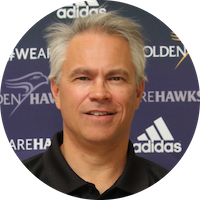 1. How did you first get involved in coaching? What was your path to your position as head coach of men’s hockey at the Wilfrid Laurier Unviersity?

After I finished university (four years at Laurier and one year at Ohio University), I played professionally for three years for the Toledo Storm in the ECHL.  My last two years of playing in Toledo I was a player/assistant coach with head coach Chris McSorley.  After we won back-to-back championships in 1993 & 1994 in Toledo, McSorley took another job and I found myself as head coach of the Toledo Storm at the age of 29.  I have been a head coach for the past 24 years, the last eight here at Laurier.

My wife Ali has been the most influential person with my coaching.  I have coached in six different cities since 1994 (Toledo, Ohio, Port Huron, Michigan, Fort Wayne, Indiana, Chicago, Illinois, Wheeling, West Virginia and Waterloo, Ontario).  I met Ali in Toledo and she's helped me grow as a coach ever since then.

My coaching style is straightforward and honest.  At Laurier hockey, we want our players to continually grow. That means constant learning about yourself on and off the ice.  We want team players who want to get better. 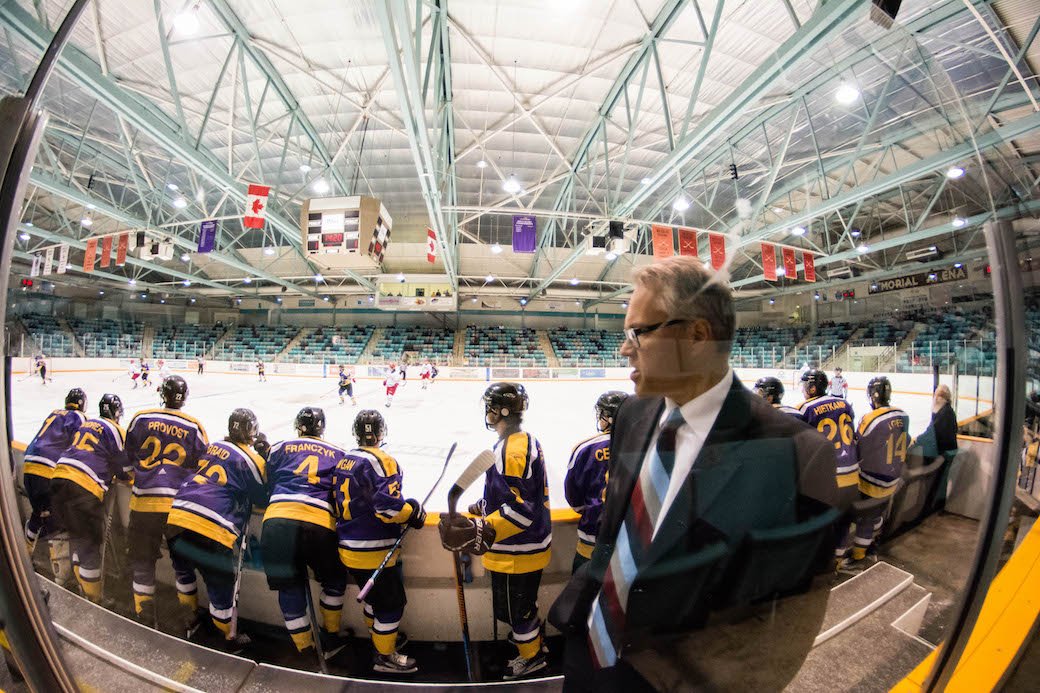 The coach I admire the most is Bill Belichick of the NFL’s New England Patriots.  His five Super Bowls and team success are outstanding.  More importantly he gives credit to the players who get the job done.  He has been able to develop a belief in their team of winning football.  Players and assistant coaches change (except Tom Brady!) and the Belichick way still works.  I like what he stands for.

As a head coach in my third year in Toledo, I donned the gear and played a game (had not played in three years).  We were short bodies (10 skaters) so I felt I had to play.  The funniest thing I had our team do was when I was coaching in Fort Wayne, 15 minutes before practice I had each player draw a fellow player's number from a hat.  I told everyone when they stepped on the ice, they had to act, skate, shoot and pass like the player's number they had drawn.  It was like an improv skit.  Each player did a 30-second skit.  Everyone was in stitches laughing and the guys were outstanding in their performances.  It was a great bonding experience and it let me know that the guys cared about each other.

My greatest coaching achievement was winning a team championship in Fort Wayne.  Our season turned around in mid-December when our 42-year-old equipment manager Joe Franke had to go in net due to an injury to our starting goalie.  Joe was our emergency backup that night because our other goalie had been called up to the American Hockey League.  The game went to overtime and Joe stopped 3 of 4 shooters in the shoot-out and we scored on 2 of 4 to win the game.  After that game, we found our purpose.

7. What’s the best advice you can give to an athlete?

Best advice I can give to an athlete is compare yourself against yourself.  Keep raising your own bar.  You’re wasting your time comparing yourself to others.

8. How have you changed as a coach over time? What principles/values etc. have remained the same?

Over my years of coaching, my principles on effort and on competitiveness have remained the same.  Working and competing are non-negotiable.  You either do or don't.  Every team works hard now, so you must have a work ethic to even have a chance.  I believe I am always changing as a coach in some way.  Your perspective and experience help guide you.  I enjoy learning new things about the game of hockey.  It has definitely changed since I first started coaching.  Coaching pro players versus university aged players is different as well so your communication methods need to change as well.

I enjoy golfing with friends, watching my daughter's sporting activities and watching football, horse racing and a good Netflix series.

Most embarrassing moment as a coach was on a road trip when I first started coaching.  I had a nap before a game and slept in.  I made it to the rink when our players were on the ice for warmup.  I did not have an assistant coach.  Players were wondering where I was at.  I made up some lame excuse.  Fortunately, we won that night.

TOP 10 TUESDAY: Guelph opens at No.1 in track and field