Slater Doggett from the Queen’s Gaels and Sandrine Mainville of the Montreal Carabins are the U SPORTS Male and Female Athletes of the Week for the period ending Feb. 4, 2018. 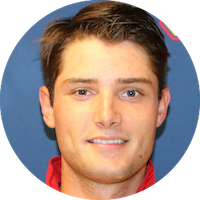 Doggett had a big week for the Gaels men’s hockey team, as Queen's won the Carr-Harris Cup over RMC and stole a win over Carleton in Ottawa. On Thursday night in front of a Carr-Harris record crowd of 3,524 fans, Doggett had a pair of goals in the 6-5 overtime win and was named the Gaels MVP for his efforts on the night. The Gaels then visited Carleton in Ottawa in another game that saw overtime. Queen's lost their two-goal lead and found themselves down 3-2 late in the game. With a power play and their goalie pulled the Gaels looked to even the score. The Ravens cleared the puck outside of the blue line, but it found its way to Doggett who broke down the right wing and scored to tie the game and force overtime with only one second left. Doggett wasn't finished there though, as at the 1:20 mark in the extra frame, he scored to give the Gaels the win with a shot from the slot. In his two games played he finished with four goals for the Gaels and one game-winner. 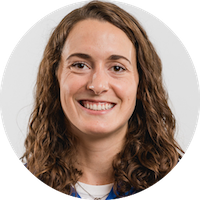 Sandrine Mainville has once again demonstrated her dominance in the pool, during the RSEQ Championship that was held this weekend in Sherbrooke. The 25-year-old swimmer won six gold medals, and was named RSEQ's Athlete of the Year and the competition. Mainville led the women's team to a sixth consecutive provincial title. In the combined category, the Carabins have also won the last six banners.