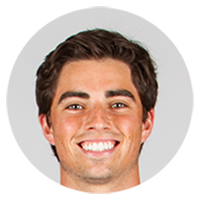 1. What attracted you to UBC Okanagan?

There are multiple factors that attracted me to UBC Okanagan. In saying that, I was initially attracted to UBCO as we were introduced into U SPORTS in my freshman year of 2014-15, which I believed would present an incredible opportunity to challenge myself in a new and unfamiliar environment. Coming into a brand new U SPORTS program, I wanted to be part of a team, a family that wanted to transform a competitive Canadian Collegiate Athletic Association (CCAA) team into a competitive U SPORTS team with support from the community, students, staff, and other athletes. Not only does UBCO have a competitive athletics program, UBCO is recognized as an institution with strong academics, as well as a smaller campus size and the incredible location in the Okanagan as you can’t exactly find another university where you can go snowboarding in the morning and then head to the beach in the afternoon. 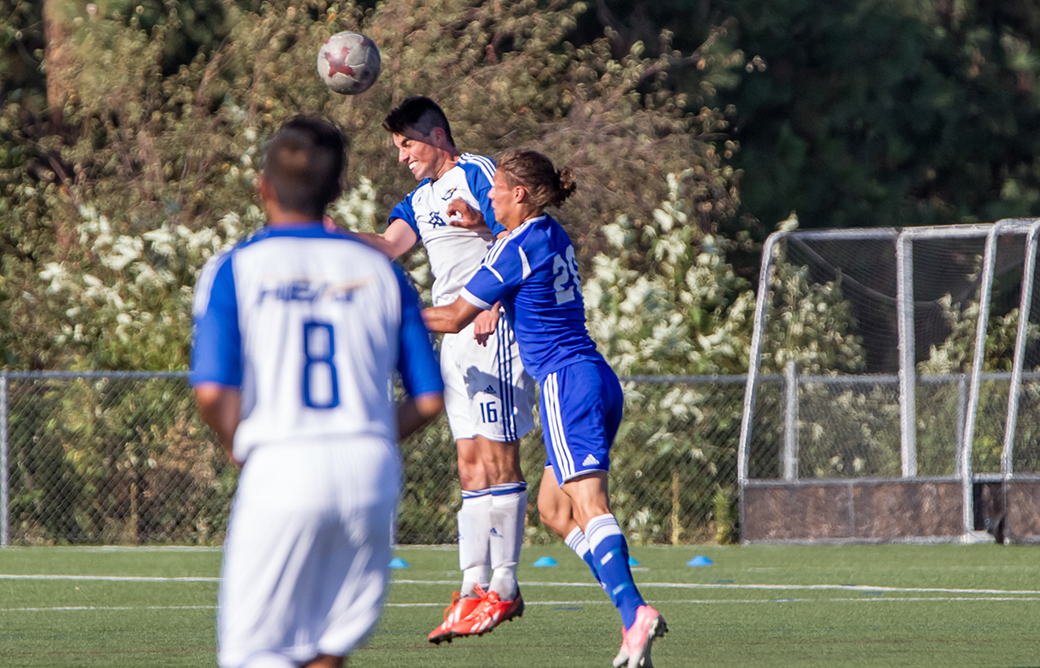 My favourite memory so far would be our third season in 2016-17 in U SPORTS. Somewhere around four or five of our wins came in stoppage time. It was the definition of a rollercoaster season with many ups and downs for the players, coaches, and supporters. Going into our last game of the season against Victoria, we needed to win and have TRU lose or tie for us to get into playoffs. TRU lost to UBC and going into the last two minutes of the game, we were tied with UVic 2-2, and needed to win. With some tactical substitutions and formation changes, we were able to score in the last minute of the game due to some hard work and determination from Nikhil Reddy and a perfectly-placed shot by Wyatt Gilbert to propel us into playoffs. It was incredible celebrating with each other on the pitch, dressing room, and all the way back to Kelowna.

My greatest athletic achievement as a U SPORTS student-athlete is a team effort, as we set the record for the most amount of minutes without conceding a goal during the season. We went 685 minutes or just under 11.5 hours of gameplay without conceding a goal. This record wouldn’t have happened without a team effort, starting from the tactics, and all the way down from the striker to the goalie. It’s an honour sharing this achievement with a great group of guys who have put in hours upon hours of hard work to achieve such a record.

After university, there’s some thought of getting into strength and conditioning with athletes and teams, specifically working with elite athletes once I’ve gained the appropriate experience, whether it be in Canada, the United States, or Europe. 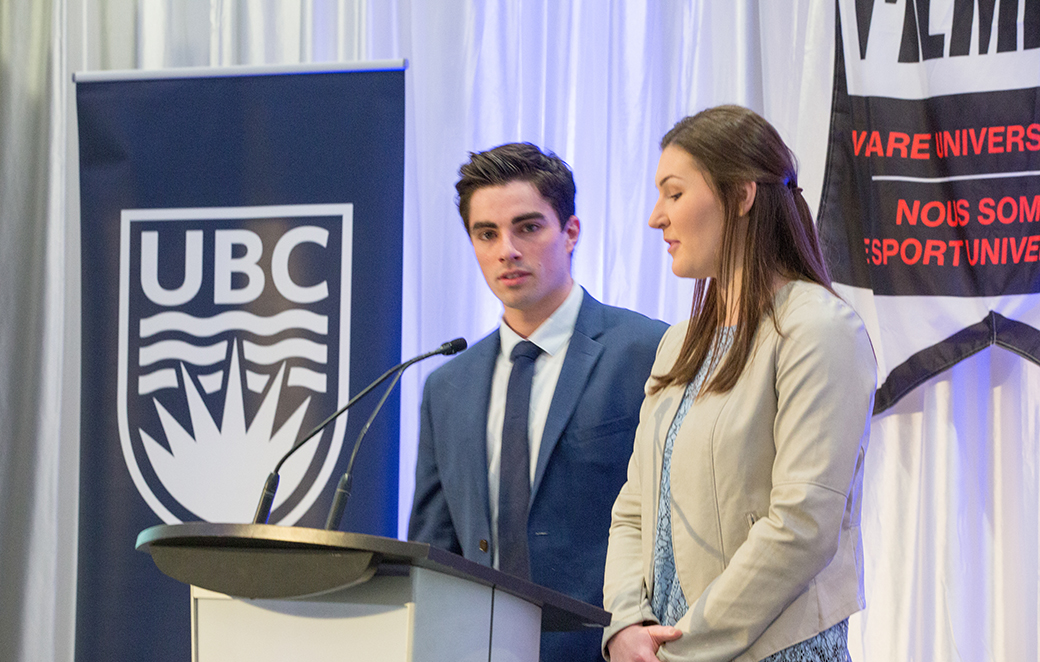 The greatest influence on my athletic career would be both Chris Bennett and Carlo Corazzin. Together, Chris and Carlo created environments that helped each individual player play to their full potential. Every lesson, every fundamental, every tactic helped me grow as a player, individually, and as a leader. Not only did they have different coaching styles and personalities, but they showed us how true footballers act, carry themselves, communicate, lead, and ultimately showed us the love for the game. I am forever grateful for being able to learn, train, and develop as an individual in the short time they coached. Also, my family for being there since Day 1 and would not be here without their support and encouragement.

I would love to sit down and have dinner with Sir Alex Ferguson, arguably the best manager football has seen. Ferguson is a mastermind when it comes to soccer and has coached incredible players during his time, and so I would love to pick his brain about soccer and hear his story as one of the great leaders in sports. I’d love to understand how he successfully managed so many different, unique, and challenging teams with multiple different personalities within the team. He is a true legend in the sports world.

My pre-game ritual varies with the time of each game, but for a 7:00 p.m. game, I’d have a massive breakfast around 10 a.m., watch some sports highlights, hydrate, go for a walk while listening to some music and thinking about the game. Usually, I’d check the standings, stats of each team, watch some game film against those players I’d be playing against, and then another meal 3.5 hours before game time. Show up to the field, get changed, listen to some music with the guys, and head out to the pitch.

Probably the worst go-to song to get pumped up to, but it would be The Time is Now by John Cena as it has been a running joke within the team since our inaugural year in the league. Or another classic that probably every other athlete listens to is Can’t Be Touched by Roy Jones Jr., but mainly Kendrick Lamar right before practices and games. 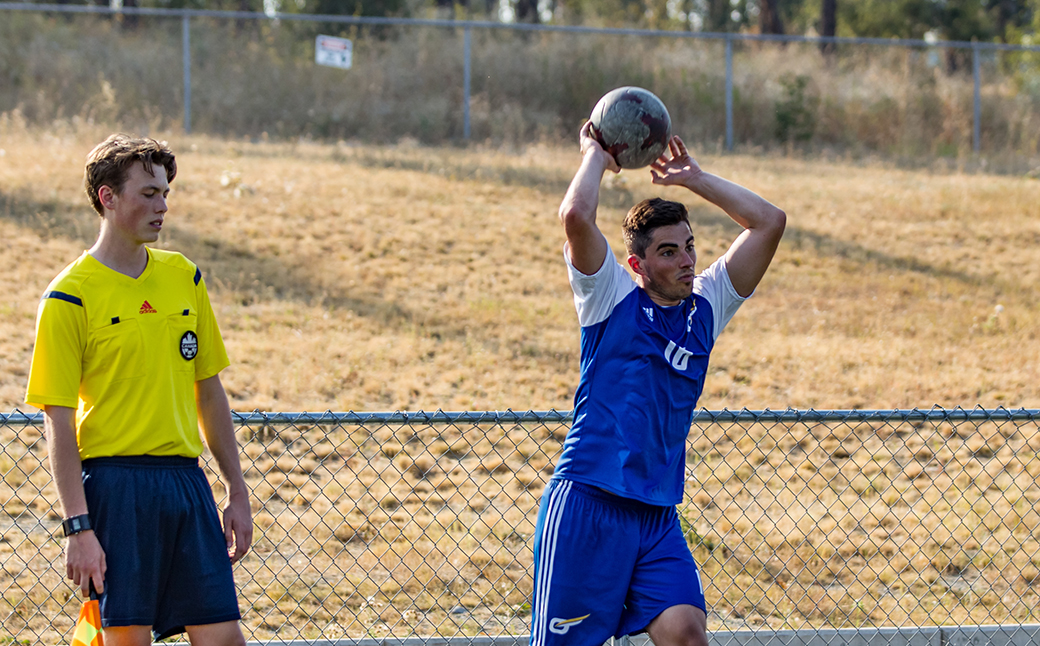 Probably @visubal as they have incredible highlights and stats across all soccer leagues and so I spend a majority of my time scrolling through their page.

If I could try another sport, it would probably be surfing. Everything about surfing looks great so why not?

Two things. The first was scoring an own goal leading to a loss against Victoria in my freshman year, and then an embarrassing moment shared with a former teammate. Again, playing Victoria on the road, and our goalie saves a shot and then proceeds to throw the ball into a midfielder, but then hits the back of my head, and falls to their forward who then scores. The footage was definitely sent into Sportsnet by a couple friends in hopes to make the “Not So Top 10 of the Week”.

Getting to know your U SPORTS athletics staff: Martine LeBlanc, Moncton Aigles Bleus