Caleb Clarke of the UBC Thunderbirds and Lauren Houghton from the Calgary Dinos are the U SPORTS Male and Female Athletes of the Week for the period ending Sunday September 16th, 2018.

UBC’s star forward Caleb Clarke dominated the pitch Sunday with a hat trick to power the Thunderbirds to a fifth straight win, 4-1 over the Calgary Dinos. Just a day earlier, Clarke scored his third goal of the season to give UBC some added insurance in a 3-0 victory over the Saskatchewan Huskies in Saskatoon.

Clarke’s four-goal weekend has him in fourth place on the U SPORTS leaderboard with six. The Richmond, B.C. product is also tied for second place in points with eight.

Thanks in part to Clarke’s early season heroics, the Thunderbirds find themselves in seventh place in U SPORTS standings with an undefeated record of 5-0-1. Besides leading the conference with a 2.67 goals per game average, the ‘Birds have been defensively solid allowing a Canada West best 0.5 goals against per game.

UBC will put their five-game win streak on the line back home this weekend against a pair of Prairie Division opponents, as they host the Mount Royal Cougars Friday night followed by the MacEwan Griffins on Saturday. 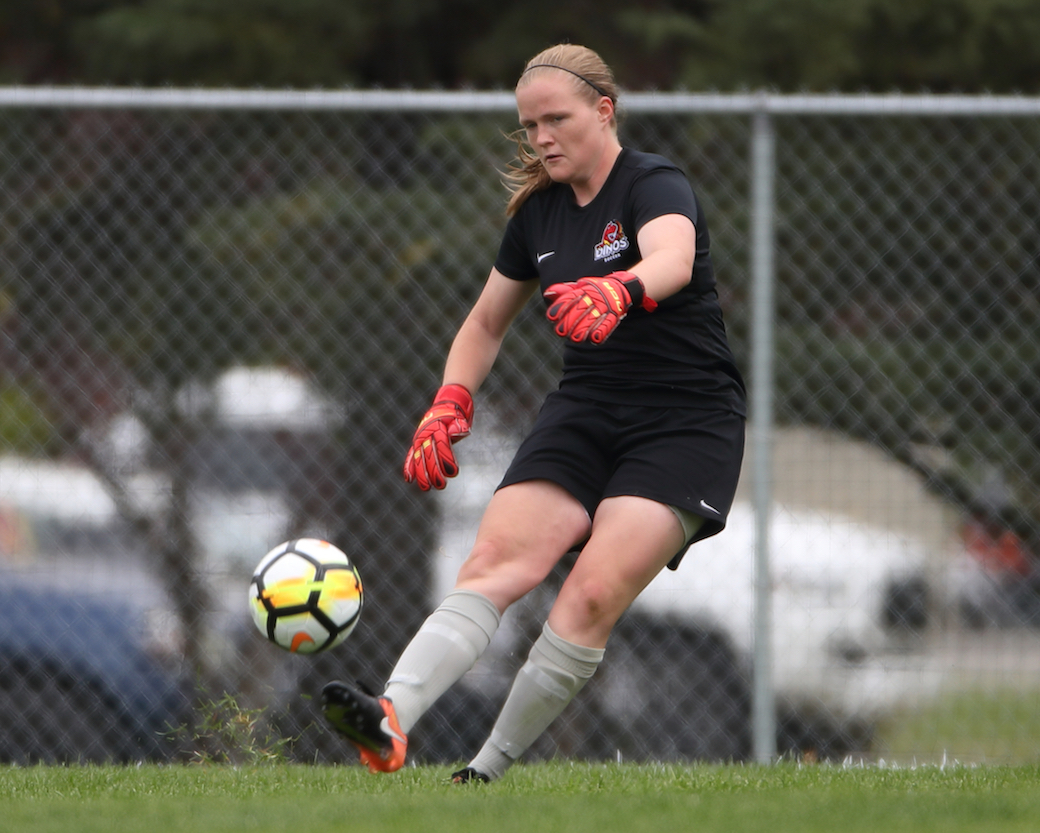 Since surrendering a pair of goals in her team’s season opener, Lauren Houghton has been unbeatable in net for the University of Calgary Dinos.

The second-year goalkeeper started both games for the Dinos on their B.C. road trip over the weekend and turned away all 13 shots she faced from the Victoria Vikes and UBC Thunderbirds.

Both games ended in 1-0 wins for Calgary, which wouldn’t have been possible without strong performances by Houghton. She made seven stops against the Vikes and turned away six attempts the following night from the Thunderbirds.

Houghton now has three consecutive clean sheets, having blanked the Mount Royal Cougars back on Sept. 9.

The Dinos women’s soccer team goes from one end of the conference to another for their next games, as they face the Winnipeg Wesmen, followed by the Manitoba Bisons, from Sept. 22-23 in Winnipeg.