Brad Hildenbrandt of the Fraser Valley Cascades men’s wrestling team and Kylie Masse from the Toronto Varsity Blues women’s swimming squad are the U SPORTS Male and Female Athletes of the Week for the period ending Feb. 10, 2019. 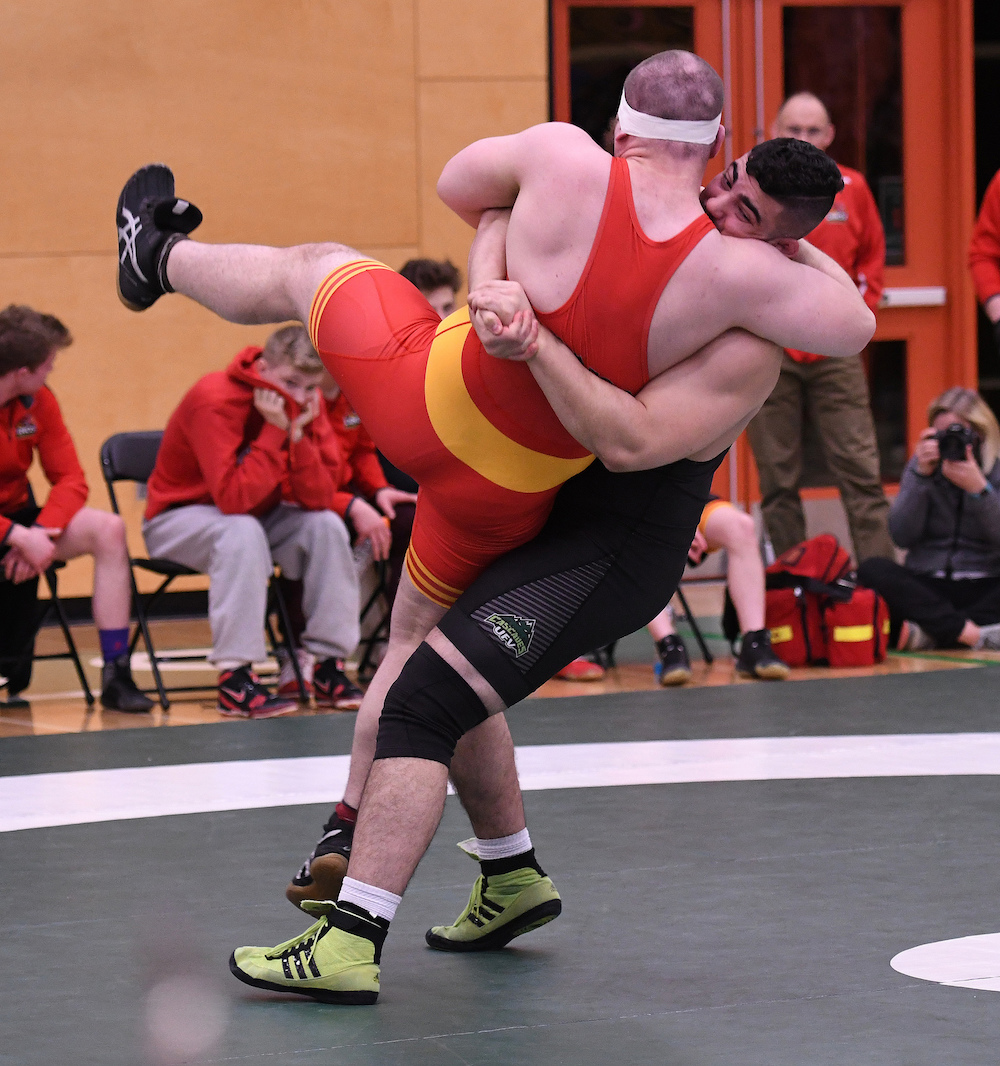 In a historic week for the Fraser Valley wrestling program, Hildenbrandt carved out some history of his own. UFV hosted the Canada West Wrestling Championships for the first time, and Hildenbrandt not only won his third straight conference title in the heavyweight (120 kg) division, he was voted the CW Wrestling Male Athlete of the Year, becoming the first Cascades men’s wrestler to earn that honour UFV’s fourth-year team captain was dominant on the mat – he won his first match via pin, and his other two by technical superiority. The Cascades men’s team finished third overall with 33 points to match the best finish in program history. Hildenbrandt – and 10 other individual medalists for the Cascades – have earned the right to advance to the U SPORTS national championships hosted by the University of Calgary, Feb. 22-23.

Appearing in the last OUA Swimming Championships of her illustrious career, 2017 FINA world champion Kylie Masse earned her fifth consecutive OUA female Swimmer of the Year honour in leading the Varsity Blues to their sixth straight provincial title. The 2016 Olympic bronze medalist won four individual and two relay gold medals, while breaking four OUA records in the process. Masse won the 50 and 100-metre backstroke events for the fifth time in her career, earning OUA Major Grand Slam awards for both, while tying her own OUA record in the former. After also winning the 50m freestyle for the second straight year on Day 2, the kinesiology major earned a Grand Slam by winning her fourth career 200m backstroke title in OUA record time on Day 3. To top it all off, Masse helped the Blues to OUA record-breaking performances in the 200m freestyle and 400 medley relays. The swimming phenom finishes her career undefeated at the OUA championships, having never lost a race.

Masse’s performance helped the Varsity Blues knock off the reigning U SPORTS champion UBC Thunderbirds from the No.1 ranking for the first time since Nov. 1, 2016, heading into the national championships Feb. 21-23 at UBC.