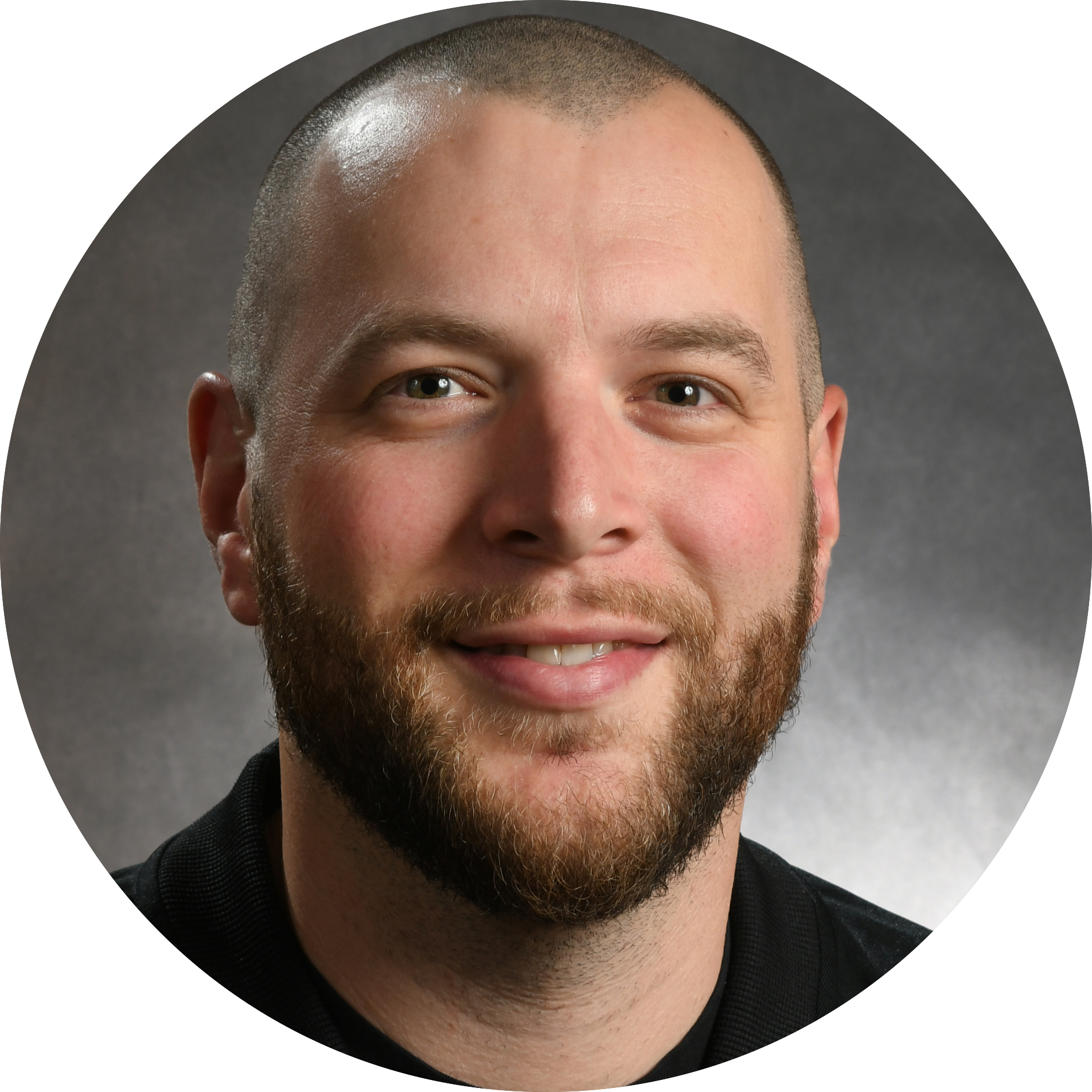 1. How did you first get involved in coaching? What was your path to your position as head coach of Cape Breton?

I first started coaching when I was in Grade 9.  My older brother Andy, who is two grades ahead of me, and I coached a house league team in the Welland Minor Basketball Association. From there it evolved into taking my own team, into taking the lead at CBU’s summer camps and Monday night basketball school.

It was during my undergraduate time at CBU that I decided I wanted to be a coach.  That led me to do my honors thesis in a sports psychology topic, and propelled me to do my Masters in Sports Psychology at the University of Calgary.  While I was there, Coach Dan Vanhooren gave me a ton of responsibility as a young coach – I will forever be grateful for that. I tried to do as much as I could in a short period of time: I managed and coached a club team, got involved with provincial team programs, and with the Alberta Centre for Performance.

Fortunately, Leo MacPherson hired me to be the head women’s basketball coach at StFX after I completed my Masters degree.  I loved my time there and we were able to get the program’s best finish in school history, finishing fourth at nationals in 2011.  When the opportunity to return to my alma mater came up in 2012, it was something that I couldn’t pass up!

I think the most prominent influence on me, especially at a young age was my high school coach Mike Rao (now the head coach of the Brock University women).  He taught me that it is hard to be successful – that you have to work and sacrifice in order to get want you want.  All lessons that I still use today and hope to pass along to players in our program.

Coach Dan Vanhooren has shaped my coaching style and career so positively.  We have developed such a strong bond over the years, and he was able to show me sides of the game that I wasn’t able to see when I first started coaching; how to show you care for players in your program, how to prepare student-athletes for life after basketball, and how to prioritize your time effectively.

Wayne Thomas, a coaching legend in Calgary showed me how to connect on a daily basis to the details of the game for the players.  Steve Baur (Assistant coach, senior women’s national team) constantly challenges me see basketball and everyday coaching from a new perspective.  Dan Pearson (assistant coach, University of Calgary) pushed me to shape my thoughts of the game into action.  And down the hall, coach Fabian McKenzie, who is one of the best in the business, pushes me to be at my best for CBU.

I would like to think I am demanding with the ability to read the student-athletes.  Our program is built on character first, so we work on that everyday just like any other skill.  With that as our basis, it quickly reveals who can cut it and who can sustain excellence within what we are trying to do.

The gold standard for coaching in Canada was/is Dave Smart.  What he was able to accomplish at Carleton has set a bar that I am confident no one will ever reach.

I am not sure these qualify as out of the box or not because they worked well for our program at the time, but I “platooned” 5-on-5 off for a few games one season, and this year we hired a female assistant coach.

First of all, being able to become the head coach at my alma mater was an incredible achievement for me.  It was something that I always wanted to do, and a place that I am very passionate about.  To be able to win an AUS title for CBU is something I will always remember. 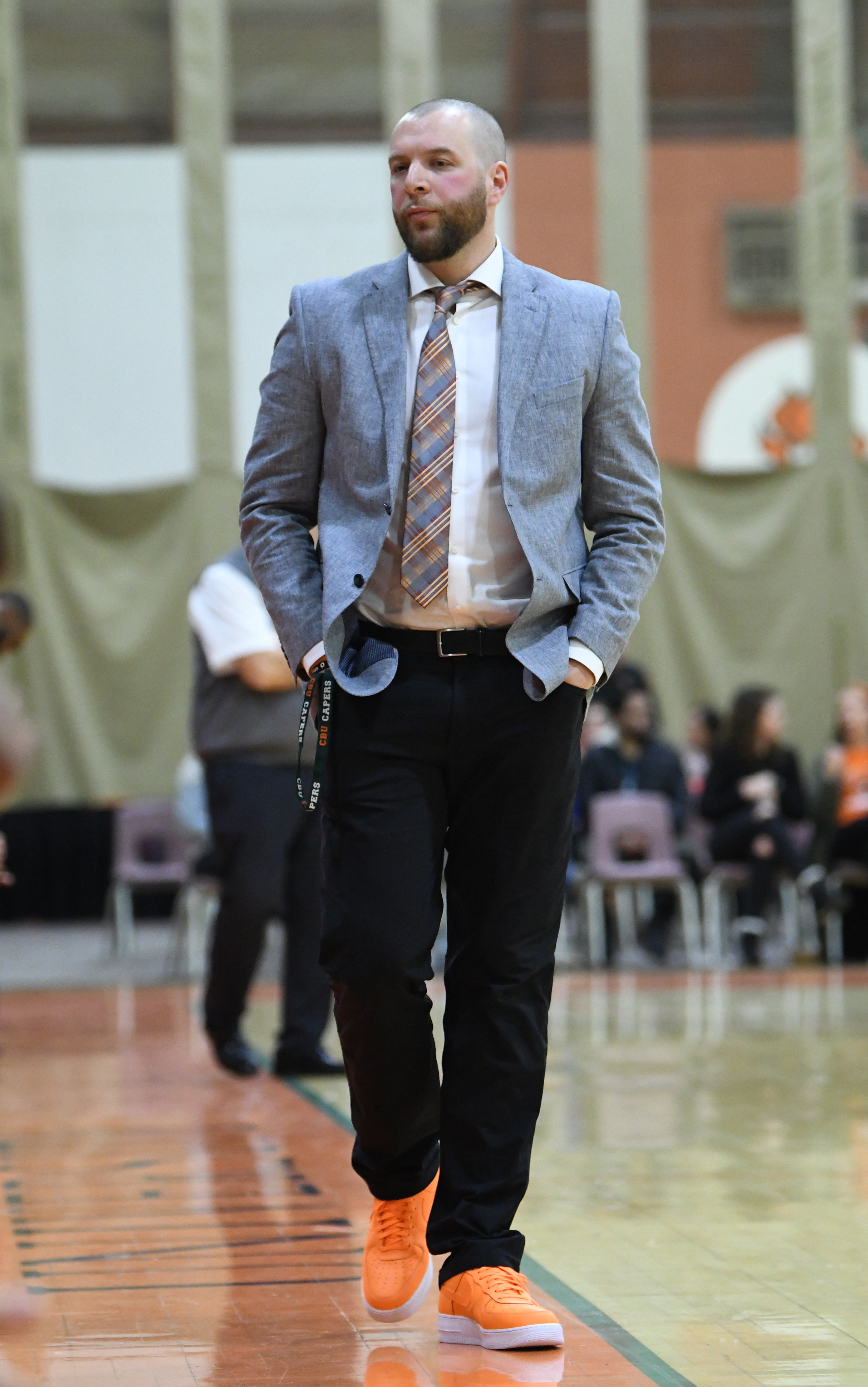 Secondly, winning the national championship with the University of Calgary Dinos was incredible.  For a team that just about everyone thought couldn’t win, that group had a special bond, cohesion and work ethic that will be hard to be matched in my career.

The two things I preach to young student/athletes are patience and perseverance.  The likelihood of you entering a good program and being a star right away at the U SPORTS level is very small.  The best teams are, for the most part, full of veteran players who have great strength and experience.  Young student-athletes need to practice patience in building up their strength, confidence, and awareness, while achieving success on and off the floor.

Perseverance stems from the U SPORTS experience – that first month for most student-athletes means a new school, a new coach, new food, a new bed, new professors, and being able to adapt in that first month is difficult.  But if you can get through that, as well as your first set of mid-terms and succeed, you will be set up for your career!

I have tried to practice more patience and to better my communication over time.  As most coaches are, I am competitive and have at times, expected results too quickly.  Further to that, I could understand what I was saying and what I wanted the team to do, but sometimes they could not follow, so I have tried to change my teaching approach and make sure I am very clear with my instructions.

I think at the core of everything, relentlessly seeking success with family, school, and basketball has always remained the corner stone of every team I have coached.

I really enjoy being physically active.  I love to lift weights, practice hot yoga, and go hiking with my two dogs.  I try my best to take care of myself so that I can stay energetic with my team day in and day out during the season.

During my third season at CBU, we were playing a regionally televised game against Acadia.

During our huddle prior to the third quarter starting, I knelt down to talk to the team and my suit pants split from my rear waist band all the way down to my right calf!  I was so frantic that I didn’t call a timeout during an early run by Acadia, and mistakenly chewed out one of my assistants who went to retrieve a pair of jogging pants for me.  I was able to slip them on over my busted suit pants and coach the rest of the game.  Only a few of my friends from the crowd texted me after the game and asked about my “wardrobe malfunction.”

Getting to know your U SPORTS student-athletes: Hannah Park, Mount Royal Cougars