U SPORTS proudly announced Sunday its women’s basketball programs had raised $70,882.69 for the Canadian Cancer Society (CCS) in 2019-20, thanks to the 13th edition of its annual Shoot for the Cure initiative.

The impressive amount was unveiled during the championship final – between the Saskatchewan Huskies and Brock Badgers – of the women’s tournament at the U SPORTS Final 8 Basketball Championships, hosted jointly by the Ottawa Gee-Gees, Carleton Ravens and the Ottawa Sports & Entertainment Group at the Arena at TD Place. Jeff Speedy, head coach of the UNB Reds and Shoot for the Cure Project Manager, presented a cheque to Mairi Liska, fundraising assistant for the Ontario Division of the Canadian Cancer Society. 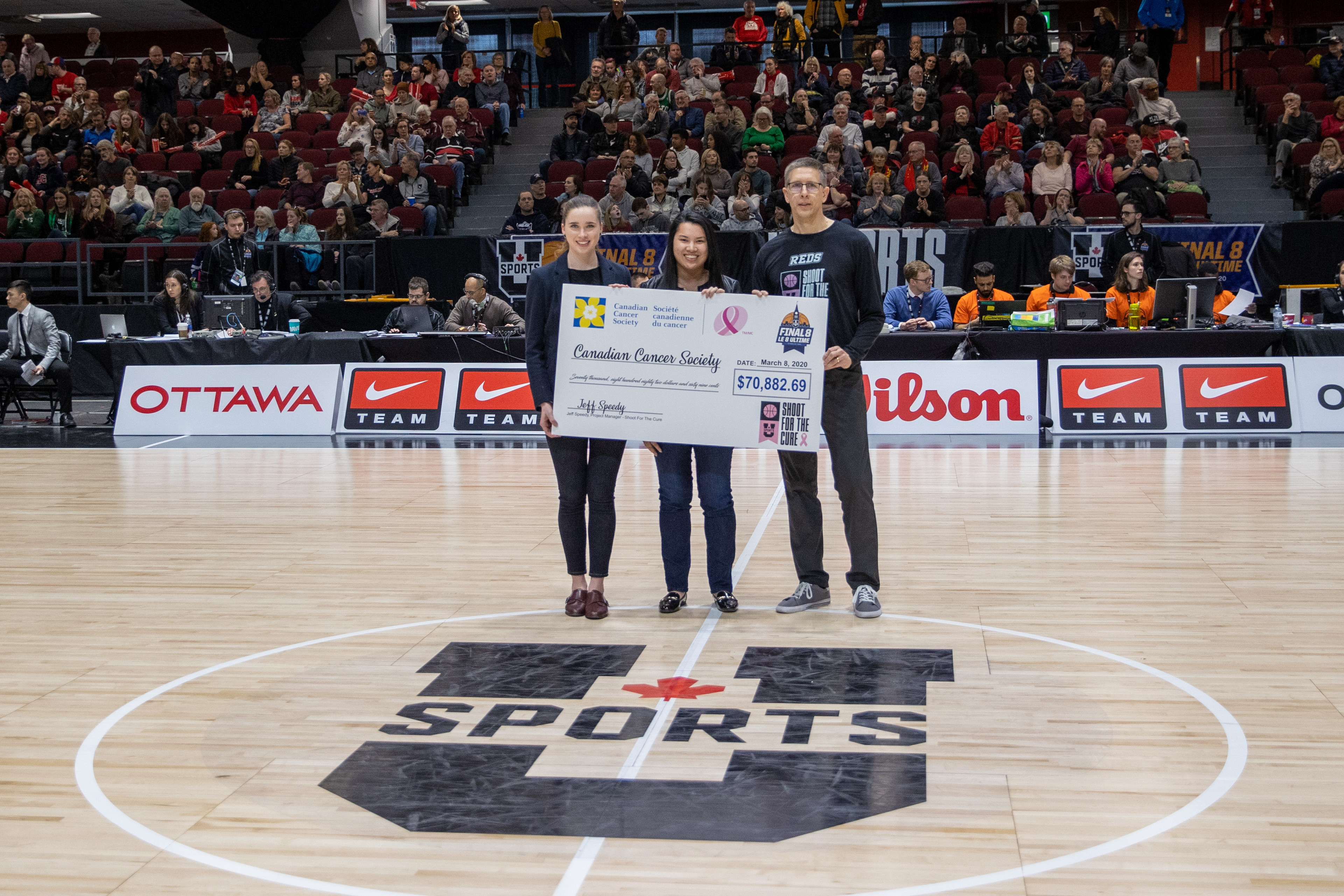 An additional $35, 844.03 was amassed by schools that elected to donate their fundraised money to local or provincial organizations, bringing this season’s Shoot for the Cure overall total to $106,726.72 and the 13-year total to $1,456,407.26 since the initiative was launched in 2007-08 to raise awareness and money to fight the deadly disease.

With the Ontario Tech Ridgebacks debuting in their inaugural season, the initiative grew to 48 U SPORTS women’s basketball programs taking part – marking the ninth straight year of full participation and each program holding one or numerous fundraising games or activities over the course of the campaign. This season, the first-ever Shoot for the Cure marketing campaign was also launched in an effort to raise $100,000 in honour of the centennial season of U SPORTS women’s basketball.

The money will be donated to the Canadian Cancer Society, after the organization merged with the Canadian Breast Cancer Foundation (CBCF) – the previous recipient of Shoot for the Cure funds.

For more information on the Canadian Cancer Society or to make a donation, click here

SHOOT FOR THE CURE YEAR-BY-YEAR DONATIONS