In a challenging year for university sports across Canada, women have had the opportunity to shine brightest.

Over the past 12 months, the inaugural U SPORTS Female Apprentice Coach Program has given recent graduates within the last decade – many of them fresh from their playing days – the chance to kick-start their careers behind the bench.

“It’s really pushed me to not want to be comfortable,” says Sarah-Kim Bergeron, an apprentice coach with the Bishop’s Gaiters women’s soccer program, who took home the 2017 Student-Athlete Community Service Award in her lone season with the team. “It’s really pushed me to look at my relationships, look at the way I learn, look at the way I coach and thrive to be better.”

That development of young women is also helping fill a much-needed void in the industry. Funded through Sport Canada during its first year, the new program aims to increase the number of females in coaching positions across Canadian universities, which represent the largest employers of coaches across the country, yet are mostly dominated by male staff.

As a result, 18 apprentice coaches were given a platform during the 2020-21 campaign to serve as role models and a relatable voice for female-identifying student-athletes – one they could trust and turn to as part of their development. In turn, the apprentices have been able to grow their own leadership skills while working with the head coaches on their respective teams, often having competed for them as former varsity players themselves.

Charlotte Sider, a former U SPORTS First Team All-Canadian, OUA East Player of the Year, and national beach volleyball star, suited up for five seasons with the Toronto Varsity Blues from 2010-15 under head coach Kristine Drakich. Together, the pair won a conference title in Sider’s final campaign before reuniting as apprentice and mentor this past season. 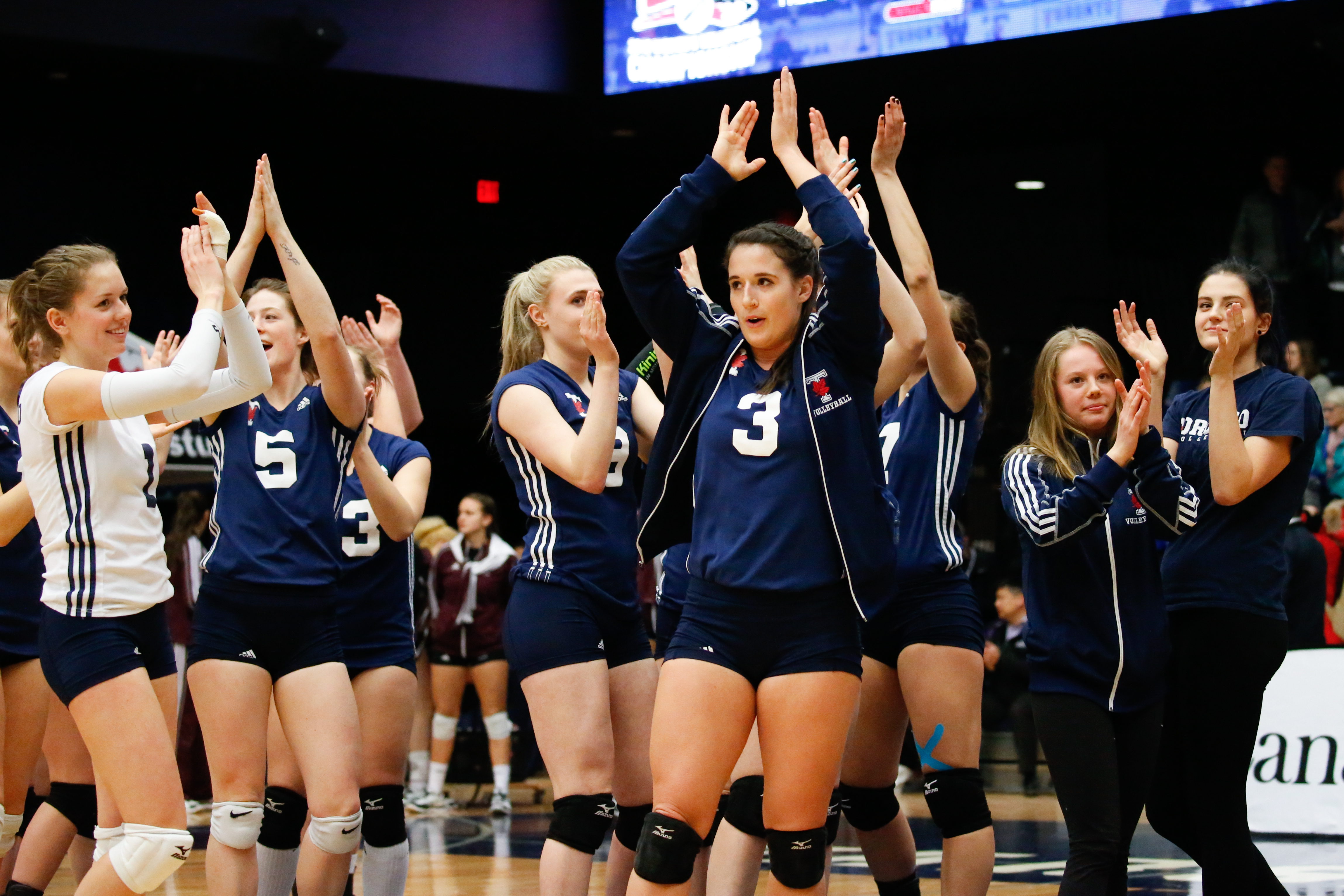 “She has insights into where you need to stand up as a female coach. She provides extra affirmation in those areas knowing that it might be difficult where the gaps are for females,” says Sider of Drakich. “Just having someone behind you and nudging you forward helps you recognize areas that you need to stand strong in….(That) empowerment is huge.”

Renée Gauvin, an apprentice with the Moncton Aigles Bleues women’s soccer program who played for the team from 2014-18, understands the effects that the absence of female role models can have on young girls looking to get involved in sports. The Moncton native, who also works at Soccer New Brunswick, had only two impactful female coaches herself out of over 30 while growing up on the pitch.

Hoping to create a different experience for the next generation both on campus and locally, motivated her to participate in the program.

“As we start to get more females involved in elite coaching, the female players will feel more represented. I don’t think it’s only important for the female athletes but also for the community. Having these young players, having these important mentors to look up to is the first step to actually changing the game.”

With conference play and national championships cancelled this year due to the COVID-19 pandemic and the ability to impact game strategy limited, the program tested the apprentice coaches on their creativity to adapt and leave an impact in new situations. 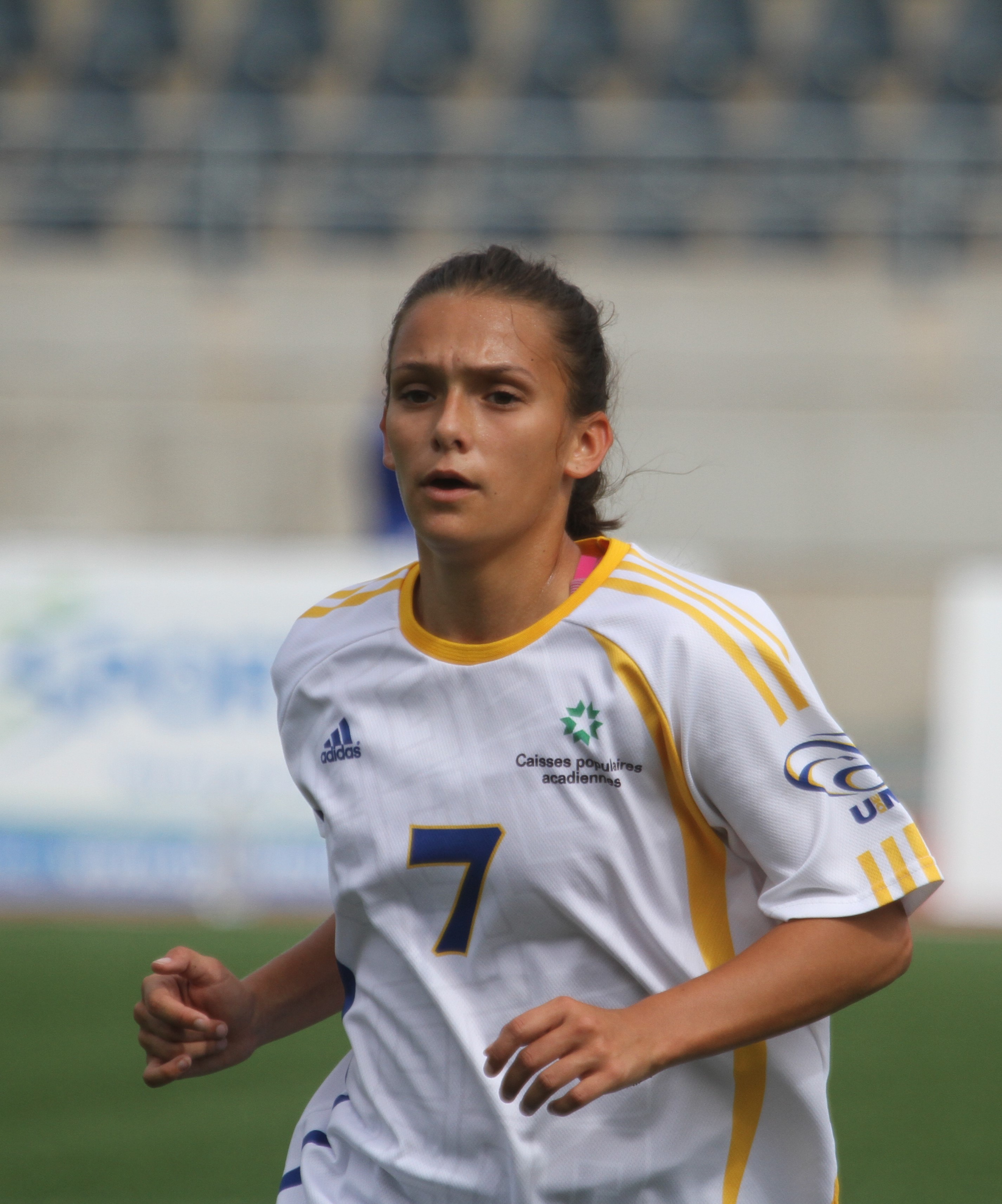 Some have had the opportunity to give instruction, feedback and address skill development in training sessions or exhibition action when restrictions were lifted in their respective provinces. Others focused more on motivating their student-athletes through virtual workouts, engaging the team in other online activities, and overseeing additional key areas with the coaching staff such as recruitment, scouting, academic mentorship and external community youth programming.

Despite the obstacles faced, the program has had left its desired mark on the nation. With 46 applications received for the second edition set to kick off on Apr. 1, the interest level nearly doubled, culminating in the announcement of the next crop of 18 apprentice selections on International Women’s Day earlier this month.

“Running has been my life for a while and I really am super passionate about the sport – it’s given me so much over the years and really shaped the person that I am today,” says Kala Stone, who apprenticed with the Victoria Vikes cross country and track and field teams under Vikes head coach and Olympian Hilary Stellingwerff. “If I can give back just a little bit to that sport – a little bit of what it gave to me – I would be really happy if I can pass along some of that passion to my athletes.”