Laval Rouge et Or quarterback Arnaud Desjardins, Windsor Lancers defensive back Andrew Beatty and McMaster Marauders kicker Adam Preocanin are the U SPORTS Football Players of the Week for the period ending October 10, 2021. 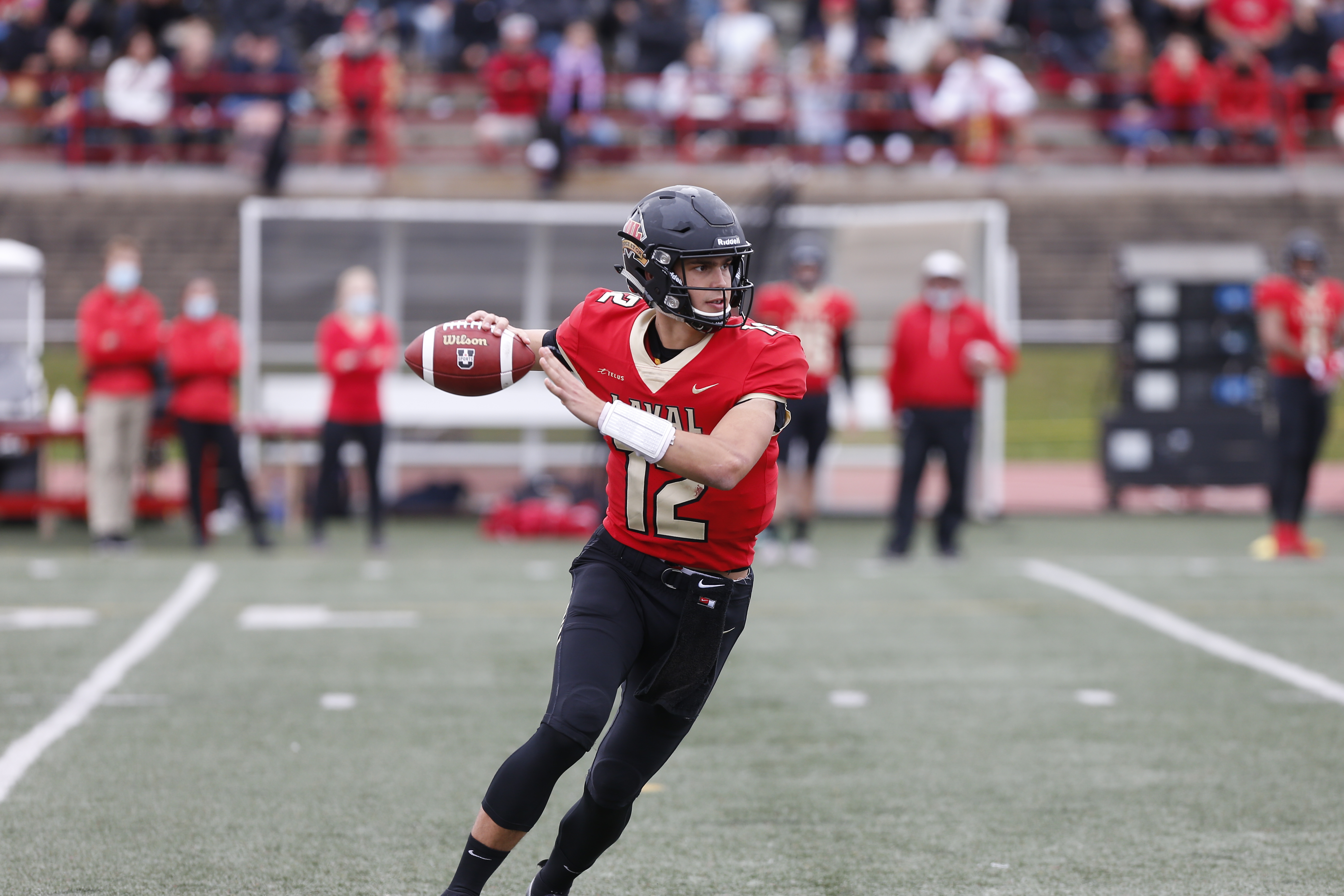 The law student completed 24 of the 33 passes he attempted for 308 yards and four touchdowns.  He also carried the ball eight times for 30 yards as Laval clinched a post-season berth in RSEQ football. 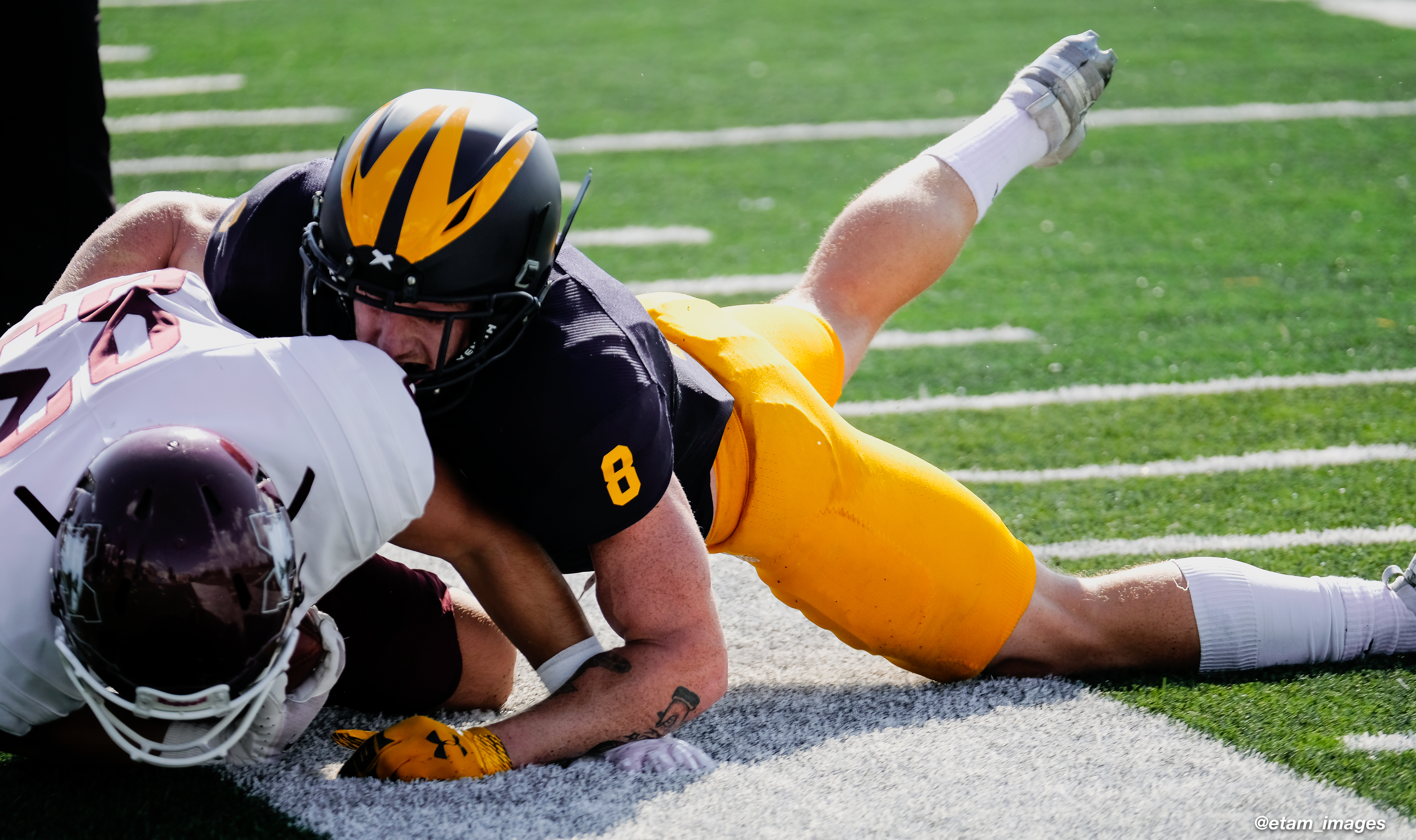 Fourth-year defensive back Andrew Beatty had nine tackles, including seven solos, while recording his first career interception as the Windsor Lancers upset the No. 5 McMaster Marauders 27-24 in overtime at Alumni Field.

The interception snuffed out a McMaster drive with 1:23 remaining in the first half. Beatty picked off an Andreas Dueck 15 pass attempt at the Windsor 48 and returned the ball 12-yards to the McMaster 50-yard line. 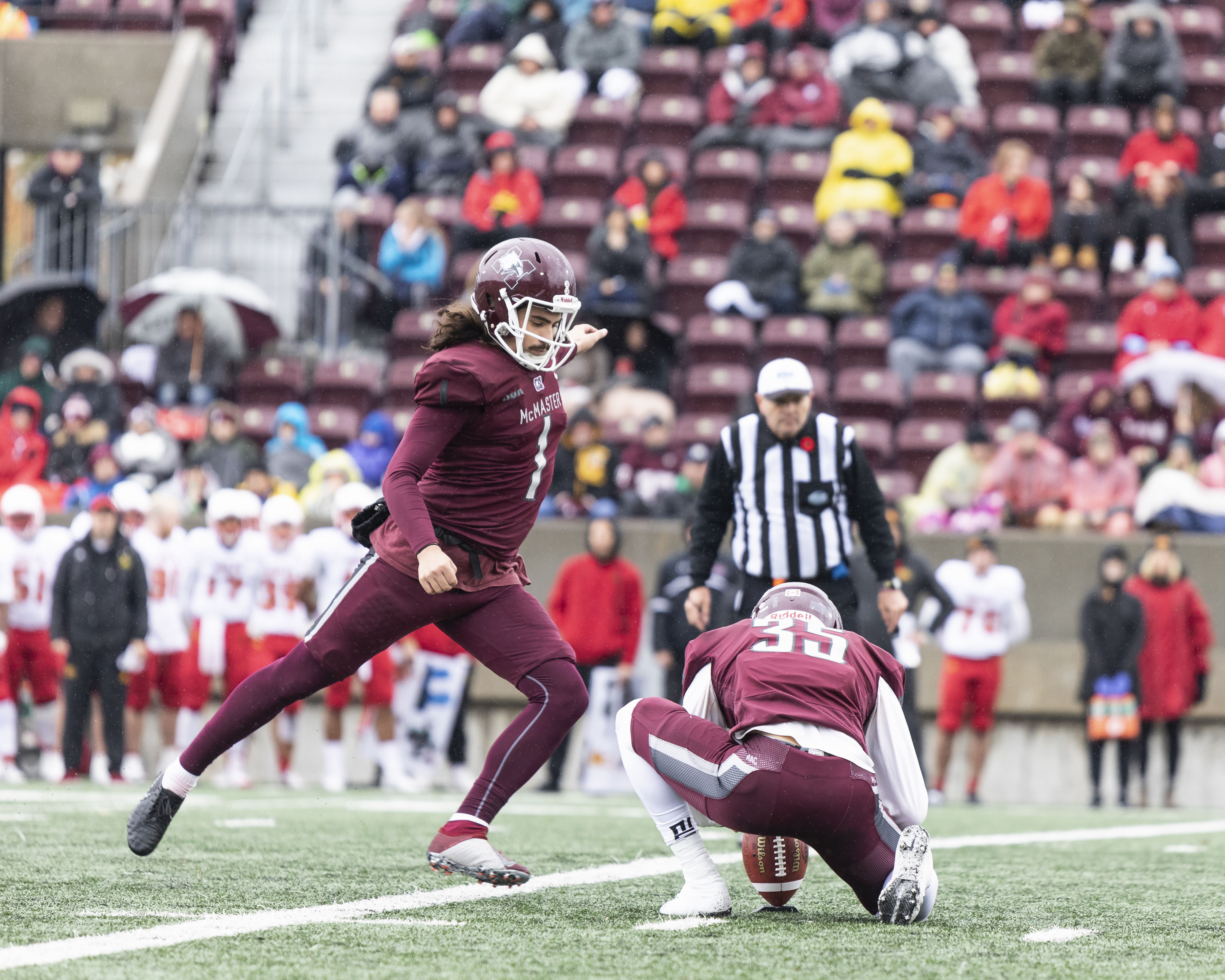 On Saturday, kicker Adam Preocanin accounted for 16 of McMaster's 24 points in an overtime loss at the Windsor Lancers.

The fifth-year Social Science student was five of seven in field goal attempts, splitting the uprights from 19, 45, 18, 11 and 43 yards, respectively. His 43-yarder in overtime gave McMaster a lead in the shootout forcing Windsor to score a touchdown on their possession to win.