On the back of a strong second-half performance, the Western University Mustangs defeated the University of Saskatchewan Huskies 27-21 to win the 56th Scotiabank Vanier Cup, presented by Levio, in front of 5,600 spectators at the TELUS-UL Stadium in Quebec City. This was Western’s eighth U SPORTS football championship in the school’s history. 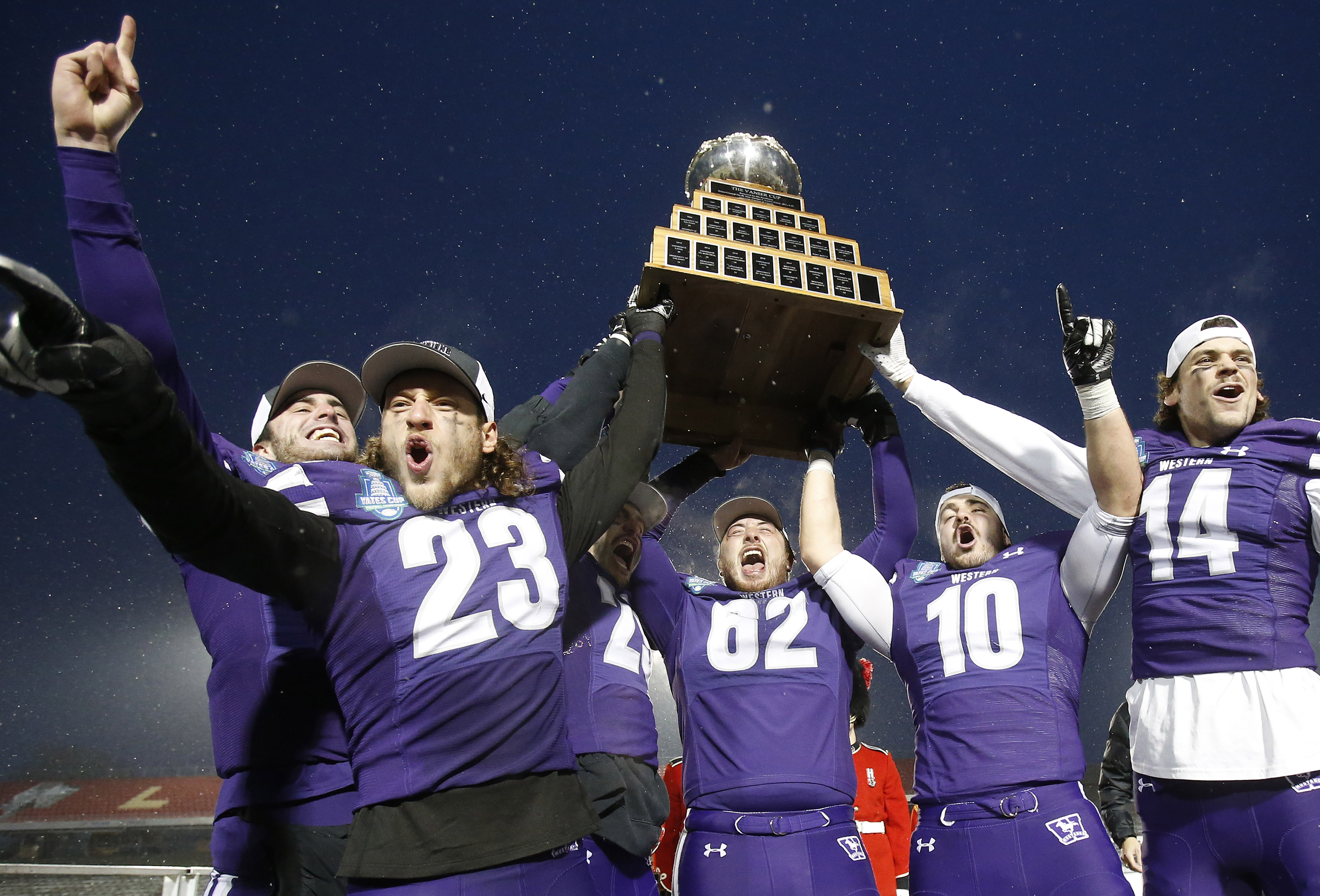 Head coach Greg Marshall’s men who lost the national final on this very same field back in 2018 left Quebec City with the cup in their hands this time around after scoring a pair of third-quarter touchdowns, both on passes by quarterback Evan Hillock to fourth-year receiver Griffin Campbell. Hillock was later awarded the Ted Morris Memorial Trophy as the game’s MVP.