As Jazlin Barker prepared to play her final season of university basketball this year, the Concordia veteran never anticipated all the loss she was about to endure. Today, she plays for all those in her life who will never be able to play again.

“I lost my cousin to gun-violence in July, my best friend due to a car accident in September, and my childhood friend, that I was still really close with, to gun-violence in December,” she says. “Losing anyone in life is a tough thing to deal with. Especially when it’s someone as close as a family member or best friend. Basketball gave me an outlet and really helped me push through this extremely hard time.”

Originally from Scarborough, Ont., the 22-year-old Stingers guard attributes her love for the game to her father and her late uncle. Today, she aims to honour those she has lost through basketball.

[My dad] always had a love for the game and it grew on me. But ever since my uncle passed, I’ve been more inspired to play because he loved playing.

Despite a late start in her basketball career, Barker - who didn’t join a community team until Grade 10 - quickly became a player to watch. After playing for the Scarborough Blues – her community team where she went on to win a gold medal in the top division - Barker joined a summer league that took her to various destinations worldwide. These opportunities allowed her to play in front of NCAA coaches, but Barker ultimately found her home at the U SPORTS level among the Concordia Stingers. 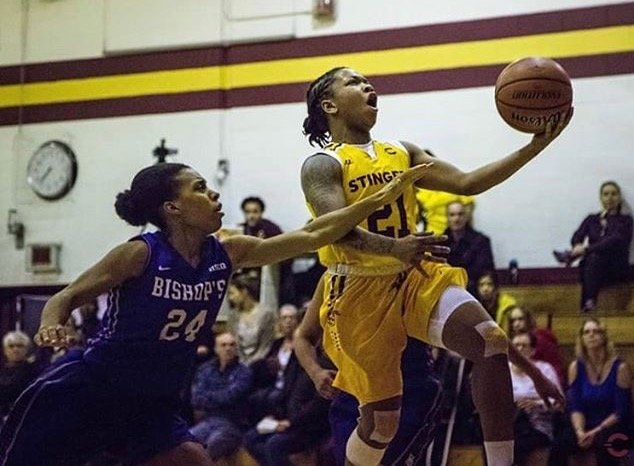 “I got recruited by (a) great coaching staff with a lot of knowledge of the game,” she says. “It has been a pleasure playing for Concordia.”

Barker quickly made herself known through her ability and skill on the court. In a game last season, a quick crossover stunned her opponent, leaving Barker open to take a shot, which she made effortlessly. Shortly after the Stingers athletic department posted the video onto social media, Bleacher Report - a popular sports website with over 5 million followers - reached out for a copy of the video. It wasn’t too long after that when other accounts began re-posting the play.

“It felt good having one of my plays go viral on Worldstar,” she says of the content aggregating video blog. “I wasn’t expecting it to go viral at all.”

Barker credits her success and passion to her loved ones who have passed.

“(They) were big supporters of my craft and always said how proud they were of me,” she says, “My passion for the game became a positive distraction from what was going on in my personal life."

Where I grew up, not many people choose the sports route. If I hadn’t chosen basketball, then I’m not sure where I would be today.

As Barker’s career nears its end this weekend, she can’t help but be grateful to the game for the positive impact it has had in her life as well as all the people she has met through it. Barker would have been justified if, due to a great deal of sadness, she chose to hang her sneakers up. However, as she approaches her season finale, despite playing it with a heavy heart, she aims to leave everything on the court.

“I know they would want to see me persevere no matter what,” she begins. “So I choose to fight through the pain and play each game with them in heart.

“One of my favorite team memories was last year’s playoff weekend. The weekend didn’t end the way we wanted it to but, before the semifinal game, we watched this motivational video - it was of us that the staff had put together - and we all just had faith and believed. We went on and won the semifinal game against a team we had lost to all season. That feeling of excitement is something I will never forget.”

While she may not know her exact plans for the future, one thing is certain for the graduating Stinger.

“Whether I’ll be coaching, training, or playing,” she says, “it will be basketball related.”

Despite the occasional breakdown and constant disbelief regarding her losses, Barker adds that she will continue to keep her head up and fight through the pain because, “that’s what they would have wanted me to do.” 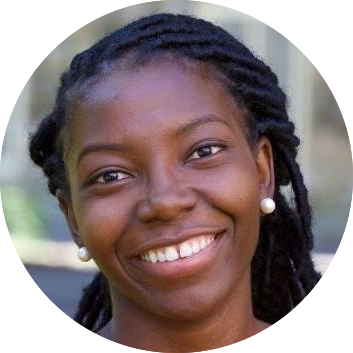 Josie is a journalism student at Concordia University and is a regular contributor to the university newspaper The Link as well as Her Campus Concordia. She has grown up within the sports culture and she loves playing, watching, and writing about sports. She finds inspiration not only in the dedication of the athletes, but also in the passion of the fans.

TOP 10 TUESDAY: Carabins back in front ahead of women’s volleyball playoffs