U SPORTS, the national brand of the university sports in Canada, announced Friday a pair of special initiatives to mark the centennial season of Canadian university women’s basketball.

Over the course of the second half of the landmark 2019-20 season, U SPORTS will mark these special anniversary celebrations by unveiling the Top 100 players of the century, chosen by a committee of U SPORTS women’s basketball coaches and partners.

A select group of the Top 100 will also be profiled on USPORTS.ca beginning Feb. 6 – marking the 100th anniversary of the first Canadian university women’s contest between the Queen’s Gaels and McGill Martlets on Feb. 6, 1920.

“Selecting a group of individuals to represent excellence in your conference or league is always a difficult task,” said Ryan Thorne, president of the U SPORTS women’s basketball coaches’ association and head coach of the Martlets. “This experience has shown me that there have been some amazing young women, who have represented our institutions well through basketball that have gone on to become remarkable women in life. Just researching the stories and receiving the feedback from coaches of different eras, was eye opening. I am grateful to have been a part of this process and hope that the next century is just as fruitful.”

In addition to the Top 100, the first-ever Shoot for the Cure marketing campaign is being launched in an effort to raise $100,000 in honour of the centennial season. Funds will be provided to the Canadian Cancer Society (CCS) and other local and provincial charities to support the fight against breast cancer. Since Shoot for the Cure debuted in the fall of 2007, U SPORTS schools have proudly raised $1.3 million. 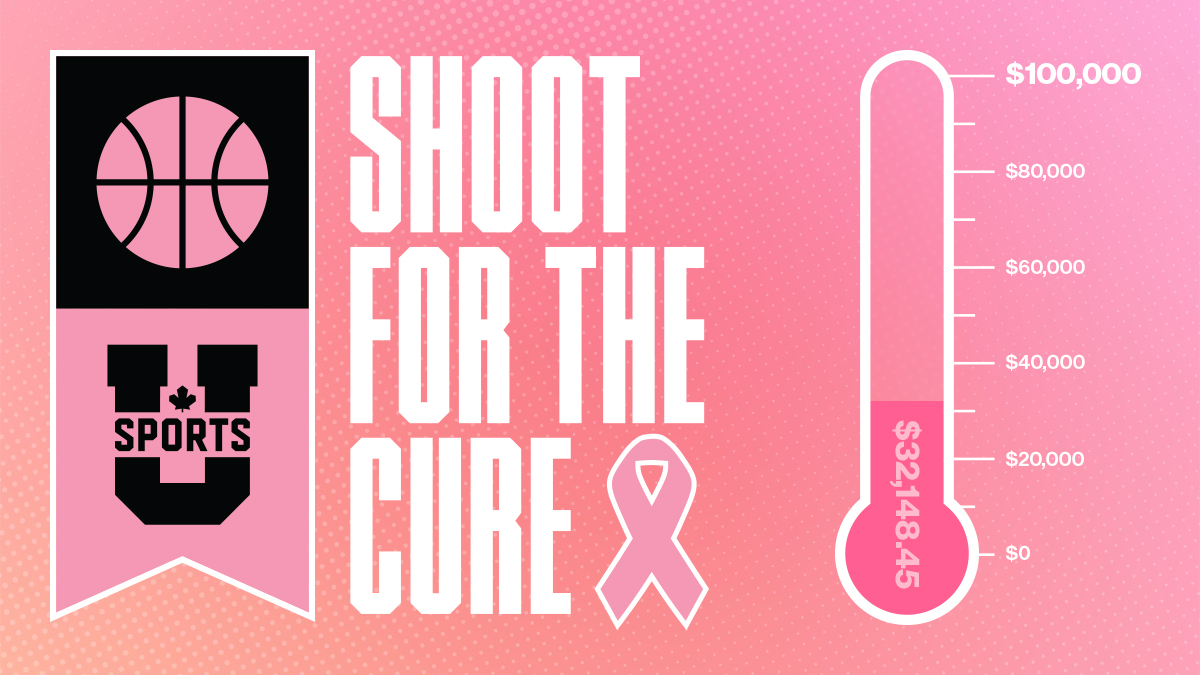 Now in its 13th year, the campaign sees all 48 U SPORTS women’s basketball programs fundraise through regular season games in Canada West, the OUA, RSEQ and AUS, as well as other special events. U SPORTS will publish weekly updates of funds raised via social media, showcasing the national progression towards the $100,000 goal. The updated totals will also be posted to USPORTS.ca.

“Building on the $97,000 we raised in the 2018-19 season, we’ve raised the bar for our centennial anniversary,” said Jeff Speedy, Shoot for the Cure project manager and head coach of the UNB Reds. “The buzz we create with this marketing campaign will energize everyone across the country, so we can raise in excess of $100,000 – a fitting number to compliment the release of the Top 100 players for the first 100 years of university women’s basketball in Canada.”

Both initiatives will be celebrated at the 2020 U SPORTS Final 8 Basketball Championships hosted jointly by Carleton University, University of Ottawa and Ottawa Sports and Entertainment Group. During the championship final, several of the Top 100 players will be honoured while a cheque will be presented to the CCS with this year’s Shoot for the Cure donation total.

About the 2020 U SPORTS Final 8 Basketball Championships

Ottawa becomes the basketball capital from March 5-8, 2020 as the top 16 men’s and women’s university teams compete in the U SPORTS Final 8 Basketball Championships. For the first time in Canadian history, the brightest of men’s and women’s talents in the country gather in the same venue to battle for the national title and a taste of glory. With 22 games over the course of four days, the 2020 U SPORTS Final 8 Basketball Championships will transform the Arena at TD Place, in the heart of the Lansdowne entertainment district, into the epicentre of Canadian basketball.

Be part of the basketball capital; tickets available at TDPlace.ca.