The London, Ont., native left home six years ago to attend Carleton University – the start of a long and successful university career with the Ravens. Now, she’s finishing it off in her hometown, playing for the Western Mustangs.

She played four years at Carleton from 2014-18, capturing OUA and U SPORTS Defensive Player of the Year honours in her final campaign, en route to a national championship. In doing so, Leblanc followed in the footsteps of her older brother, Clinton Springer-Williams, who also played for the Ravens and won a pair of national championships in 2013 and 2014.

Growing up in London, Leblanc faced off against her brother in sports and other competitions at a young age, which fostered her competitive spirit. She started playing club basketball in Grade 5, later enrolling at Hamilton Transway in high school, which further helped her career.

“The mentality shift (was significant), always playing hard,” says Leblanc, noting that she learned to do so on every single possession – part of what makes up her identity as a defensive player. “Not that I wasn’t a naturally competitive person but just being consistent with it.”

When it came time for university, she turned towards her brother’s school of choice.

Leblanc had watched all of Clinton’s games – be it via livestream or in person at the Ravens Nest. She watched him win a national championship at home in Ottawa in 2014 in his final campaign. The next fall, she was playing for the Ravens herself. 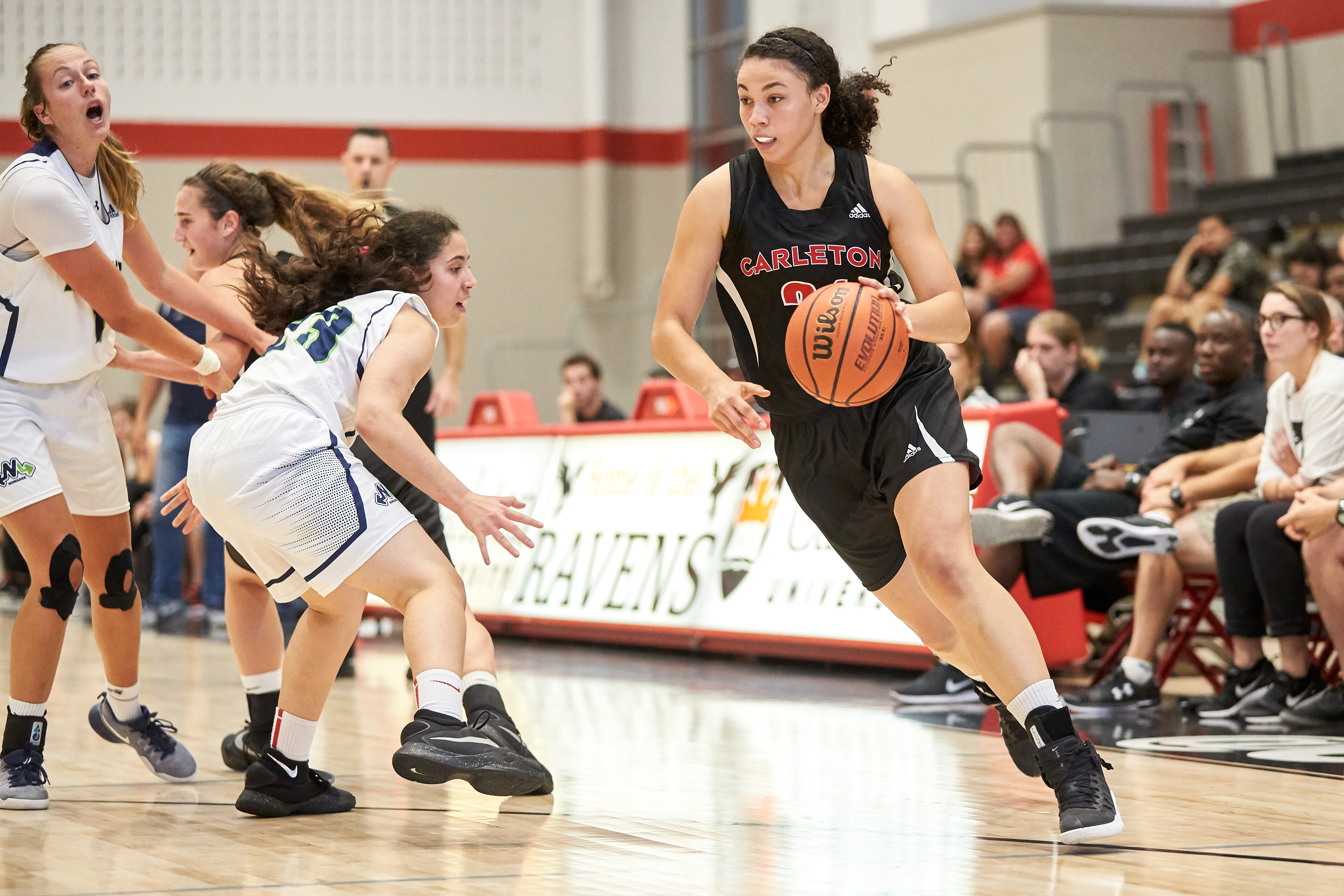 As part of a big rookie class in 2014, Leblanc said the transition to university was “huge” – both on and off the court.

Having six rookies that year helped with the transition. Through the years, as the team grew older and had more success, Leblanc grew as well with it.

“That helped me to grow and be more independent, more sure in myself,” says Leblanc, pointing to herself becoming a better communicator with teammates on and off the court.

But Leblanc also continued to build her own confidence as well.

“That was more something that I had to work on and understand, ‘Okay, if I make one mistake, that’s fine,’” she recalls, adding her focus shifted to moving onto the next play. She relied on self-talk and defence to build herself up.

“(Even) if I’m not playing well offensively, I know that I can – relatively speaking – control defence because that’s helpful.”

By the end of Leblanc’s second season and start of her third, everything – confidence, communication, understanding of the game – started to click for her. Her third year in 2016-17 also coincided with the team taking another step forward, winning the OUA Critelli Cup championship for the first of two straight years and bringing home a bronze medal at the national championship.

Having that understanding of the team’s goal of winning a U SPORTS title helped motivate Leblanc during her final two seasons at Carleton.

It motivated her and her teammates to work harder, not wanting to let each other down.

“A togetherness,” she calls it. “It was surreal,” she adds, when thinking about the team’s first OUA title. 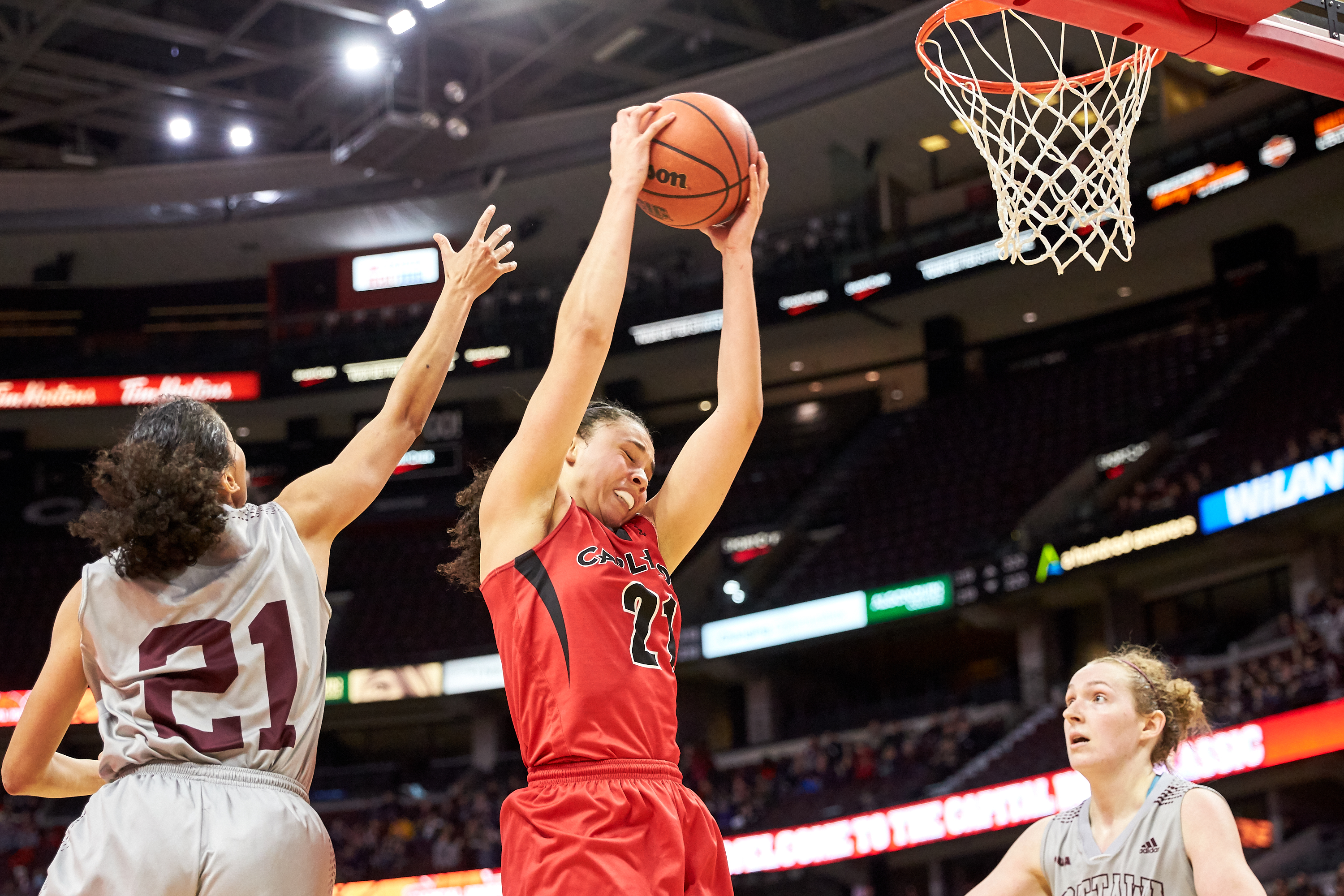 The Ravens beat the Queen’s Gaels in the gold medal match on the road in Kingston. While they celebrated the moment, the Ravens were also looking ahead to bigger things at the U SPORTS Final 8.

The Ravens would fall short to McGill in the semifinals and it left Leblanc and her teammates even more motivated the next season. For many of the players, it would also be their final one.

“’This is our last chance to do it because almost the entire starting lineup was leaving,’” she recalls thinking at the time. “’Let’s just leave it all on the court.’”

Before the 2018 U SPORTS Final 8, Leblanc had decided it would be her final season playing for the Ravens. She had her senior’s night celebration. The Ravens faced off against McGill again in the national semifinals, having trailed the whole game until Catherine Traer’s buzzer-beating game winner.

“(I was) trying to stay out of my head but being in my own head,” she says of the moment. “I was just like ‘Keep playing’ but I couldn’t stop thinking about, ‘I don’t want this to happen again.’ We just came together, got the ball and Catherine hit that shot and I couldn’t believe that it happened. Like, there’s no way that just went in.”

The ball did go in and Carleton would defeat Saskatchewan the next day to win their first national title.

“It was crazy,” Leblanc says about realizing that she was a national champion.

After winning her U SPORTS gold medal, Leblanc went home to London, finishing her Carleton degree through online classes. She got a chance to travel and be close to family and friends back home, exploring different activities – a much needed mental break.

She started thinking about teacher’s college back in her third year at Carleton. She helped coach youth basketball after her final Carleton season, which helped her realize the joy of teaching and working with kids as well. She applied for Western teacher’s college and got in.

Leblanc didn’t think about playing basketball at Western until new head coach Nate MacKibbon – who had worked with her previously at Transway – contacted her about playing.

“We sort of talked through what it could be and she went through and talked to some of her parents and some of her former coaches and I think they essentially said, ‘Look, this doesn’t diminish, regardless of what happens, what you did at Carleton,’” MacKibbon recalls. “’You’re not disappointing anyone by playing for a team outside of that…it’s just an opportunity to play basketball again.’”

She decided to play. 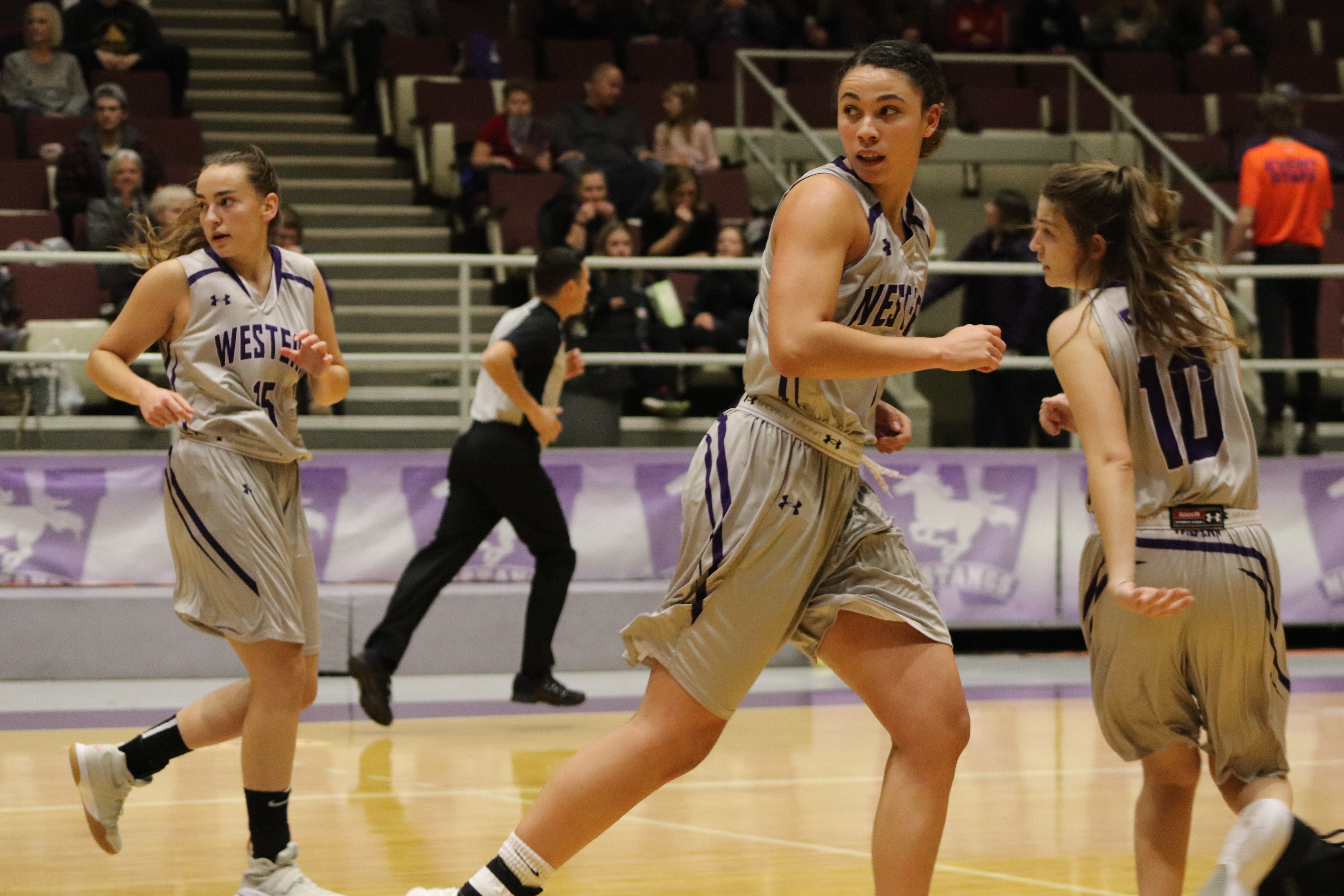 Happiness and enjoyment is now at the centre of her success at Western. The team has an OUA-best 15-2 record and are ranked No. 8 in the nation. Leblanc is one of the team’s leaders and top players, and her focus is on enjoying playing the sport without the pressure – which she feels she is doing.

“It was about just having fun,” she says. “Obviously, I’ve made some new great friends and just being able to have fun with them and really just enjoy the sport again was the main goal.”

Her next game should be the most fun of all, as the Mustangs host the Ravens on Friday. 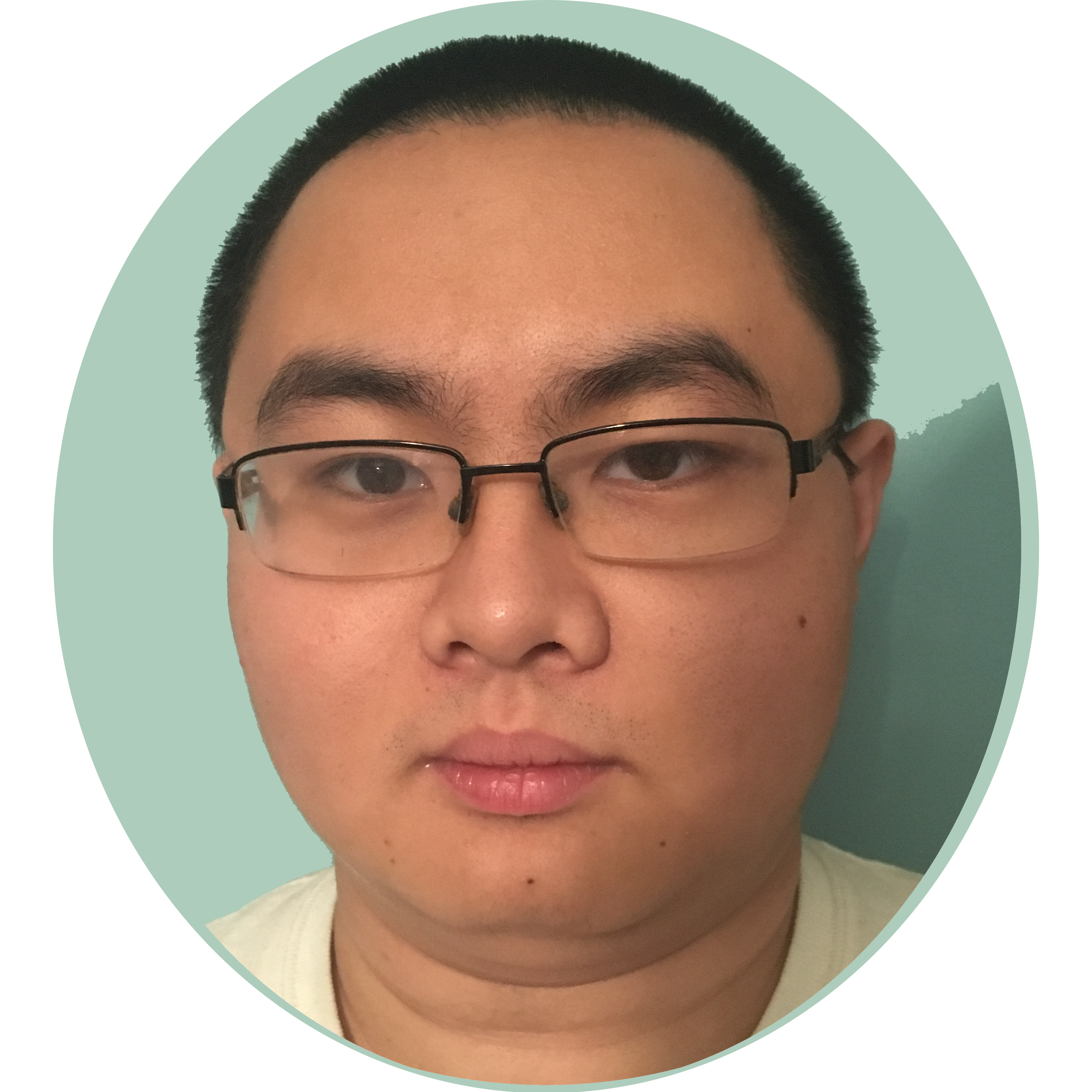 Michael is a second-year Carleton Master of Journalism student. Michael writes for The Charlatan, Carleton’s student newspaper, as well as the Ottawa Sportspage and was a assistant Communications Intern for Wheelchair Basketball Canada. Michael also does colour commentary for the Carleton basketball broadcasts.