Leading by two in front of a packed Scotiabank Centre in downtown Halifax last March, it was Kashrell Lawrence’s steal with three seconds left that secured the Dalhousie Tigers their third straight AUS men’s basketball title. The 6-foot-2 forward finished the 2017 conference title game with 12 points and 10 rebounds, right around his career average of 13.9 points and 6.1 rebounds per game.

Lawrence’s five years as a Tiger are as good as it gets. Two-time First Team AUS All-Star, a Second Team conference All-Star nomination, U SPORTS Tournament All-Star Team, a three-year captain and to top it all off last year’s recipient of the U SPORTS Ken Shields Award winner for leadership and community service. The accolades and statistics are there, but maybe most impressive is a rather simple fact: he’s a winner, and does it a lot. Despite an always competitive AUS schedule, he holds a career regular season record of 56-41. But it’s the playoffs where Lawrence made his mark at the U SPORTS level, leading the Tigers to a 10-6 record over his five seasons. 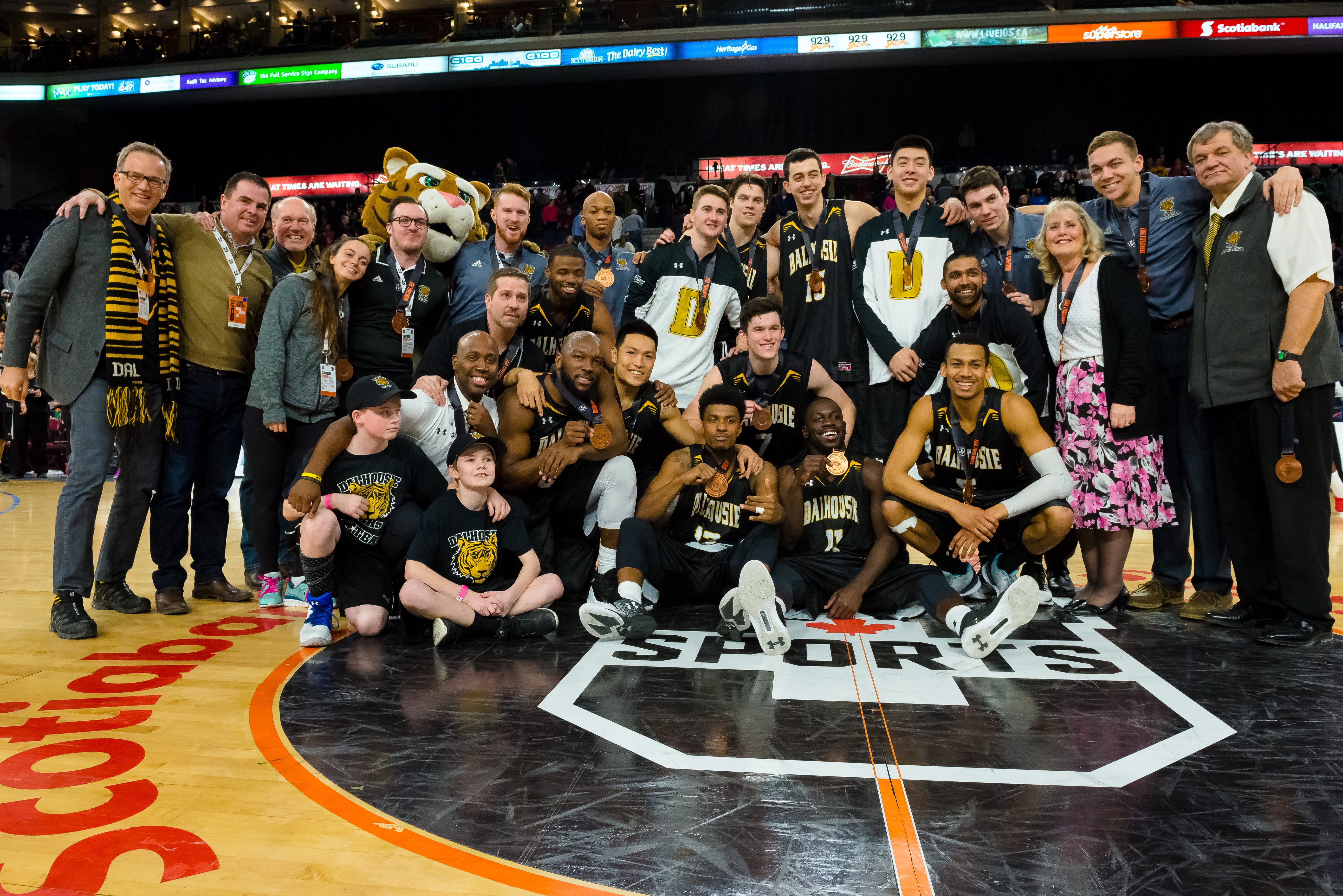 “It was tough to predict we would be that good, especially winning three straight (conference championships,” says Lawrence, who now plays for PeU (Pernion Urheilijat) Basket, competing in Finland’s A and B Division. “In 2012, I came in wanting to make a name for myself, while bringing that winning culture."

I think that’s where my competitiveness, effort and determination comes in, just trying to make my mark and have an impact on those around me.

The road to success though doesn’t always go as planned and Lawrence, a Brampton, Ont., native, found this to be true early in his career.

“At first, my relationship with Coach (Rick) Plato was a little rocky and it took a while to get used to each other,” says Lawrence of playing for Dalhousie’s bench boss. “Once we realized we truly wanted the same outcome and aligned goals, things became easier. We both became more outspoken, communicated more and knew our bond was growing stronger. I can honestly say he brings the best out of a player and I talk to him periodically to this day.”

“Ritchie came back the same year Plato took over,” recalls Lawrence. “Like all successful people working together, we had our ups and downs, but as time went on, we ended up doing everything together."

Those last few years, we didn’t have to say anything on the court, we just knew when we needed a big stop or a basket. We almost just looked at each other and said, ‘Alright, it’s time to go'.

Last year’s U SPORTS Final 8 was nearly a perfect send-off. While the Tigers didn’t achieve their goal of becoming national champions, losing by one in the semifinal and winning a bronze on home soil in Halifax is something that will be with him for the rest of his life. Above all, his mother could watch it take place.

“It was great to have her there and was actually her first time in Halifax. The only time she gets to see me play are pre-season games scheduled in Ontario,” says Lawrence. “Plato does a great job at scheduling tournaments to where guys are from. But, what made that weekend truly special, is at the time I didn’t know if I would be playing professionally or not. Having her there to watch my ‘possible’ final games was pretty cool.” 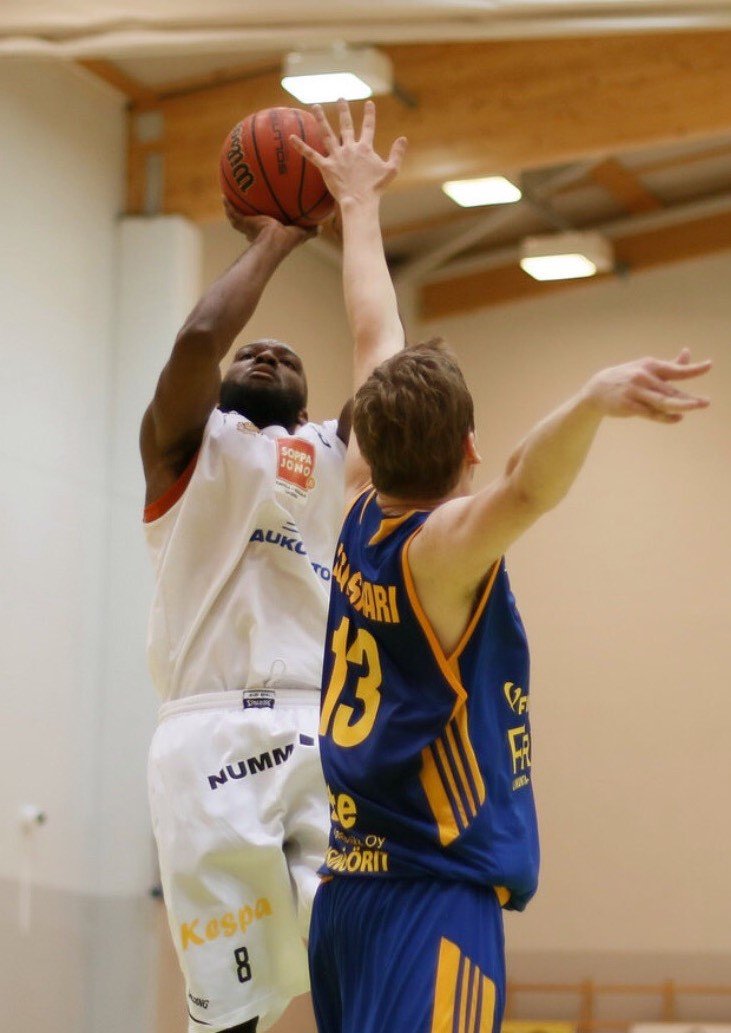 Ten months later, Lawrence is having a direct impact on his professional team in Finland. The club currently boasts a 10-4 record, with Lawrence recording his fourth straight 20-plus point performance. As he describes, “It’s been an up and down journey to get here,” but that’s nothing that fazes the former Tiger star.

“Throughout the summer, I was very open to the idea of playing professionally. I even took part in a showcase in Germany but nothing worked out,” says Lawrence, who began his pro career with Kaarina Ura Basket, also in the Finnish league. “I ended up contacting Matt Slan at Slan Sports Management and he did a great job getting my name out there."

I’ve started to understand that it’s a business and you don’t know when your next game is going to be. To me, that just makes me play that much harder.

While U SPORTS is a great stepping stone towards the professional ranks, stories like Lawrence’s and those before him are what drives players today. 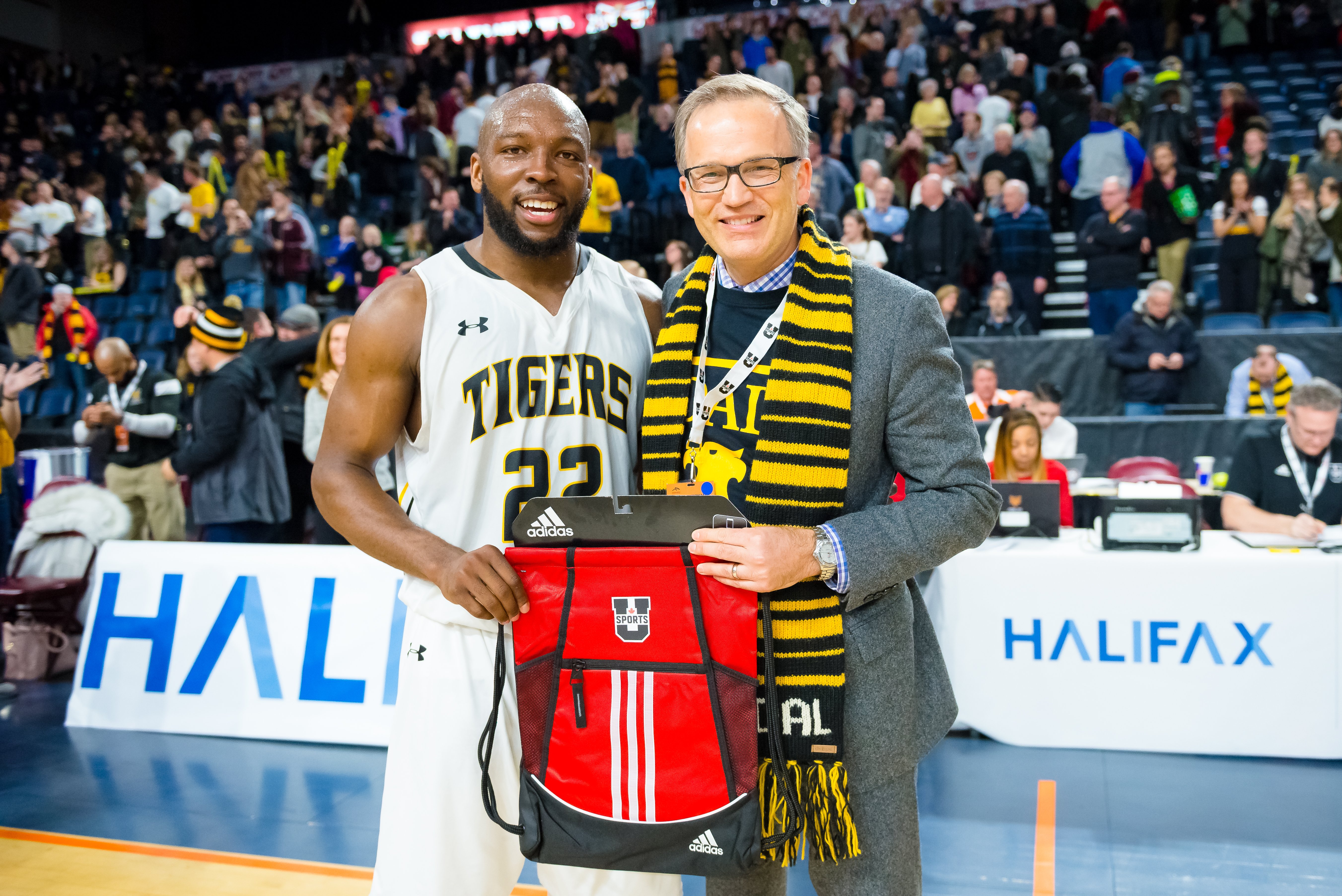 “There’s no teaching here, you got to be able to play right away,” he says, adding he is grateful for his years as a U SPORTS student-athlete. “This isn’t a place to get better – it’s a place to produce.” 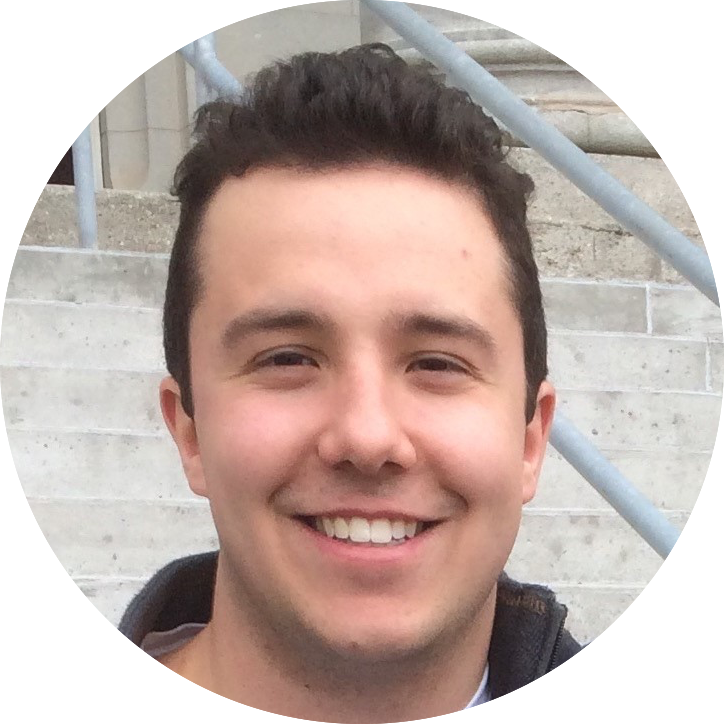 Brett is a fourth-year business student with a concentration in kinesiology at Acadia University in Wolfville, Nova Scotia. A former U SPORTS athlete with the Acadia men’s basketball program, Brett studied this past year on exchange at Lund University in Sweden for six months. His experience includes writing for the Acadia athletic department and other sports networks. Brett is currently the social media coordinator for both the Acadia men’s and women's basketball teams.