This summer, U SPORTS tells the stories of former Canadian university student-athletes who continue to find success both in the sports world and in their professional careers.

Team Canada’s senior men’s basketball squad clinched the top spot in the first-stage qualifying group for the 2019 FIBA World Cup earlier this month, defeating the U.S Virgin Islands 99-69 at TD Place Arena in Ottawa, to finish with a 5-1 record.

One of the biggest headlines leading up to the July 2 game in Ottawa and the preceding contest on June 29 at Toronto’s Ricoh Coliseum was the number of U SPORTS athletes and coaches taking part for Team Canada. For decades, Canadian basketball stars have been working hard to leave Canada and go play elsewhere, but things might start to change seeing the success that U SPORTS has had recently, asserting themselves amongst the best players and coaches in the nation.

“The growth has been impressing,” says Scott Morrison, an assistant coach with the Boston Celtics and former head coach of the Lakehead Thunderwolves. “U SPORTS guys play in the (NBA) G League now and the NBA Summer League. It's a testament to the coaching which has always been strong, but now people are starting to realize (the talent). At the same time players are getting better. As far as moving forward, I think there's a lot of potential, because guys are starting to see the success of these players, making it more reasonable for guys to stay home and go to school here which will be good for everyone.” 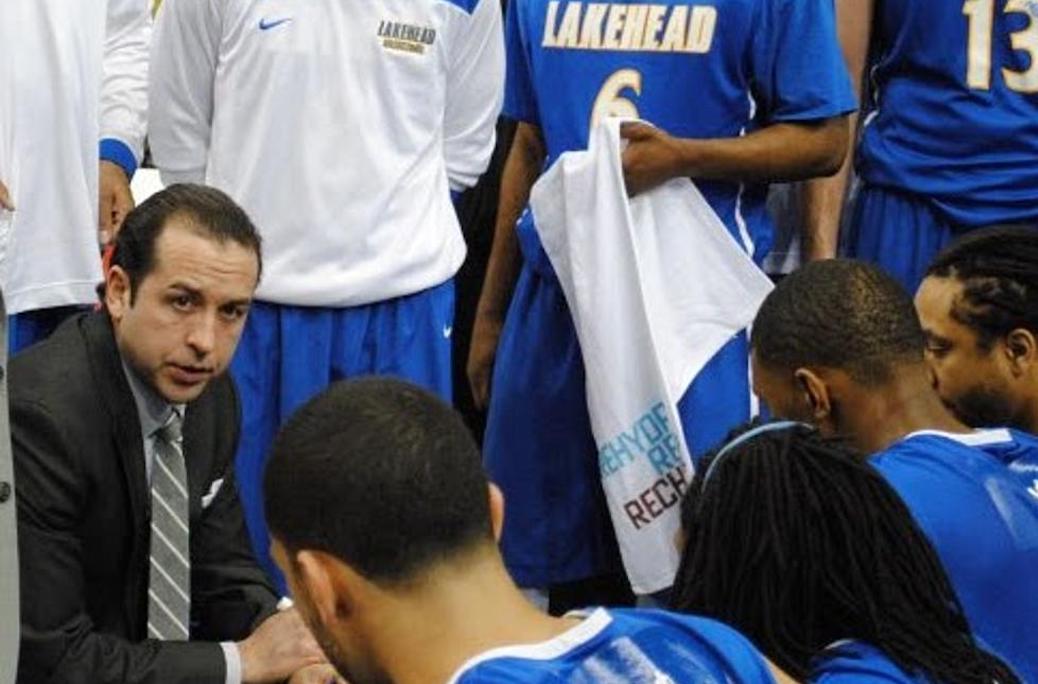 There is no question that new-age of Canada basketball is upon us and will make more players feel comfortable staying home. With international, G League and NBA Summer League opportunities, there is no more need for Canadian players to feel insecure about playing at home. In fact, many former U SPORTS Basketball players are already thriving after their university careers are over.

Aaron Best, the former Ryerson Rams guard is most certainly one of these players who is paving the way for future U SPORTS standouts. The Scarborough, Ont., native first donned the Blue and Gold in 2011 and went on to establish himself as one of best players in the country over his career, earning a spot as a U SPORTS Second Team All-Canadian squad in his final year and two U SPORTS bronze medals.

Following the 2015-16 season, Best headed overseas signing a two year deal with BC Juventus of the Lithuanian Division 1 League. However, after his first season, Best took a chance, trying out with Raptors 905. The Canadian would show well and was drafted 42nd overall by the Long Island Nets, the G League affiliate of the Brooklyn Nets. Fortunately for Best, he was immediately traded to the 905, and during the 2017-18, his first in the NBA’s top development circuit, Best thrived. In 47 games, the U SPORTS grad would make a name for himself while helping the 905 made a trip to their second straight G League Finals. Through his strong play in the G League, Best earned his spot on the Canadian men’s senior national training camp roster, demonstrating that U SPORTS is a top developmental league for players looking to pursue an education.

"U SPORTS was a great experience, you get five years to develop yourself as a person, as a player and the classroom,” says Best, who scored four points against the U.S. Virgin Islands.  “Taking that maturity into the next phase of my career has helped me a lot in terms of playing professional. I’m just grateful to be a part of Team Canada."

Although the NBA is a dream for all basketball players, and thus playing in the G League is a huge accomplishment, Best is not the only former U SPORTS star who plays professionally and suited up for Team Canada this summer. Joining Best are brothers Phil and Thomas Scrubb, who have put U SPORTS and the perennial powerhouse Carleton Ravens on the map since they began their careers in Europe. This past season, older brother Thomas suited up in Italy, averaging over 9.0 points per game with Sidigas Avellino, while Phil Scrubb excelled in Germany with Fraport Skyliners.

For the Vancouver, B.C., natives, there is no question that U SPORTS and the City of Ottawa was vital to their development and is special to them. After all, the pair played under legendary Ravens head coach Dave Smart, who helped them excel and learn how to win.

"It means a lot for me to come back here. I don't get to play in Ottawa too much after I graduated, specifically in Canada, you don't get that too often with the national team,” says Phil Scrubb, who has played 36 games with Canada. “The level of play (in U SPORTS) is definitely increasing. We have four guys on this team, (and) a lot of coaches. I think the level of play will continue to go up."

"It’s definitely special sharing the court with U SPORTS guys,” says Thomas Scrubb. “There hasn’t been many U SPORTS players in the national team or NBA, so to be on the same court and team with NBA guys coming from U SPORTS is really an honour and I think in the future there will be more and more U SPORTS players playing at a high level pro."

Sticking with Carleton, the Scrubb brothers are also suiting up alongside fellow former Raven, Kaza Kajami-Keane, with Smart along for the ride as well - as an assistant on Jay Triano’s staff. For Smart, the opportunity to coach U SPORTS athletes at the international level speaks well for university basketball.

"It's been great coaching the U SPORTS guys,” says Smart, the most decorated U SPORTS basketball coach with 13 national titles in 16 seasons. “They’ve all shown the level they can play at. It’s a real fine line between DI basketball and U SPORTS basketball and I think these guys have shown the level that we play at. The majority of the blue team was U SPORTS guys and they did really well. The opportunity to coach them again is always fun, I see them every day but it terms of coaching its nice. It also nice for them to represent U SPORTS at this level." 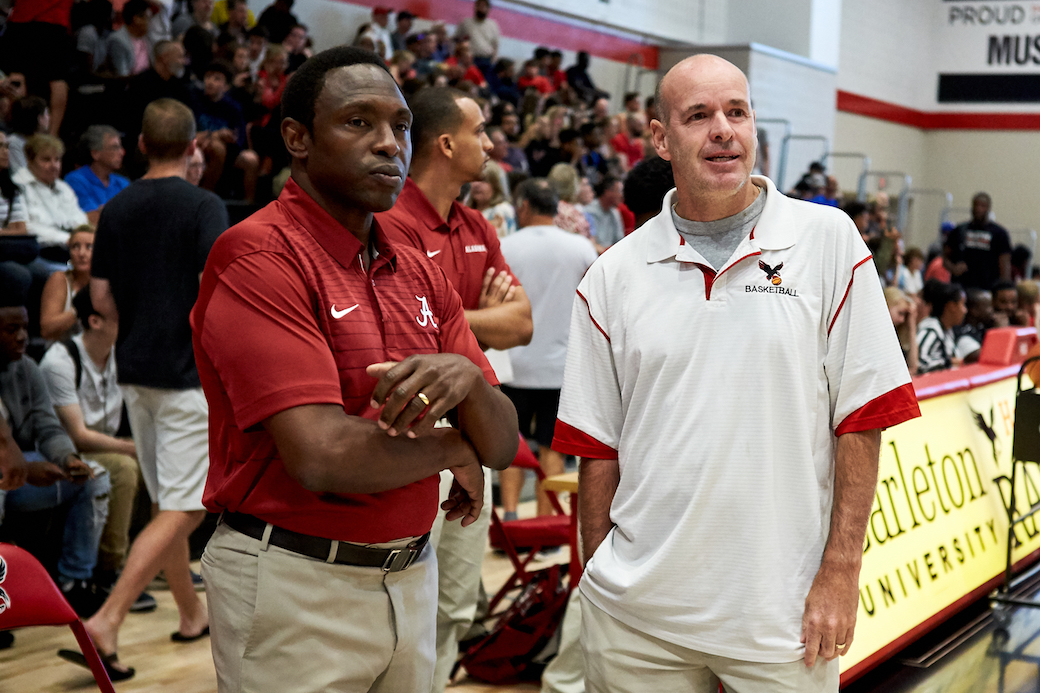 Like Smart, Roy Rana, the Ryerson Rams head coach believes that U SPORTS basketball is only trending in the right direction.

“The future for U SPORTS is exciting, it speaks to our potential in the future and also to our reality now,” he says. “There is so many tremendous athletes that we already have on our system that our now being appreciated and discovered and I think there is so many over time that we will see representing our country in a lot of different sports. I don’t know how credit looks like but the greatest testaments is our athletes. As long as we continue to have our athletes represent us like this, it says great things about our level."

The sky is the limit for them all.

Getting to know your U SPORTS coaches: Darrell Glenn, UPEI Panthers