The Canadian Elite Basketball League (CEBL) revealed Thursday the results of the 2020 CEBL U SPORTS Draft. The seven CEBL franchises drafted 21 student-athletes over three rounds of selections from 10 different universities nationally. This is a coveted opportunity for top players in U SPORTS to get their first taste of professional basketball.

Each team had one pick in each of the three rounds with the newest CEBL franchise, the Ottawa BlackJacks, selecting first overall in the first round. All other teams picked in reverse order of how they finished in the 2019 CEBL season (Fraser Valley Bandits, Guelph Nighthawks, Edmonton Stingers, Niagara River Lions, Hamilton Honey Badgers, and Saskatchewan Rattlers). The following rounds saw the order determined in snake format with the BlackJacks picking last in Round 2 and the 2019 champion Saskatchewan Rattlers picking first, while the order in the third round remaining the same as round one.

CEBL clubs have a choice of enrolling one U SPORTS player on their 10-men active roster in one of two categories - a U SPORTS Developmental player returning with eligibility or a U SPORTS current year graduate not returning to his university program. Six current year graduates were chosen in the draft, and the remaining 15 draftees were classified as a developmental player returning with eligibility. 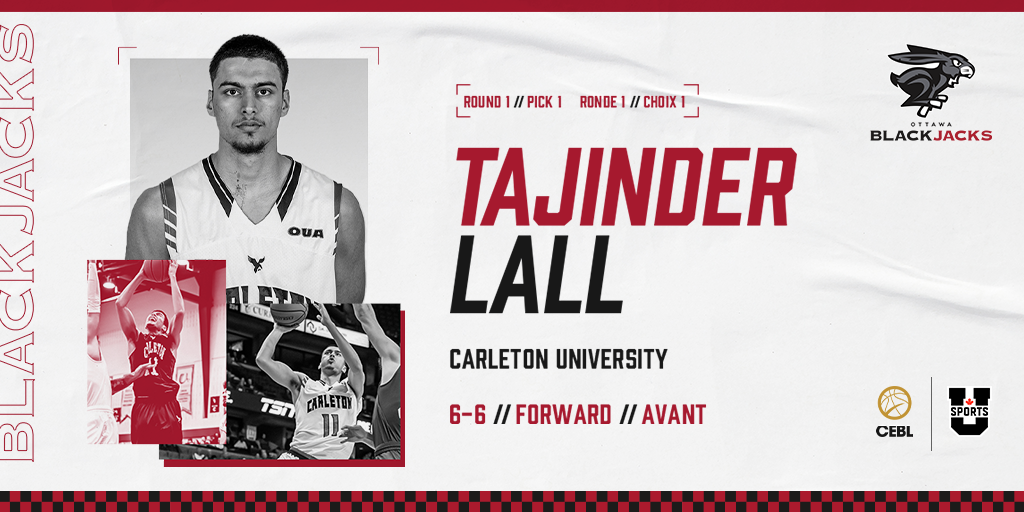 Tajinder Lall, a fourth-year, 6’6’’ forward and recent 2020 U SPORTS national champion with the Carleton University Ravens, was picked first overall by the Ottawa BlackJacks. Lall was followed in the first round by Parmvir Bains, a guard from University of the Fraser Valley, selected by the Fraser Valley Bandits. The Guelph Nighthawks chose Marcus Anderson, a 6’3’’ guard with Carleton University and winner of the 2018 and 2019 U SPORTS Defensive Player of the Year award, with the third pick. The Edmonton Stingers followed with Dalhousie forward Alexander (Sascha) Kappos, and the Niagara River Lions tabbed Brock guard Emmanuel Owootoah. 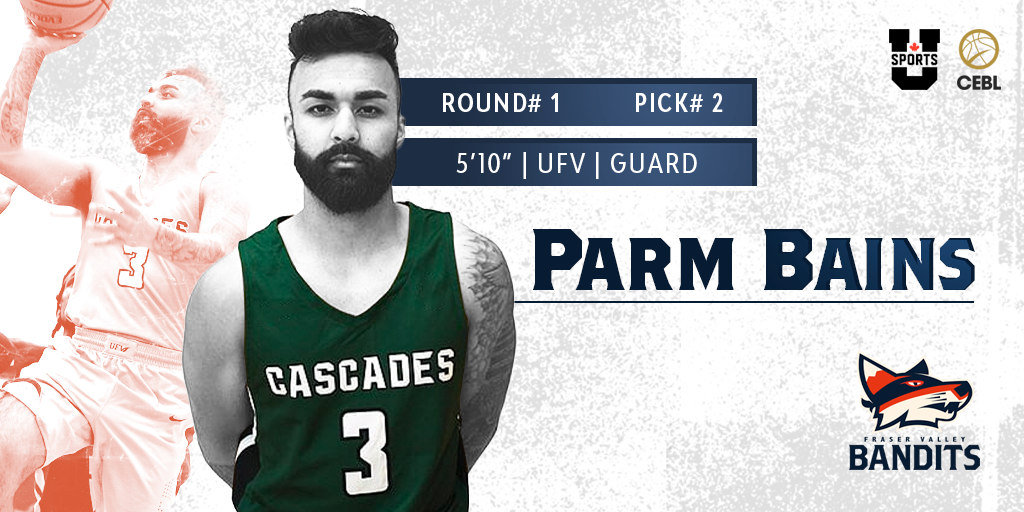 With the sixth pick of the first round the Hamilton Honey Badgers selected Kadre Gray, a 6’1’’ guard from Laurentian University. Widely considered as one of the brightest future stars to come out of a Canadian university, the fourth-year guard led Ontario University Athletics (OUA) in scoring for the fourth year in a row. He was also the U SPORTS leading scorer in 2019-20, the third time in four years he led the nation in scoring. The winner of the U SPORTS Player of the Year award in 2018 and 2019 and the 2018 Lieutenant Governor Athletic Award as U SPORTS Male Athlete of the Year across all sports, Gray is only the fourth player in OUA history to record more than 2000 points in his university career. 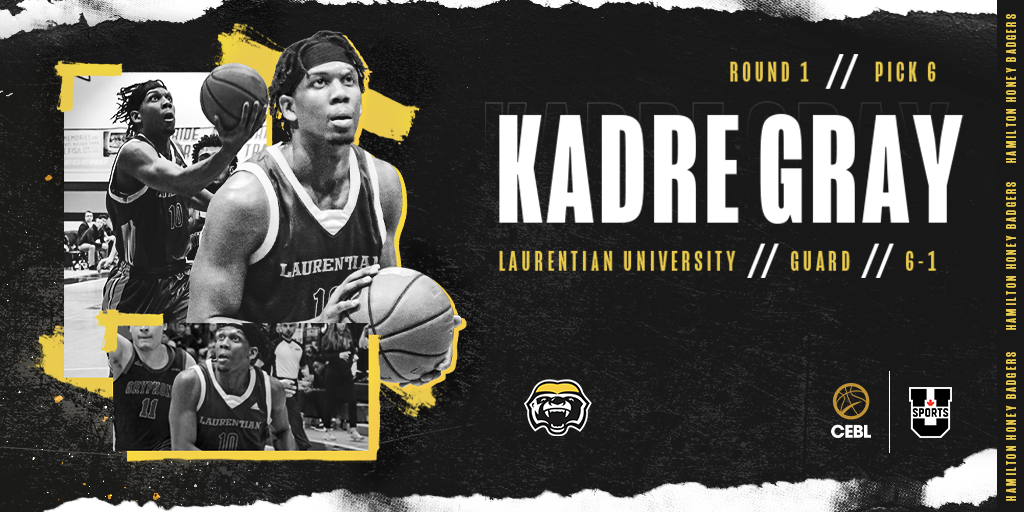 The complete 2020 CEBL U SPORTS Draft results are below.

With seven teams across four provinces, the CEBL is the “Official First Division Professional League Partner of Canada Basketball,” adhering to official FIBA rules and regulations. The 2020 regular season is schedule to off May 7 when the expansion Ottawa BlackJacks face off against the Fraser Valley Bandits. The CEBL is one of the only professional men’s basketball leagues in the world that runs during spring and summer.

Beginning this season, CBC Sports will live stream all 70 regular season CEBL games and its five playoff contests, plus eight over-the-air television broadcasts including the CEBL Championship game live from Edmonton on August 16, 2020. The CEBL and CBC signed a three-year partnership last November.

“The 2020 CEBL U SPORTS Draft results are further proof of the exceptional pool of young basketball talent across our country. U SPORTS programs continue to develop some of our country’s best players, and we can’t wait for these rising stars to earn a spot on our team rosters and play alongside top professional talent from across the world. Opportunities like this are key foundational blocks to building a nation of future pro basketball stars representing Canada domestically and on the world stage.”

“We are excited to provide the next wave of U SPORTS men’s basketball standouts the chance to further their development in the CEBL for a second consecutive season. This unique opportunity allows our current and graduating student-athletes to pursue the next stage of their careers while staying and playing at home. We look forward to watching their success across the country from the Fraser Valley to our nation’s capital.”