Omar Shiddo, Eriq Jenkins, Aryan Sharma, and Nikola Farkic all scored in double figures during the Western Mustangs’ decisive 86-72 victory over the Alberta Golden Bears on Friday in their men’s quarterfinal game at the 2020 U SPORTS Final 8 Basketball Championships. 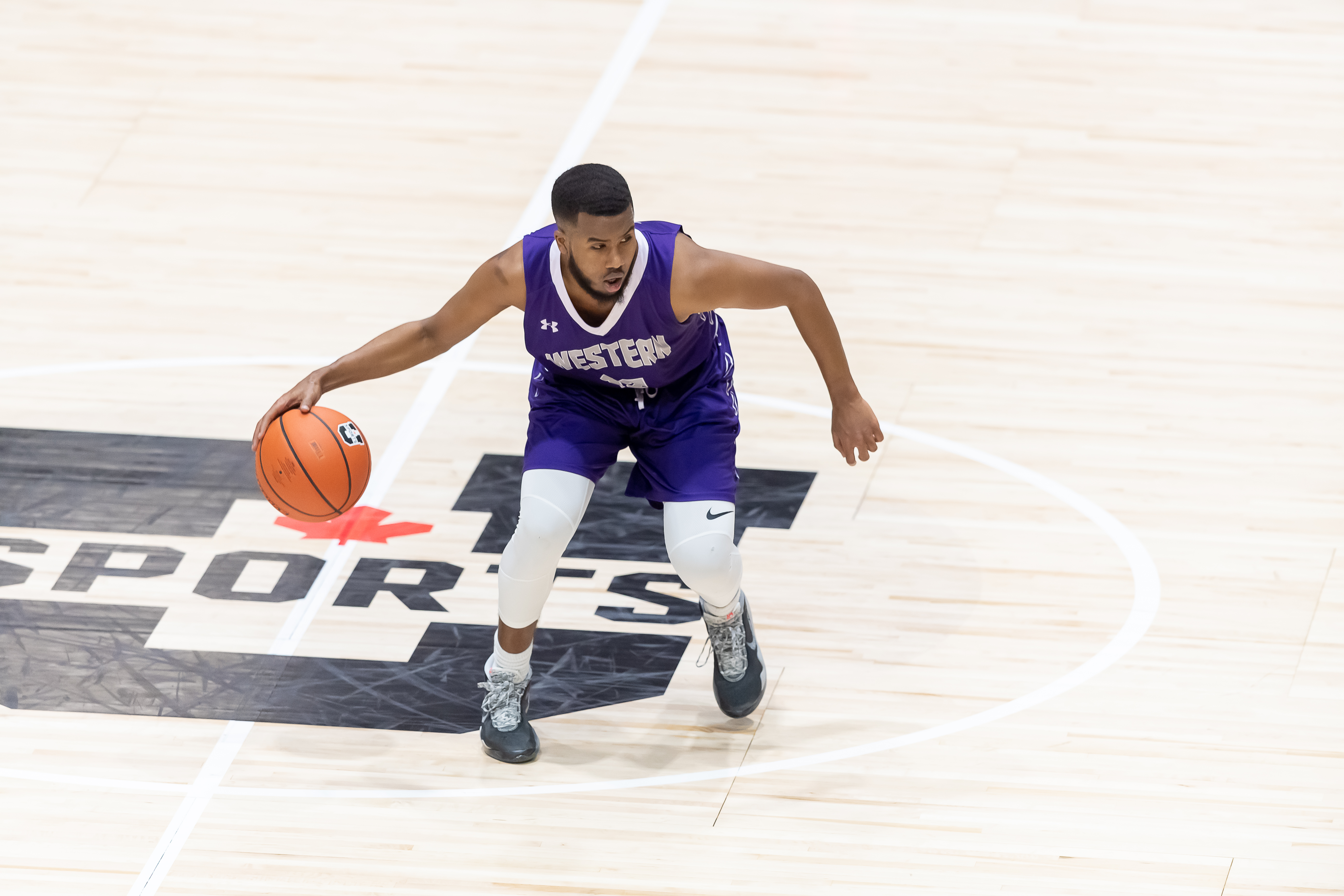 Shiddo had 24 points, three rebounds and two assists for the Mustangs, while Brody Clarke and had 17 points and 13 rebounds in a losing cause for the Golden Bears. 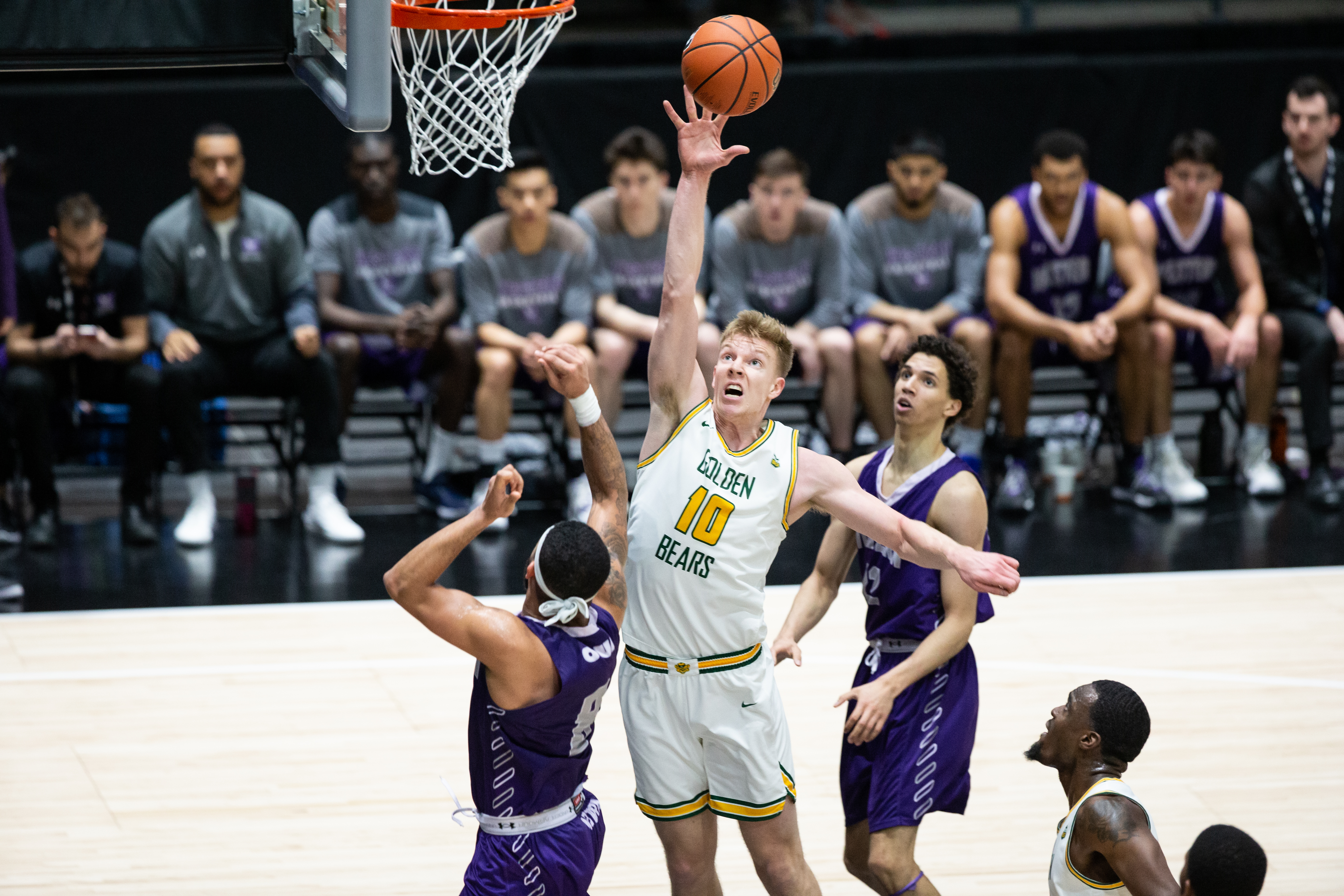 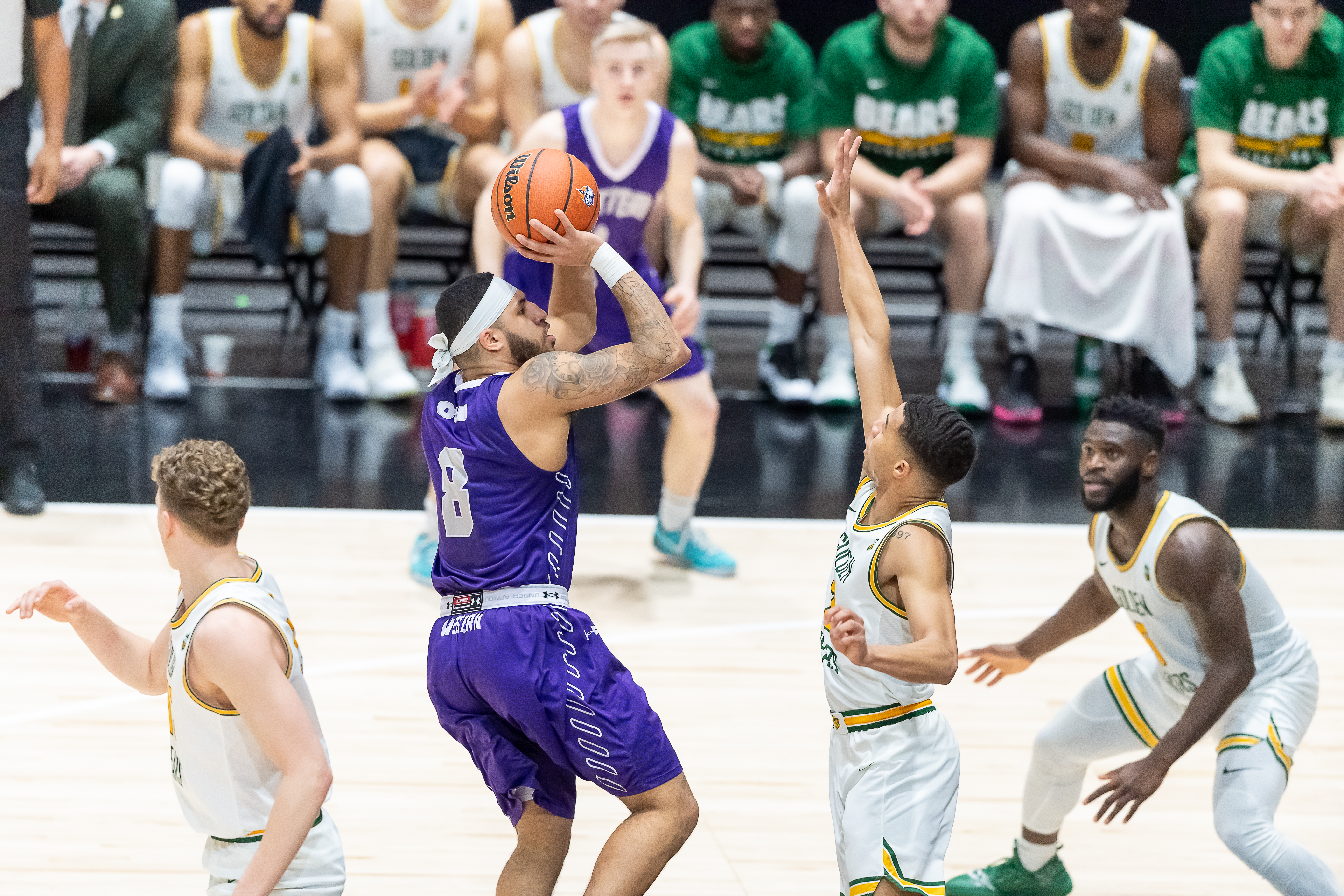 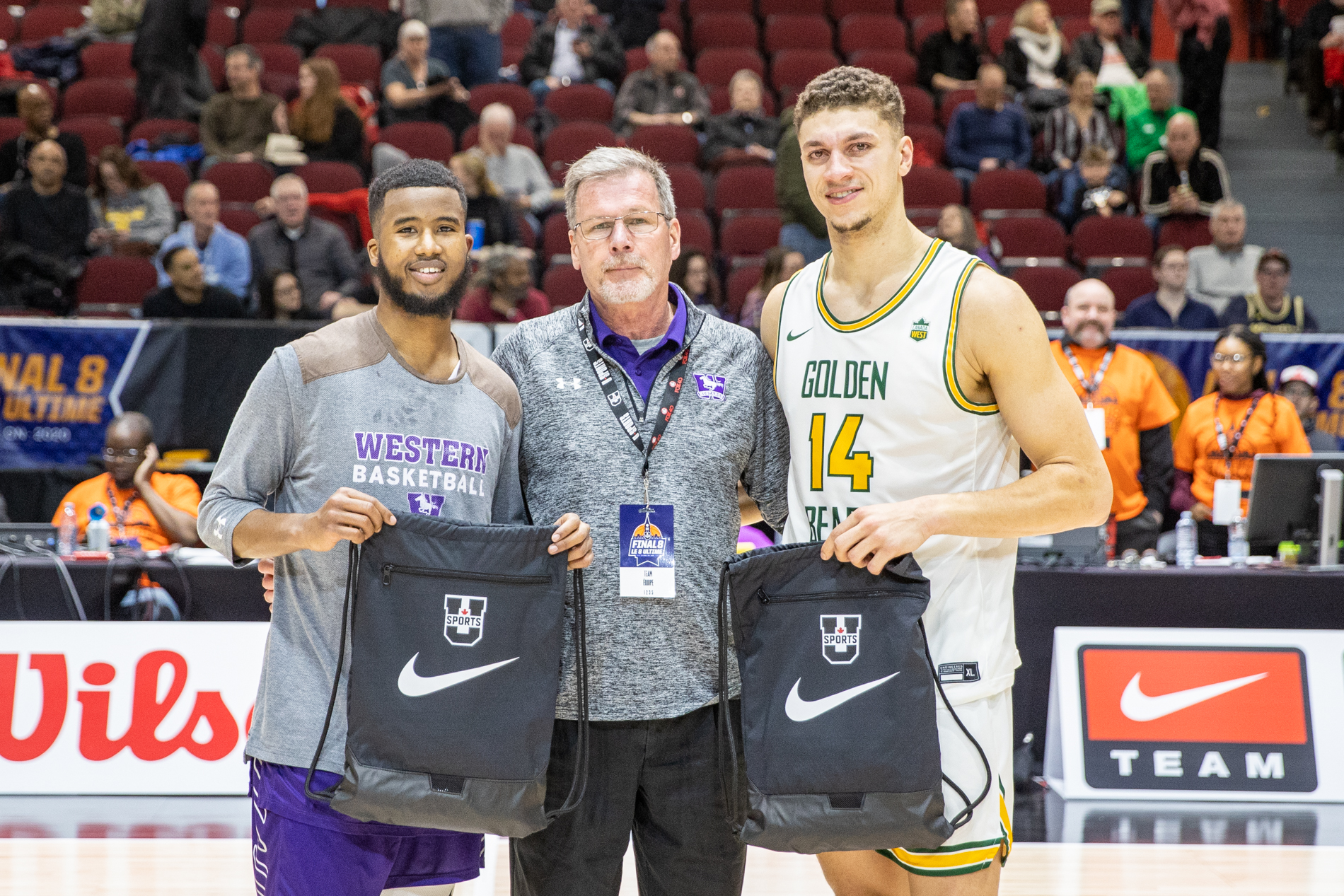