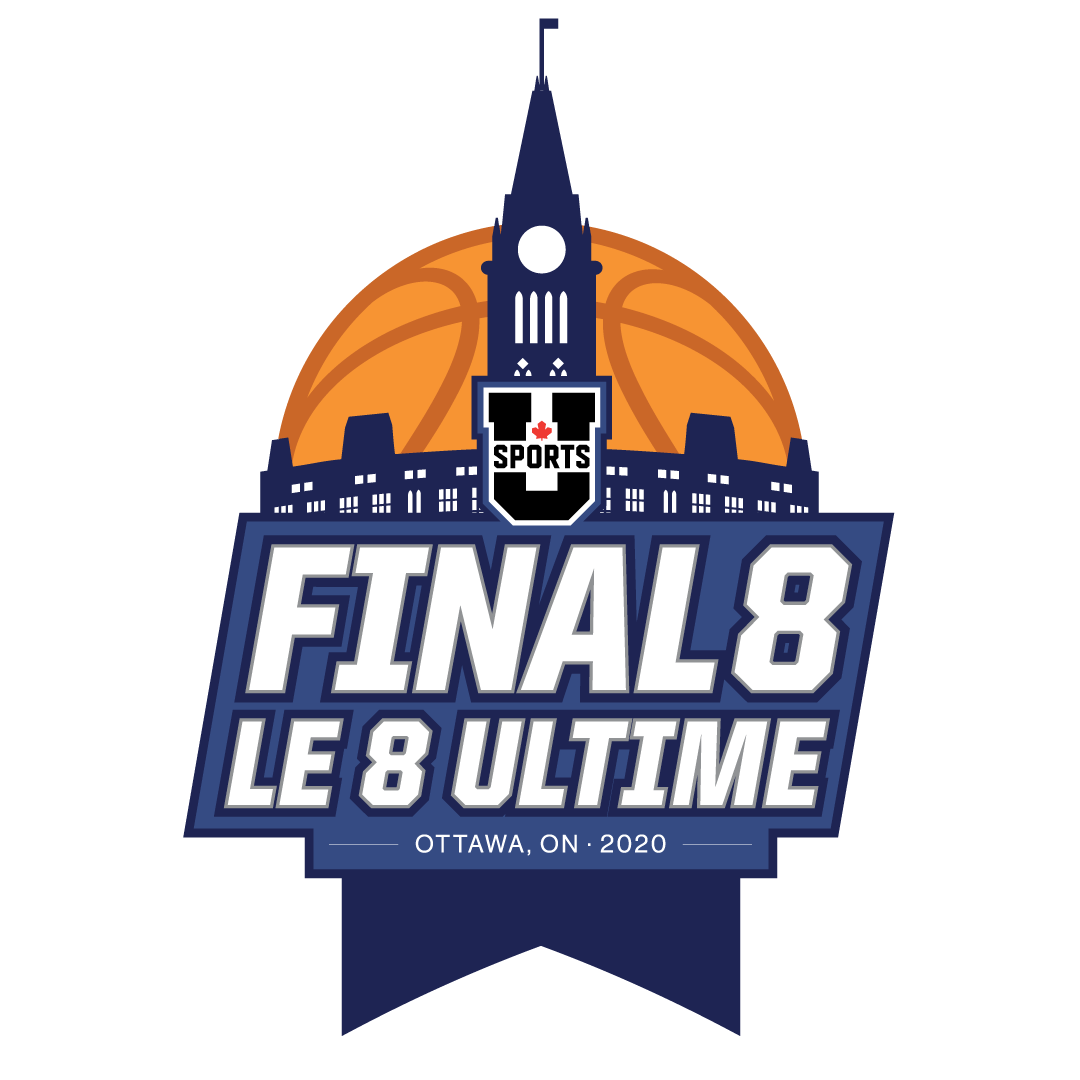 The Carleton Ravens were named tournament favourites on Sunday, while the Calgary Dinos earned the at-large berth, as the seeding and quarterfinal matchups were announced for the men’s tournament at the 2020 U SPORTS Final 8 Basketball Championships.

The men’s tournament, hosted jointly for the first time with the women’s championship, by the Ottawa Gee-Gees, Carleton Ravens, and the Ottawa Sports & Entertainment Group, tips off on Friday and concludes Sunday with the gold medal game at 8 p.m. ET / 5 p.m. PT.

All championship bracket games (quarterfinals, semifinals, medal games) from both the men’s and women’s tournaments will be played at The Arena at TD Place, while the consolation brackets are played at the Ravens Nest on the campus of Carleton University. 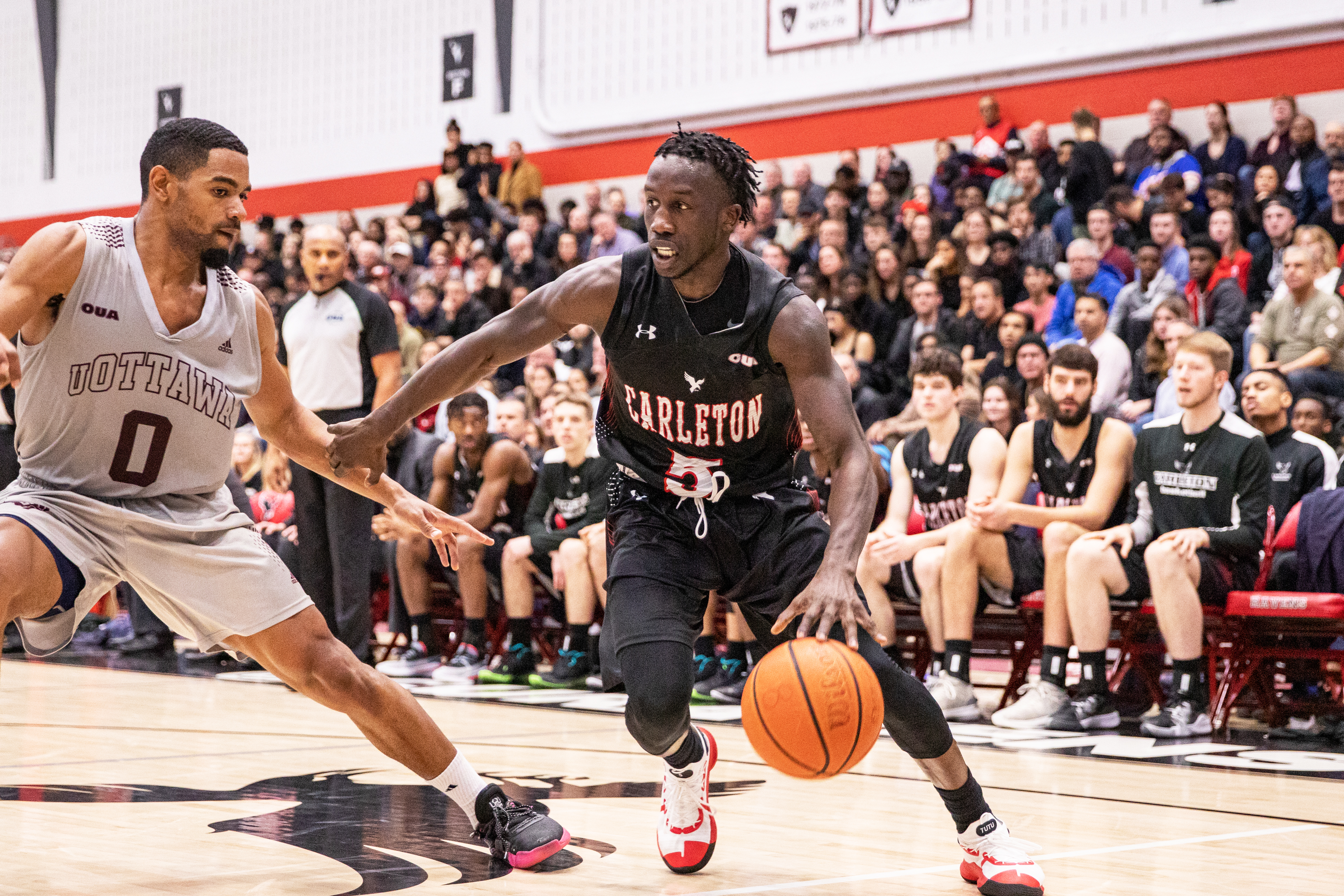 Carleton produced some staggering numbers in 2019-20, with 11 conference titles and 14 U SPORTS banners already secured since 2002-03.

The Ravens dominated opponents, going 21-1, with the only blemish coming against cross-town rival Ottawa in the Capital Hoops Classic, which the Gee-Gees narrowly won 68-67. Carleton paced the OUA in points (97.8 ppg), field goals made (36.7 ppg), field goal percentage (50.9 per cent), three-point percentage (38.3 per cent), rebound margin (12.7 per game), and points allowed (63.5 per game. First-year bench boss Taffe Charles was named OUA Coach of the Year after a 12-year tenure leading the Ravens’ women.

OUA Rookie of the Year Lloyd Pandi led the team at 16.1 PPG, with guards Yasiin Joseph and Munis Tutu close behind at 14.0 and 12.0, respectively. The backcourt duo of Isiah Osborne (10.9 ppg) and Alain Louis (10.2 ppg) provided a spark off the bench. 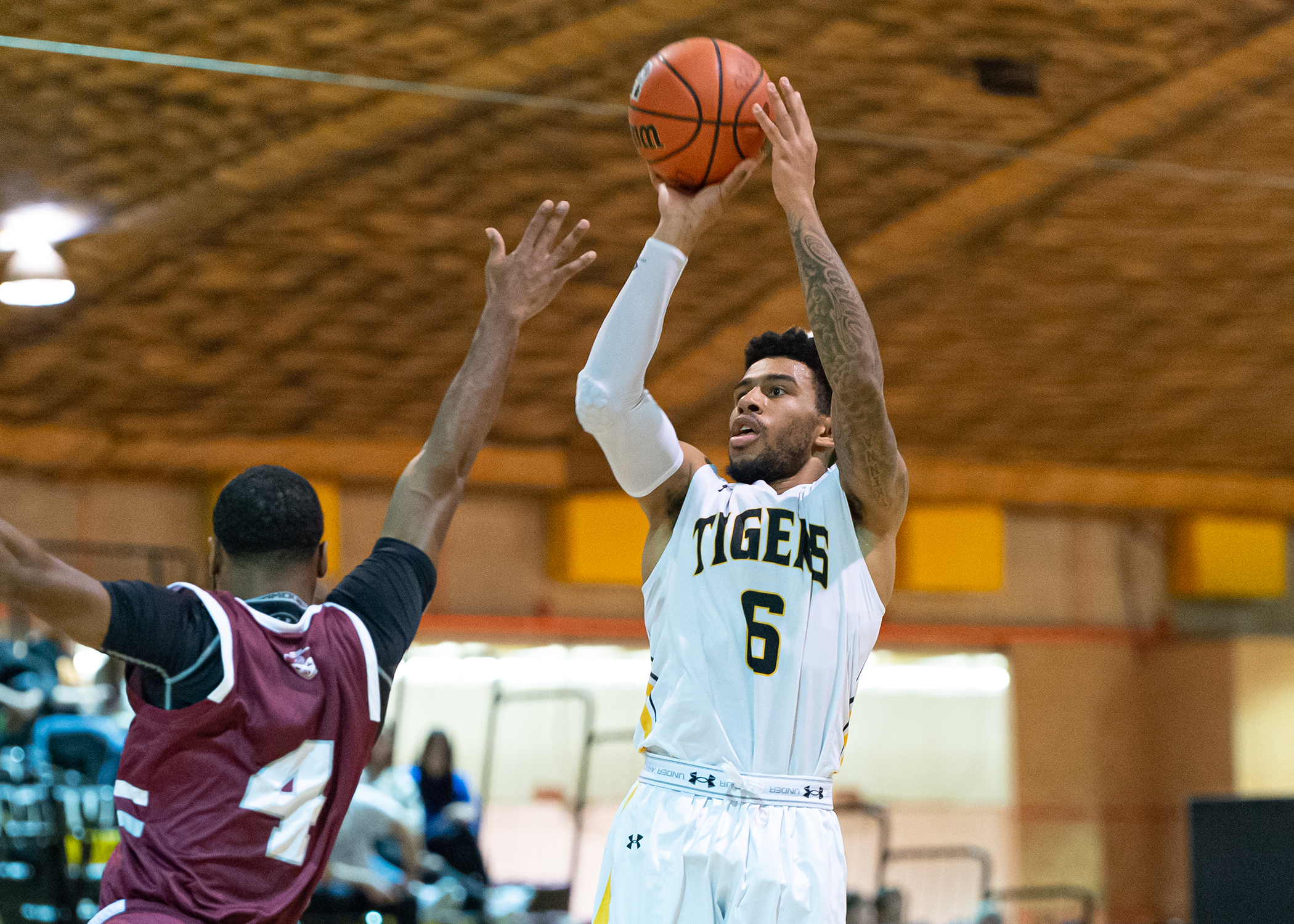 The Tigers went 10-0 in exhibition play to kick off their 2019-20 campaign. They went undefeated in the first half of the season, heading into the holiday break at 6-0 and collected three more wins at their annual Shoveller memorial Men’s Basketball Tournament.

Their undefeated streak continued until they dropped 78-77 loss to StFX January 11. From that point on, they got back on track to finish the regular season with a 19-1 record heading into the conference championship. Keevan Veinot became the first Dalhousie men’s basketball player to earn the title of conference MVP. He was also selected as an AUS First Team All-Star for the first time in his career. Xavier Ochu was named the conference Defensive Player of the Year, while head coach Rick Plato earned his third Coach of the Year nod in his seven seasons. 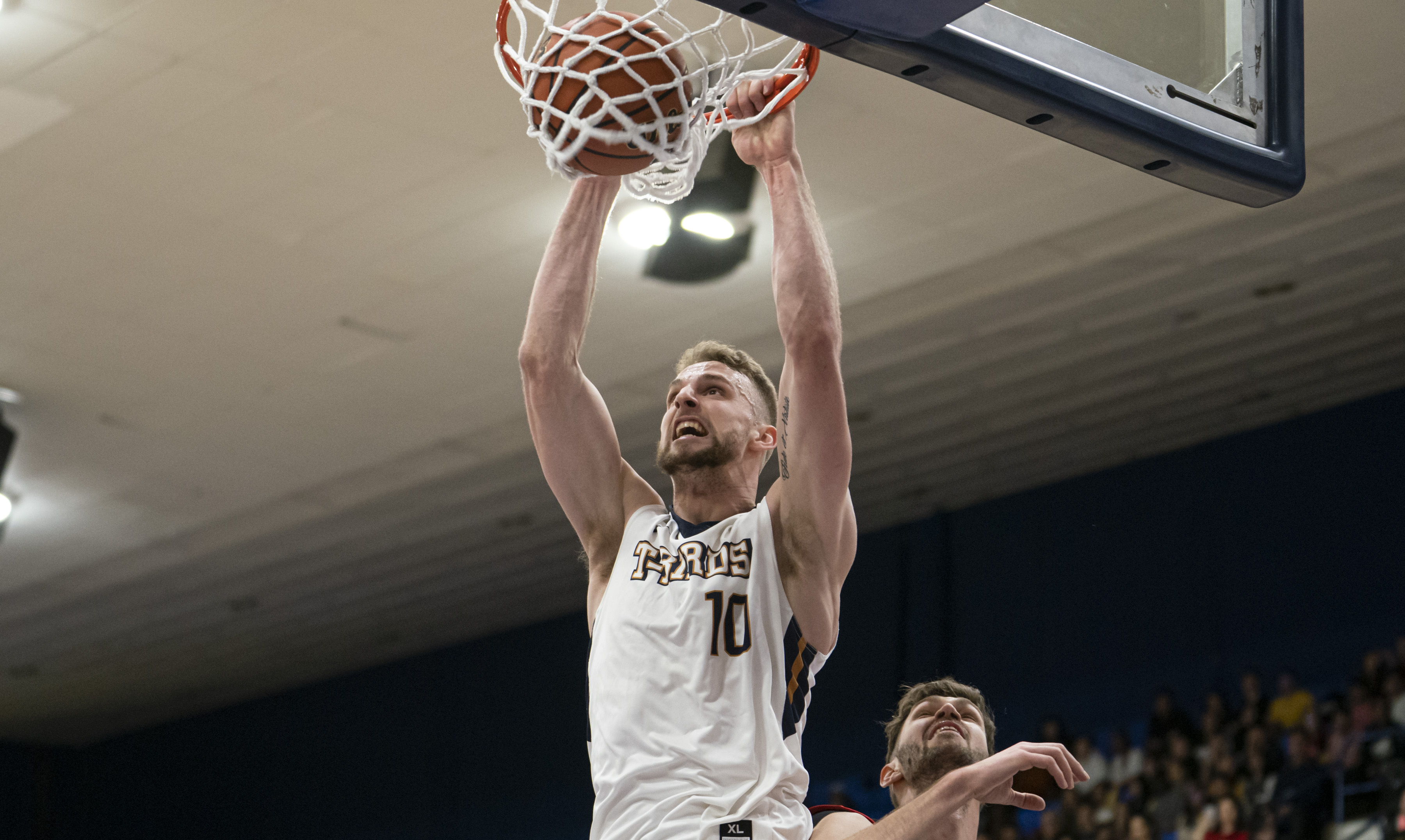 The UBC Thunderbirds finished third in the Canada West standings, highlighted by Kevin Hanson earning career victory No. 314 on Jan. 9, 2020, and becoming the winningest head coach in league history. 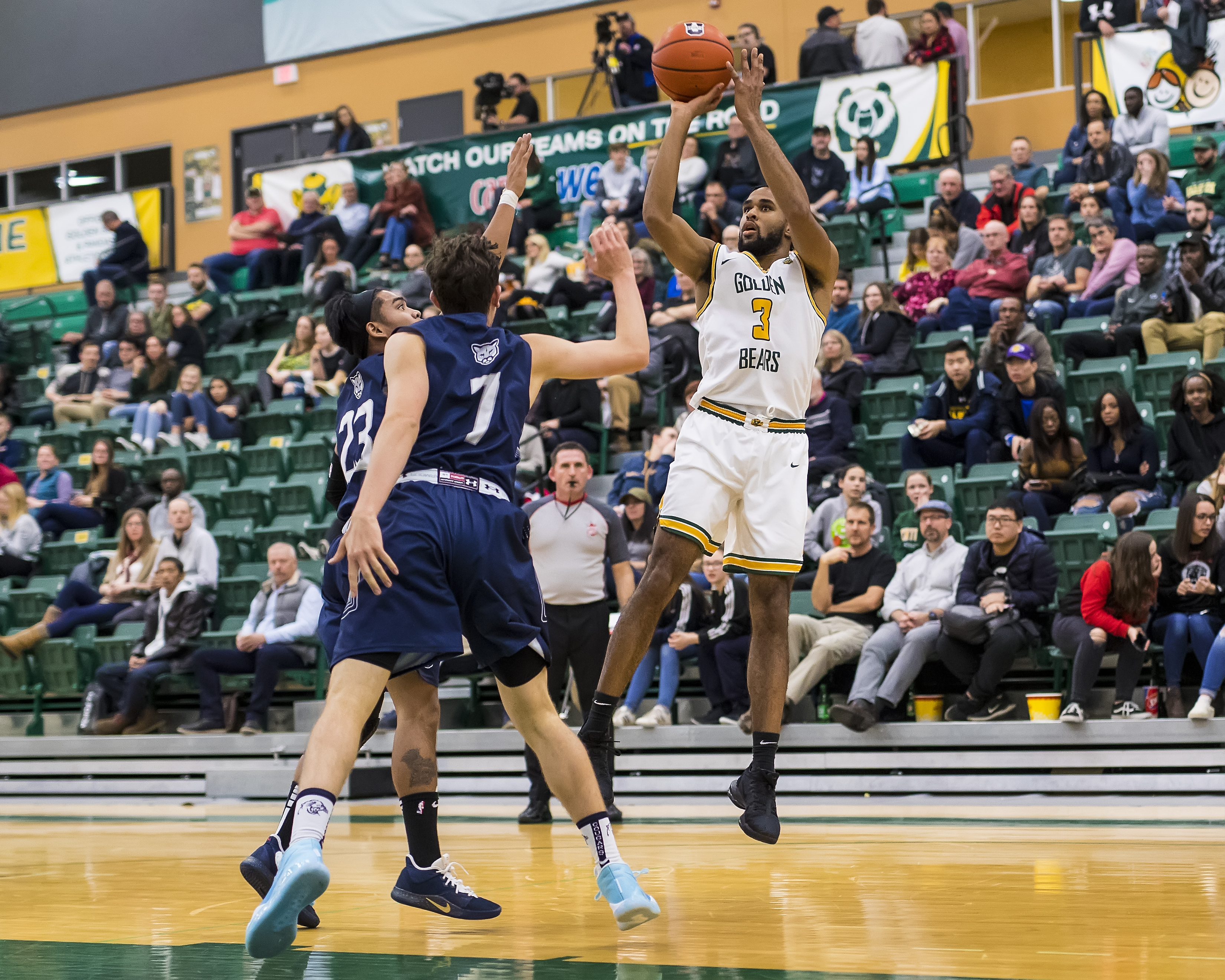 Playing without U SPORTS All-Canadian forward Brody Clarke for a majority of the regular season, the Alberta Golden Bears still finished with a 19-1 record, clinching the No. 1 seed in Canada West.

After eliminating Lethbridge in the quarter-final, the Bears advanced past Manitoba in the semifinal thanks to a 91-85 overtime win at home to advance to the U SPORTS Final 8 for the fourth-straight season (a program-first).

Propelling the Bears this season has been their deadly three-point shooting, which led the nation at 41.1 per cent this season. Clarke also returned late, averaging 18.9 points per game to finish the regular season. Alberta will be looking for a first win at nationals since 2014, having gone winless in six games over the past three years. 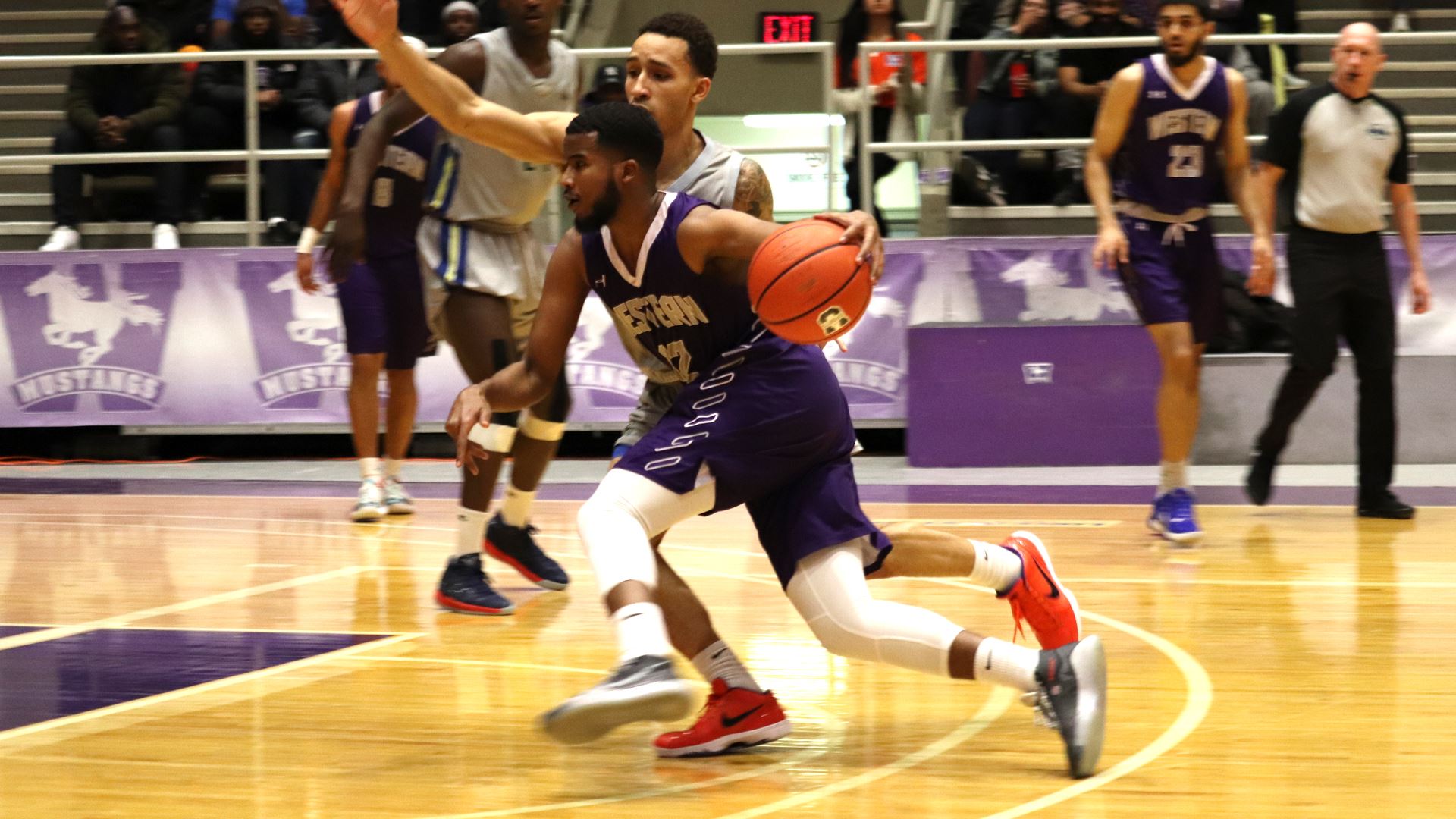 Western laid the foundation for its championship appearance after posting a solid 16-6 record to finish atop the OUA West division. Known for their deadly accuracy from long range, the Mustangs knocked down a league-best 10.5 three-pointers a game, while shooting 35.4 per cent along the way (second in the OUA).

The team is equally aggressive on the defensive end, leading the conference with 10.6 steals per game. Second-year guard Omar Shiddo and third-year forward Julian Walker proved to be a dangerous tandem in the Mustangs’ campaign, as they led the team with 19.6 and 17.8 PPG, respectively. Walker, a second team all-star was also a monster on the glass, finishing tied for eighth in the OUA among rebounders at 9.2 per game. 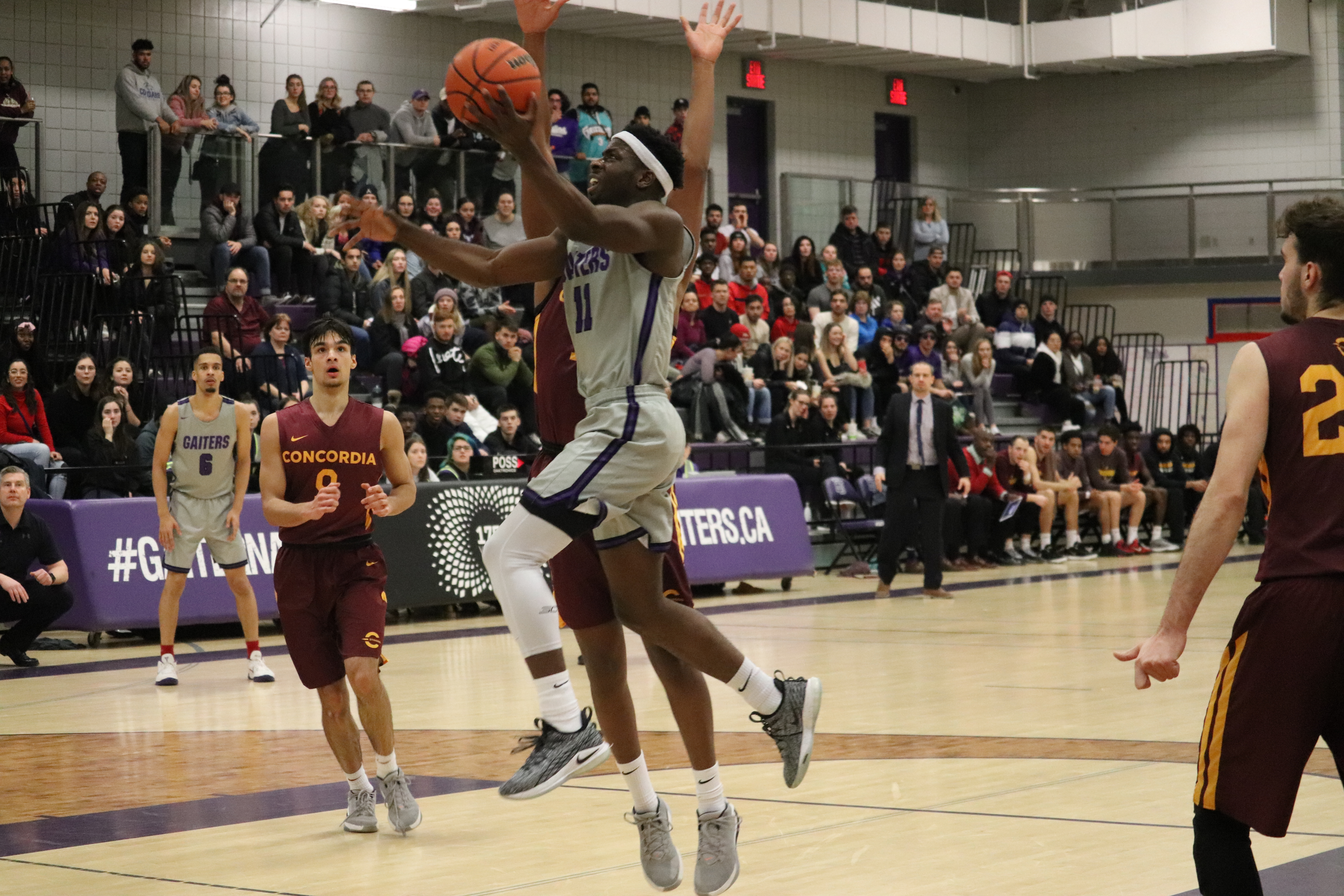 Junior Nervens Demosthene had a breakout year in 2019-20, leading the Gaiters to an 8-8 record and third place in the RSEQ. He capped his season off with a 39-point performance on 15-20 shooting on Feb. 20 against Concordia. Bishop’s then avenged a loss from a year ago when they beat the Stingers in Montreal in an RSEQ semifinal, before winning the conference title on a buzzer-beater over UQAM.

Demosthene is a former RSEQ Rookie of the Year and member of the U SPORTS All-Rookie team member. He was not heavily recruited out of Cegep but has made a name for himself this year.  The 39 points in a game is the most in the conference since 2014.

Abdul Kamane also earned all-star status despite missing games late in the year due to injury.

The emergence of local-product Carl Jacob leave the Gaiters with a bright future.  The Champlain-Lennoxville product was named to the conference all-rookie team.

The Gaiters return to the U SPORTS Final for the first time since 2015 and look for their first national championship since 1998. 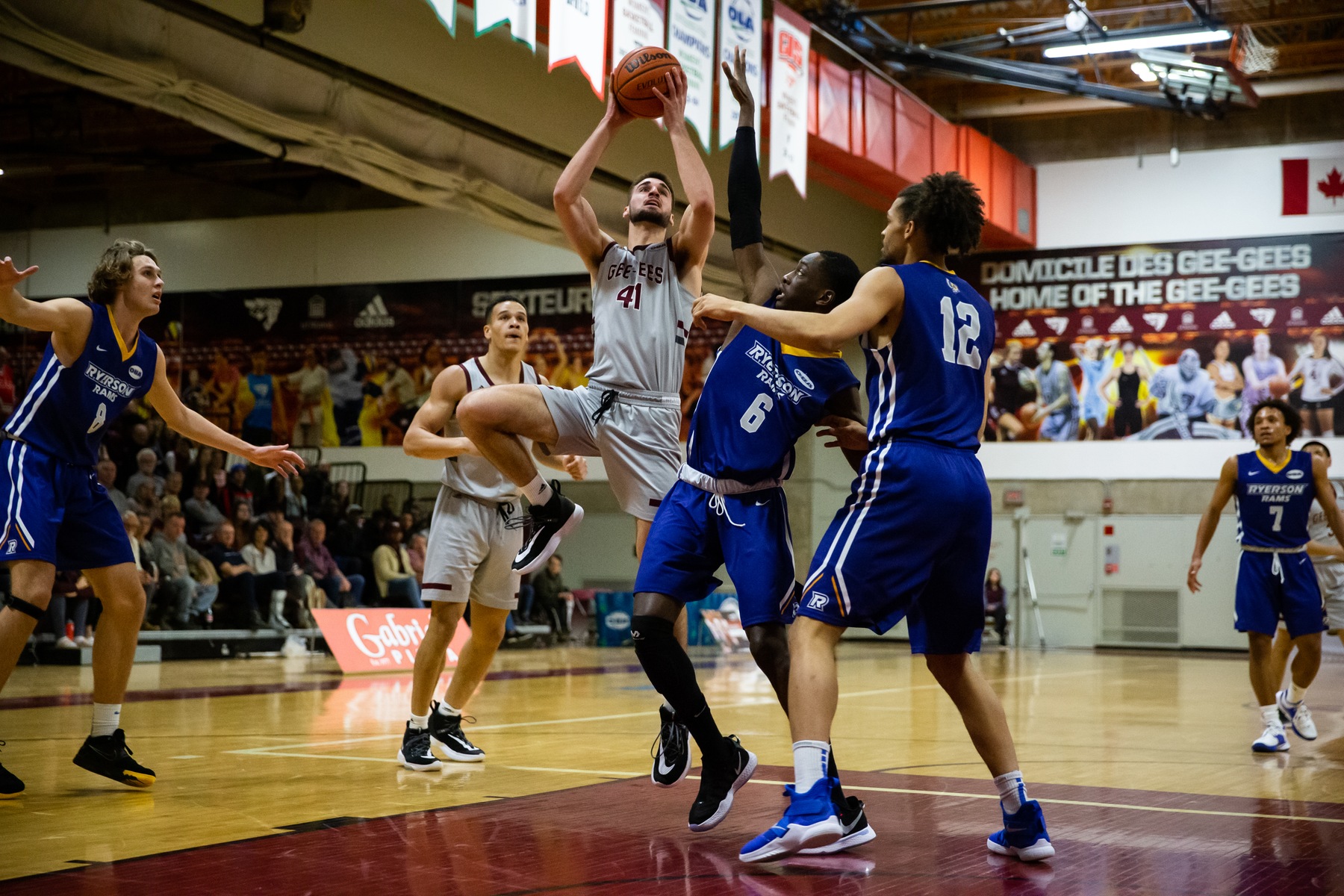 The Ottawa Gee-Gees are a perennial power in the competitive OUA, and will return to the Final 8 for the first time since 2016. Ranked as high as third in the nation throughout the regular season, Ottawa posted an 18-4 record, finishing with the second-best mark overall in their conference.

Behind the stellar play of fifth-year senior point guard Calvin Epistola, the Gee-Gees feature a well-rounded ability to score with the best teams in the nation and also lock-down on defence.

Epistola was named a First Team All-Star after averaging 19 points, 3.9 assists, and 2.8 steals per game.

In landmark wins over Carleton and Ryerson, the Gee-Gees held the high-flying teams to 67 and 54 points respectively. Ottawa ranked second in the OUA in points allowed per game with 70.0. On offence, the Gee-Gees scored 85.4 points per game.

The team’s quest for the Wilson Cup fell short in the semifinals, taking on their rival Ravens with a shorthanded lineup. Ottawa will enter the Final 8 with the host berth. 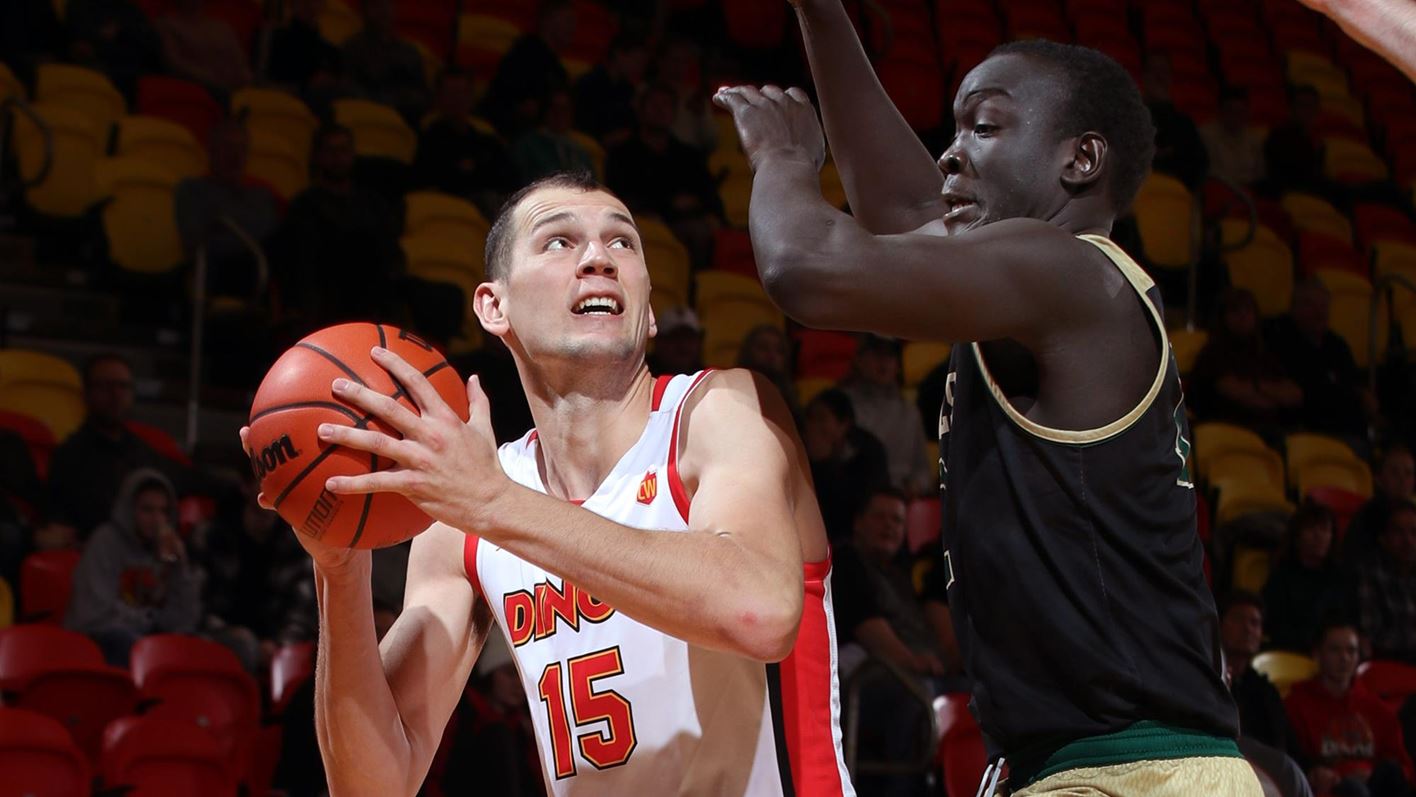 The Dinos have consistently found themselves near the top of the U SPORTS rankings, having a stellar season with few blips in the radar to finish 18-2. Their only significant falter this season came at the hand of the Alberta Golden Bears, snapping a winning streak that lasted more than two full years.

Big man and CW Player of the Year Brett Layton has been a force at both ends of the court, with the Law student setting both school and conference rebounding records after averaging 20.5 points and 14.7 rebounds per game this season.

In the post-season, the Dinos beat the UFV Cascades in the quarterfinals before being upset by the UBC Thunderbirds 82-71 at home in the semis, but their impressive campaign was enough to earn the at-large berth.