On July 31st 2020, amid the challenging times of the COVID-19 pandemic that shocked Canada and the rest of the world, Omar Shiddo’s life would change forever.

Shiddo, now the leading scorer in Western University basketball history, was stabbed in his rib. The knife damaged his spleen, punctured his lung and diaphragm and he was forced to undergo a laparotomy, an intrusive surgery into the abdominal cavity. Shiddo would spend five days in the hospital—four in intensive care—and would be bedridden for over a month.

Seven months after the incident, two government-imposed lockdowns and 31 staples across his torso later, Shiddo made a seemingly simple decision. It was time to be great.

“February first. I simply told myself it was time to be great in everything. I was in a race of my own and I was trying to be the best version of myself. After the injury, you’re out of shape and living a lifestyle that you’re not accustomed to being an athlete.” 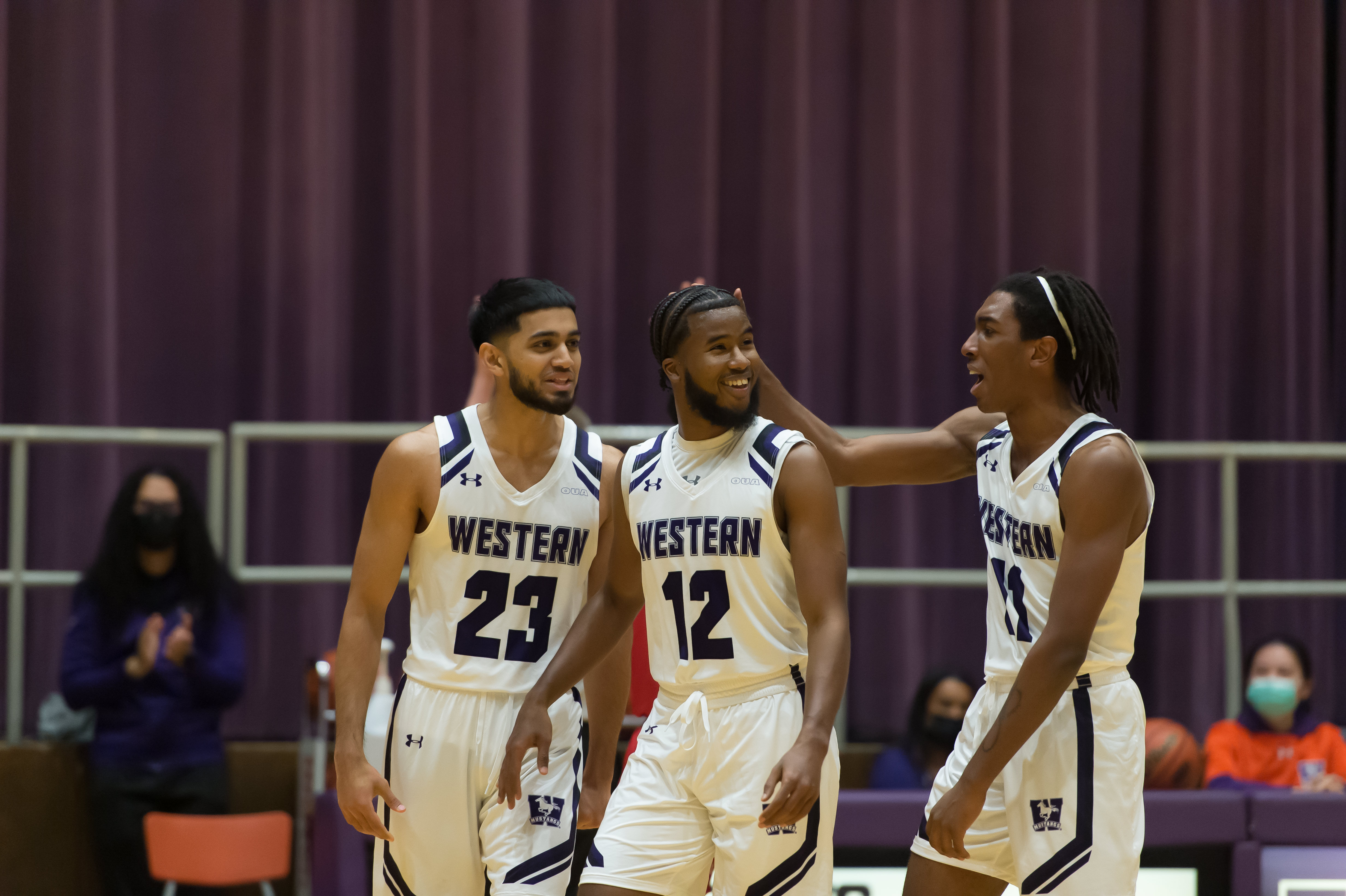 Shiddo, one of four siblings from Somali parents, grew up in Brampton—a mosaic of culture and diversity. The star point guard of the Western Mustangs credits his tight-knit family for helping him progress amidst his trying injuries.

“I was blessed with three siblings and having a two-parent household. I was lucky to have my family to be there for me mentally and emotionally,” said Shiddo. “It was extremely hard and it was a long process, but I’m better for it now.”

A trust in Muslim faith and the motivation to be the best person he could be—both on and off the court—drove the now fifth-year guard to live out the TTBG (Time To Be Great) mantra.

Islam teaches that thoughts are power of the mind and that strong believers don’t make excuses. It was this divine motivation coupled with Shiddo’s inherent optimism that became the driving factor in his road to recovery.

“God gives challenges to people for a reason,” said the twenty-four-year-old. “TTBG is an aspect of whatever you think it is. It’s about being a better son, being a better brother and just applying it to every facet of life, even academics. As soon as I made that change, that’s when things started to look up.”

Despite a strenuous journey from a hospital bed back to Alumni Hall, Western’s home court, it was clear that the job wasn’t done. Shiddo wanted to tell his story but wanted to tell it on his own terms. Too often, the lives and stories of Black athletes and people of the BIPOC community are portrayed in a way that fits in an inherently inequitable framework.

For Shiddo, it was important to tell his story through the lens of someone who understands what it’s like to grow up where he did, to understand the trials of successes of athletes competing in Canada and most of all, what it’s like to grow up as a Black person in a society that has historically stacked the deck against minorities. Because of this trepidation and aversion to the status quo, Shiddo reached out to fellow U SPORTS baller and up-and-coming storyteller, Osman “Ozzy” Omar.

Omar’s background parallels Shiddo’s in that they both come from Somali and Muslim descent. They both understand what it’s like to grow up playing basketball in hyper-diverse neighbourhoods. Being from Mississauga, Omar stood witness to this diversity.

“There are people from different cultures and different socioeconomic backgrounds,” said the fourth-year guard at Cape Breton University. “It’s definitely a good place to grow up and raise a family while showing people the inclusiveness of Canada.”

Like Shiddo, Omar’s history has its share of hardship along the way and he has had to battle through adversity to become one of the brightest stars in Canadian basketball.

When he was 16, he lost his father to a devastating shooting on the first day of Ramadan, the holy month of fasting in the Muslim calendar. Omar’s father was a man who had always practiced his faith. After his passing, Omar felt he owed it to his father and family to make Islam more prevalent within his life.

“Ever since then, it’s been a part of me. It keeps me even keel throughout everything that happens. Even through his passing, I understand that’s how life works. He wouldn’t want me to be someone constantly dwelling on it or to be in a bad space. He would want me to have the faith to stay focused.” 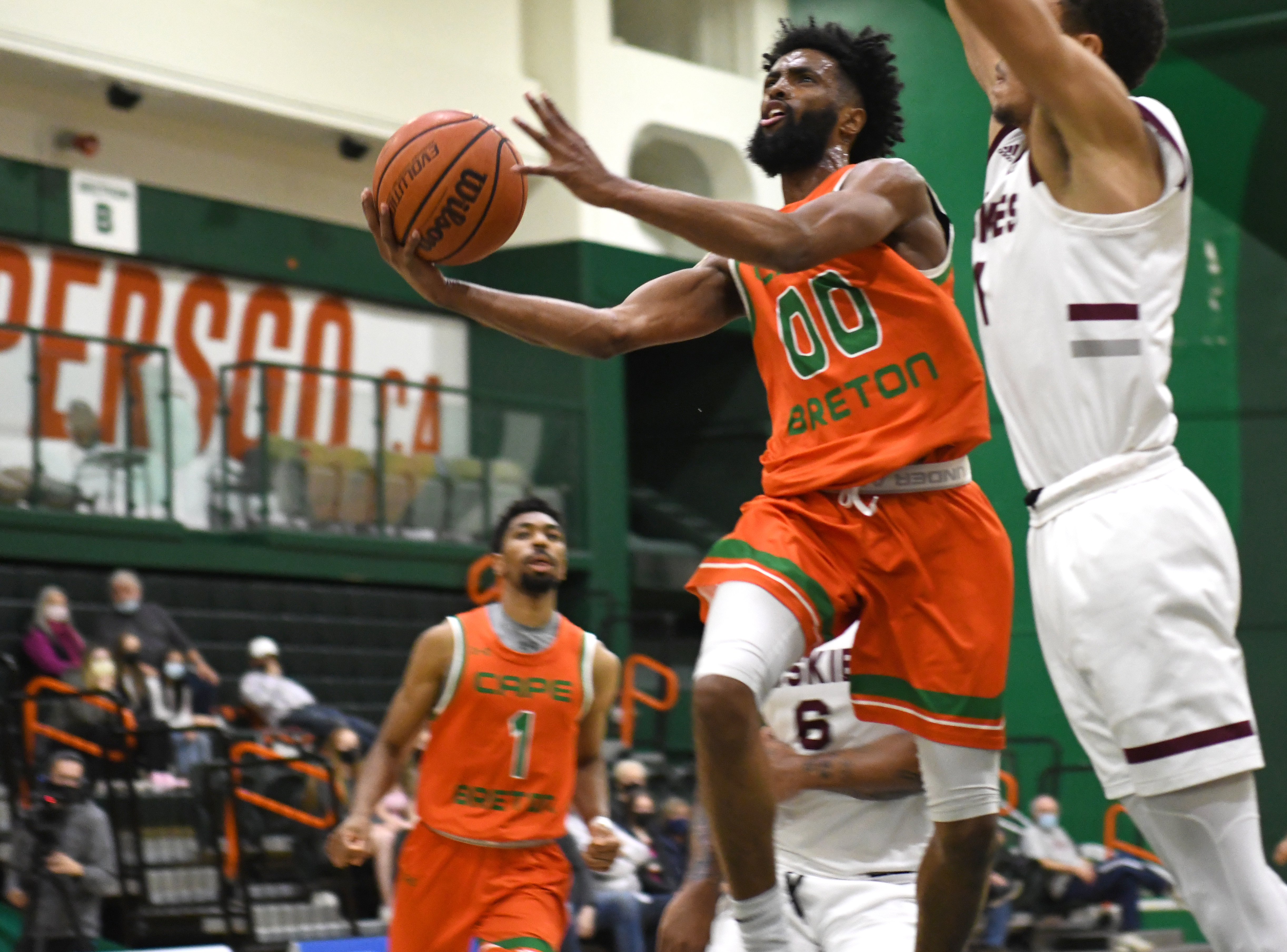 Omar’s faith was put to the test in 2015 when his dream to play NCAA basketball was dashed. He was playing basketball at a top prep school in California when just months before his graduation, the school lost its accreditation.  So did his offers from American schools.

“Being away from home, on the other side of America was definitely hard on me. It was a year and a half of staying focused and knowing things work out and that things happen for a reason. I just kept focused because I knew there was an opportunity that was going to present itself. And that’s what happened at CBU.”

Despite many Canadian schools passing up on Omar’s talents, the Cape Breton Capers found a diamond in the rough when they gave him a shot to compete at the U SPORTS level. Omar has since become one of the best players in the nation, winning the AUS scoring title twice and is currently leading the conference, averaging over 25 points per game.

The global pandemic was a trying time for people of all walks of life, especially for elite student-athletes within the U SPORTS ecosystem. Being able to train, practice or play became nearly impossible while heavy restrictions limited gatherings and by proxy, curbed the ability of student-athletes to hone their craft.

“On the court, it was a challenge because it was a time where I felt like I was on an upward trajectory in my basketball career, so having everything just shut down suddenly was definitely hard.”

While Omar wasn’t necessarily able to train with his teammates as much as he’d like to during the pandemic, he looked to his off-court passions by creating PureJumper Media, a digital platform to highlight the stories of Canadian University athletes.

“Off the court, I’m thankful to have started PureJumper and find a new passion in videography and cinematography. It started off with just highlights, but I feel these people have better stories. It wasn’t just what we’ve seen on the court, [It’s about] their upbringing, the challenges they’ve been through, their success and their failures.”

When it was time for the TTBG story to be told, the combination of Shiddo’s turbulent experience and Omar’s understanding of his walk of life resulted in a logical union between two of the best players in the nation.

“Ozzy and I have known each other for some time now. We’re both Somali. I remember when I had the idea of highlighting TTBG and my story, he was the first person that came to mind. Me and my older brother, Ahmed, were talking about it and brainstorming who could make this happen,” said Shiddo. “It has to be somebody that can enhance the story, someone talented and more importantly, understand it. It's perfect because we come from the same walk of life. We’re the same.”

The TTBG motto has since garnered national attention, being featured in Sportsnet’s Black History Month celebration. The story being told through the lens of a fellow Black Muslim in Canada is paramount to its authenticity says Omar.

“It’s really important to show people the realness and authenticity. Hearing a story about a Black person coming from a Black person definitely hits different. You can tell that there’s some level of truth in it and the relatability of it all is so important. When you hear these stories, as a Black person, you feel like you’re connected.”

While there has been progression in society and sports, there is still work to do from a societal standpoint in the realm of equity and inclusivity.

Shiddo and Omar look to combine their love of basketball with the urge to give back to the communities that helped mould their athletic careers. Through an initiative called the “Mending a Crack in the Sky Foundation” (MCIS), the duo will turn points into dollars—for every point scored three dollars will be donated to assist families impacted by gun violence.

While these are two of the best athletes at the U SPORTS level, their legacy goes beyond the painted hardwood.

Shiddo and Omar will tell their stories at U SPORTS Conversations, a live event celebrating Black History Month featuring several prominent Black personalities with ties to university sports in Canada is set to take place on Tuesday, Feb. 22nd.