Phil Vranic from the Guelph Gryphons and Meggie Dargis of the McGill Martlets are the U SPORTS Male and Female Athletes of the Week for the period ending October 15, 2017. 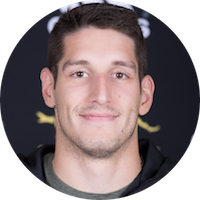 Vranic was a workhorse in the Gryphons' opening weekend of the OUA season -- and he went home with lots of hardware. The fourth-year Toronto native and co-captain of the team was razor sharp at the OUA Sprint Invitational on Saturday, Oct. 14. Vranic captured individual gold in the 50m fly, bronze in the 50m free event, and an additional two golds with his teammates in the medley and freestyle relays. A good day, overall, but Vranic, a Management Economics and Finance student, wasn't done.

On Sunday, Guelph's team traveled to the Badger Invitational and the 6-foot-4 Vranic won another three gold medals in the 100m free, 200m free and the 400m free races. He has dominated the 400m free, winning that race at the Brock meet for the fourth consecutive year. 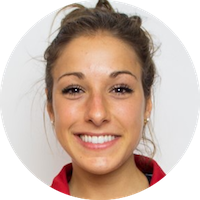 Dargis, a 5-foot-2 distance runner with the Martlets cross country team, led McGill to a first-place finish among six teams at the Jim Howe Memorial Race hosted by Carleton last Saturday in Ottawa. The 21-year-old finance junior completed the six-kilometre course in 21 minutes, 57.9 seconds to finish first of 110 runners and winning the race by 38.1 seconds.