Mambi Diawara of the Calgary Dinos and Savanna Jordan from the Dalhousie Tigers are the U SPORTS Male and Female Athletes of the Week for the period ending October 29, 2017. 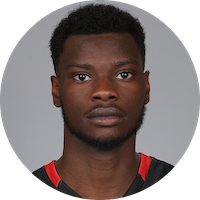 Diawara was a major factor in the Dinos’ opening weekend sweep of the UNBC Timberwolves. The fourth-year guard averaged 31.5 points in the two games, while collecting 18 rebounds, four assists, and five steals. On Friday night, the Dinos needed an 18-2 run in the final eight minutes of the game to break open an eventual 69-53 win. Diawara finished the game with 38 points, eclipsing his previous career high of 24 points, set on Nov. 12, 2016 at Victoria. The native of Montreal also added nine rebounds and five steals in the win. The next night, Diawara led his team in points again – this time scoring 25 – as part of an 85-75 win by Calgary. He also picked up nine rebounds and four assists. Diawara is ranked second in points-per-game nationally at 31.5. He is also tied for ninth in rebounds-per-game. 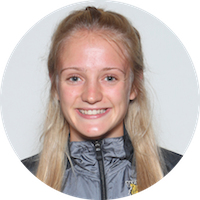 Jordan, a first-year kinesiology student from Calgary, captured first-place honours at the Subway AUS Women’s Cross Country Championship hosted by Acadia University in Wolfville, N.S. this past weekend. Her time of 30:05.0 in the women’s 8-km race was 51.8 seconds faster than the second-place runner.