But it wasn’t until Branna, went to the Ontario Federation of Schools Athletic Association (OFSAA) provincial championship for the first time in 2013 that truly inspired Brogan’s running career.

“When…she placed eighth (in the 800 metres), I couldn’t even comprehend how someone could do that,” Brogan recalls of her sister’s accomplishment. “Eighth in the entire province?! That just blew my mind.”

Five years later, Brogan finished first at the OUA Cross Country Championship during her rookie year with her hometown Queen’s Gaels, with Branna following behind her winning silver. It was a dream finish sharing the podium for the Kingston, Ont., natives.

Brogan finished with a time of 28:03 to win gold, and take home both MVP and Rookie of the Year honours, while Branna crossed the finish line in 28:34. The Gaels’ top-five runners had an average run time of 29:06, allowing the Queen’s women to capture the team title.

Branna won the OUA individual title last year and placed third individually at nationals in 2017, where the Gaels took second overall. Her instant U SPORTS success came just a year after competing at Iowa State in the NCAA before she returned home to Queen’s. Watching her older sister had an impact on Brogan’s decision to stay home in Kingston for her university academic and athletic career.

“I was able to see how Branna went to the NCAA and back, and that transition. Of course she is a big influence for me, and she’s a good competitor. That’s what makes her such a great training partner. She’s always so tough and anytime I’m struggling in a workout, I look over at her, and it gives me that little extra boost.” 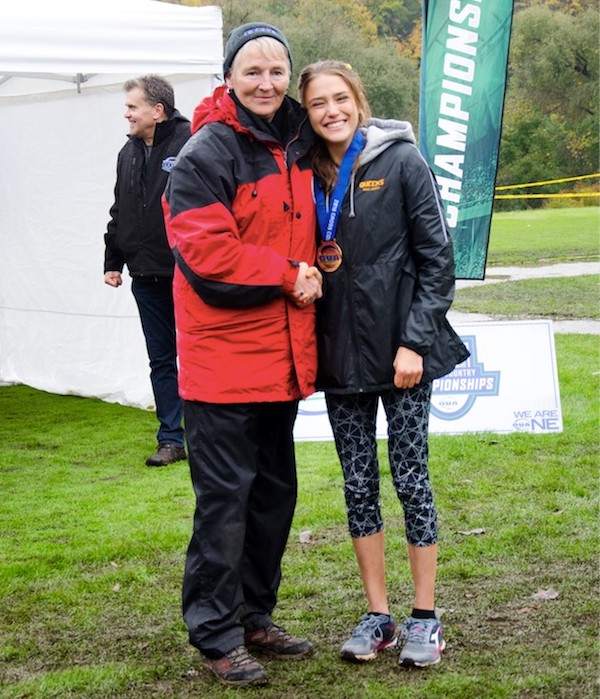 Brogan also cites Gales head coach Steve Boyd as a significant influence in her decision to become a Gael instead of attending an American school. She had been training with Coach Boyd during her high school years – setting records in her age group while competing with the national junior team – and that comfort played a role in the next chapter of her career.

Another person behind the scenes that was a mentor to Brogan was Claire Sumner. A star at Queen’s before graduating last year, Sumner is a former BLG Award nominee for U SPORTS Athlete of the Year who finished eighth at the World University Cross Country Championship in the spring. But she spent her first year of eligibility with the Toronto Varsity Blues before transferring to Queen’s and ended up thriving under Coach Boyd’s program and training.

“I remember my first practice at Queen’s was with Branna and Brogan,” recalls Sumner, who heard about Branna during her high school days thanks to her early success. “I miss them a lot. Branna and I were on the team together last year which was very special.”

Although she has never run on the same team as Brogan, Sumner adds the duo trained together frequently and notes what amazing runners and individuals the MacDougalls are.

“Not only are they the most amazing training partners, but they are the most hardworking girls I’ve ever met. They’re very competitive but also super supportive of one another.” 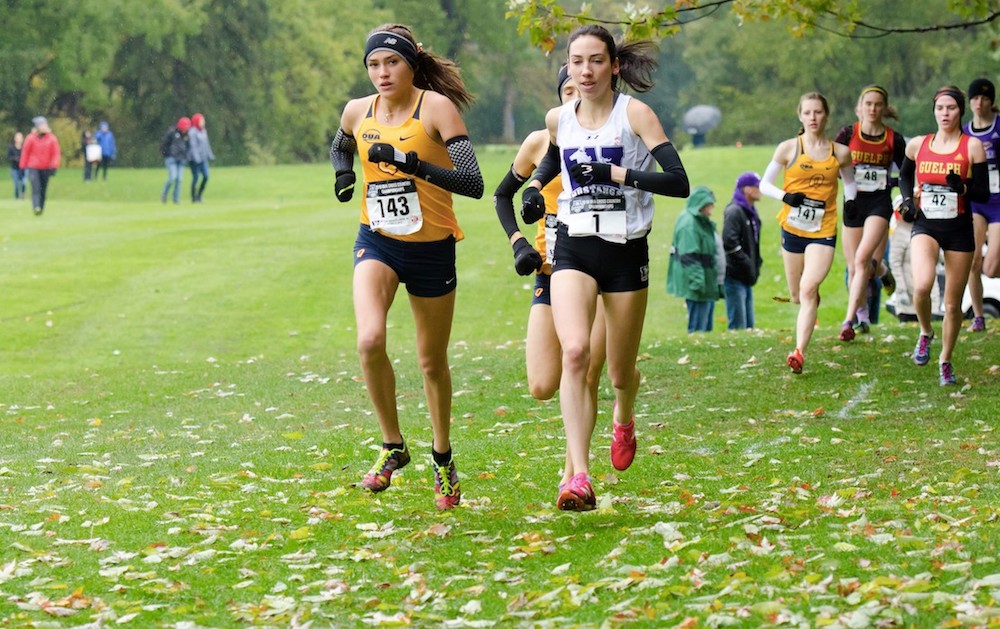 What Sumner loves most about the sisters is that their relationship comes first, as well as the way the duo both came back with a vengeance and never gave up after each succumbing to significant injuries early on in their careers. Sumner could relate to their injury comeback, having experienced one herself in her first year with the Varsity Blues.

Regardless of which MacDougall is racing, the sisters will give each other words of encouragement and a hug before each race, even if they occasionally push each other competitively from time to time. Brogan recalls their first time racing at the OFSAA Championships where both sisters were nervous in the tent because it had been raining and the course was very muddy as a result.

“Someone said they had extra-long spikes,” says Branna, referencing that they help you run better in the conditions on the track. “But there were only five and we both wanted them really badly.”

An argument ensued over who would get them, but they were able to get over it quickly, give each other a hug and prepare to race.

Who ended up with the spikes?

“Branna did,” Brogan laughs. “She said she got priority since she’s older.”

With the U SPORTS Championships set for Saturday afternoon on the MacDougalls’ home course in Kingston on Fort Henry Hill, both Branna and Brogan know all eyes will be on them.

“They really dominated…at the OUAs,” says Sumner with confidence. “I think they will…at U SPORTS too. “It’s amazing (for the Gales) now and I don’t know how it can get much better. They are very good at the long-term athlete development, and I think that’s just going to pull more people there and keep attracting (recruits).”

Raffaella is in her a third-year in the Radio & Television Arts: Sport Media program at Ryerson University. After an athletic career that was cut short by several knee injuries, she wanted to remain involved in sports, specifically the game of basketball. Her experience includes writing for At The Buzzer, at Toronto-based media basketball blog, where she has covered the BioSteel All-Canadian Game, Big3, the Duke Canada Tour, and Raptors 905 games. Keshishian enjoys telling personal stories of athletes and coaches which paint them in a relatable light.