QUEBEC CITY (U SPORTS) – Never had a university cross-country team captured both national banners on home turf. The Laval University Rouge et Or made history on Saturday in Quebec City, finishing atop the podium in the men's and women's races at the U SPORTS Championship, presented by Quebec Egg Producers Federation.

Led by individual champion Jessy Lacourse, the Rouge et Or women's team placed four runners in the Top 10 for an impressive score of 35, well ahead of Western (106) and Guelph (119). On the men's side, it was a much closer call. Despite an individual win by Mitchell Ubene of the Gryphons, Laval (62) managed to edge out Guelph (67) by five points, as well as McMaster (79). 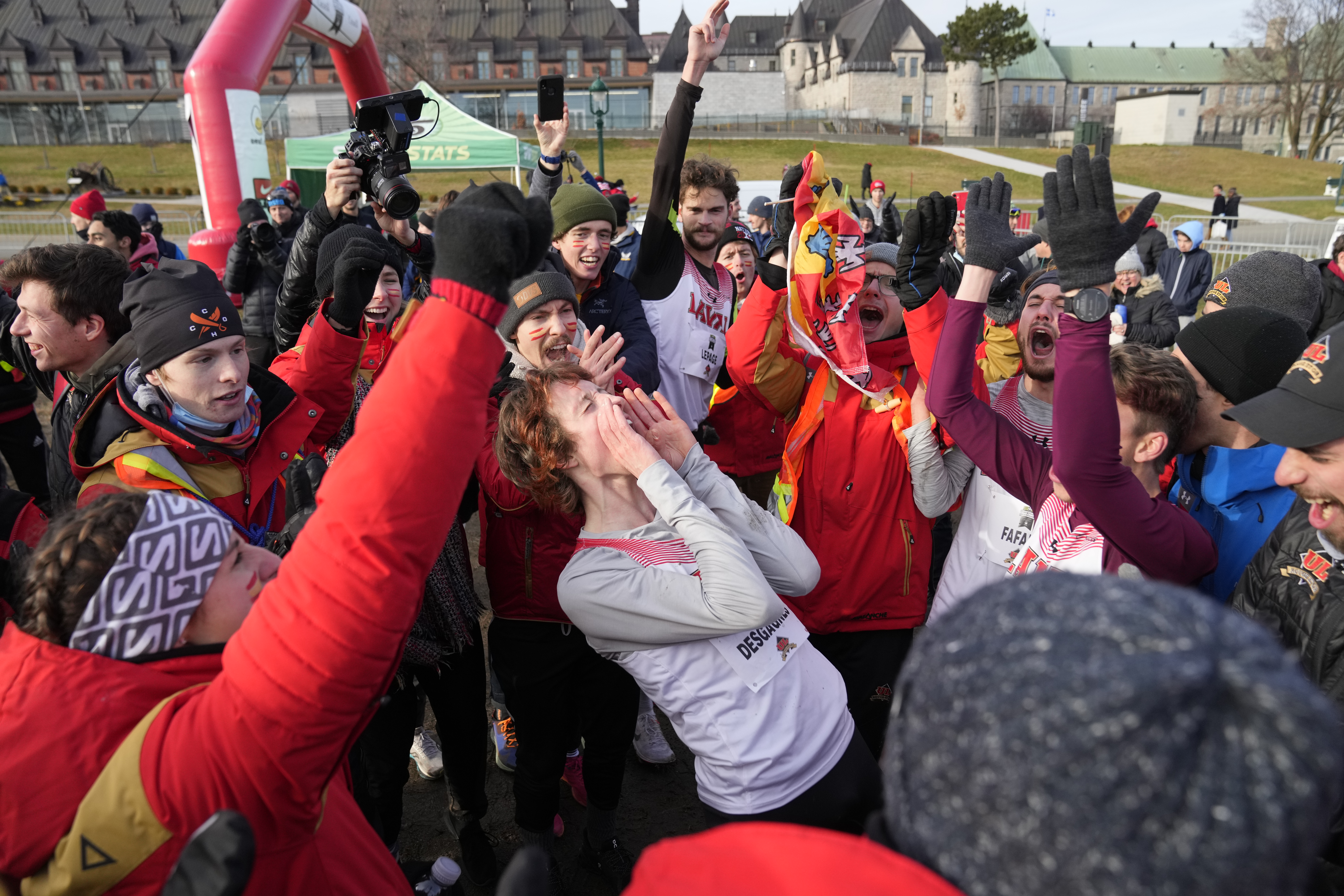 This is the second title for the Rouge et Or in the men's and women's categories. The women's team triumphed in 2018 in Kingston, while the men's team won their only title at the same venue in 2016 on the Plains of Abraham.

"We had an ambitious plan all year long to get here today and compete for the win in both the women's and men's events. Everything went well, they succeeded, and I'm very proud of both teams, said Félix-Antoine Lapointe, the head coach of the winning squads. This is by far the best day in the history of our cross-country team and even the Rouge et Or program, all sports combined. Winning both titles at home has never been done before. That's really what our teams accomplished today. It was a magical day!"

Jessy Lacourse completed a perfect season on Saturday after winning all three events she started in the fall. In second place for most of the eight-kilometre race, she found the energy to overtake UBC-Okanagan's Lauren McNeil in the final two-kilometre loop and cross the finish line with a time of 28:25, three seconds ahead of the silver medallist. 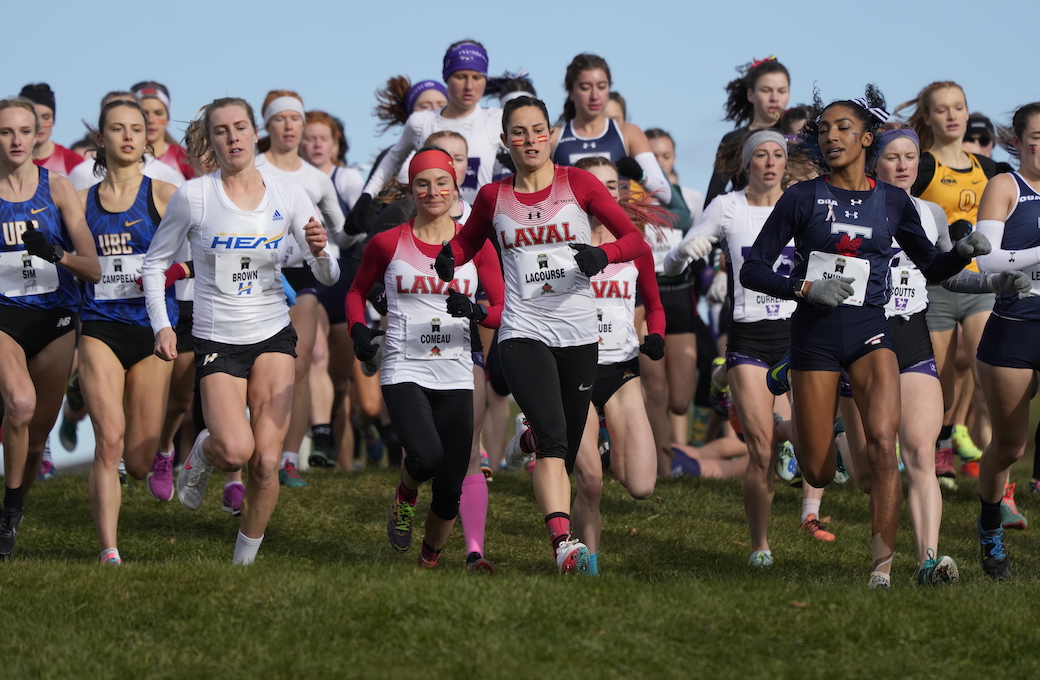 "Honestly, I couldn't believe it. Lauren McNeil, who was next to me, went head-to-head with me a lot longer than I thought she would. Hats off to her. It wasn't easy and I couldn't have run the race I did without her. To win on the Plains of Abraham with everyone cheering me on, that will remain a highlight of my career, no matter what happens next!,” said Lacourse.

Lacourse's teammate, Catherine Beauchemin, joined her on the podium in third place. A silver medallist at the 2018 U SPORTS Championship, Anne-Marie Comeau of the Rouge et Or finished just off the podium. With her ninth-place showing, Jade Bérubé solidified Laval’s dominant overall performance.

On the men’s side, Mitchell Ubene of Guelph ran a perfect race, essentially leading from start to finish to win the gold medal with a time of 24:27. Ubene, who finished second at the 2019 U SPORTS Championship, was proud to trade silver for gold.

“That was all that was on my mind. It’s my last year, so I was hungry. I wanted to leave it all out there and I’m super happy. The two Laval guys, Jean-Simon Desgagnés and Thomas Fafard started to make a couple of moves up the hill. With about one kilometre to go, the leading pack split up and it was just a sprint downhill and it was an insane finish! We knew it would be a crazy close race with Laval. Congratulations to them, but I’m really happy about how our team raced as well.”

Thomas Fafard (24:28) and Jean-Simon Desgagnés (24:30) of the Rouge et Or followed closely behind Ubene to round out the men's podium. Jonathan Tedeschi (11th place), Philippe Morneau-Cartier (21st) and Alexis Lepage (25th) helped the Rouge et Or pick up crucial points to edge the Ontario champions in the final standings. Lepage, who was a reserve, knew the day before that he would finally start the race to replace teammate Félix Lapointe-Pilote who was injured in practice. 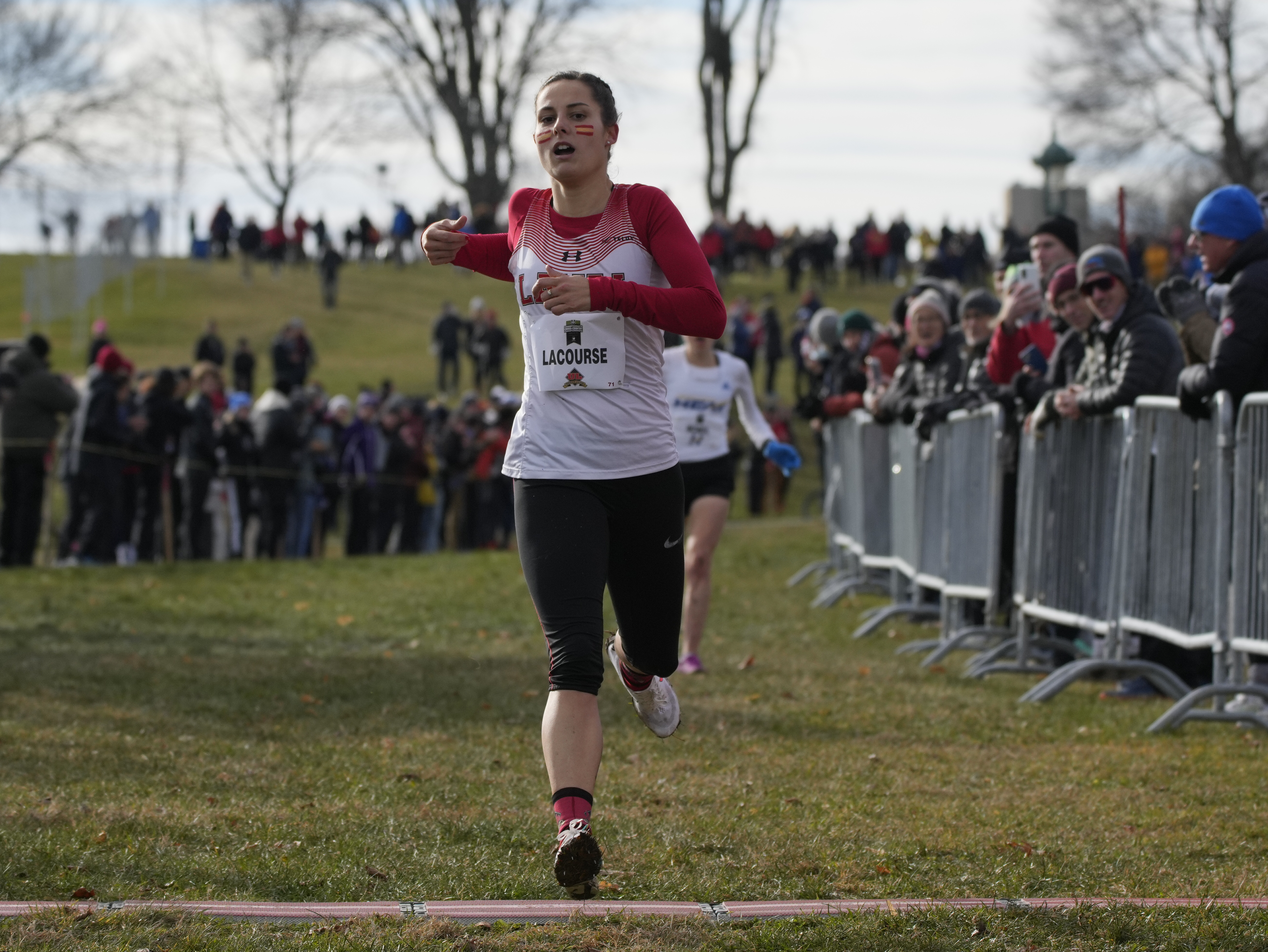 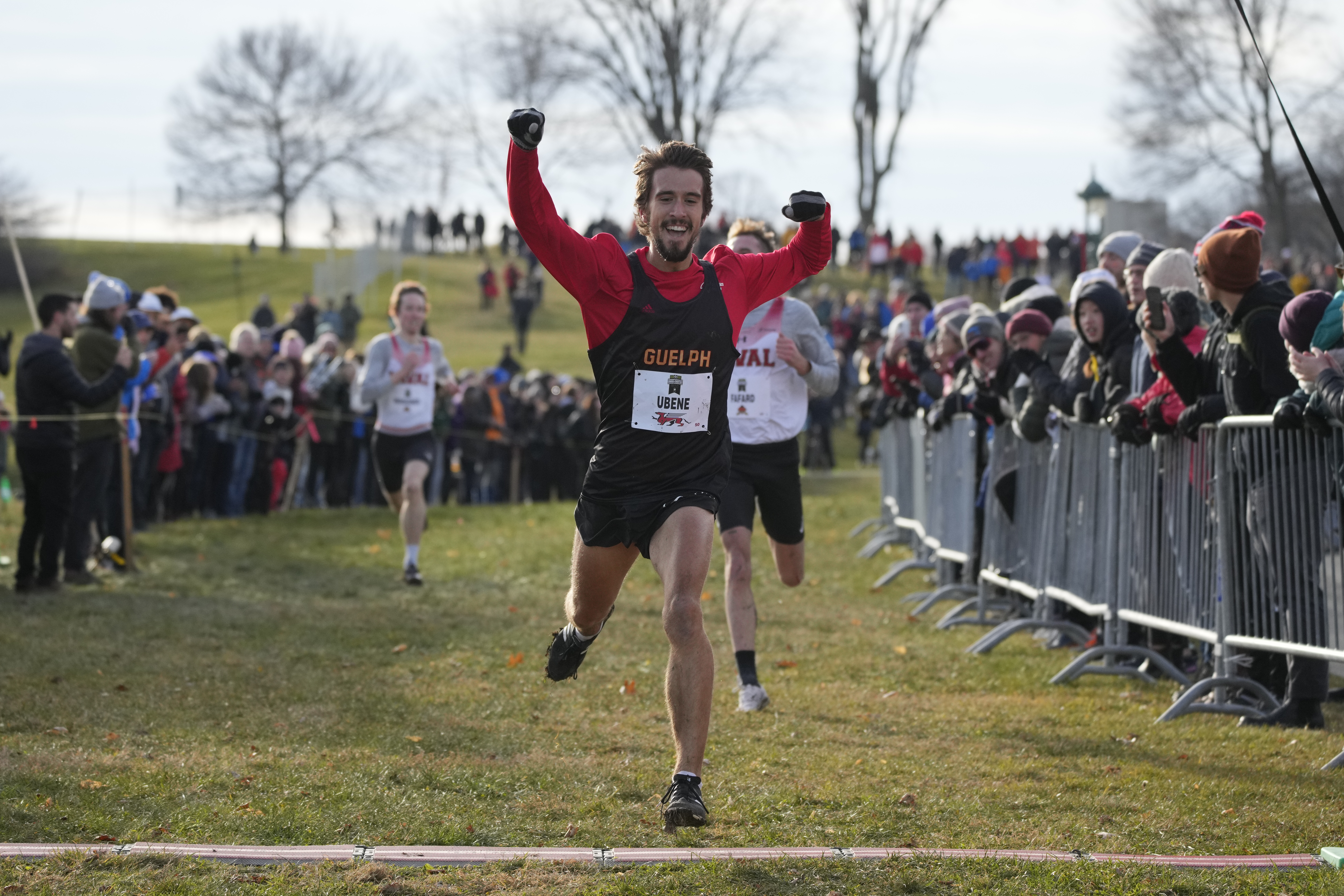