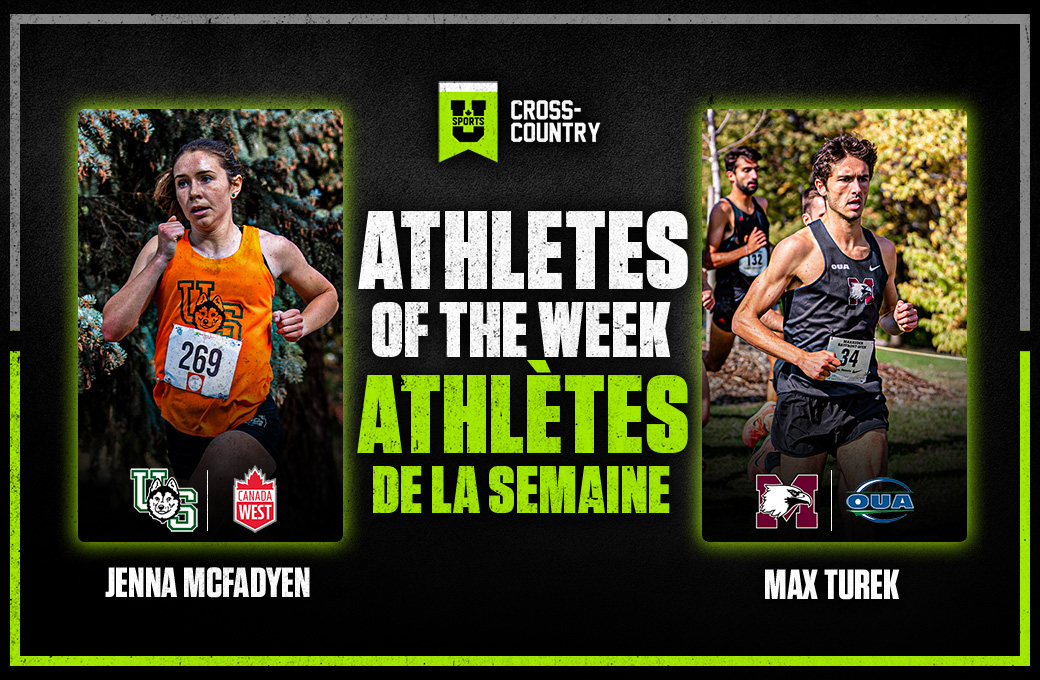 The Saskatchewan Huskies were on a mission to put the conference on notice in their final tune-up at Confederation Park on Saturday before heading to the Canada West Championships on October 29th. Top performer Jenna McFadyen wowed the field, finishing 33 seconds ahead of the second-place finisher, Regina’s Neigum Kaila (29:24), at the Stewart Cup in Calgary.

The second-year Huskie completed the eight-kilometre race in a time of 28:51, helping Saskatchewan sweep both team titles. The women’s team finished six points ahead of Calgary to finish first overall.

The McMaster Marauders hosted the annual Marauder Bayfront Open on Friday, the final race before the OUA Championships on October 29th. McMaster’s own Max Turek led the eight-kilometre race from start to finish gapping his first competitor and teammate Andrew Davies by 6.6 seconds to complete the course in a time of 23:47.2.

The Marauders continue to dominate Men's Cross-Country with 98 points following a top-four sweep and men's team title in Hamilton, Ont. on Friday. For the second time this season, the fifth-year runner has been named U SPORTS Men’s Cross-Country athlete of the week for his commanding performance.