For the 17th time in the last 21 years, the Guelph Gryphons are OUA champions in men's cross country. And it was Mitch Ubene leading the charge for the Gryphons on Saturday in Hamilton.

For the first time since 2017, the Gryphon men took the OUA banner, edging the host Marauders by eight points in the final team standings. Working his way from the second chase group, Ubene surged into the lead and took gold by a 10-second margin in 31:00.6, while the Gryphons initial pack leader Mark Patton won bronze and Kalum Delaney followed in fourth. With the victory over the field of 85 runners, the fourth-year talent became the 16th runner in Gryphon history to earn the title of individual champion at the OUA Cross Country Championships. He accomplished the feat in a time of 31:00.6, bettering Western’s Isaiah Frielink, the runner up, by a margin of 10 seconds.

A mechanical engineering major from Tecumseh, Ont.,  Ubene will now look to lead the Gryphons to a second national title in the past three years when the Gryphons head to Kingston on November 9 for the 2019 U SPORTS Cross Country Championships. 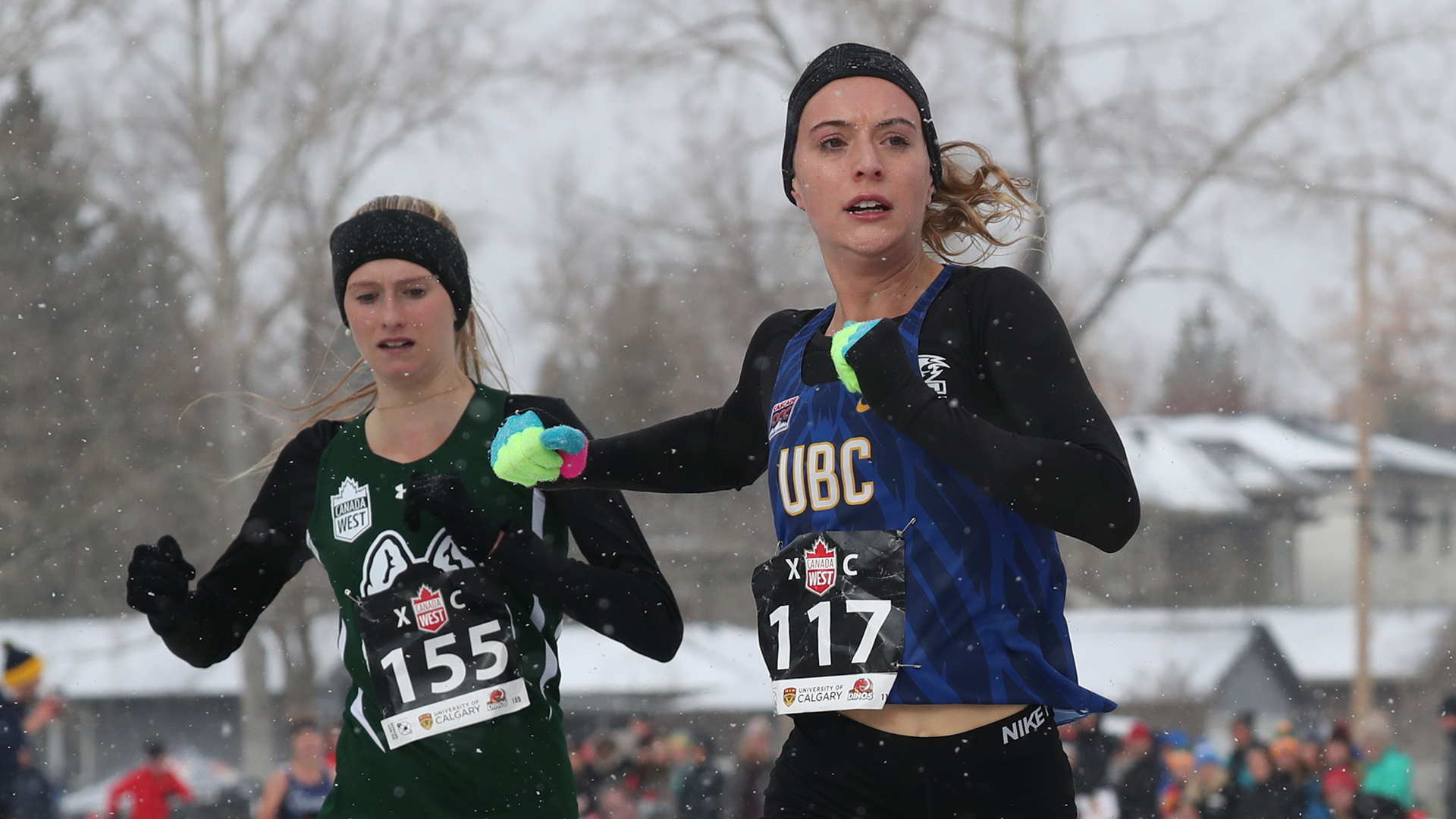 Running her final conference race in her hometown, Nicola Symonds crossed the finish line in first with a time of 30:35.49 on the eight-kilometre course.

Symonds' gold medal saw her named a Canada West first team All-Star as well as the 2019 Women's Cross Country Athlete of the Year.

Her tremendous conference finale helped the Thunderbirds secure the women's team championship for the second straight year. It's UBC's ninth women's conference championship and the first time the 'Birds have won back-to-back Canada West titles since 1974-75.

The victory was a highlight for UBC, as cross country made its return as a standalone Canada West event Saturday, after nearly three decades of the national meet doubling as the conference championship.

Symonds and the T-Birds will now prepare for the upcoming U SPORTS national championships which take place in Kingston, Ontario on Saturday, November 9th.