Coming into his first year of university at McMaster, Evan Ubene was looking to surprise a lot of people.

Throughout high school, Ubene played soccer and ran cross country and track, but decided to focus on the latter in his Grade 11 year. Whether it was on the track or soccer pitch, Ubene always thought he was capable of more.

The runner from Windsor, Ont., knew he was in good shape and ready to finally reach his full potential in university. Halfway through that first year, however, a jolt of pain fired in the left side of his lower back whenever he started to run. It was an unfamiliar pain for Ubene. And for someone who already battled a tremendous amount of struggle throughout high school, the back flare-up was another hurdle preventing him from reaching the promise he flashed growing up in southwestern Ontario.

Not knowing what was causing the pain in his back, Ubene ended his first year on the Marauders varsity running team before the indoor track season fully began. He hoped a brief layoff from the sport he’d grown to love would heal the injury in his back.

Ubene chose McMaster for both their Chemical Engineering and Management department and renowned running program, and was excited to contribute entering his second year. But the same injury prevented him from competing.

Even after seeing upwards of 10 different sport therapists and taking more time off, Ubene’s back wasn’t healing and he slowly fell into a deep depression. In his third year, he couldn’t run and found himself off the McMaster roster.

“One of the main two reasons why I came to McMaster looked like it was done,” says Ubene.

In 2014, Ubene opened up to the Windsor Star about his struggles with an eating disorder in high school. Following a disappointing cross country race in Grade 9, Ubene thought of ways he could improve and he thought losing weight would help his performance. He trimmed 10 pounds off his 105-pound and 5-foot-3 frame prior to his outdoor track season, before his parents convinced him to see a counsellor.

Following counselling, Ubene created a video outlining the risks of anorexia and the effects of eating disorders on teenagers. He also added his own personal story about struggling with anorexia, and submitted it to a $5,000 scholarship contest held by SOS Safety Magazine. The nationwide contest called on students across Canada to create videos that describe ways or provide resource guides to prevent issues impacting society such as bullying, drug addiction, or eating disorders.

Ubene’s video was selected among eight finalists, and later voted a co-winner along with another Ontario student’s video about safe relationships.

“The more people who share their stories with those kind of problems, the more it will make others feel like it’s not weird for them to talk about (them),” says Ubene, six years after winning the scholarship. “You can take medication for these things that will help. But in the end, the way to fully recover from mental issues like that is to talk about it and get your feelings out.”

In the winter of 2017, Ubene’s third year at McMaster, he wasn’t in a good place again. The underlying issue with his back — which was found after an MRI detected a transitional vertebra in the left side of his back — still caused him discomfort, and he couldn’t run. Essentially, Ubene says, his S1 vertebrae never properly fused, and since lumbar vertebrae aren’t as stiff as sacral ones, the condition created instability and pain on that side when he runs. The vertebrae caused inflammation and muscle tension to build up in his left side that he assumed his back was beyond repair.

Ubene says he was stuck in an “infinite loop” where he’d visit a therapist, which would help for a certain portion of time, before his back would reverse back to its original condition and start to hurt again. Without being able to use running as an outlet, Ubene had a lot more time to wallow in his own thoughts, and quickly found himself in seek of a new outlet. Despite being confined to the sidelines, he found a way to attend races to still feel a part of the team and the Canadian running community.

“The worst thing when you’re depressed is being by yourself,” he says. “Some thoughts creep in that aren’t good, and when you’re hanging out with people you tend not to think about that stuff as much.”

But he still craved some way he could still feel a part of his team and the sport of running, so Ubene turned to Twitter.

“I had nothing else going on. I had all this time where you have your thoughts to yourself, and you need some kind of outlet,” says Ubene with a laugh. “I guess that was my outlet, to make stupid-sounding tweets.”

Ubene launched a Twitter account in February of 2017 that quickly became synonymous within the Canadian university running scene for its light-hearted cross country and track predictions and commentary on the sport.

But Ubene still wanted to run.

As the Twitter account gained popularity, it took him the better part of three years — using a variety of prescribed exercise and techniques — before he could get himself into running form and rejoin the McMaster roster in his fourth year. Although he was able to run a few races over the past two years, Ubene assumed there was a small chance he would contribute to a McMaster roster that placed third at the 2018 U SPORTS Cross Country Championships heading into the 2019 campaign.

As the past cross country season progressed, Ubene placed consistently in McMaster’s top seven and earned a spot on the Marauders roster for the U SPORTS Championships this past November.

Among the biggest reasons for his comeback, he credits head coach Paula Schnurr for helping guide his comeback to running. Specifically, he says, Schnurr is flexible to each need of an individual athlete and helped Ubene still feel a part of the team during workouts despite the custom schedule due to his back injury.

“I’ve coached a few athletes who have had ongoing injuries with a few ups and downs, and I don’t think I’ve ever had someone quite like Evan who didn’t quit on it,” says Schnurr. “He is definitely the poster boy for perseverance.”

Day and night, Schnurr says, while Ubene was hurt she would see him work to reach a fitness that would allow him to contribute to the team.

“Just seeing him showing up on his own, because he couldn’t make the group practice, in the dark. We would joke because one of his things is trying to get to bed at night, but sometimes I’ll be out in our neighborhood walking the dog at 10 o’clock and I’ll see Evan running by — that’s just who he is.”

Guelph edged out McMaster by eight points at the OUA Cross Country Championships, but at the U SPORTS race two weeks later, the two teams tied for second place with exactly 82 points. Evan’s brother, Mitch, who runs for Guelph, finished second place at the national championship. Evan crossed the finish line in 35th place, 24 seconds after Mitch, and thought it wasn’t enough to take down his brother’s team in the final standings.

“I thought I would have to be top 30 to beat Guelph,” says Evan. “So I crossed the line thinking we didn’t beat them.”

However, as McMaster’s fifth runner and final scorer, Evan beat Guelph’s fifth runner by four places to inch out Guelph and give the Marauders the national silver medal. “It was pretty unbelievable how things happened, in the moment (after the race). I was thinking about how that Twitter account was the spark that led me down the path to this.”

It was the long awaited surprise Ubene knew he had in store for so many people since coming to McMaster six years ago. 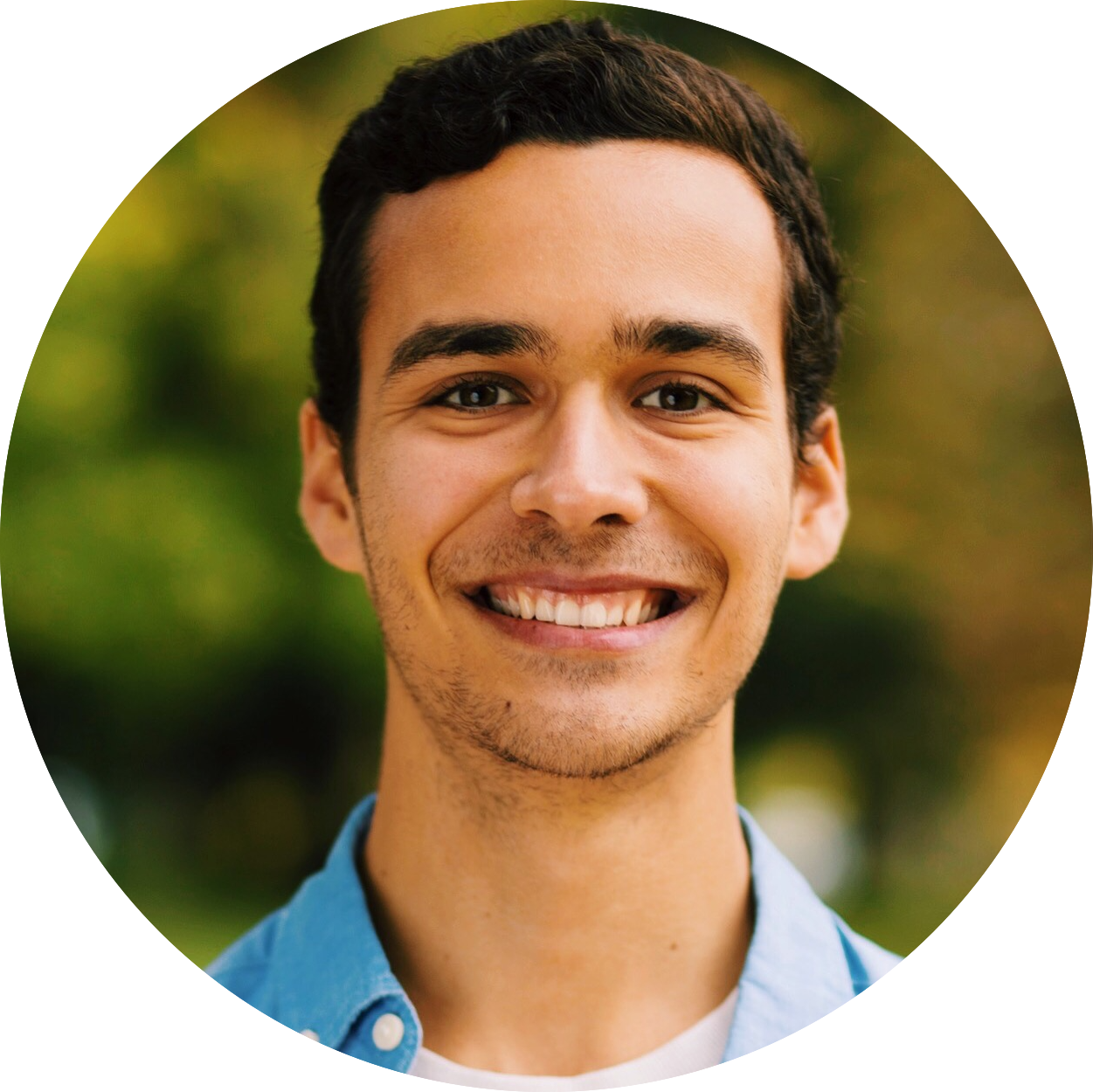 Josh is a fourth-year writing student at the University of Victoria. He's a Senior Staff Writer at UVic’s campus newspaper, The Martlet, and has written for The Globe and Mail and Tyee. Josh is also a varsity cross country and track runner for the Victoria Vikes.