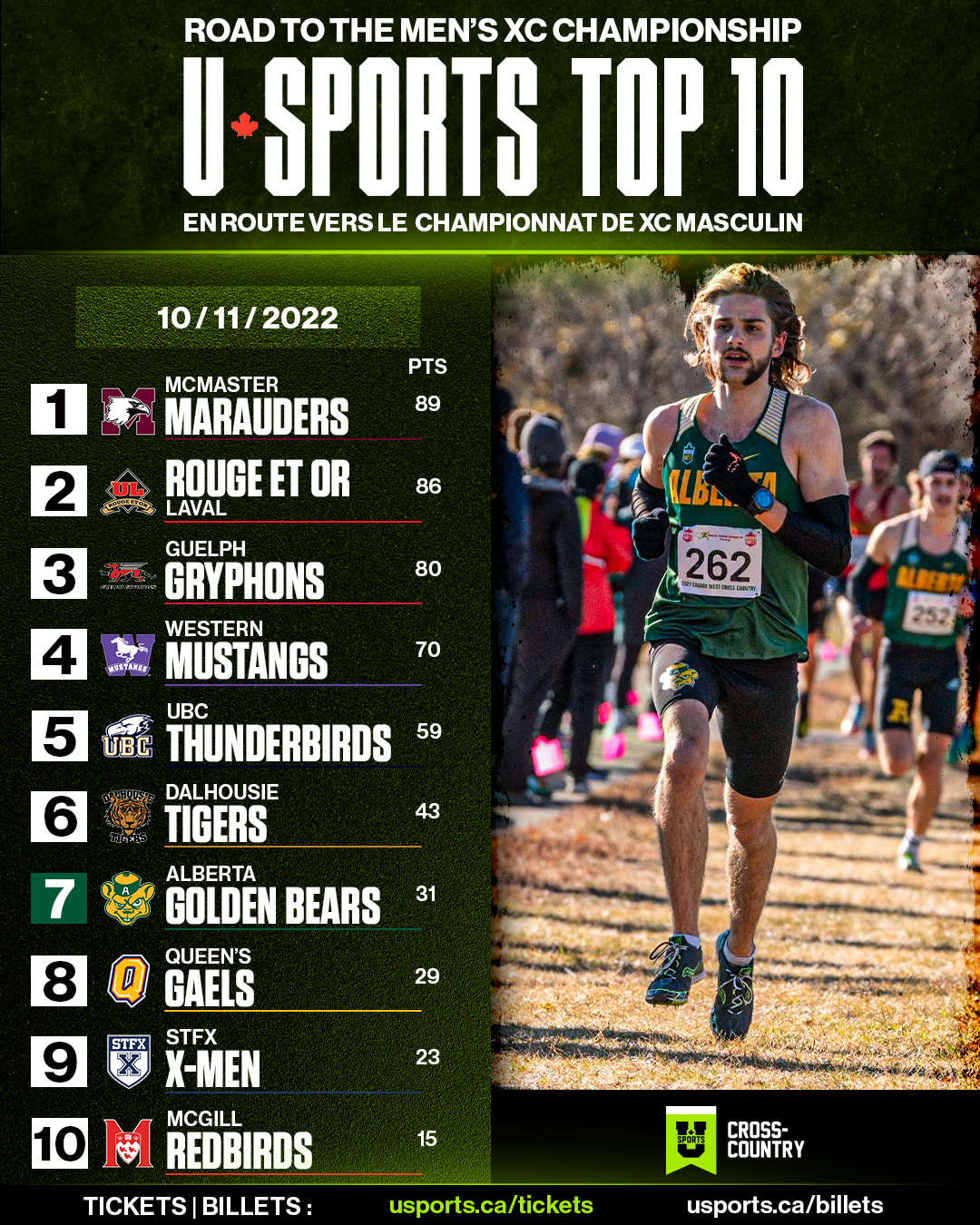 The Alberta Golden Bears (31 pts) are the biggest movers in men's cross-country this week. The Bears climbed three places to No. 7 in the U SPORTS rankings following gritty performances at the Trinity Western Open at Clearbrook Park in Abbotsford, B.C., on Oct. 8. The 2021 Canada West first-team All-Star Riley Stuermer won the eight-kilometre race in a time of 24:34.8, finishing 12 seconds ahead of his nearest competitor. The 5-9 graduate student is the first Bear to win a race since Royden Radowits won the 2019 Sled Dog Open in Saskatoon.