The University of Alberta Golden Bears and Pandas both went a perfect 2-0 to open their tournaments, leading both the men and women’s standings after the first day of the 2018 U SPORTS / Curling Canada Curling Championships at the Leduc Recreation Centre.

After earning wins against both Dalhousie (5-3) and Ryerson (11-3), the Bears are the only undefeated team left after two draws on the men’s side. The Pandas, who knocked off Memorial (7-6) and Thompson Rivers (10-5), are joined by the Brock Badgers as the only two teams on the women’s side with perfect records after day one. 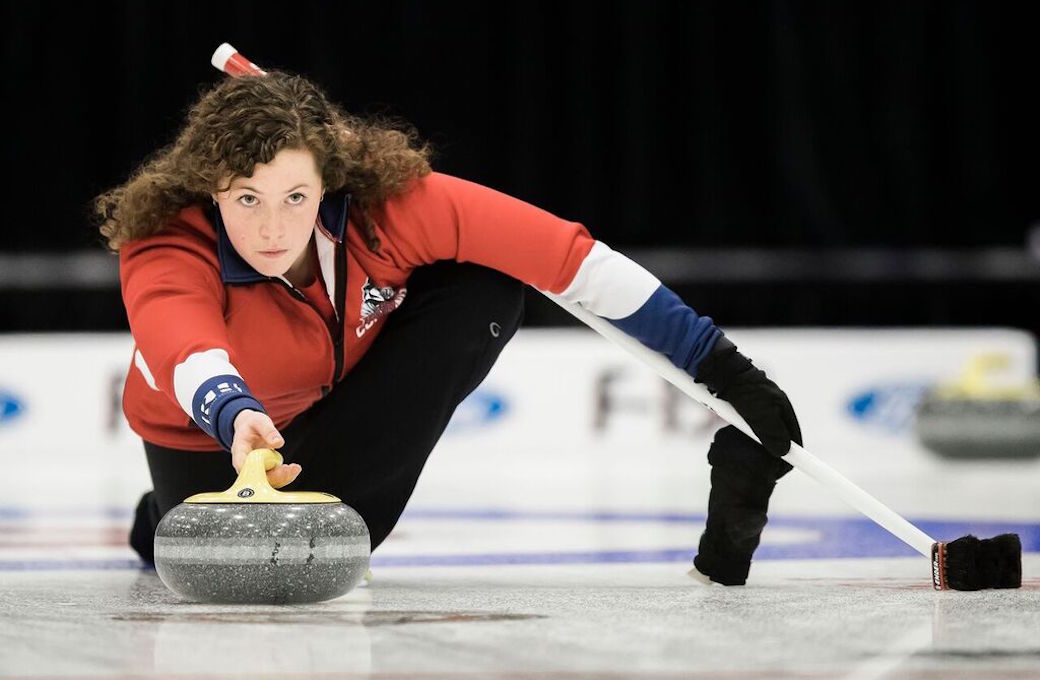 “I was really pleased how we built up through the day,” said Golden Bears head coach Rob Krepps. “The conditions are challenging, with how much curl there is in the ice, but I thought we improved during the first game, and I really like how we played in the win over Ryerson.”

Following the Bears in the men’s standings comes a log-jam of teams sitting at 1-1, including Dalhousie, UNB, Brock, Winnipeg, Waterloo, and Ryerson. The Regina Cougars are the only team still looking for a win, losing to both Ryerson and Dalhousie.

The experienced Bears opened with a narrow win over Dalhousie in the tournament opener, before cruising past Ryerson in eight ends in a battle of undefeated teams in Draw 2. 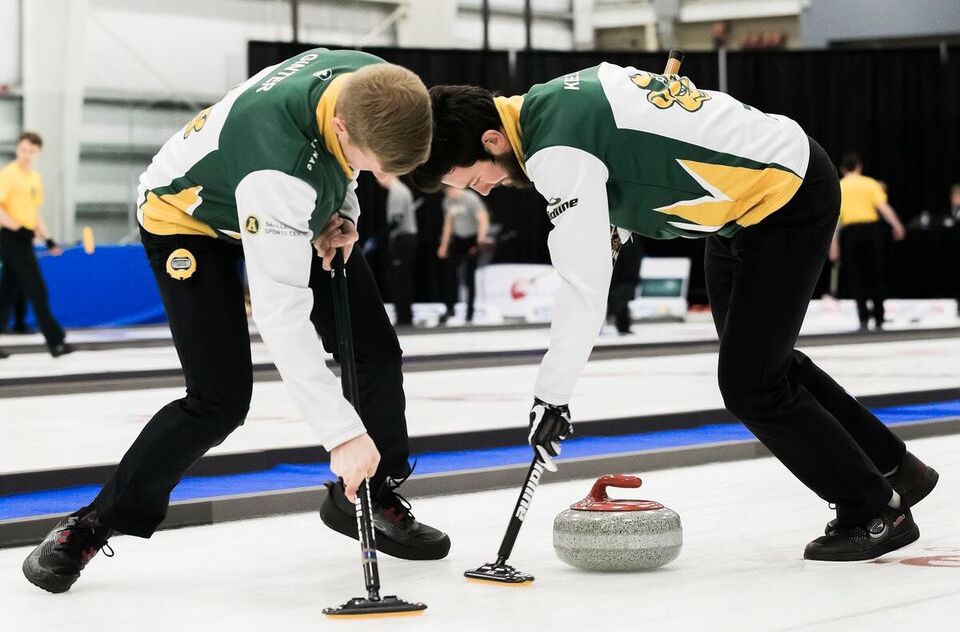 “I’m really happy with how our guys threw today, and adhering to our systems. I think it will be a gradual build throughout the week,” continued Krepps. “I think we need to continue to focus on the subtleties of the playing conditions tomorrow and throughout the rest of the tournament.”

The Pandas, who are looking for their third U SPORTS Championship in four years, began their tournament with a back-and-forth win over Memorial, before stealing four in the 10th end against Thompson Rivers in Draw 2 to earn the 10-5 win. Brock, meanwhile, put together an incredibly strong opening day as well, defeating Mount Allison 14-5 in Draw 1, before handing Regina their second loss with a 7-4 decision in Draw 2.

The women’s side is also full of teams who finished their first day with 1-1 records, as Memorial, Mount Allison, Wilfrid Laurier, and Thompson Rivers sit in a tie for third place after two draws. Similar to the men, the Regina Cougars are winless on the women’s side, along with the Queen’s Gaels, who both have 0-2 records.

Day 2 of the 2018 U SPORTS / Curling Canada Curling Championships gets underway at 3:00 p.m. ET / 12 p.m. PT  on Sunday at the Leduc Recreation Centre, with all eight teams on both sides of the draw back in action.