Over a nine-day span, three Canadian curling championships will be on the line at Willie O’Ree Place in Fredericton, N.B., it was announced today by Curling Canada.

“We couldn’t be happier to see these three significant championships staged under one roof in the great city of Fredericton,” said Resby Coutts, Chair of Curling Canada’s Board of Governors. “It will be nine days of world-class curling on the ice and, I’m positive, world-class hospitality off the ice, and I know curlers, fans and officials will be smiling ear to ear next March.” 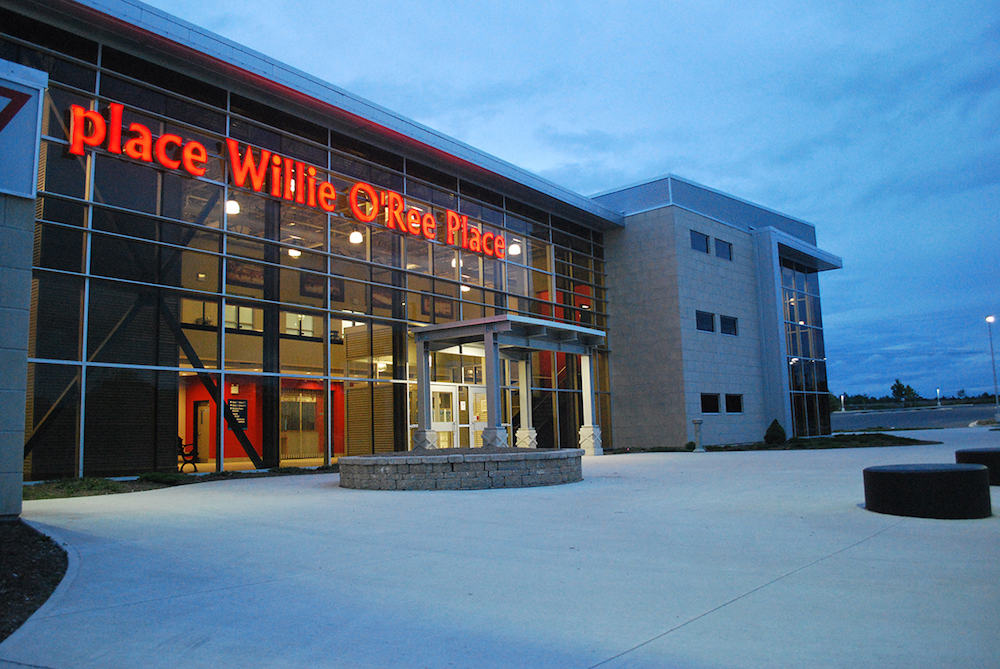 To be able to welcome students from all over Canada to Fredericton as we host the U SPORTS and CCAA Canadian Curling Championships is a great honour for this University town.

“The University of New Brunswick, St. Thomas University and New Brunswick Community College are part of the fabric of Fredericton,” said Fredericton Mayor Mike O’Brien. “To be able to welcome students from all over Canada to Fredericton as we host the U SPORTS and CCAA Canadian Curling Championships is a great honour for this University town. To follow that by welcoming the best curlers in the country back to Fredericton for the Mixed Doubles Canadian Curling Championship is a testament to the City’s Sport Tourism mandate and its ability to attract first-class events. We welcome with open arms all participants and wish them good curling and good luck.”

It will be the second time the U SPORTS and CCAA championships have been staged jointly in conjunction with Curling Canada; the first time was last month in Leduc, Alta., where the host University of Alberta Golden Bears and Pandas squads swept the men’s and women’s U SPORTS titles, while Ontario’s Fanshawe College and B.C.’s Douglas College won the women’s and men’s CCAA titles respectively.

“We are excited to bring this championship back to the Maritimes – one of Canada’s most passionate curling regions,” said Lisette Johnson-Stapley, Chief Sport Officer at U SPORTS. “The University of New Brunswick and the City of Fredericton have proven to be exceptional hosts of our U SPORTS national events, including the past two University Cup Men’s Hockey Championships. We look forward to partnering with Curling Canada and UNB next winter.”

It will be the 15th CCAA national championship event; the event started in 1984 and ran through to 1990. It was revived in 2012 and has been staged annually ever since.

Building on the partnerships and collaborative model used in Leduc, we look forward to working closely with Wayne Tallon, Chair of the Organizing Committee, Curling Canada, U SPORTS and the Atlantic Collegiate Athletic Association (ACAA) next year in Fredericton.

“Building on the partnerships and collaborative model used in Leduc, we look forward to working closely with Wayne Tallon, Chair of the Organizing Committee, Curling Canada, U SPORTS and the Atlantic Collegiate Athletic Association (ACAA) next year in Fredericton,” added Sandra Murray-MacDonell, Executive-Director of the CCAA. “The CCAA is committed to enriching the student-athlete experience and in hosting our event amidst other Curling Canada championships, we are accomplishing that directive. With the event being hosted at the Willie O’Ree Place in Fredericton, we hope to encourage the growth and development of curling in our eastern post-secondary conferences.”

“We’ve got a world-class building and a world-class group of volunteers who are ready to go to work to make this event a success,” said Tallon. “We’re thrilled and humbled that we’ve been given this opportunity to host three Canadian championships; we know it will be a challenge, but we’re definitely ready to embrace that challenge.”

“It is an honour to have these three Canadian championships hosted next year in Fredericton, and I know Wayne and his committee are ready to welcome many of this country’s best curlers,” said David Burpee, President of the Curling New Brunswick. “Events like these raise the level of interest in our sport throughout New Brunswick, especially at the post-secondary level, and we’re thrilled to have these championships showcased in our province.”

U SPORTS alumni bring home 13 medals at the PyeongChang Olympics