Chase Marchand of the StFX X-Men men’s hockey team and Mary Fay from the Queen’s Gaels women’s curling squad are the U SPORTS Male and Female Athletes of the Week for the period ending Feb. 17, 2019.

A third-year goaltender from Halifax, N.S., Marchand led the X-Men to a 2-1 series win over Acadia in the AUS quarterfinals. In Game 1 he had 34 saves in a 5-0 shutout victory. In a close Game 2 overtime loss, he was named StFX’s player of the game with 54 saves on the night. Marchand followed up with a 41-save performance in a 4-1 win in the deciding Game 3. 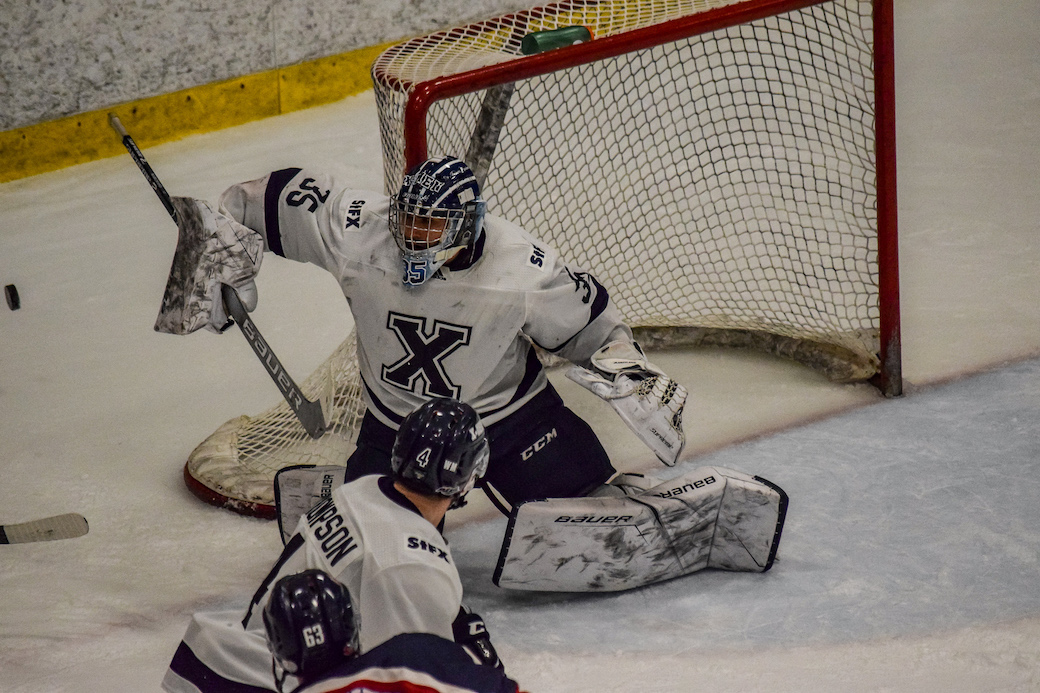 The 2018 U SPORTS Goaltender of the Year, he had a .910 save percentage and 2.90 GAA in AUS regular season play this year. The X-Men now advance to the semifinal playoff round where they face the Saint Mary’s Huskies in a best-of-five series. The winner will advance to the AUS final and the 2019 U SPORTS Cavendish Farms University Cup in Lethbridge, Alta.

Fay, the curling skip for the Queen’s women, was one of the standouts at this weekend’s OUA Championships, leading her team to a gold medal after five days of tough competition at the KW Granite Club.

Fay was named a first-team OUA all-star for her efforts at the championship in Waterloo and it’s not hard to see why. The Gaels finished out the round-robin atop Pool B with a 6-1 record, which included wins in four straight draws to start their round robin play. Queen's then took down Carleton 7-2 in the quarterfinal and snuck out a close victory over Lakehead, 4-3, to earn a spot in the gold medal match. Queen's once again held a close match, taking the banner with a 6-4 win over Laurentian.

Fay was able to throw the final stone and seal the Gaels first OUA banner in women's curling since 1994. With the win, Queen’s advances to the 2019 U SPORTS / Curling Canada Curling Championships in Fredericton, N.B., from Mar. 15-19.