In Victoria, B.C., lies a white split-level house with a backyard, nestled between a chain-link fence and a wooden one that was often used for play. Surrounded by a wooden swing set with a yellow slide, strawberry patches and a couple of apple trees, a young woman would develop the skills she would need later in life.

Years later, Anna Mollenhauer, 19, still finds time to head back to her childhood spot and polish off the many field hockey skills she has picked up over the years. 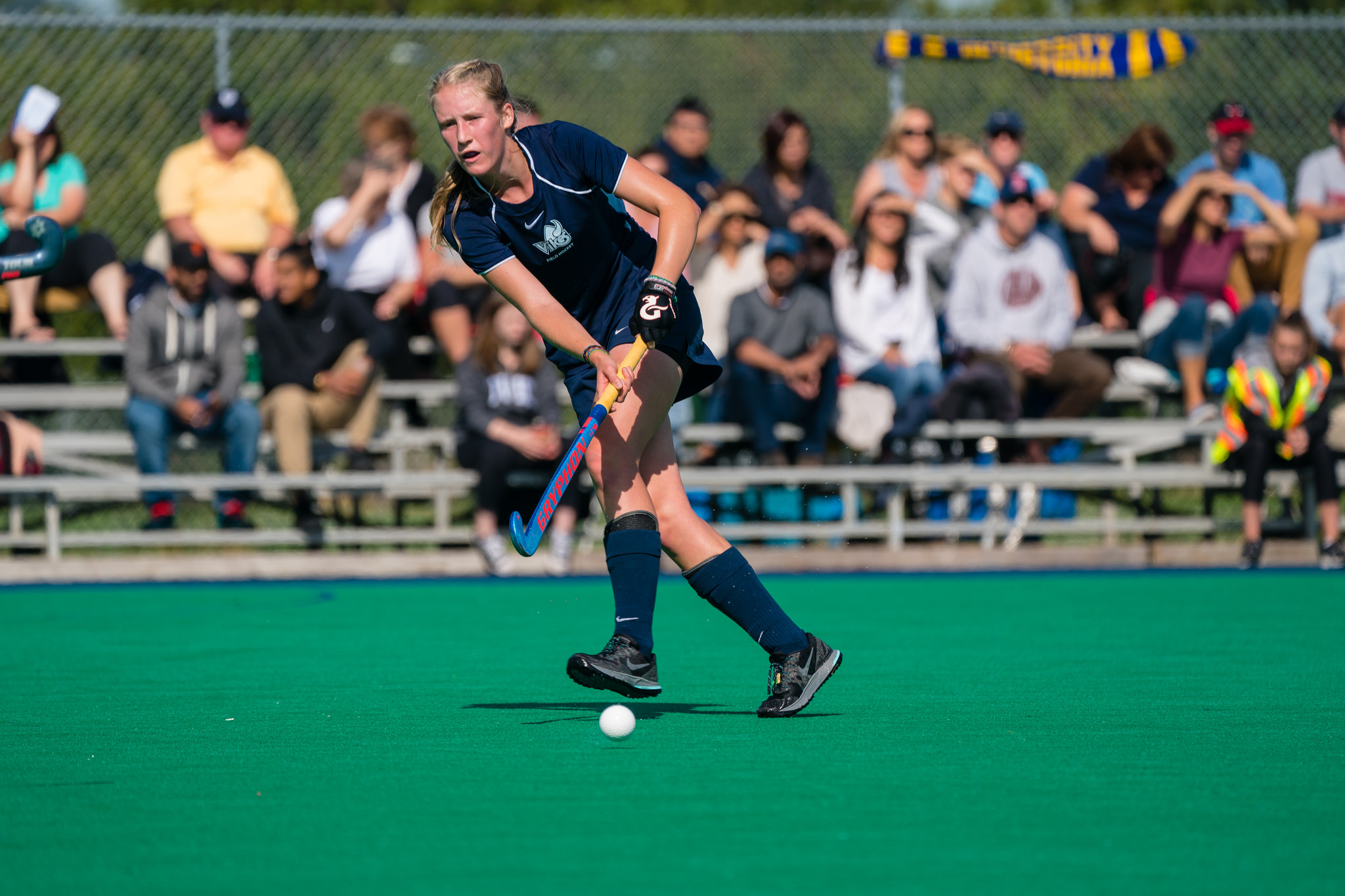 Since the age of four, Anna has been intertwined in the world of field hockey, where she joined the same spring league as her sister, Arden.

As a child, her parents Nancy and Ian Mollenhauer would set up obstacle courses in the backyard of their home for Anna and her sister to play with.

“When I was younger we used to put out cones and try to dribble through the cones, just stuff like that,” says Anna. “We used to also put buckets around the yard and we would try and hit the ball into the buckets.”

Anna explains that she usually can’t find time to return home during the school year because of the amount she trains at the University of Victoria, but during the summer she frequents it often.

“Now I actually have a piece of artificial turf in my backyard,” says Anna.

The nostalgia surrounds her when she goes back, sometimes thinking about the times she spent playing with her sister. 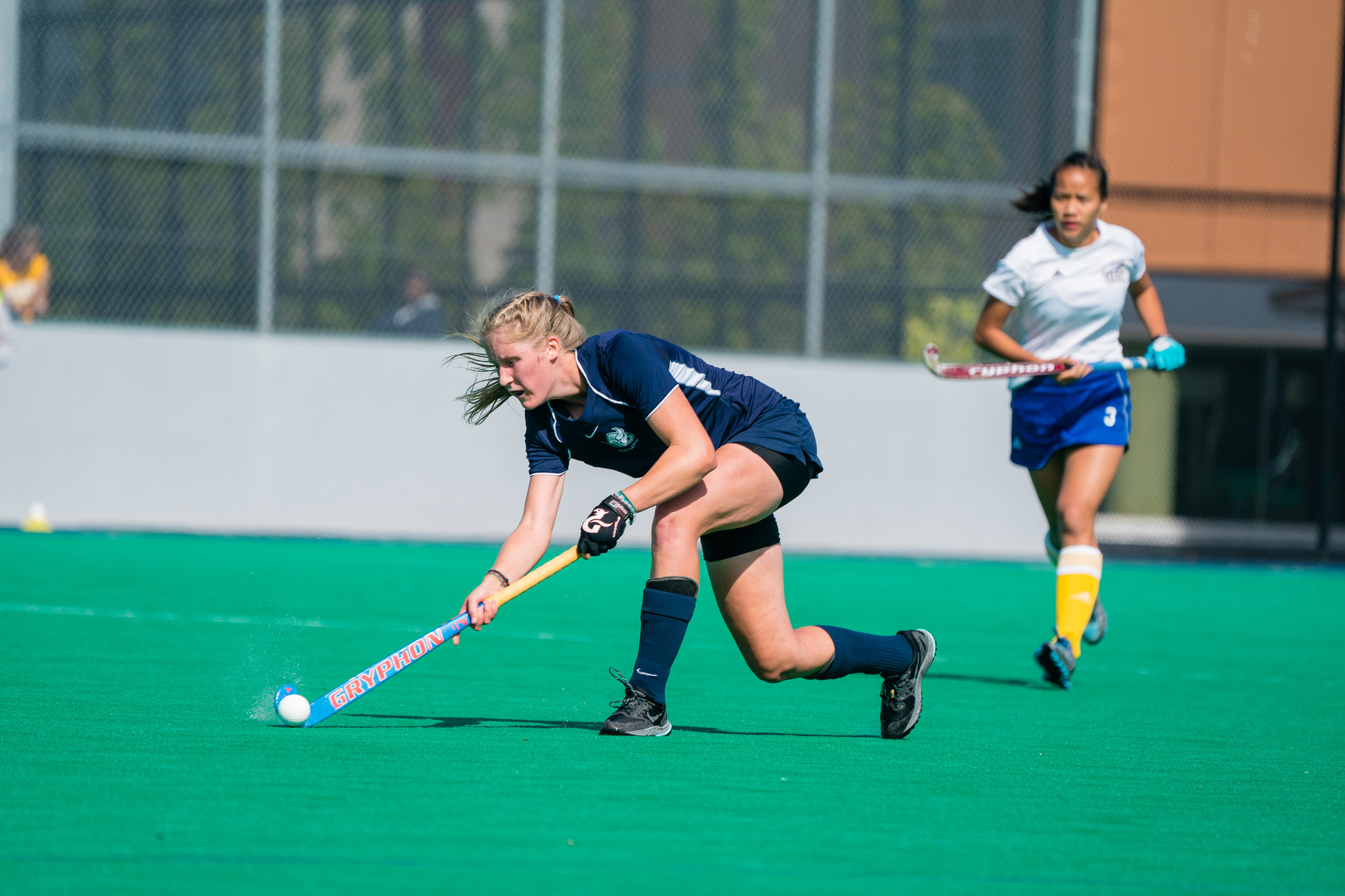 Both Anna and her sister were multi-sport athletes. During high school, Arden began playing more competitive squash than field hockey. Anna on the other hand followed in her mother’s footsteps and chose to stop playing ice hockey and pursue field hockey at UVic.

Her mother, Nancy, is a two-time Olympian and Field Hockey Canada Hall of Fame inductee. 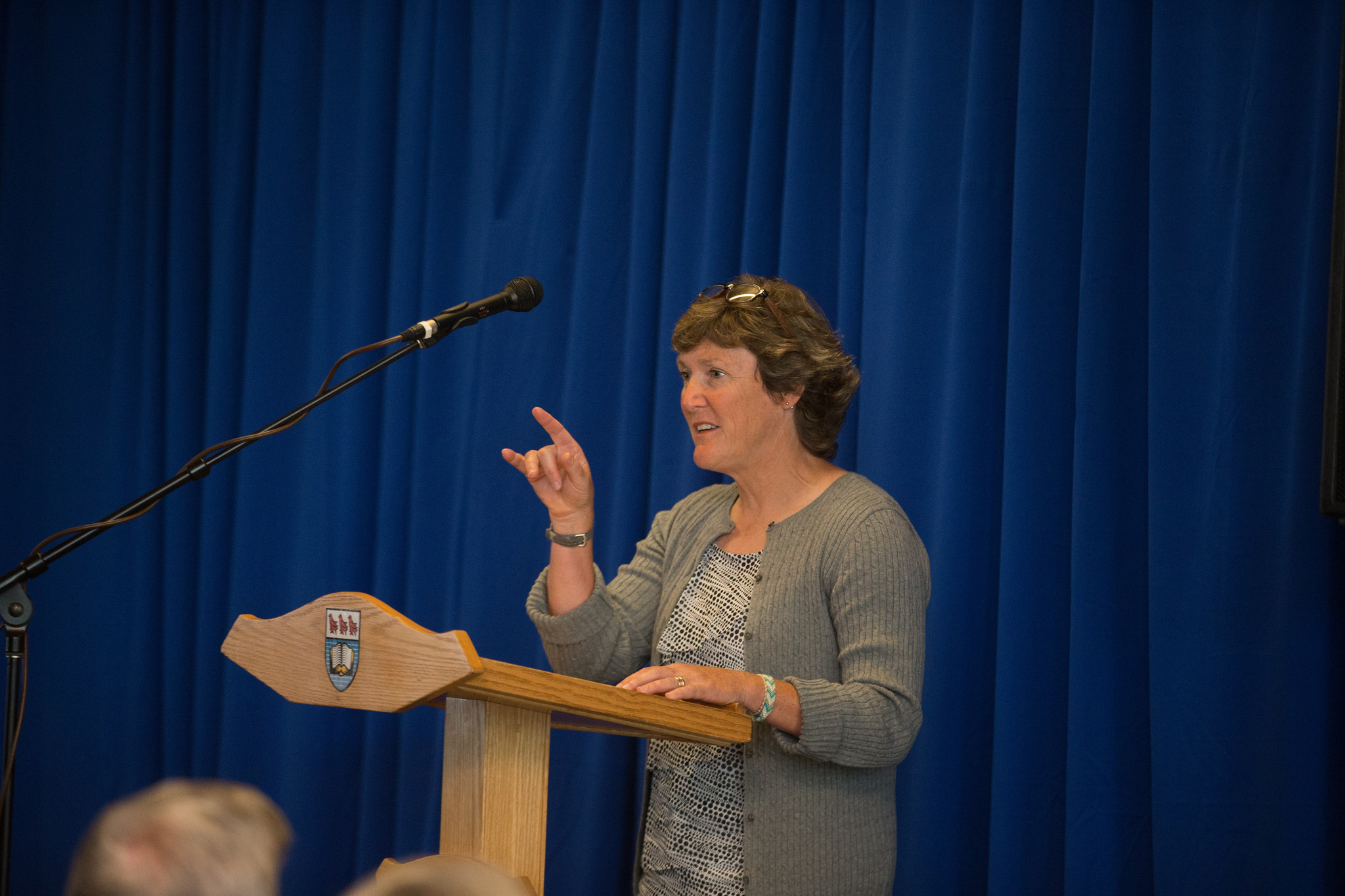 She played for the Vikes from 1980 to 1985, and was also inducted into the University of Victoria Sports Hall of Fame in 2003.

“Having our youngest daughter playing there is a real treat,” Nancy explains. “To see that she’s laying her own path both with the Vikes and at the junior national level as well.”

Because Anna chose to stay close to home, Nancy has been able to watch her flourish both as an athlete and as a student. As a parent, Nancy explains that she has had to take a step back and watch her daughter succeed and fail on her own, but will always be there to help pick up the pieces if needed.

“I would say I really appreciate and enjoy our relationship,” says Nancy. “She does seek my advice, and I give my advice as best as I can. And given that I am a mom, I want her to blaze her own trail – and she’s a lot different of a player than I ever was and the game is a lot different than when I played.” 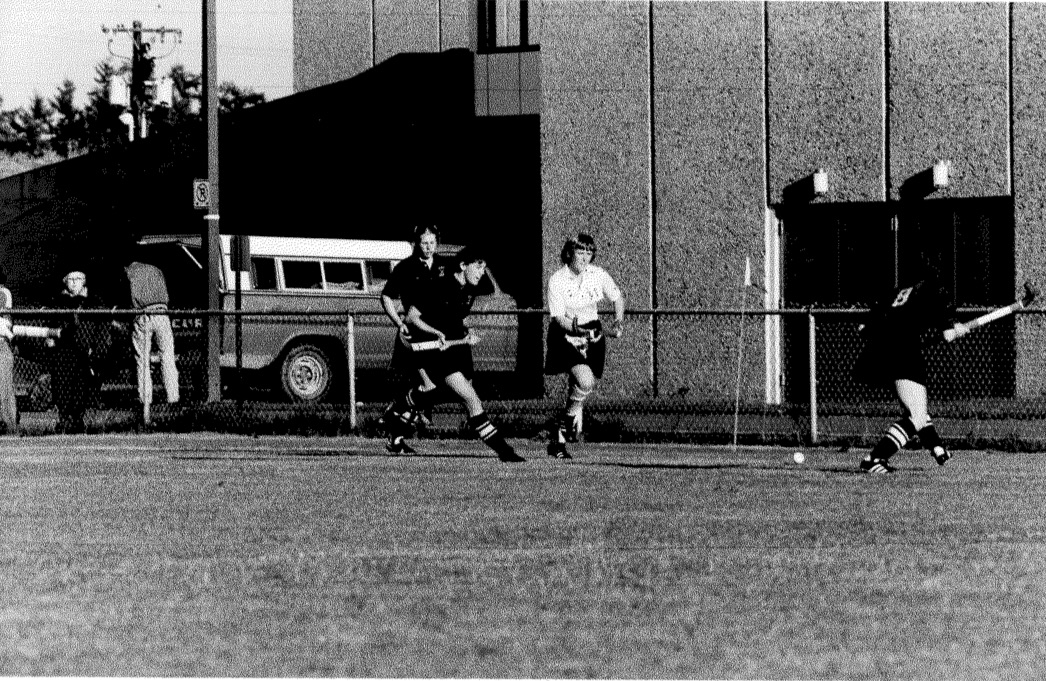 Anna sees her mom as a role model. She explains that regardless of the situation, her mother is there to help her out.

“It’s a lot of things, but I guess it’s a lot of positive comments and encouragement, motivation and support,” she says. “When something is not going well, or I’m really down about my playing, she is always super supportive and tries to help me work through it.”

Although they differ in playing styles, their shared work ethic and determination have paved the way for Anna to gain some accolades of her own. She was named to the junior national program in 2014, was part of the 2016 National Field Hockey Championships gold medal-winning squad for Team B.C., and won the Vancouver Island Ladies Field Hockey Association U18 Player of the Year Award. Following a stellar first season at the varsity level, she was named Canada West Rookie of the Year and a nominee for the Joyce Slipp Award as U SPORTS Rookie of the Year.

Lynne Beecroft, former Olympic teammate of Nancy and current head coach of UVic’s women’s field hockey team, has had the pleasurable experience of coaching both mother and daughter.

“Both of them are very hard-working, Nancy was a hard-working athlete and Anna certainly is too,” says Beecroft. “Nancy is very much more outgoing than Anna is. Anna is much more subdued and she actually probably has better technical skills than Nancy did because she played most of her hockey on grass.”

“(Anna’s) brilliant to have at practice, she’s extremely hard working, and – even though she’s only second year – she’s a very good mentor for what it’s like to play at the highest level,” says Beecroft. “Because she’s playing at the highest level every day.” 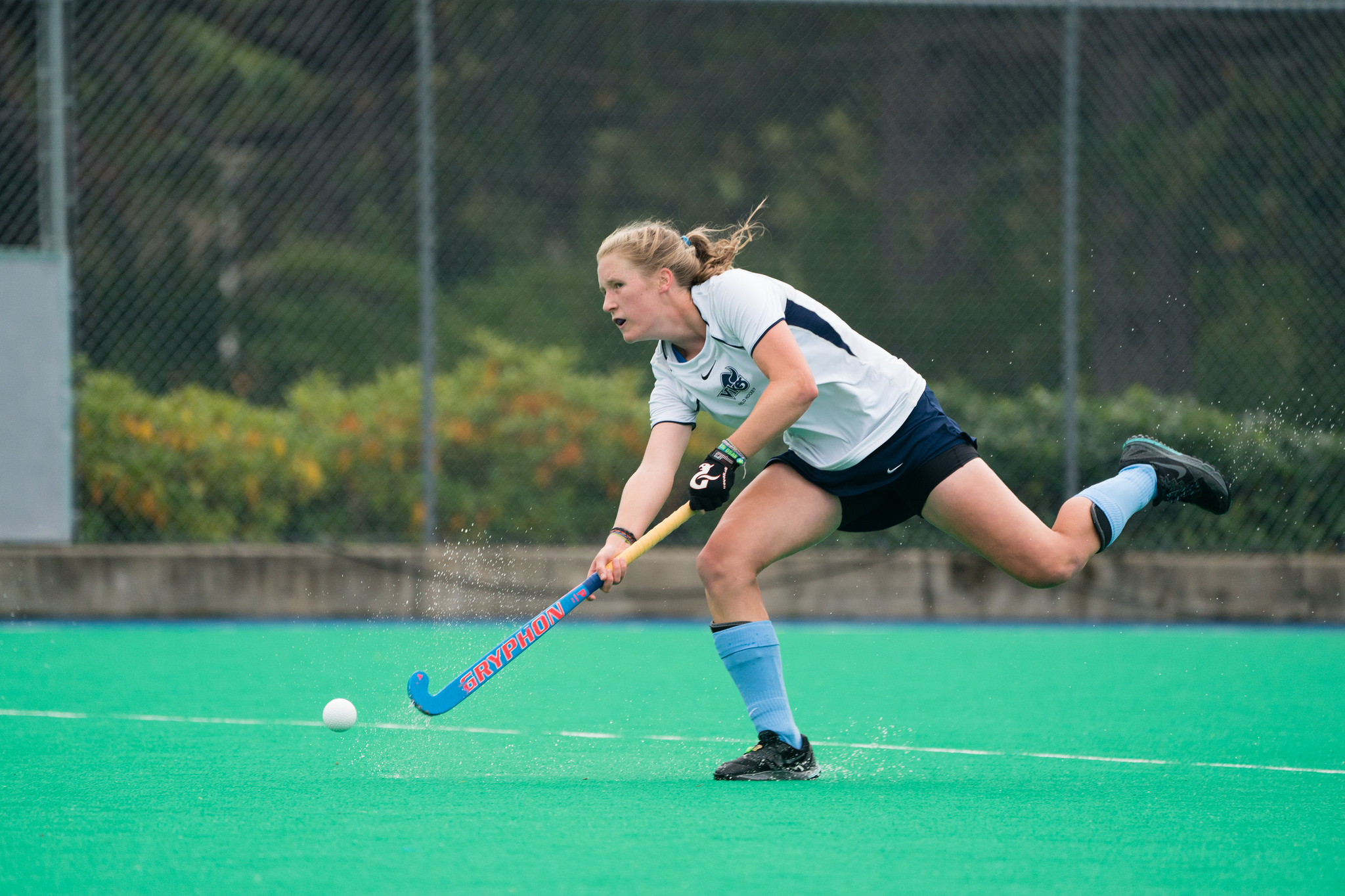 Looking towards the future, Anna is hoping to play all five years of her eligibility and continue playing field hockey past the university level. She hopes to one day play on the senior national team, and eventually be on her way to a World Cup or the Olympics.

Her most memorable experience throughout her time in field hockey was the 6-Nations Tournament she played in when she was with the Canada’s Junior Women’s National Team this past summer. Playing at such a high level was a humbling experience for Anna, as it helped develop her skills further, while also helping strengthen a philosophy of hers.

“Nothing will come easy for you if you don’t work hard,” Anna explains. “Things will pay off if you work hard - it’s something that my parents taught me growing up, so it’s something I live by.”