TORONTO – The University of Victoria Vikes defeated the host Varsity Blues 2-2 (3-1) in a shootout to win their 14th national title in program history as the 2021 U SPORTS field hockey championship wrapped up at the University of Toronto’s Back Campus Fields on Sunday evening.

With the win, the Vikes claim their third straight McCrae Cup and extend the Canada West reign on the national banner to 10 years.

Victoria ends their 2021 campaign with an impressive 9-1-1 record through conference and post-season play, while also evening their head-to-head record with Toronto to 14-14-7 in all-time meetings on the national stage.

Appearing in her 35th career national championship, head coach Lynne Beecroft earns her 30th podium finish and has been on the bench for all 14 of Victoria’s McCrae Cup victories.

“I’m just super proud of our athletes,” said Beecroft. “It was a great tournament. We are obviously very equal teams and it came down to three shootouts. I don’t think I’ve ever seen that so I’m very, very proud.”

“We put in a lot of work over the last two years to get here and we didn’t give up,” said the Duncan, B.C., native. “I’m so proud of all of my teammates. They made my job easy today. They made me not have to do much in the second half. I’m not a fan of shootouts but I’m just so happy and proud that it all paid off.” 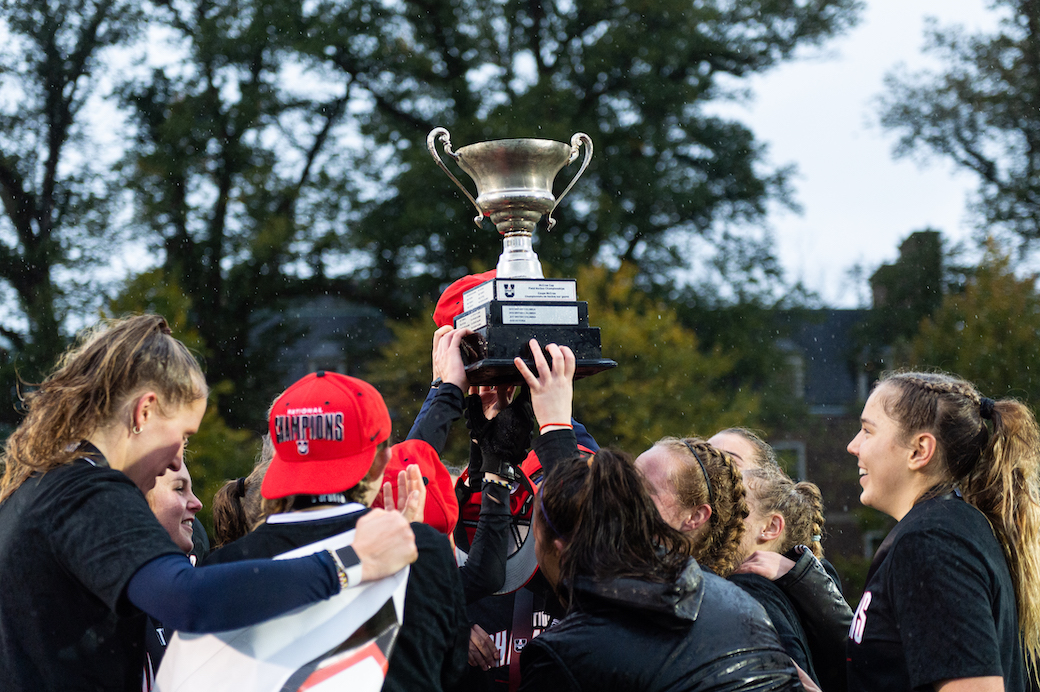 The Blues opened the scoring early in the first quarter as rookie standout McKinley Kennedy tapped in a Sam McCrory rebound off a penalty corner.

The Vikes found the equalizer in the 17th minute as Janet Dawson forced a turnover and sent a centering pass to U SPORTS rookie of the year Chloe Langkammer, who redirected it into the back of the net. Toronto regained the lead off a penalty corner 10 minutes later as rookie forward Mia Zurkovic tipped in a McCrory shot. The Blues held a 2-1 lead at halftime.

Langkammer evened the score in the 48th minute, receiving a long pass from Sajko in the circle and sending a nice backhand into the bottom right corner of the net.

OUA player of the year Katie Lynes earned the R.W. Pugh Fair Play Award for Toronto and scored the Blues lone goal in the shootout. U of T caps off their 2021 season with a 9-2-2 record, as U SPORTS silver medalists, marking their best finish since 2014.

“Our main goal of the season was to be top of our region, so we accomplished that, and then it was the OUA semifinals and finals and we did that,” said Varsity Blues head coach Cassius Mendonça. “I think accomplished great things. To come out here and play the reigning champions and take them to three shootouts is an amazing accomplishment.” 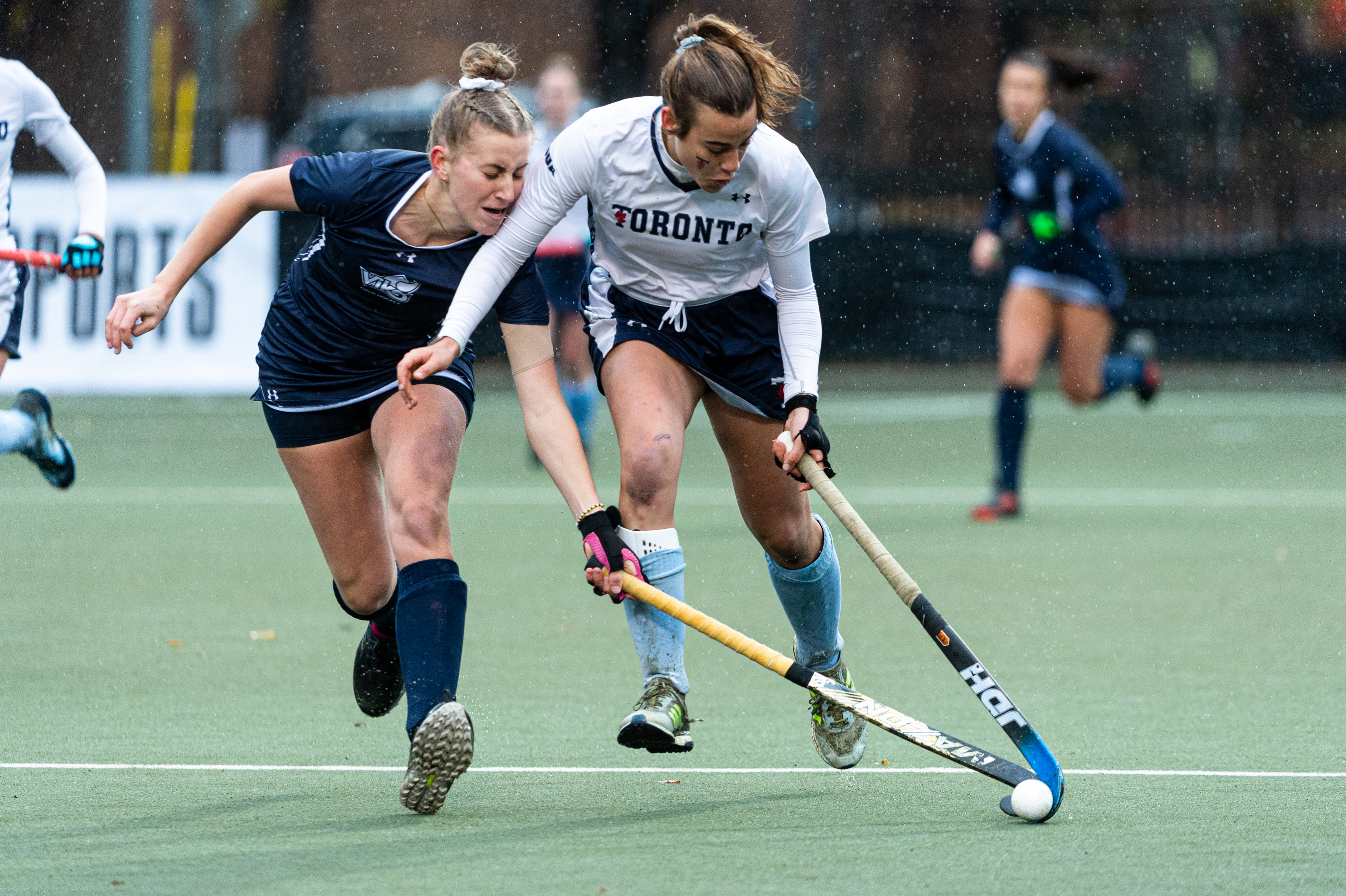 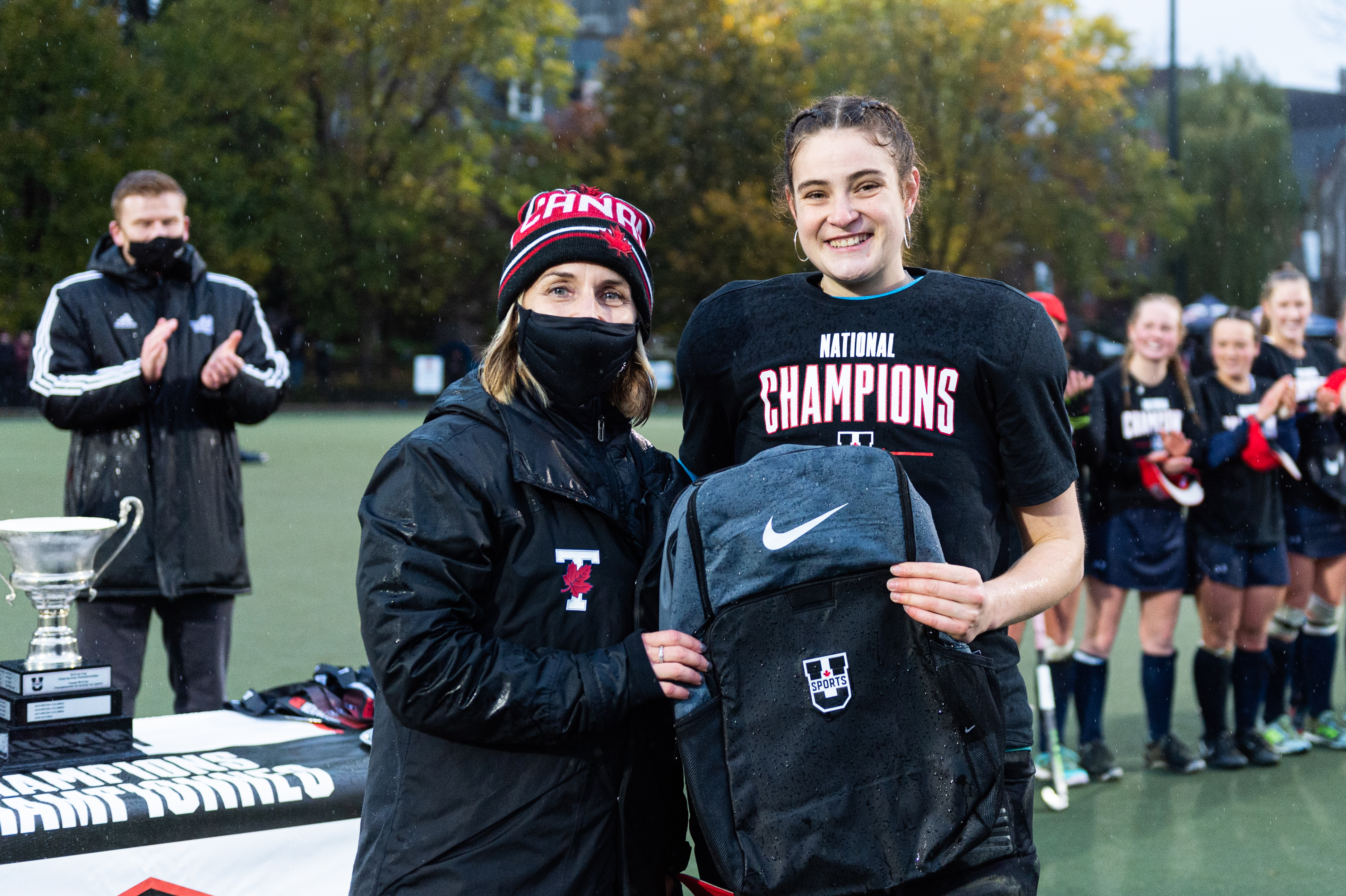 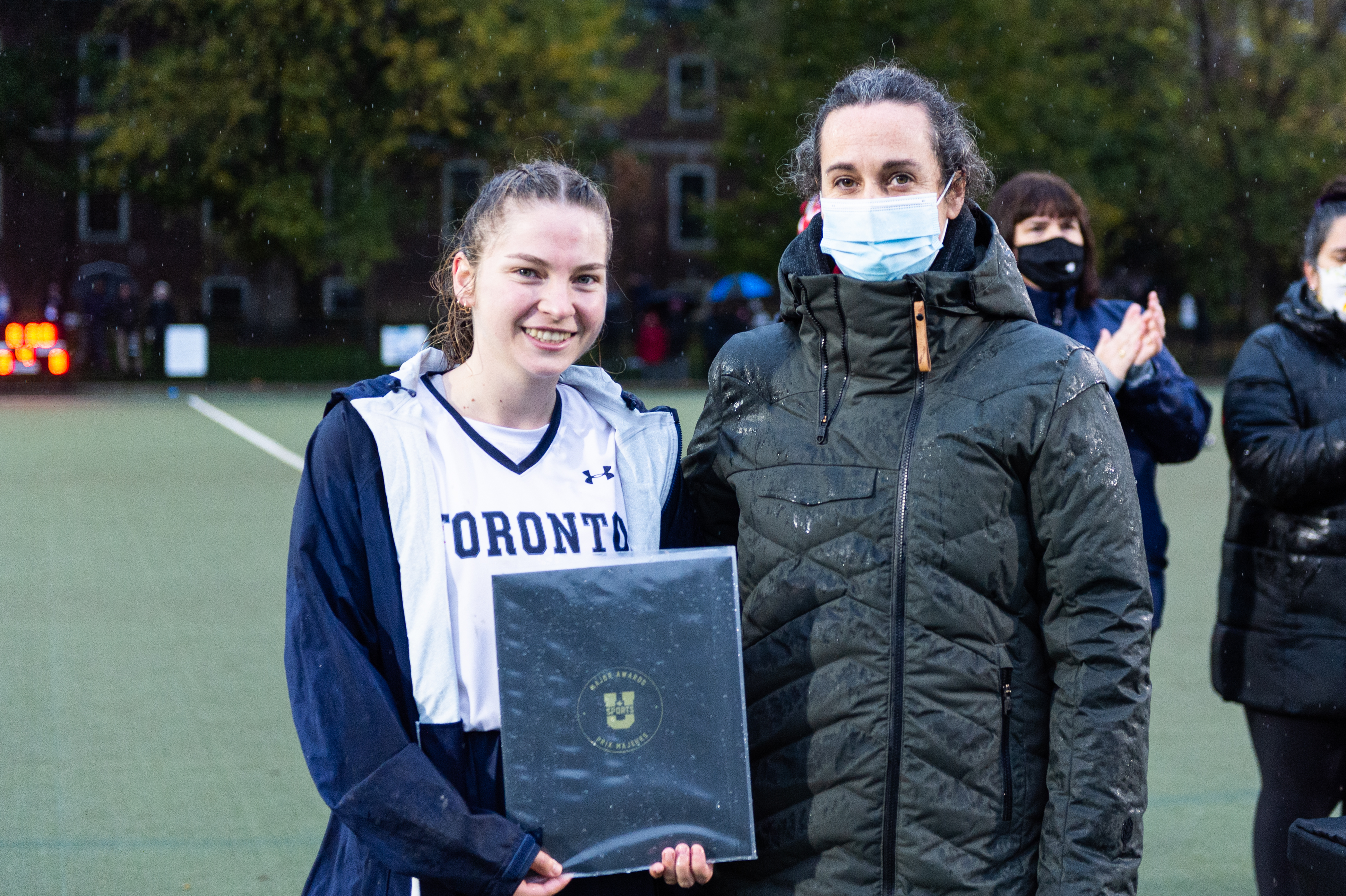 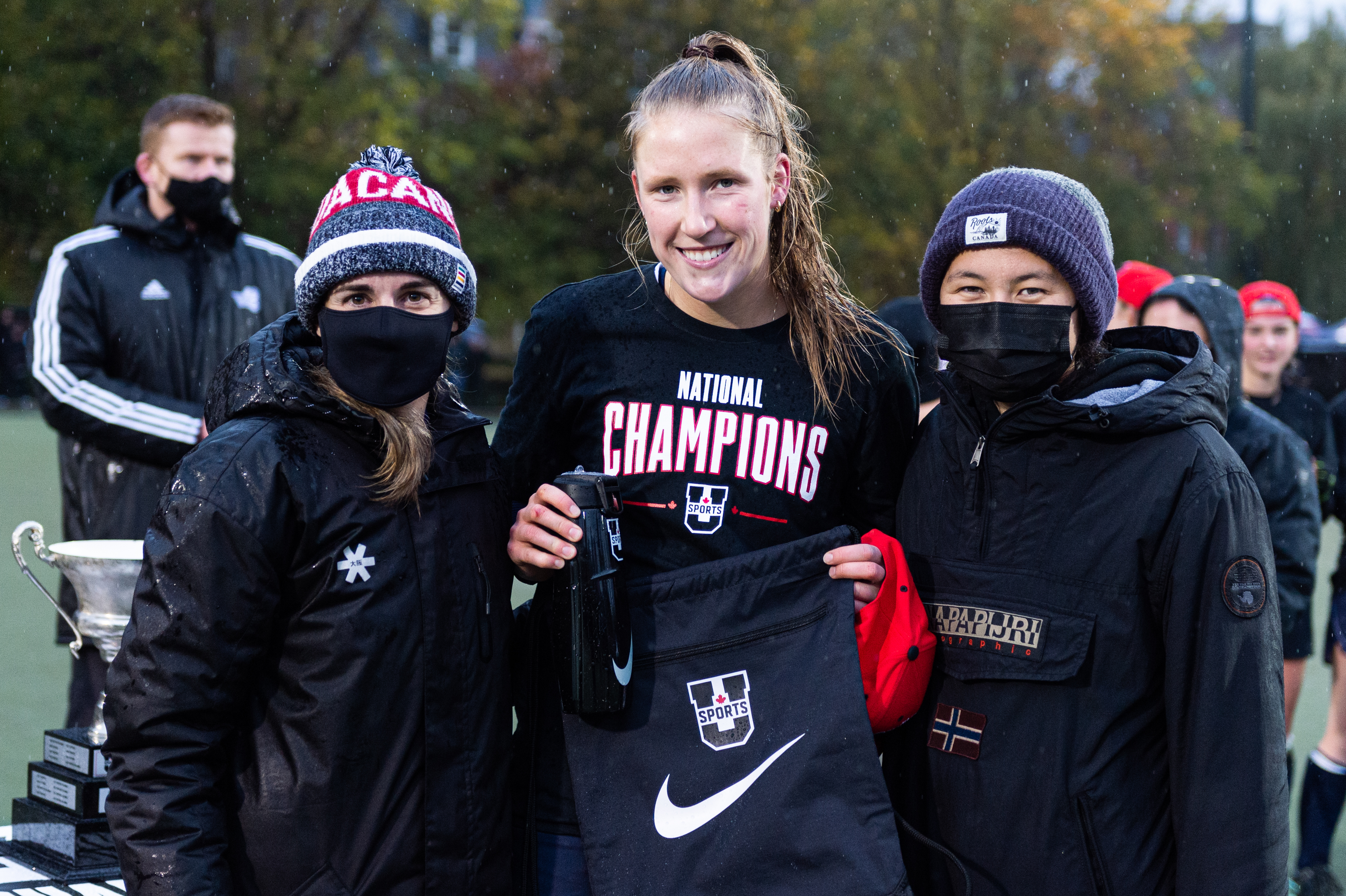