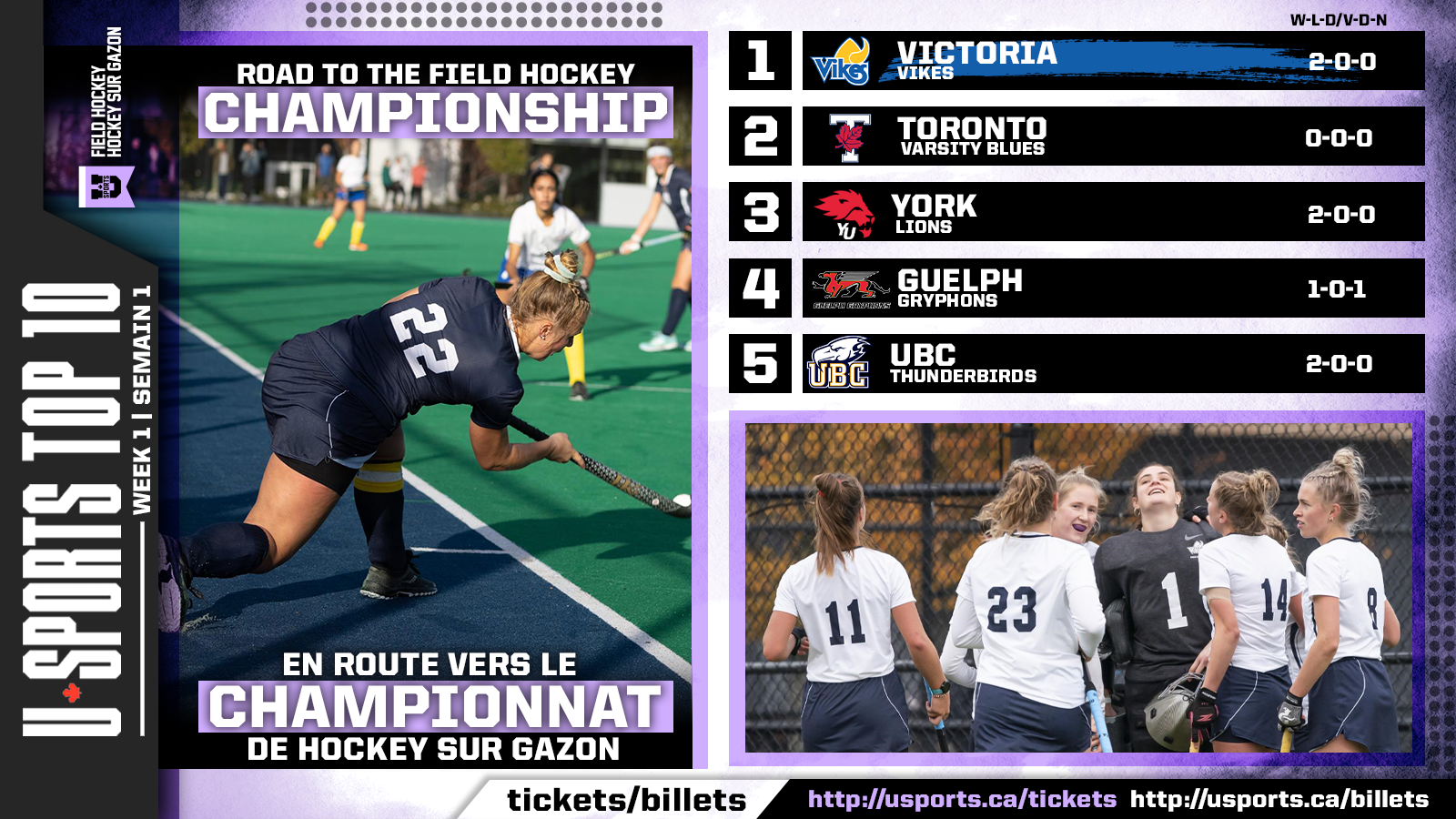 U SPORTS field hockey has made a powerful return. The defending U SPORTS champion No. 1 Victoria Vikes lead the pack after back-to-back defeats over the Calgary Dinos. Victoria forward Nora Struchtrup opened the season commanding four goals in the team's 9-0 victory over the Calgary Dinos in game one with a repeat win 7-0 in game two.

The women’s field hockey Game of the Week, No. 2 Toronto Varsity Blues versus No. 10 Queen’s Gaels, experienced an unexpected match postponement however No. 3 York Lions powered by stars Mackenzie Gee and Frankie St. Louis solidified the teams positioning outscoring McGill 22-0 this weekend.

In more OUA action, No. 4 Guelph Gryphons played the Western Mustangs to a 2-2 tie on Saturday before fourth year Braelyn Dennis scored an impressive hat trick leading the Gryphons to a victory on Sunday.

Rounding out the Top 5 are the UBC Thunderbirds who had a bye last weekend.