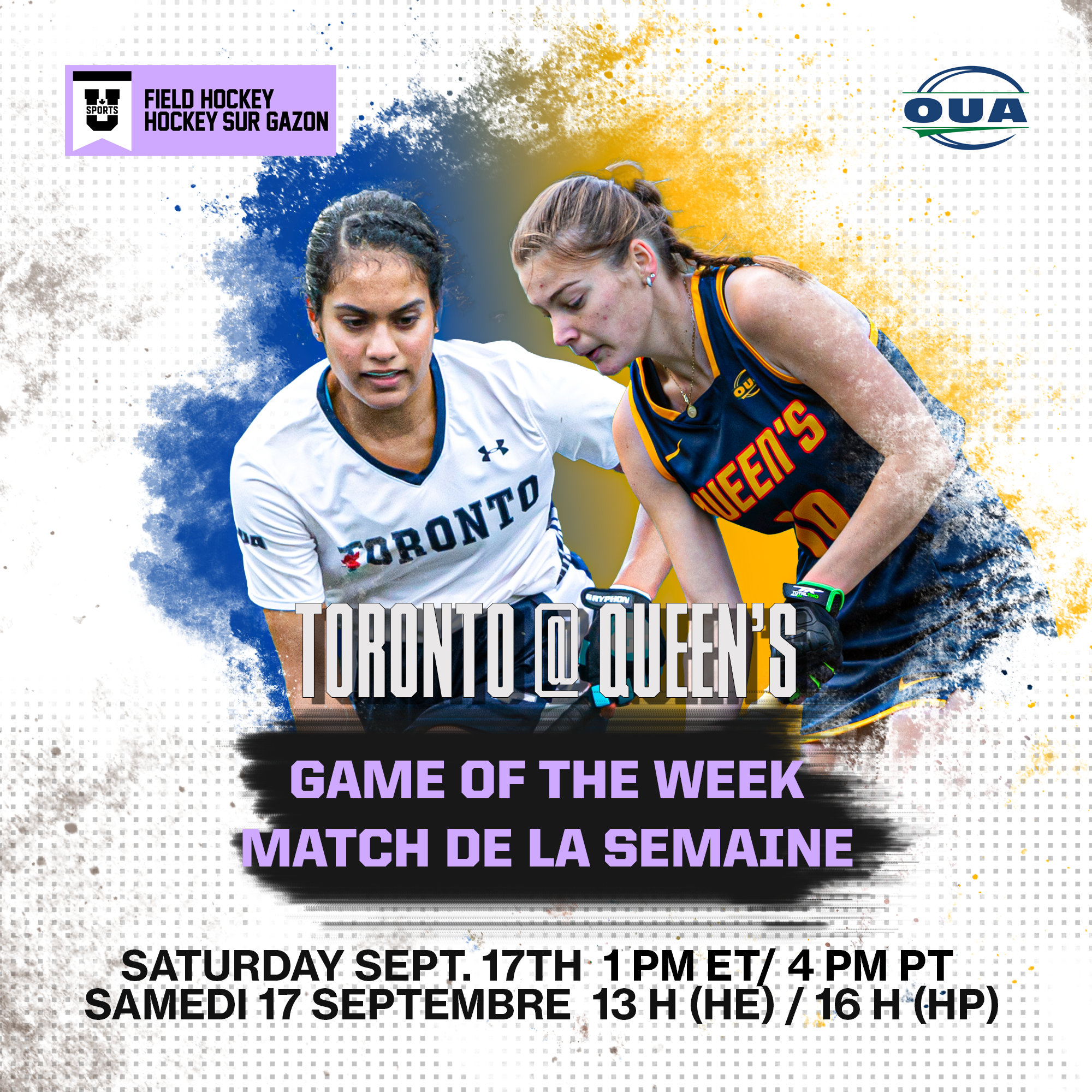 U SPORTS field hockey is officially back in full force weekend with the defending OUA Champions Toronto Varsity Blues travelling to Kingston to take on the Queen’s Gaels.

Toronto wrapped up a close exhibition series with Canada West powerhouse UBC Thunderbirds last month, winning one of the three series games. Second-year forward Mia Zurkovic, who scored the lone goal in the Blues’ victory over UBC, scored a timely goal in the final game of the 2021 U SPORTS Championship.

With the departure of 2021 All-Canadian defender Katie Lynes, goaltender Deepi Gill will play an even bigger role in the success of the Blues.

With Gaels’ leader of the midfield and 2021 All-Canadian Isabelle Mastanuono graduating, the Queen’s defence will have their hands full with a potent Blues attack.

After an 0-8 record in 2021, Queen’s will look to get back into the win column with arguably their toughest test of the season against Toronto.