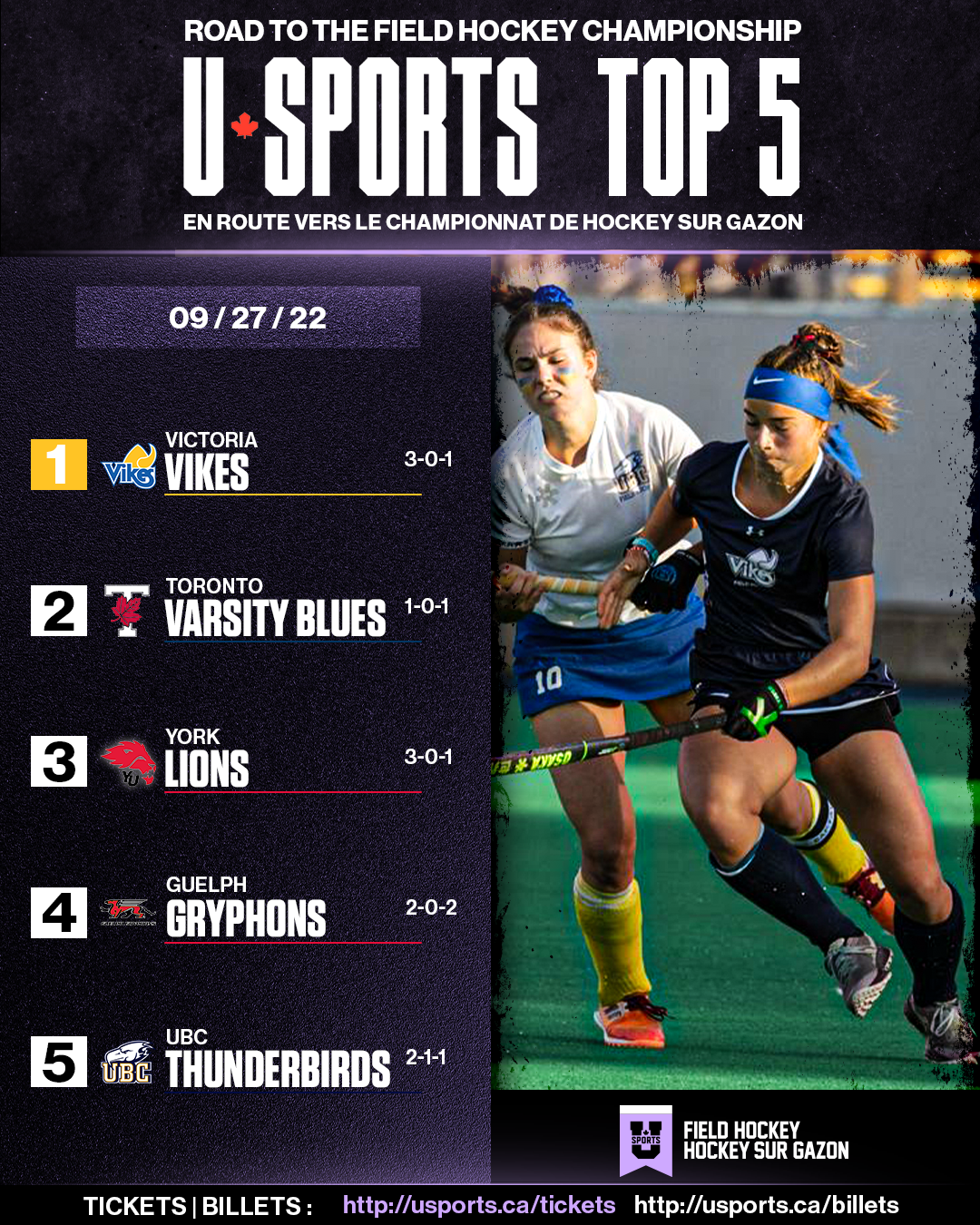 Despite an action-packed weekend, women’s field hockey saw no changes to the nation’s top five rankings.

The defending U SPORTS champion No. 1 Victoria Vikes (3-0-1) bounced back from a 2-1 loss in penalty strokes on Saturday to defeat the No. 5 UBC Thunderbirds 4-1 on Sunday at Cowichan Sportsplex.

The 2021 OUA champion and No. 2 Toronto Varsity Blues earned a 1-1 draw with the Western Mustangs in a high-pressured season opener. The Blues followed up with an eight-goal shutout over McMaster on Sunday at Toronto’s Back Campus Fields.

No. 3 York Lions took on No. 4 Guelph Gryphons on Friday night and settled for a 1-1 draw after giving up the tying goal late in the game. The Lions followed up with a 2-0 road win over Waterloo Warriors on Sunday, while the Gryphons were victorious over McGill (7-0) to wrap up this week's top five action.