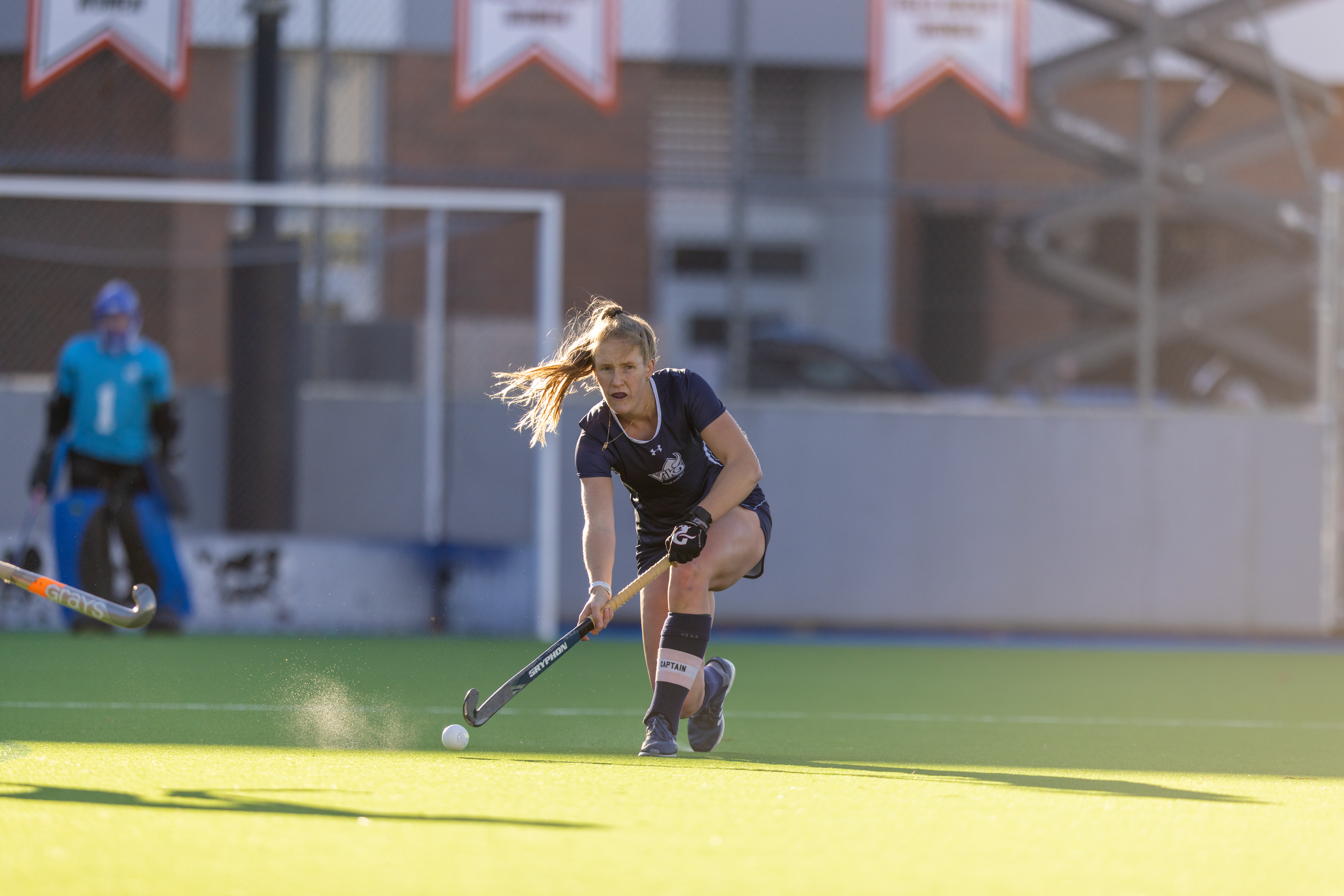 Fifth-year defender Anna Mollenhauer continued to add the hardware to her already storied career this past weekend. Winning her third Liz Hoffman Award as U SPORTS field hockey player of the year, the Vikes stalwart also led UVIC to their 15th national championship in program history. In a two-game sweep against the York Lions, Mollenhauer scored a goal and led a defence that allowed just one goal against.