Tyrell Ford grew up tossing a ball around with his dad and brother, so you could say that playing football was in his blood.

Hailing from Niagara Falls, Ont., Ford joins the Waterloo Warriors football team this season as one of their newest defensive backs and has made some serious plays, acting as a strong force in helping the Warriors to a surprising 4-0 start on the season, before falling to crosstown rival Laurier last Saturday.

The Warriors secured their first win since 2014 in their season opener against Windsor on Aug. 27, beating the Lancers 54-33. Ford, in particular, had one of the most memorable rookie performances in his debut, with 263 yards and a pair of punt returns of 98 and 100 yards.

Ford recalls those moments as a “welcome to the big leagues” reminder as he begins his university career.

“When I first came into the game I was expecting to at least get one kick return but I ended up getting two…the feeling was really good, because coming in I thought it was going to be a lot harder,” says Ford. “I thought everybody would be like ‘You’re too small, you’re not this, you’re not that,’ but when I was in the game and I got that return, it just showed me that it’s the same game, just different competition.”

It marked the beginning of a resurgent season for the Warriors, registering victories over York, Toronto and a come-from-behind victory over the Carleton Ravens in Week 4, giving then-No. 9 Waterloo its first national ranking since 2007.

Ford, however, tries to keep looking forward and reminding himself that every game is a new game with a new team. That’s the attitude that he’s trying to channel after Saturday’s 71-24 setback against the defending OUA champion and Uteck Bowl finalist Laurier Golden Hawks.

Many university student-athletes experience pressure and high-stress situations in their first year of competition, but Ford says that he’s the one who puts more pressure on himself than anybody else. 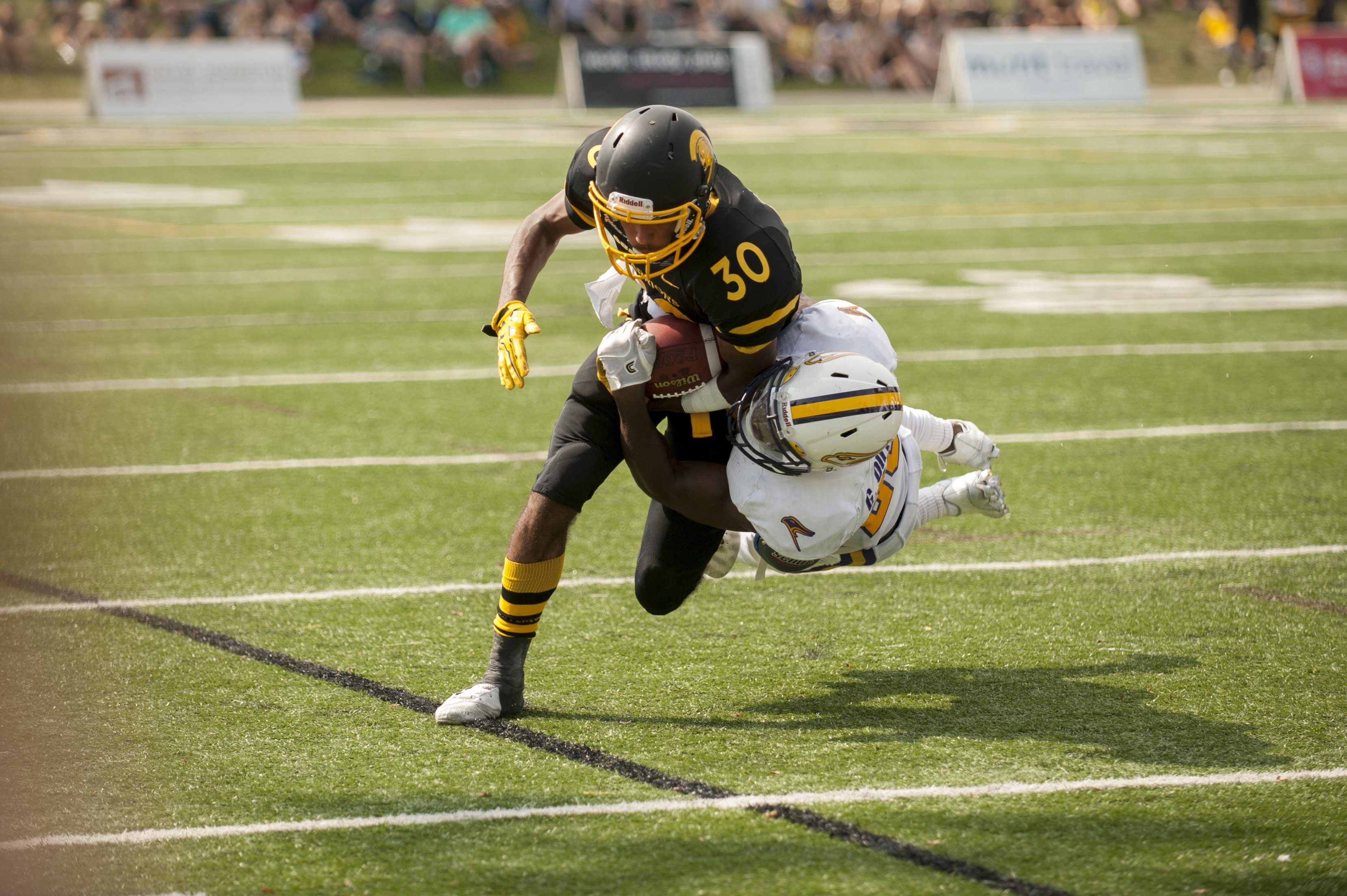 I try to hold myself to a higher standard, that I should be at least getting one (kick return), but I don’t think that our team really holds me to that standard, They expect me to make big plays but I wouldn’t say they expect me to get a touchdown every time I have the ball. But I do expect that for myself.

One thing that Ford never has to worry about, though, is a strong support system.

With his twin brother and Warriors quarterback Tre Ford by his side, he doesn’t have to look too far for family, even with the duo playing different positions. Tyrell Ford says that he’s also gained a lot of knowledge and insight on the game from the Waterloo’s new defensive/special teams coach, Jykine Bradley.

I definitely look up to him a lot because he has a lot of knowledge and he’s teaching me a lot of new techniques, so I’m just taking all of that in, He’s the best defensive back coach I’ve ever had so I’m consuming his knowledge and learning the game better so I can eventually play in the NFL or CFL. 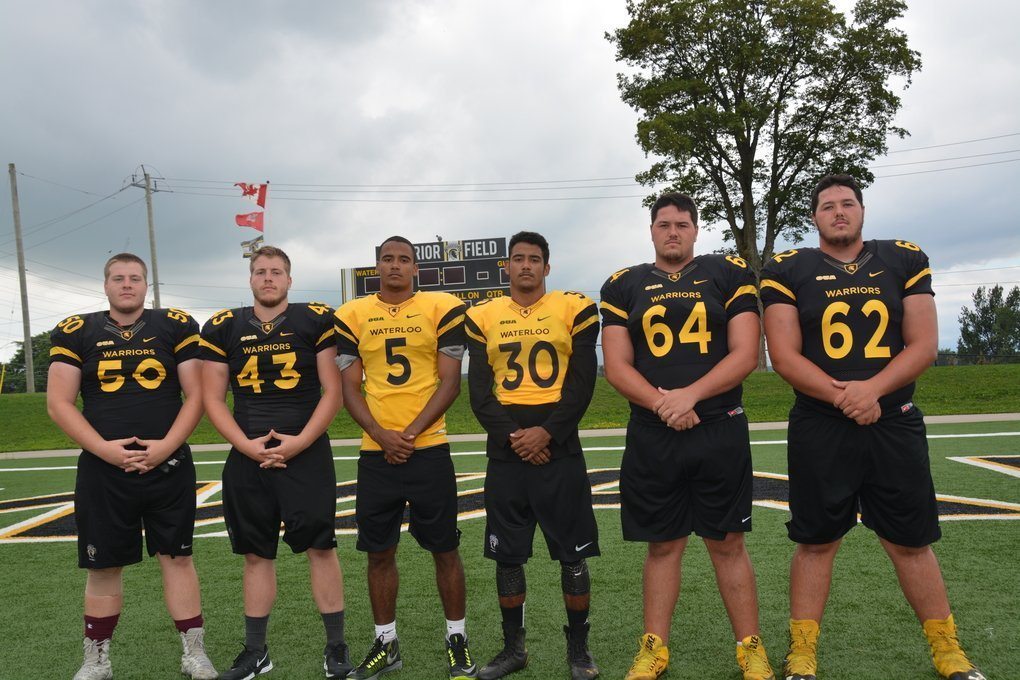 While playing professional football could be in Ford’s future, for now he’s living game by game at the university level.