Quarterback Chris Merchant, linebacker Fraser Sopik and kicker Marc Liegghio of the Vanier Cup champion Western Mustangs are the final U SPORTS Football Players of the Week for the 2017 season. 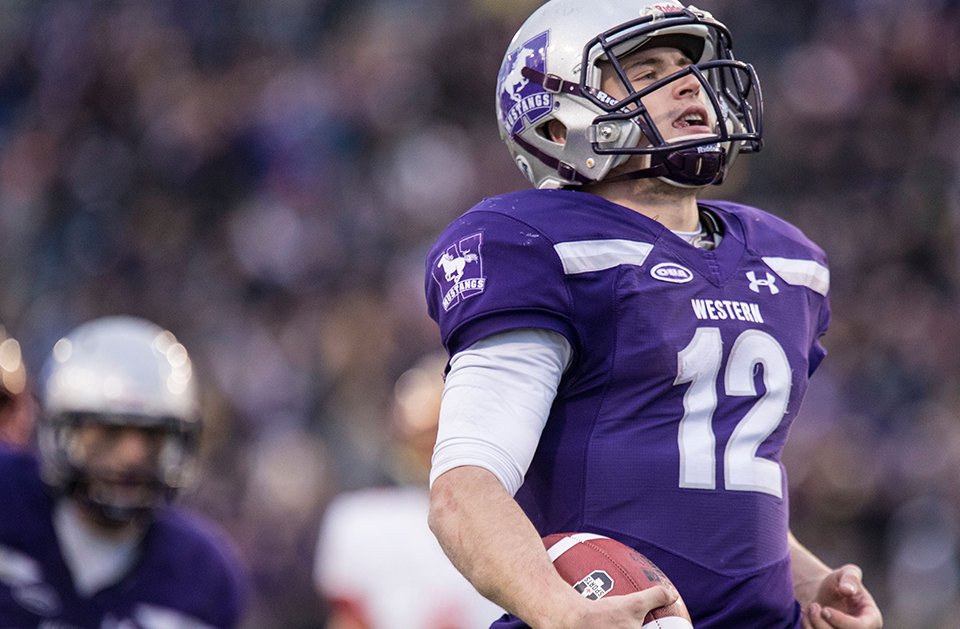 Merchant, a kinesiology student from Calgary, led Western to its seventh Vanier Cup title in program history with a 39-17 win over the Laval Rouge et Or on Saturday afternoon in Hamilton. Merchant was presented with the Ted Morris Memorial Trophy as the game's MVP after throwing for 276 yards with one touchdown, while adding another two touchdowns and 89 yards on the ground. 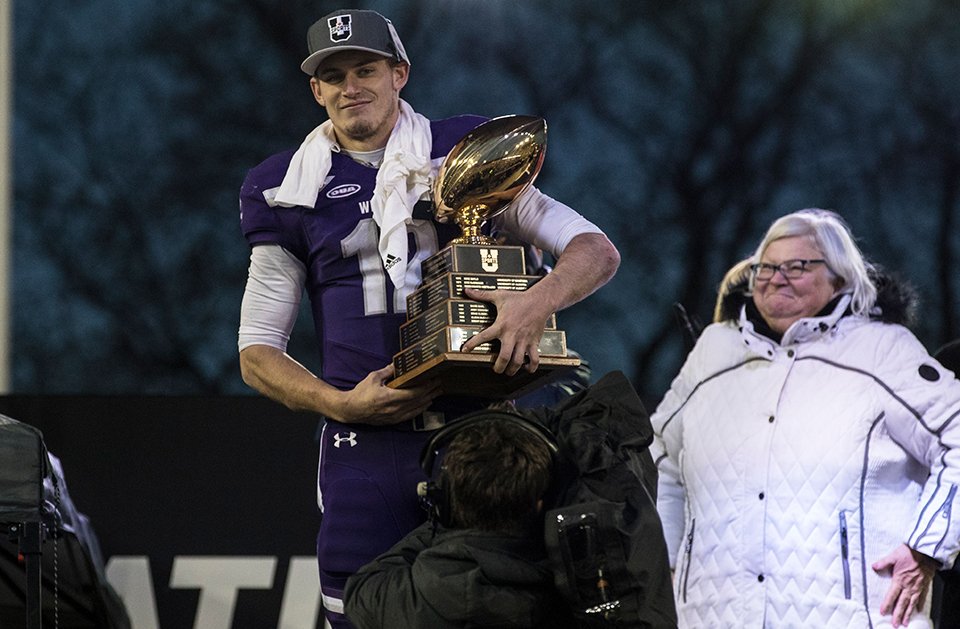 Western’s Fraser Sopik has been a leader on the defensive side of the ball all season, but the linebacker may very well have saved his best for last. To go along with a sack and a pass breakup, the Vanier Cup’s Bruce Coulter Award winner as defensive player of the game also tallied 10.5 tackles on the day, including 10 of the solo variety to lead all players. 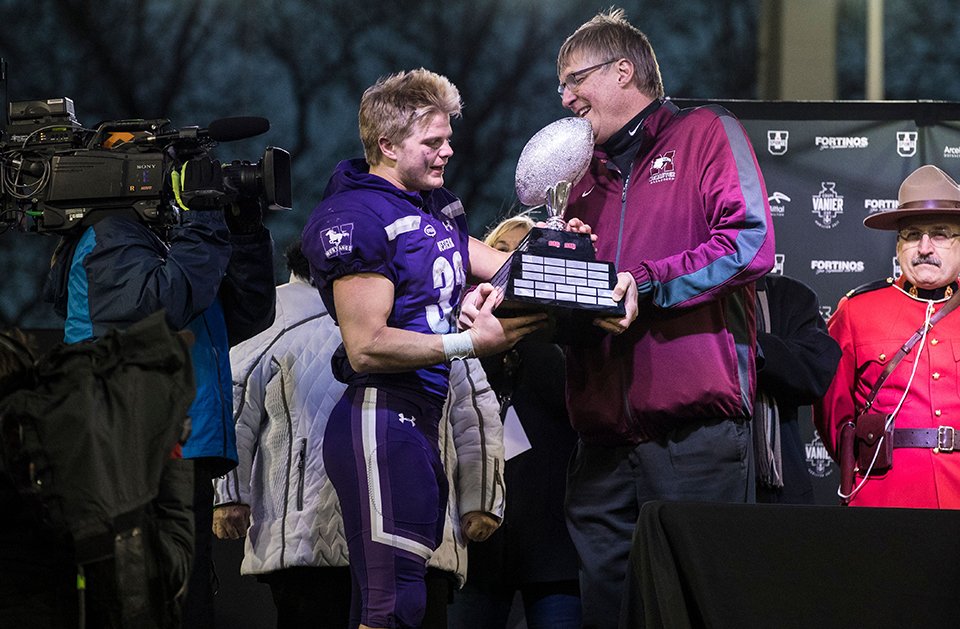 Marc Liegghio may not have split the uprights in the Vanier Cup, but his presence was certainly felt in the kicking game. To go along with his 5-for-5 efforts in extra point attempts and a rouge, Liegghio was masterful in the punt game. Liegghio tallied 334 yards on eight punts for an average of 41.8 yards, including a long of 65 yards. His efforts were highlighted by twice pinning the Rouge et Or inside the 20. 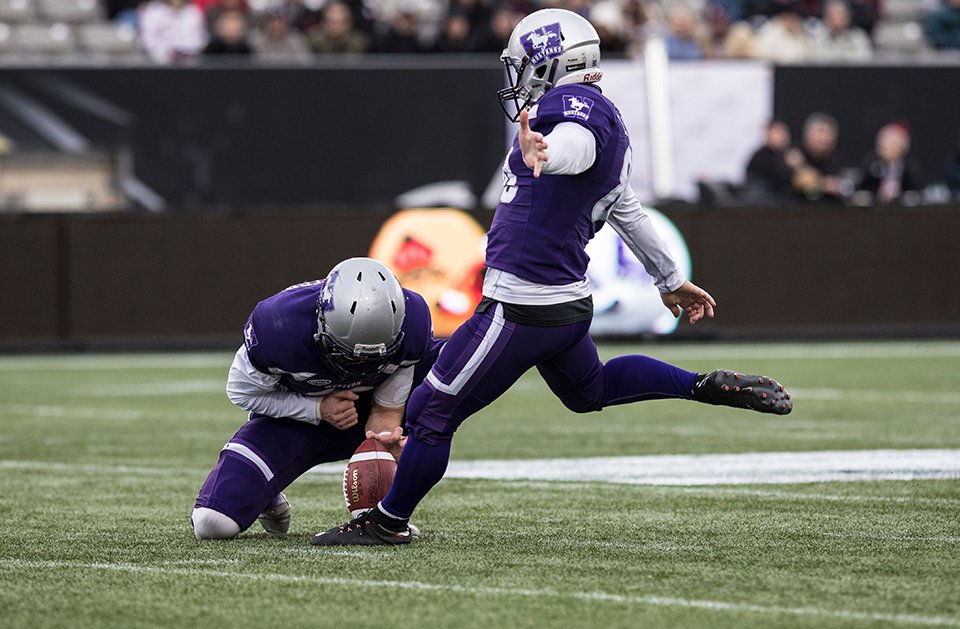