As Toronto Argonauts kicker Lirim Hajrullahu calmly stared down the yellow uprights through the cage on his helmet from the 32-yard line in the final minute of the Grey Cup, he had a flashback to another championship kick he made seven years earlier.

I’ve played this memory in my life many, many times this past week.

In 2010, when he was playing for the Western Mustangs, he made a nearly identical field goal with two seconds left in the fourth quarter of the Yates Cup to propel Western to victory over the Ottawa Gee-Gees at Frank Clair Stadium.

It was that moment he was thinking about as he lined up to take the kick in the same stadium.

“When I found out in the second half that we were going to be kicking towards the side that I won the Yates Cup on, I knew I was either dreaming or it was going to end very similarly.”

With 53 seconds left in the game, his boot held steady in the slushy conditions – connecting with the ball to send it soaring over the uprights as over 36,000 fans looked on at TD Place Stadium. The field goal gave the Argos a 27-24 edge heading in the final seconds. It turned out to be game winner as the clock ran down and the Calgary Stampeders failed to respond to the Argos' late offensive surge.

The Grey Cup win, he says, was a defining moment for him and his team.

“Last year we were the worst team in the CFL and to come back and be the underdogs and win the Grey Cup is monumental,” he says.

Concluding his fourth CFL season, the 205-pound kicker has amassed 146 field goals to date. During his first season with the Winnipeg Blue Bombers, Hajrullahu was the West Division’s nominee for the CFL’s Most Outstanding Special Teams Player award. He credits his time playing in U SPORTS as being an important stepping stone to his success as a pro.

“Being in those positions, and that’s why I chose Western, I was able to play in big games that would prepare me for moments like this,” he says. “All the coaches that helped us in the past have had something to do with our success.”

During his U SPORTS career, Hajrullahu was known for being a standout player for the Mustangs’ special teams. He still ranks second in the U SPORTS record book for career points scored during the regular season at 422 over five seasons. Under Western coach Greg Marshall, he was also named a Second Team U SPORTS All-Canadian and OUA All-Star. 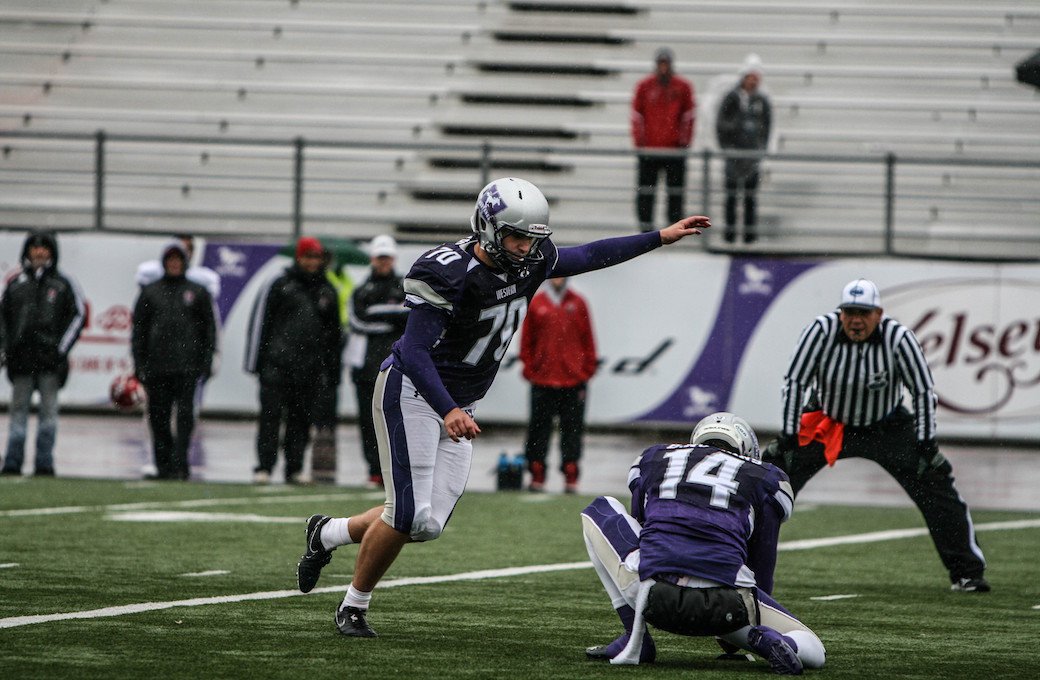 “Most likely if you’re an All-Canadian, especially in your fourth or fifth year, you’re likely going to have a work out or a tryout with a CFL team,” he adds.

Hajrullahu along with fellow Argo and former Western teammate Darryl Waud are hoping to celebrate the football championships captured by their current and former teams this year.

“(Western head coach Greg Marshall) messaged me the other day to congratulate me and I texted him right back about how awesome it was for him to win (the Vanier Cup),” says Hajrullahu, who was excited for his former bench boss for capturing his first national title as a U SPORTS head coach. “He has won so many Yates Cups and been so close to winning the national championship - that was one thing he was missing.”

While this year has been full of significant moments for Hajrallahu – he got married, graduated from his MBA and won his first Grey Cup – a few days before the big game, his family received awful news.

His younger cousin Ilir Balaj, a budding architect, who he describes as “kind-hearted,” had passed away in a horrific car crash in Kosovo.

“It’s been very hard for my family and myself because as great as this moment is, I’m grieving my cousin’s loss,” he says, noting the two were close and supported each other as they navigated their different careers.

His parents travelled thousands of kilometers for the funeral and his dad made it back in time to see his son play.

At the age of eight, Hajrullahu and his family became refugees after fleeing the Kosovo war. They managed to catch a flight to Canada and settled in St. Catharines, Ont.

It was during high school that the aspiring soccer player caught the eye of his high school football coach who convinced him to take his kicking talents from the soccer pitch to the football field.

Nineteen years later, Hajrullahu found his calling in football and his home in Canada.