Régis Cibasu, a receiver from the Montreal Carabins, and Mark Korte, an offensive lineman from the Alberta Golden Bears, will represent U SPORTS football in the 93rd edition of the prestigious East-West Shrine Game this Saturday, Jan. 20 at Tropicana Field in St. Petersburg, Florida.

Kickoff is scheduled for 3 p.m. ET / 12 p.m. PT, live on NFL Network. The game will also be available on the East-West Shrine Game Radio Network, and online as a streaming radio broadcast here.

The longest running university all-star game in the United States, the Shrine Game has been played annually since 1925 to raise funds and awareness for the 22 Shriners Hospitals in the USA, Canada and Mexico.

Since 1985, U SPORTS has been represented annually at the event which features over 100 draft-eligible seniors, primarily from NCAA institutions. On most occasions, two U SPORTS players have made the trip across the border. On average, around 265 Shrine Game alumni are on NFL rosters each year. 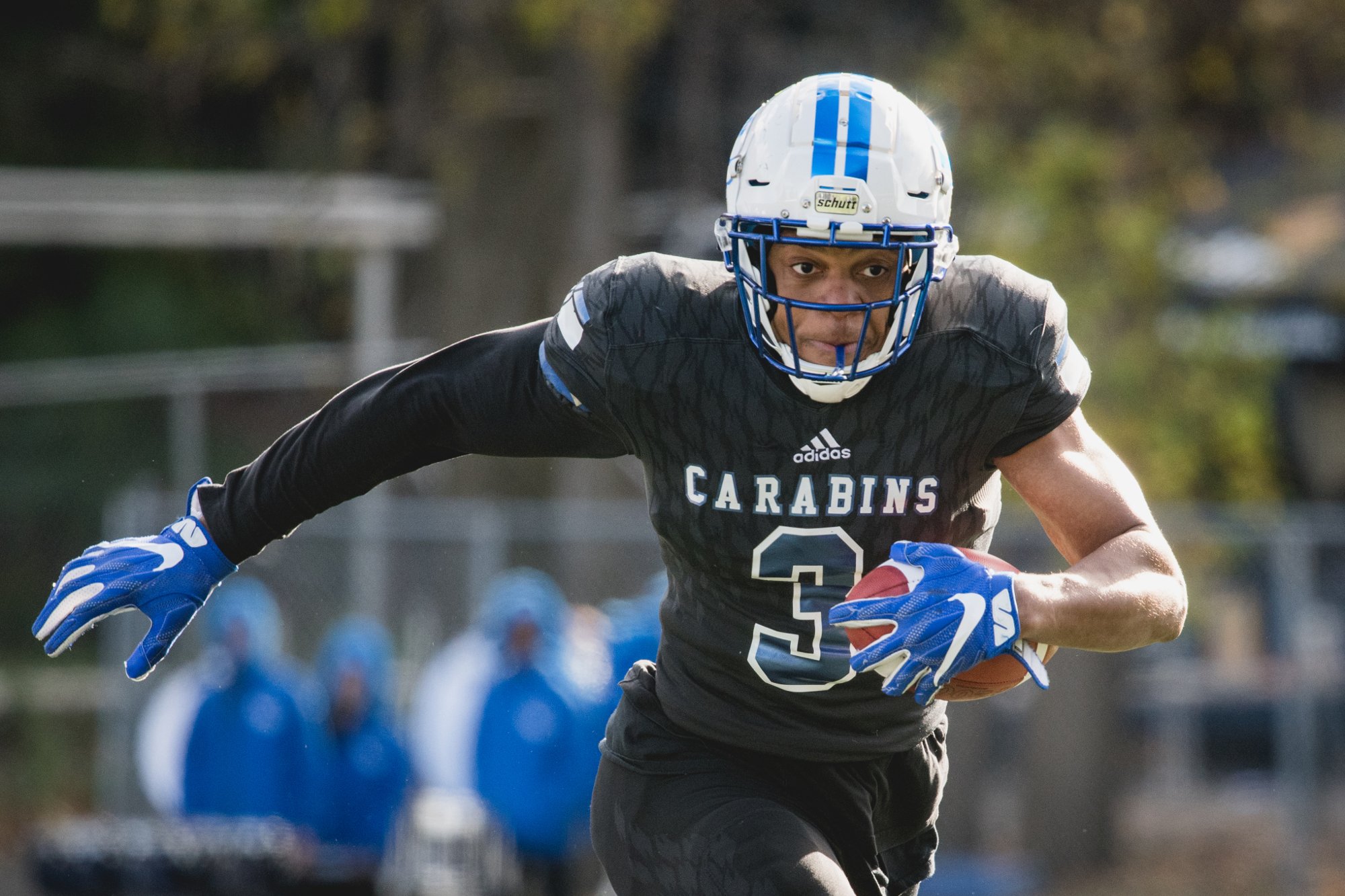 Cibasu, a fourth-year business student from Kinshsa, Congo is the first player in the history of the Carabins to suit up in the event. The 24-year-old helped the Carabins to a pair of consecutive Vanier Cup appearances, winning the 2014 title 20-19 over McMaster at Percival Molson Stadium in Montreal. Cibasu was presented with the Ted Morris Memorial Trophy as the game’s MVP.

This past season, Cibasu tallied 27 receptions for 387 yards and two touchdowns in eight games, while adding 10 receptions, 101 yards and one score in two playoff contests. Cibasu was ranked No. 8 (third among U SPORTS players) on the CFL Scouting Bureau List in December, and played in the East-West Bowl in 2017.

When you look back over the last four years with us, we know he deserves an opportunity to compete with the best. It will be a really good experience for him.

"Régis has the size and skills to play as a wide receiver or tight end. He could offer several options to NFL teams." 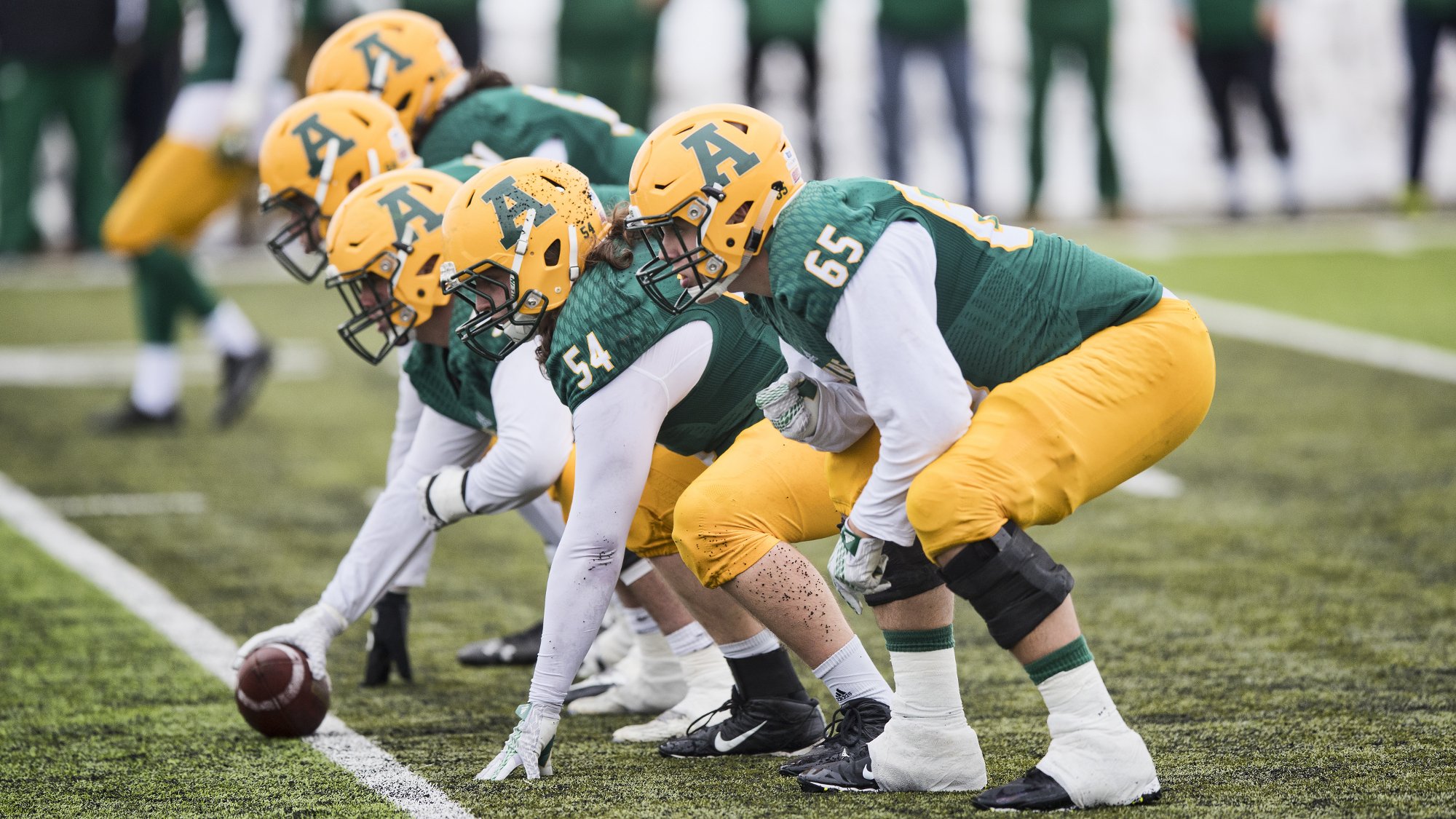 Korte, a fourth-year business student from Spruce Grove, Alta., becomes the fifth Alberta player to participate in the Shrine Game, following in his father Brent’s footsteps - who was invited in 1989 -  as  the first father-son combination to play in the contest. In 2017, Mark Korte was a driving force in Alberta’s No.1-ranked rushing offence, helping the Golden Bears to their first playoff appearance since 2010. Korte was named a First Team U SPORTS All-Canadian and was a nominee for the J.P. Metras Award as the Outstanding Down Lineman of the Year. Ranked No. 12 (sixth among U SPORTS players) on the December CFL Scouting Bureau List, Korte also participated in the East-West Bowl last May.

“Mark Korte is an old school offensive lineman whose grit, toughness and determination jump out to anyone who watches him play the game,” said Alberta head coach Chris Morris.

Mark's unique combination of athleticism strength, agility and toughness make him both an elite run blocker and pass protector who has dominated his opposition all year long.

"Mark was Canada's top university offensive lineman in 2017 and is surely looking forward to competing against some of the best players of his age in the world at the East-West Shrine game.”