Calgary quarterback Adam Sinagra, McGill defensive back Benjamin Carré and Guelph kicker/punter Gabe Ferraro are the U SPORTS Football Players of the Week, for the period ending Sept. 2, 2018

It didn't take long for veteran pivot Adam Sinagra to get the Dinos offence on track in 2018, as the Pointe Claire, Que., native posted 444 passing yards and a trio of touchdowns in Calgary's 49-35 road win over the Regina Rams. Sinagra threw two touchdown passes to Dallas Boath, while his biggest play of the night came on a 75-yard TD strike to Hunter Karl late in the third quarter. Sinagra and Karl connected for a total of 172 yards on the night, and are expected to be one of the top QB-receiver duos in the country.

Carré, a civil engineering junior had two interceptions -- one returned for a touchdown – in addition to one quarterback sack and a tackle as McGill surprised Sherbrooke 19-8 at Percival Molson Stadium, Saturday. The inside halfback halted a nine-play Sherbrooke drive with his first pick, in the end zone, when the game was tied at 3-3 and 2:18 remaining in the first half. He then registered his second interception of the game just 2:03 into the third quarter, returning it 71 yards to put the Redmen ahead 17-5. 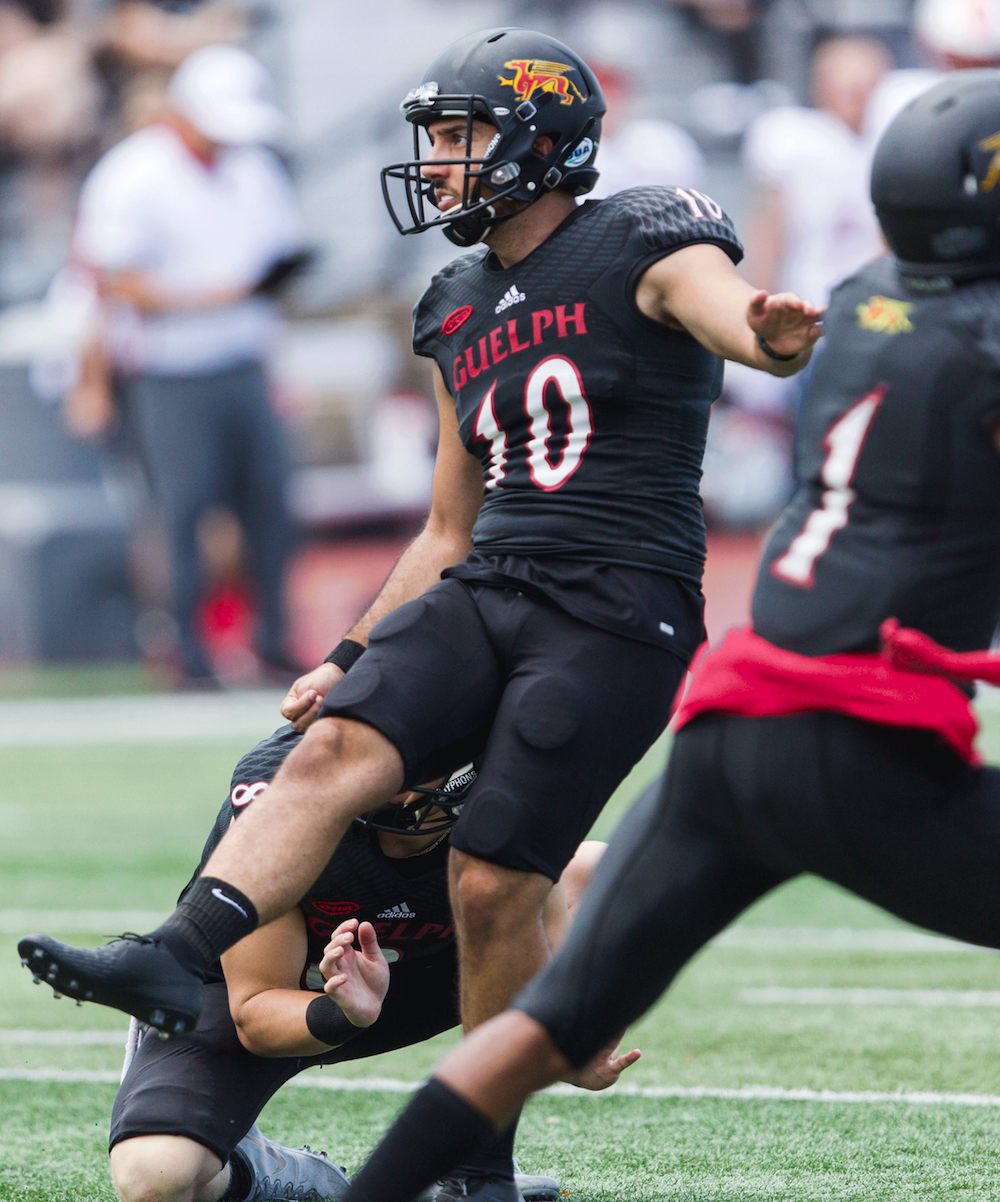 Mississauga, Ont., native Gabe Ferraro was in fine form on Labour Day, showcasing the top-tier ability that has made him a two-time All-Canadian during his Gryphons career. The Leadership & Organizational Management major was a perfect 4-for-4 on field goals against York, with a 29-yarder in the first half, followed by makes of 42, 27, and 47, respectively, in the second half to help put the game out of reach against the York Lions. Ferraro, who last season set a U SPORTS single-season record with 33 made field goals, also averaged 41 yards per punt while pinning the Lions inside their own 20-yard line on three separate occasions.

Sportsnet and TVA Sports are once again the official broadcasters of the U SPORTS football semifinals and final in 2018. The Mitchell Bowl (CW at OUA) and Uteck Bowl (AUS at RSEQ) are set for Saturday, Nov. 17, while the Vanier Cup follows on Saturday, Nov. 24 at TELUS-UL Stadium in Quebec City. For all the information on the 54th Vanier Cup click here.