Adam Sinagra etched his name in the Canada West and U SPORTS record books Friday night, as he posted 569 yards of passing in Calgary's 37-28 victory of the Saskatchewan Huskies.

Singara's eye-popping yardage is the second highest in CW and U SPORTS history, slotting in just behind Dino great Greg Vavra, who posted 627 yards back on Oct. 7, 1983 against Saskatchewan.

Tutored by Vavra during his first two seasons as a Dino when the legendary Calgary pivot was the team's QB coach, Sinagra opened the night going 13-for-13, as Vavra watched his tutelage put to work first hand from the Griffiths Stadium stands.

While there was no shortage of brilliance put on display by Sinagra, his biggest play of the night came late in the third quarter, as he found speedster Jalen Philpot for a 50-yard touchdown on what proved to be the game's winning score.

Calgary's win pushed the defending Hardy Cup champions to 3-0 on the season, while Saskatchewan fell to 2-1 on the season.

The Dinos look to keep their perfect start to the season alive this Saturday when they travel to Vancouver to take on the UBC Thunderbirds.

That game can be seen on SaskTel, TELUS, and Bell MTS as a Canada West Football Showcase game beginning at 5 p.m. PDT.

Despite coming out on the wrong end of a 19-17 scoreline against the Regina Rams Friday night, linebeacker Ben Hladik had a big night defensively for the UBC Thunderbirds, as he helped keep Regina's venerable offence in check.

Hladik made his impact known in the turnover game, as he recovered a trio of fumbles on the night. His first recovery of the game came with less than five minutes to play in the second quarter, as Ryley Butler forced a Ryan Schienbein fumble at the UBC two-yard line, before Hladik swooped in to pick up the pigskin. That play was one of two turnovers forced by the UBC defence inside their own five-yard line, as they kept their team in it with key takeaways.

A Vernon, B.C. product, Hladik added two more fumble recoveries in the fourth quarter, including a strip sack and fumble recovery on Regina quarterback Noah Picton with just under a minute to play.

The T-Birds (1-2) look to even their record this week when they welcome Calgary to Thunderbird Stadium for UBC's annual homecoming game, where near 10,000 fans took in the game last season. 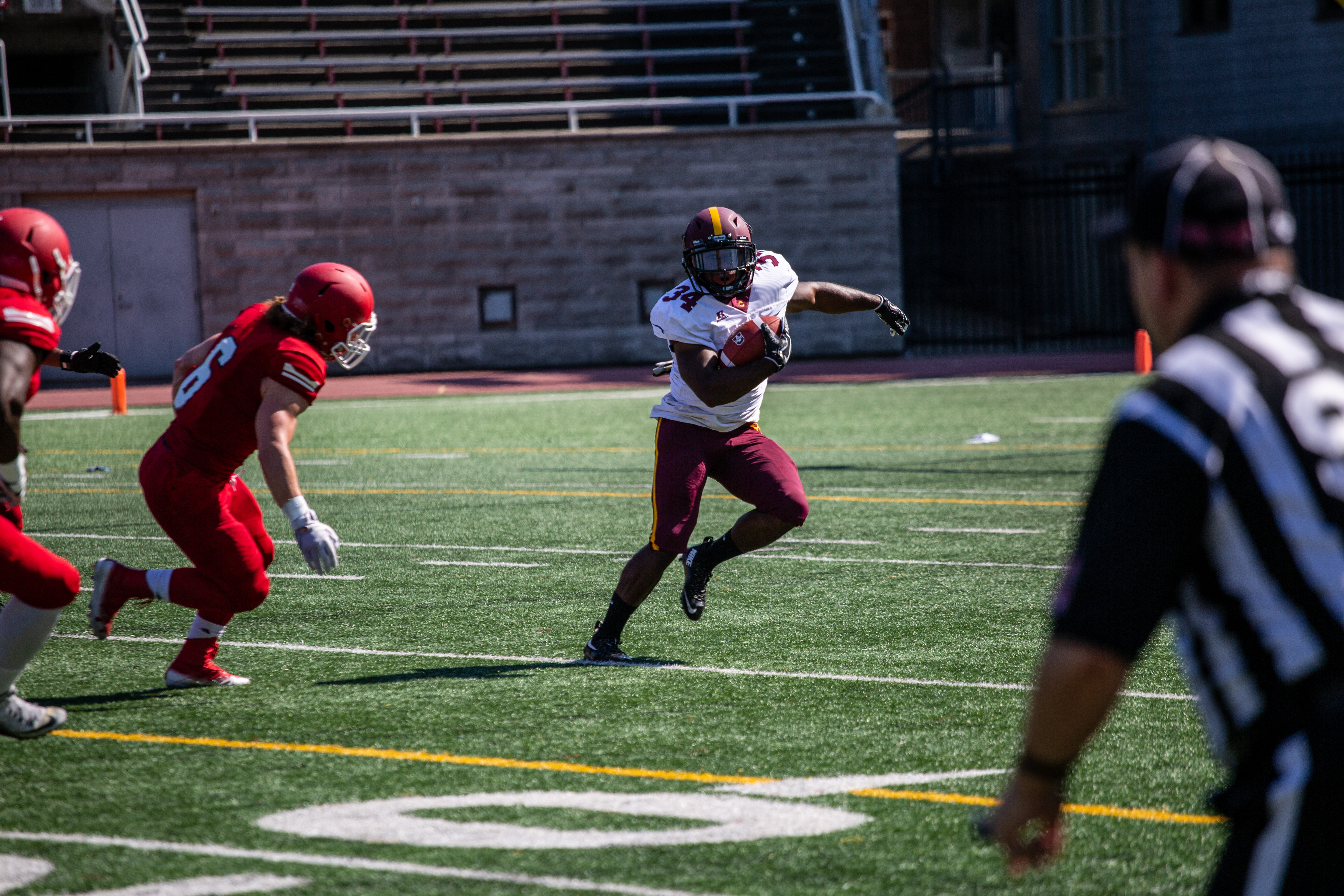 Return specialist Quaysie Gordon-Maule helped dig the Concordia Stingers out of a deep hole in the second quarter of his team’s 33-26 victory over the McGill Redmen. The Stingers were down 16-3 when Gordon-Maule took a kickoff back 107 yards for a touchdown. He returned four kickoffs for 145 yards on the day. The 107-yard return gives Gordon-Maule sixth place in the conference record book in the longest kickoff return category. With 145 yards in the game, he has the seventh spot for most kickoff return yards in a game.

Sportsnet and TVA Sports are once again the official broadcasters of the U SPORTS football semifinals and final in 2018. The Mitchell Bowl (CW at OUA) and Uteck Bowl (AUS at RSEQ) are set for Saturday, Nov. 17, while the Vanier Cup follows on Saturday, Nov. 24 at TELUS-UL Stadium in Quebec City. For all the information on the 54th Vanier Cup (including tickets) click here.