Western running back Cedric Joseph, Laval defensive lineman Mathieu Betts and StFX kicker / punter Keiran Burnham are the U SPORTS Football Players of the Week, for the period ending October 7, 2018.

Joseph tallied an incredible 355 yards and three touchdowns on just 17 carries to help lead the Western football team to the 66-14 win over the Windsor Lancers at TD Stadium. Joseph’s first major of the day helped extend the Mustangs’ early lead just seconds into the second frame, running 90 yards to the house to put Western up 23-7. Joseph continued to dominate the running game for Western, earning a 71-yard touchdown late in the second quarter to extend the lead to 32-7 for the Mustangs. He would add one more to the Mustangs' total in the half. The Montreal, Que., native tallied all 355 of his yards in the first half alone, coming up just 40 yards shy of the all-time U SPORTS record for yards in a game (395). With his team up big at halftime, Joseph sat for the remainder of the game, to finish with the Western record for single-game rushing yards and settling for the third-most in U SPORTS history.

The spotlights were turned on Betts for this important duel between the Rouge et Or and the Montreal Carabins, and the defensive end did not disappoint. Betts completed four sacks and is currently ranked first in U SPORTS in sacks behind the line of scrimmage. The Rouge et Or’s No. 9 picked the right time to pound his opponent, including two quarterback sacks in the fourth quarter and his fourth in overtime to keep Montreal from scoring. Betts completed the game with 5.5 tackles, including five inflicting losses of 32 yards. He also forced a fumble and knocked down a pass. 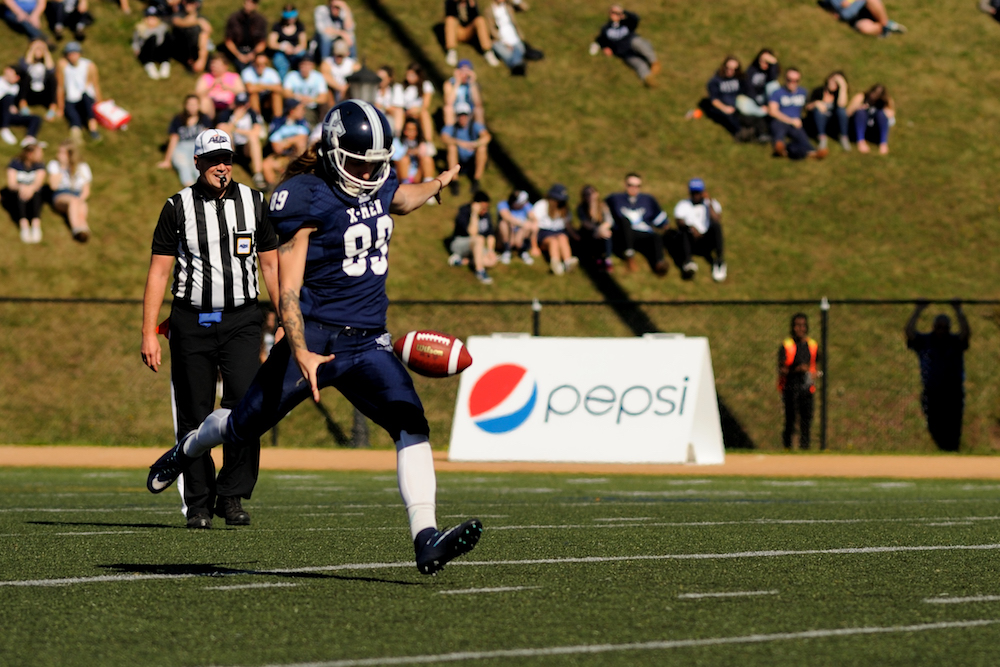 A third-year arts student from Cambridge, Ont., Burnham kicked the game-tying and game-winning field goals in Friday night's 33-30 win over Acadia, from 46 and 41 yards out, respectively. The game-winning kick came with only two seconds left on the clock, not long after his field goal that tied the game with 44 seconds left to play. Burnham also booted two field goals in the first half from 47 and 39 yards. He had two punts for 70 yards and six kickoffs for 337 yards, averaging 56.2 yards per kick. He currently ranks seventh in U SPORTS in punting average at 40.8 yards per punt.