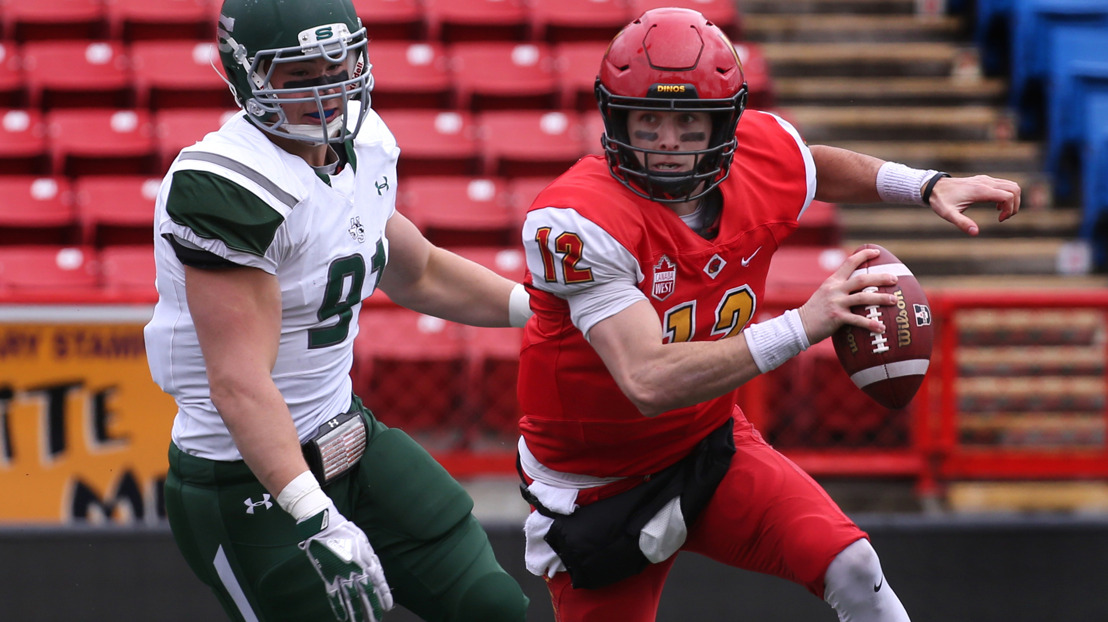 Calgary Dinos quarterback Adam Sinagra's remarkable season continued Saturday, as the Pointe Claire, Que. native posted his third 400-yard passing game of the season in Calgary's 33-13 win over Saskatchewan. Sinagra was on point again as Calgary ran their record to a perfect 5-0, clinching a CW playoff spot in the process. The fourth-year pivot tossed 432 yards, and four touchdowns. The four majors accounted for 154 yards alone, as Sinagra threw TD passes of 40, 35, 26, and 53 yards. With three weeks to play in the regular season, Sinagra needs 1,042 yards to break Noah Picton's single-season U SPORTS record of 3,186. He is also chasing the Calgary school record of 3,162 set by Andrew Buckley in 2015.

Émile Chênevert really hurt the Stingers on Saturday at Concordia. The pair of interceptions he snagged in the third quarter both led to points on the board for the Rouge et Or. His first came on a great grab which handed Laval possession at the Stingers’ 29-yard line. Three plays later, Laval found the end zone. The medical student’s next strike came on an Adam Vance pass he returned 37 yards for a touchdown. Chênevert now has three interceptions on the season and added a solo tackle in the Rouge et Or triumph. 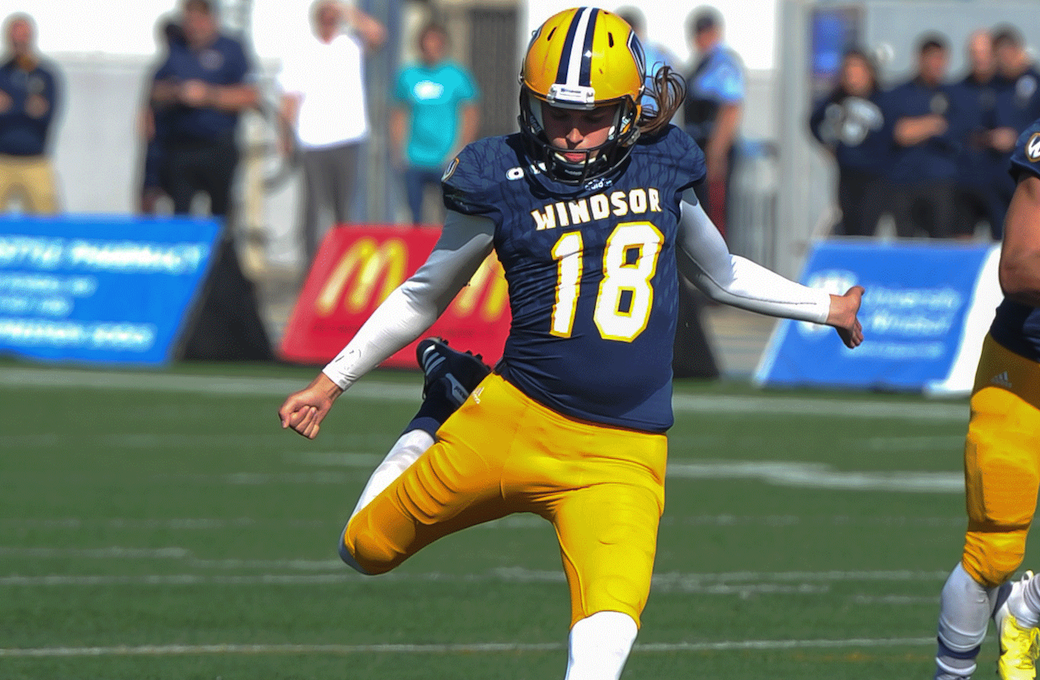 Senior kicker Clark Green had a record-breaking day for the Lancers as they celebrated 50 years of Lancer Football. The Chatham, Ont., native set a new team record in field goals made with six. After trailing by three touchdowns late in the second quarter, the Lancers turned to the trusted foot of Green to start chipping away. He ended the half with a trio of makes (33, 25, and 26) and picked up right where he left off coming into the third quarter with another 19-yard connection for his fourth of the day. Heading into the fourth quarter, and with the Lancers down by just two, Green lined up a 41-yard boot to give his team their first lead of the day. A back-and-forth finish put him back in the spotlight late in the game, and he saved his best for last, putting Windsor up for good on a 45-yard field goal with just 26 seconds to play.

Top 10 Football: Western remains No. 1, Ottawa on the rise