Saskatchewan running back Tyler Chow, Western linebacker Fraser Sopik, and Saskatchewan kicker Sean Stenger are the U SPORTS Football Players of the Week, for the period ending Nov. 11, 2018.

Chow made the most of his first trip to the 82nd Hardy Cup, as the Calgary product helped rush the Saskatchewan Huskies to a dominant 43-18 win over the Calgary Dinos Saturday. Chow, who played at Calgary's Notre Dame High School, posted a Canada West season-high 222 rushing yards in a single game, while finding the end zone twice for Saskatchewan. His 640 rushing yards for the season has him in 10th place in the country. Chow was too much for the Dinos to handle in the conference championship game, as the Huskies earned their first Hardy Cup since 2006. 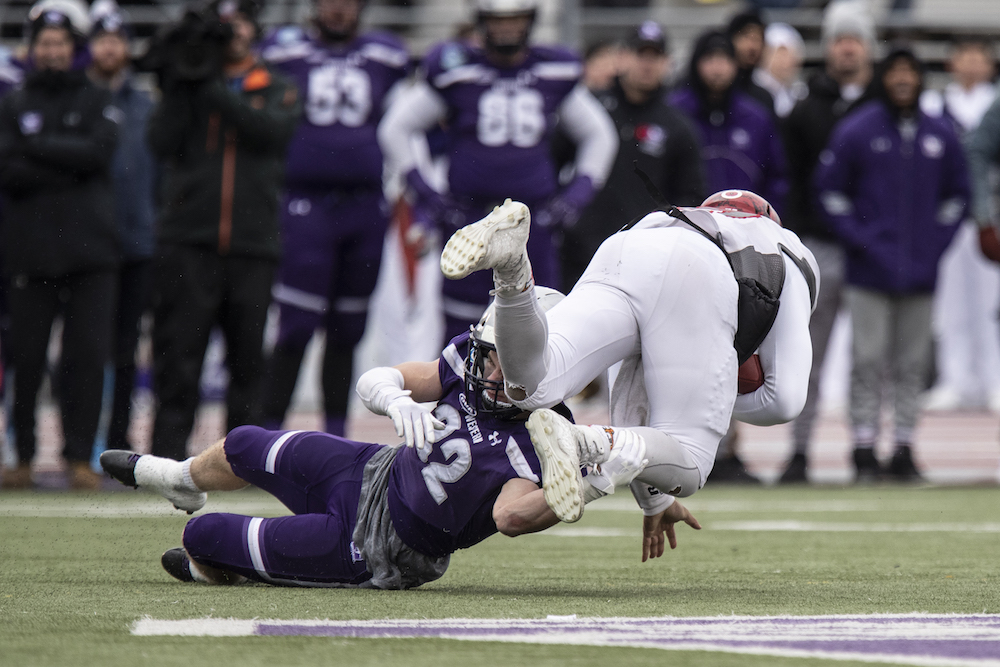 Sopik has been a leader on the Western defence for several years and continued the moniker during the team’s dominant performance against a talented Guelph squad on Saturday. This year’s OUA Stand-Up Defensive Player of the Year was a load on the Yates Cup stage, playing a significant role in limiting Guelph to just 259 yards of offence. He was active, aggressive, and had a knack for getting to the ball en route to an 8.5 tackle performance. Seven of those tackles were of the solo variety, to go along with an additional three assisted efforts. Sopik kept the Guelph offence pinned back on several occasions, as evidenced by the team mustering just two touchdowns in the game, and he will look to keep his leadership role up into next week’s Mitchell Bowl. 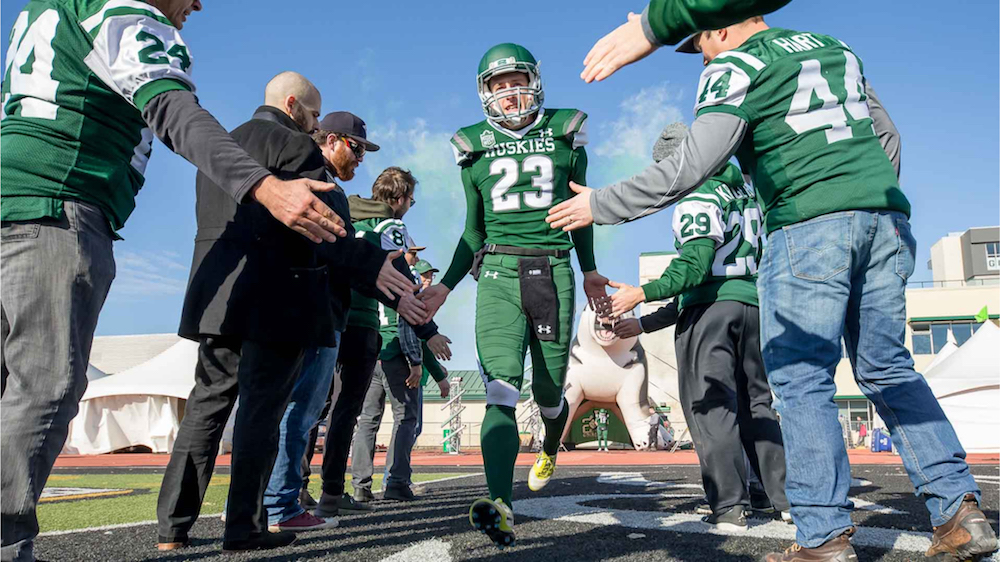 While Stenger wasn't called on for an overtime winner Saturday like he was two weeks ago vs. UBC, he nonetheless did his part for the Saskatchewan Huskies in the 82nd Hardy Cup. The veteran was 2-for-3 on field goals, 5-for-5 on extra points, while adding two rouges to finish with 13 total points in Saskatchewan's win. Stenger, who used a 38-yard OT field goal in the conference semis to lift the Huskies to their first Hardy Cup appearance since 2009, also added one punt inside the Calgary 20.

Sportsnet and TVA Sports are once again the official broadcasters of the U SPORTS football semifinals and final in 2018. The Uteck Bowl (StFX at Laval, 12:30 p.m. ET / 9:30 a.m. PT, Sportsnet 360 & TVA Sports) and Mitchell Bowl (Saskatchewan at Western, 4 p.m. ET / 1 p.m. PT, Sportsnet 360 & TVA Sports 2) and are set for Saturday, Nov. 17, with a 30-minute pre-game show kicking things off at 12 noon ET / 9 a.m. PT. The doubleheader is also available online through Sportsnet NOW and TVASports.ca (authenticated users only).