On Thursday, 73 players were selected in the 2019 CFL draft, with 52 of them having made their mark thanks to their U SPORTS careers.

Many of those players had the chance to prove themselves in the annual U SPORTS East-West Bowl. This week, players eligible for the 2020 CFL draft will have that same opportunity. The event consists of a weeklong football showcase that includes four days of practice, a CFL free agent combine, and of course, the game itself on Saturday, May 11 at Carleton University’s MNP Park in Ottawa.

The event gives these U SPORTS all-stars and CFL hopefuls – including those participating in the combine, where strong showings have been parlayed into contracts in the past – a chance to showcase themselves in front of CFL scouts.

“All of our teams will be in attendance during the week,” says Ryan Janzen, the CFL’s Senior Director of Football. “These are the top guys for next year's draft, so to get the first set of eyes on them is beneficial for us.

"The coaches are getting the chance to spend a week with these players. Come draft time next year, they already know them a little. Throughout the week, they can kind of get a benchmark of where the players are strength and speed wise, see what their practice habits are and how well they do in the game. Our teams love it – it's a huge benefit to them.”

With Glen Constantin from Laval manning the bench for the East and Western head coach Greg Marshall taking the reigns for the West, the game will get the added benefit of a Vanier Cup sideline rematch. For Carleton Ravens head coach Steve Sumarah, the event is not only a chance for CFL teams to get a better look at potential draft picks, but also for players to see how they measure up against the best players of their draft class. 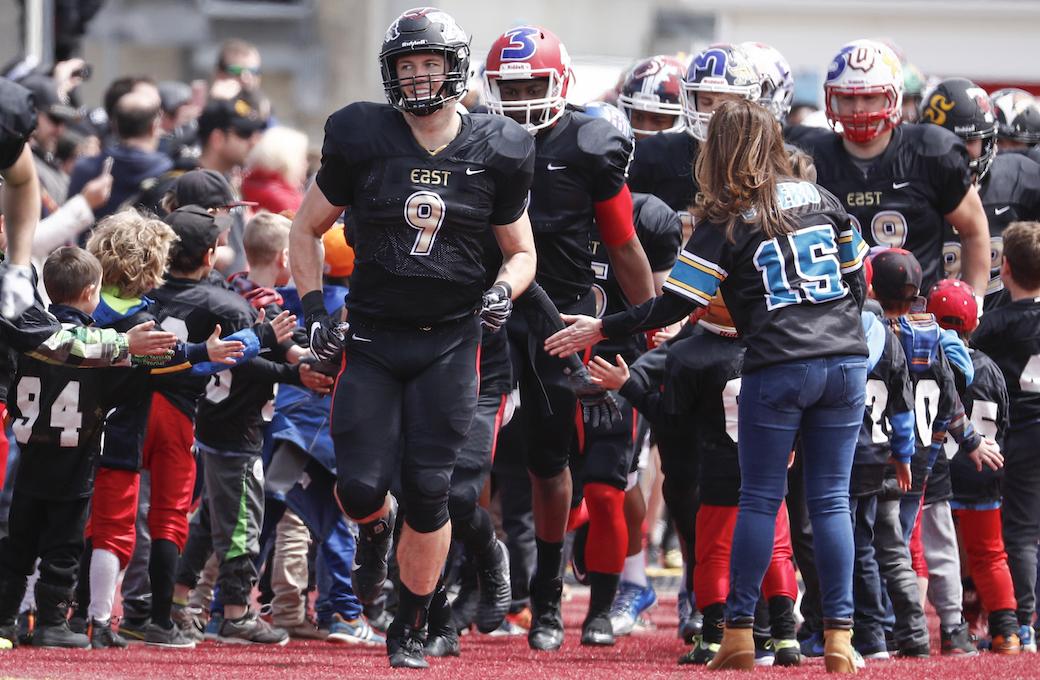 "(The players can expect) an opportunity to compete against their peers,” says Sumarah. “It gives them the chance to size everyone up and see where they stand and what they can do. They also get an opportunity to meet guys from other teams and share experience. At the end of the week, there's a lot of friendships that get developed."

Last year’s teams included players like Laval defensive lineman Mathieu Betts, who was drafted third overall by Edmonton on Thursday after being named the top-ranked prospect in the CFL Scouting Bureau. Betts would have been selected higher, had he not signed with the NFL’s Chicago Bears last weekend after going unselected in the NFL Draft. In total, all 15 players that appeared on at least one Scouting Bureau list participated in last year’s East-West Bowl and were drafted to CFL teams.

The CFL realizes that U SPORTS has a wealth of talent and this gives them a chance to see them in a different setting for a week.

Maclean - Director of Football at U SPORTS

Richard MacLean is the Director of Football at U SPORTS. He has seen how this game has helped continue to reinforce the relationship between Canadian university players and the CFL.

“The CFL realizes that U SPORTS has a wealth of talent and this gives them a chance to see them in a different setting for a week,” says Maclean. “CFL scouts will go watch the events, see what happens, talk to the players and get a feeling for who these athletes are. That access to players has really helped our partnership with the CFL"

Considering the opportunity for both the players and the teams looking to get an advanced look at players who can make an impact on their rosters, players are ready to prove themselves. For Manitoba Bisons quarterback Des Catellier, it’s a game that’s been a goal for himself to suit up in and many players for a long time. 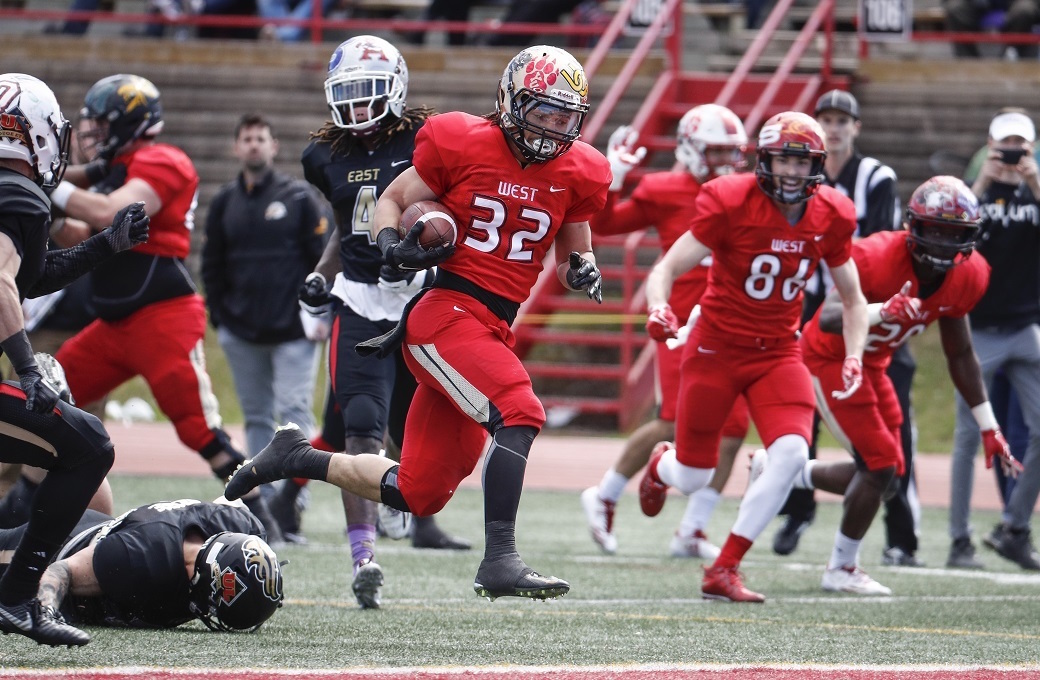 “For the past two or three years I've watched the game and have definitely wanted to play in it,” says Catellier, who will back up reigning Hec Crighton Trophy winner and U SPORTS Male Athlete of the Year finalist Adam Sinagara of the Calgary Dinos for the West Team. “This is a chance for you to separate yourself as either an elite U SPORTS player of just a good U SPORTS player.”

Last year’s East-West Bowl went down to the wire, with the West squad edging out their Eastern counterpart 15-14, thanks to a late touchdown by Manitoba’s Jamel Lyles, who was drafted by the B.C. Lions in the eighth round at 69th overall.

You’ve just got to go in with a work mentality. This isn’t just a fun trip to Ottawa, this is a business trip. That's how I’m preparing going into it.

With the first CFL Scouting Bureau Top 20 prospects list dropping in August, the East-West Bowl is players’ first chance to establish themselves as players who can step in and make a difference in the CFL.

“This gives CFL teams to be ahead of the curve in terms of their scouting and evaluation,” says Sumarah. “Teams get to see these guys competing against everybody within that same draft class – it’s a huge benefit to the teams." 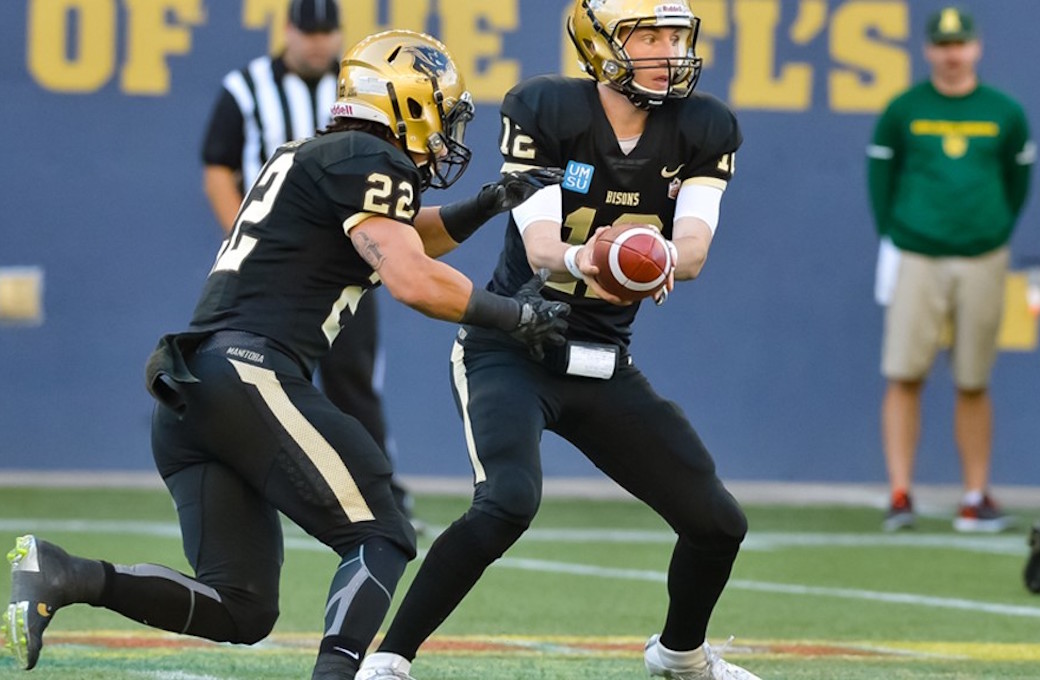 Scouts get to look at many players during the week-long event, so that means players have to take every chance to showcase themselves.

“It's a week of hard work and football,” says Catellier. “You’ve just got to go in with a work mentality. This isn’t just a fun trip to Ottawa, this is a business trip. That's how I’m preparing going into it." 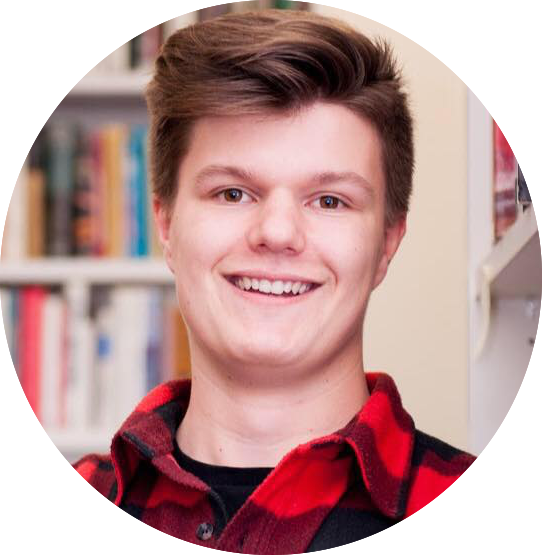