Toronto quarterback Clay Sequeira and Montreal defensive back Marc-Antoine Dequoy and Concordia return specialist / running back Kevin Foster are the U SPORTS Football Players of the Week, for the period ending September 2, 2019

Sequeira, a Fourth-year quarterback, had another standout night, leading the Varsity Blues football team to a 54-26 victory over the Windsor Lancers in their 2019 OUA home opener on Sunday night at Varsity Stadium.

The commerce major from Pierrefonds, Que., who started his 2019 campaign off with a bang in Week 1 after posting over 450 yards in the air, doubled down on his electrifying efforts thus far with another stat-stuffing performance in Week 2. The veteran pivot went 17-for-28 for 464 yards and six touchdowns, showing off his arm strength on several occasions with a few big game-changing plays, including three 50+ yard touchdowns in the final frame. 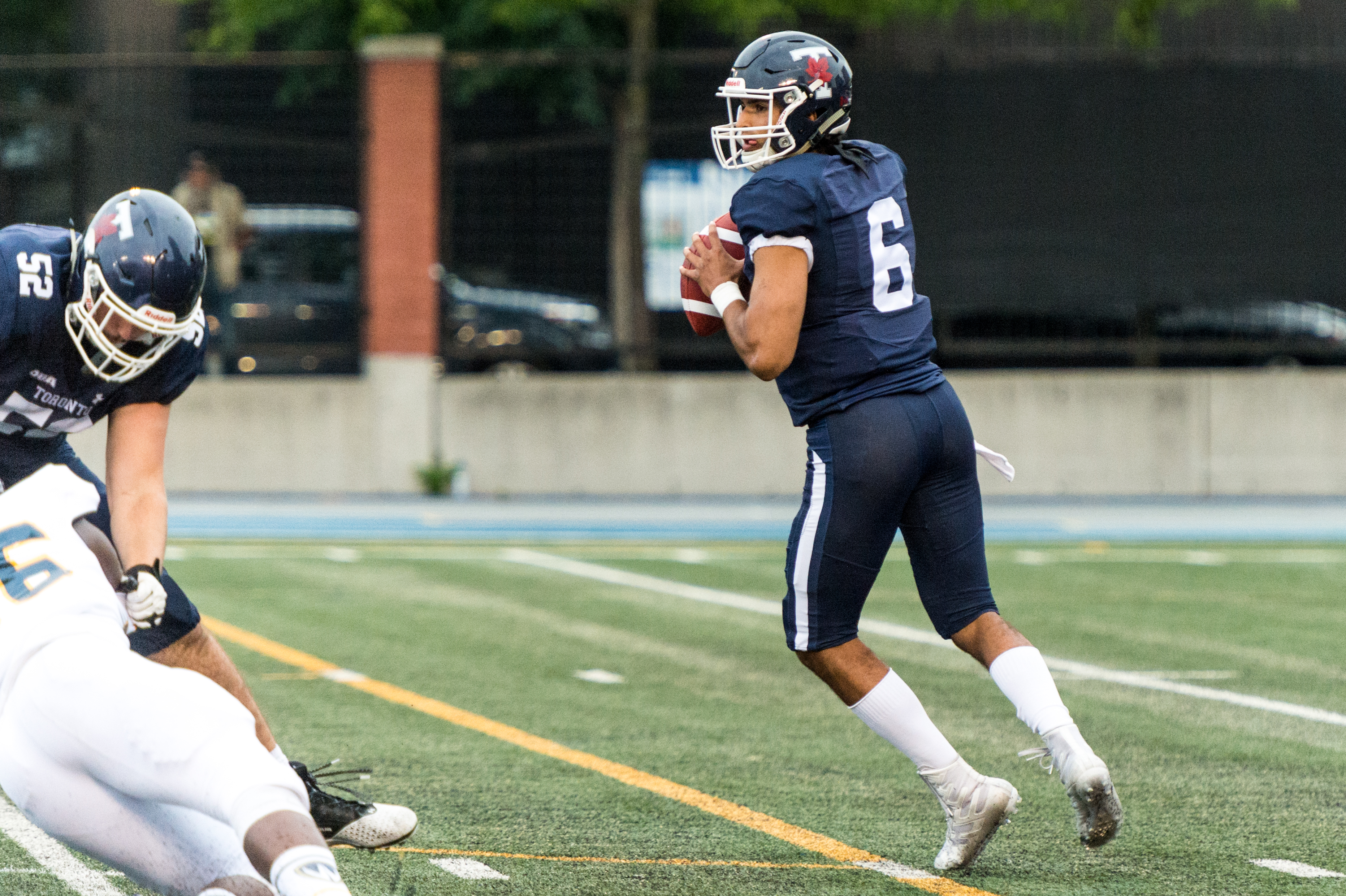 After a low-scoring start to the game, Sequeira certainly opened things up in a big way for the Blues in the final quarter, leading his team to a 35-point stretch and 21 unanswered to dash any hopes of a Windsor comeback. Adding to his impressive day in the air, Sequeira also tacked on 110 yards on the ground on 13 rushes for a second straight week of over 500 all-purpose yards.

Sequeira currently sits atop the nation, leading all U SPORTS quarterbacks with over 460 passing yards per game, 12 yards per attempt, and 10 touchdowns.

Once again, Dequoy made a case in his team’s 18-9 RSEQ victory over the Sherbrooke Vert & Or on Friday night at the CEPSUM. The 24-year-old defensive back picked up a pair of interceptions, including one that led to a touchdown in the final moments of the game. Dequoy also accumulated seven tackles, including one for a loss.

Stingers rookie running back and return specialist was exceptional in his team’s difficult 40-14 loss to McGill University on Friday afternoon. He had 222 total yards on returns in the game. He returned six punts for 130 yards, including one he took back 74 yards for the Stingers’ only touchdown of the game. He also returned five kickoffs for 92 yards. Add in his rushing and receiving yards and the Vanier College alumnus accounted for 245 yards in the game.