Mount Allison receiver Josh Hicks, UBC defensive back Jaxon Ciraolo-Brown and Alberta returner Wesley Bookland are the U SPORTS Football Players of the Week, for the period ending October 27, 2019.

A commerce student from Moncton, N.B., Hicks set a new AUS record Saturday for receptions in a single game with 16. The previous record of 15 was set in 1987 by former Mounties standout Frank Sajous and tied in 1993 by Saint Mary's Steve Sarty. The 16 receptions is sixth most in U SPORTS history.

His 300 receiving yards tied for seventh in U SPORTS history. He also added a receiving touchdown in the close loss. Hicks’ 300-yard performance was the most receiving yards in a single game since Laval’s Tyrone Pierre racked up 311 yards against Concordia in 2015.

The Mounties ultimately fell 33-31 to the undefeated Acadia Axemen in what was the final regular season game. However, after finishing third in the AUS standings, they secured their place in the AUS postseason for the first time since 2016.

In Canada West action, Ciraolo-Brown had three interceptions in UBC’s 36-17 loss to Calgary. Ciraolo Brown became the 23rd player in conference history to record three picks in a single game. He also made his interceptions count, combining for 98 return yards. The second-year arts student also recorded 6.5 tackles on the day and a pass breakup. 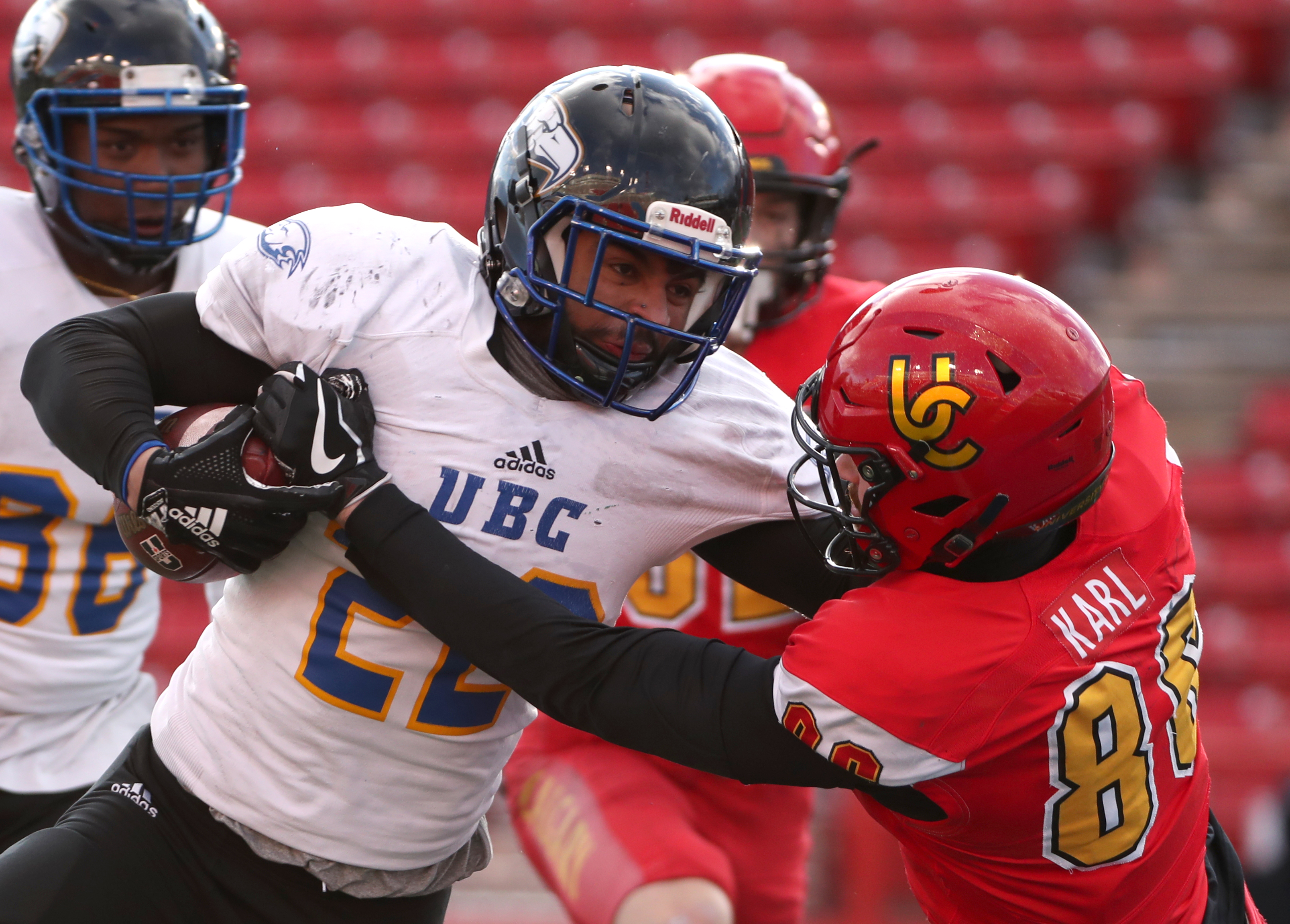 Bookland bookended the regular season with the weekly Special Teams honour as his 120-yard missed field goal return for a touchdown provided Alberta with their lone major on the day in their 22-9 loss to Saskatchewan in Canada West action.

Bookland’s big play is the longest in program history and tied for third best in the CW record book. 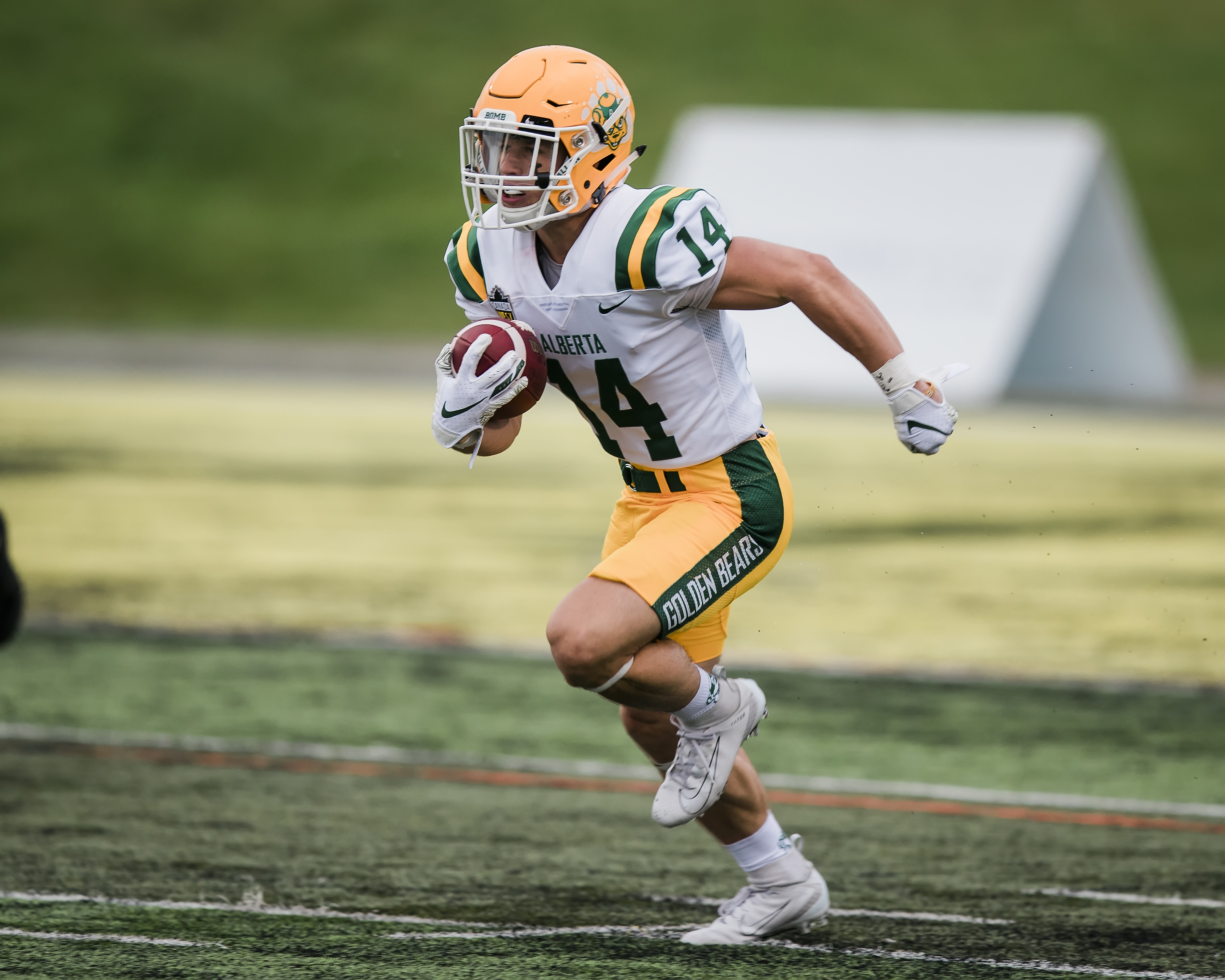