Reigning Vanier Cup champion Adam Sinagra of the Calgary Dinos highlights a group of 10 U SPORTS  players on the December prospect list released by the Canadian Football League’s Scouting Bureau Tuesday in advance of the 2020 Draft.

Sinagra, a 6-foot-1, 195-pound quarterback from Pointe Claire, Que., played a pivotal role in Calgary’s 27-13 Vanier Cup victory over Montreal, capturing the Ted Morris Memorial Trophy awarded to the game’s Most Valuable Player. The fifth-year arts student finished the game with 22 completions on 28 attempts for 292 yards and a pair of touchdowns, tallying 27 points against Montreal’s defence who had surrendered only 16 points in three playoff games. The win gave Calgary its fifth Vanier Cup title and first since 1995.

A year after capturing the Hec Crighton Trophy and being named a finalist for the Lieutenant Governor Athletic Award for U SPORTS Male Athlete of the Year, Sinagra completed 159 of 256 passes and ranked fifth in the nation with 287.7 passing yards per game in six contests in the 2019 season. He also threw for 13 touchdowns. Sinagara, who was ranked 18th on the initial prospect list in August, rose to No.14 on Tuesday’s second list.

Alberta offensive lineman Carter O’Donnell is the highest-ranking U SPORTS product at No. 4, rising up seven spots from No. 11 after receiving First Team All-Canadian honours in 2019.

The second Scouting Bureau list also includes players from Laval and Carleton (two each), as well as Montreal, Queen’s, Waterloo and Western (one each). 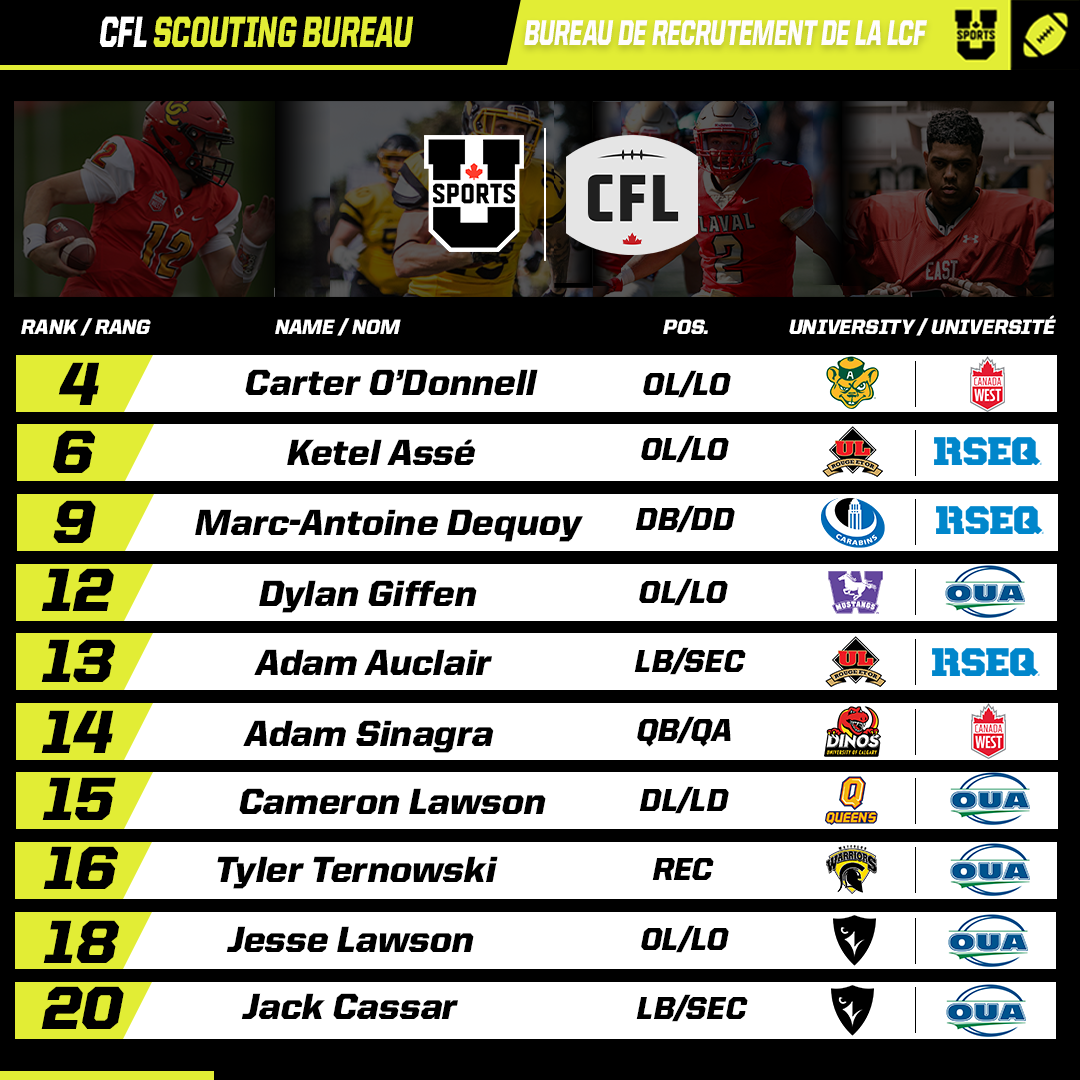