Western running back Keon Edwards, Montreal linebacker Harold Miessan and Laurier defensive back Shomari Hutchinson are the U SPORTS Football Players of the Week, for the period ending Sept. 19, 2021

Edwards came into the 2021 opener hungry to make an immediate impact for Western, as evidenced by his 30-yard rush – his longest on the day – to start the game. The Toronto, Ont. native kept rolling from there, en route 174 yards on 26 carries, good enough for an average of 6.7 yards per carry. 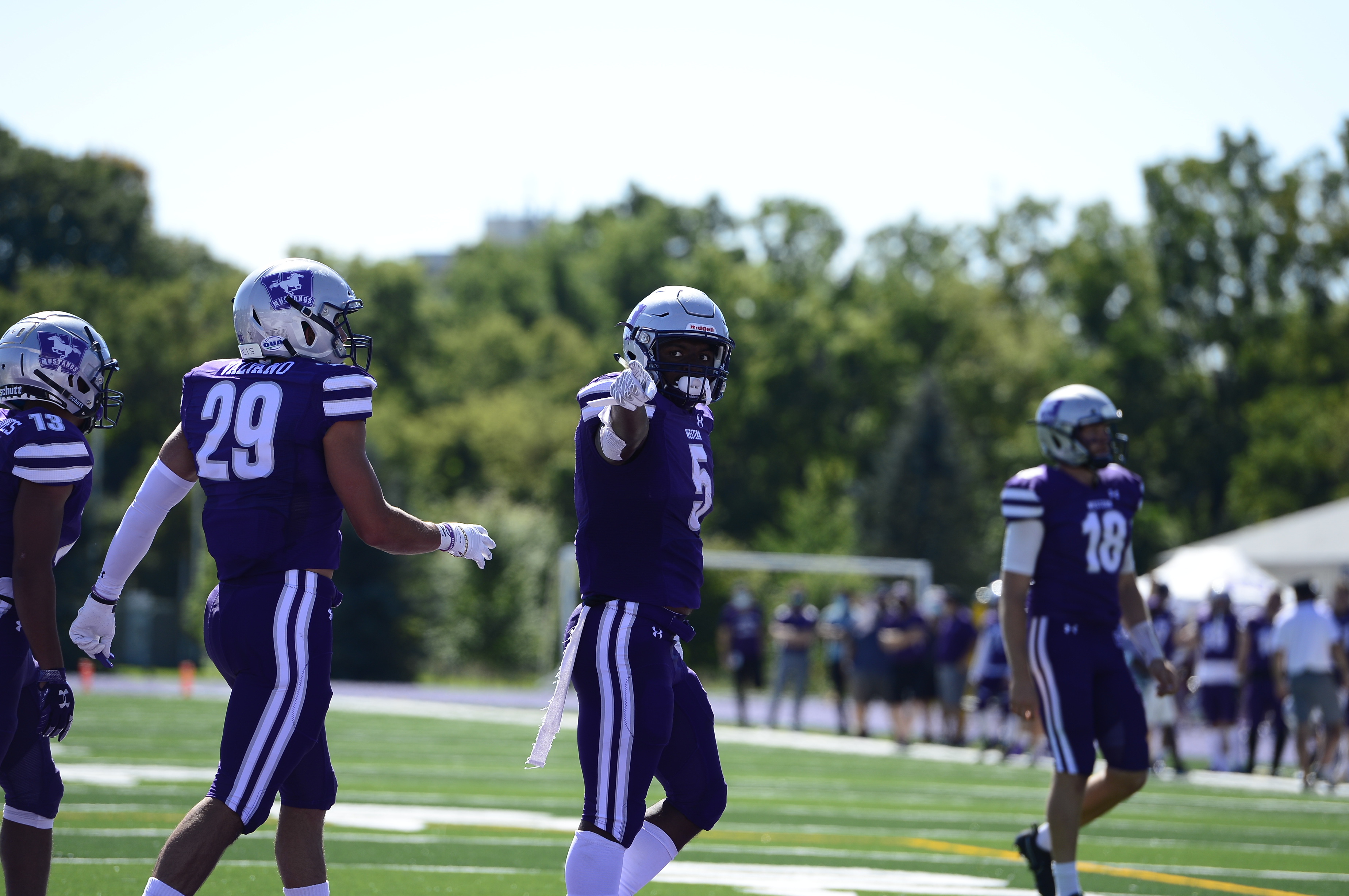 It wasn’t just quantity for Edwards; however, as he also used his carries to make an impact on the scoreboard. Edwards punched in his first touchdown of the game to cap off an 11-play, 87-yard drive in the first quarter. He doubled the Mustangs’ lead the following frame with a three-yard major. The media, information, and technoculture major converted his third and final touchdown of the game – a seven-yard scamper to the end zone – to reclaim Western’s double-digit cushion, a lead they wouldn’t relent the rest of the way.

Miessan a centerpiece of the Carabins' tight defense that defeated the Laval Rouge et Or 18-17. The rookie recorded 7.5 tackles, three of which were for loss. Twice, he tackled the opposing quarterback to register sack. 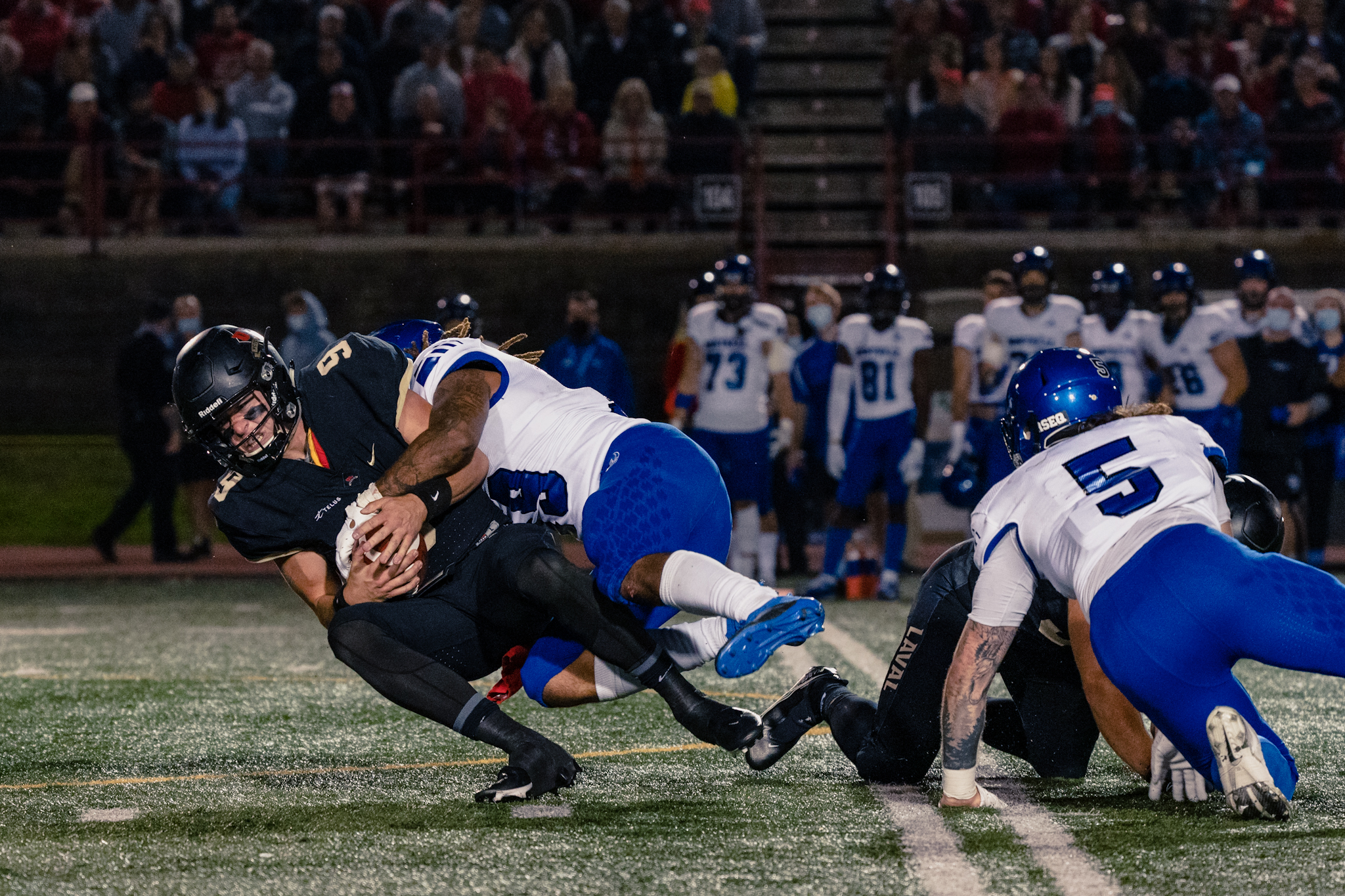 Hutchinson was able to get his hands on a couple of York kicks in their season opener, wreaking havoc on both a punt and field goal attempt from the Lions. Not only did the arts major’s efforts prevent York from putting points on the board, but he helped Laurier turn the table to achieve scores of their own and put the game well out of reach. 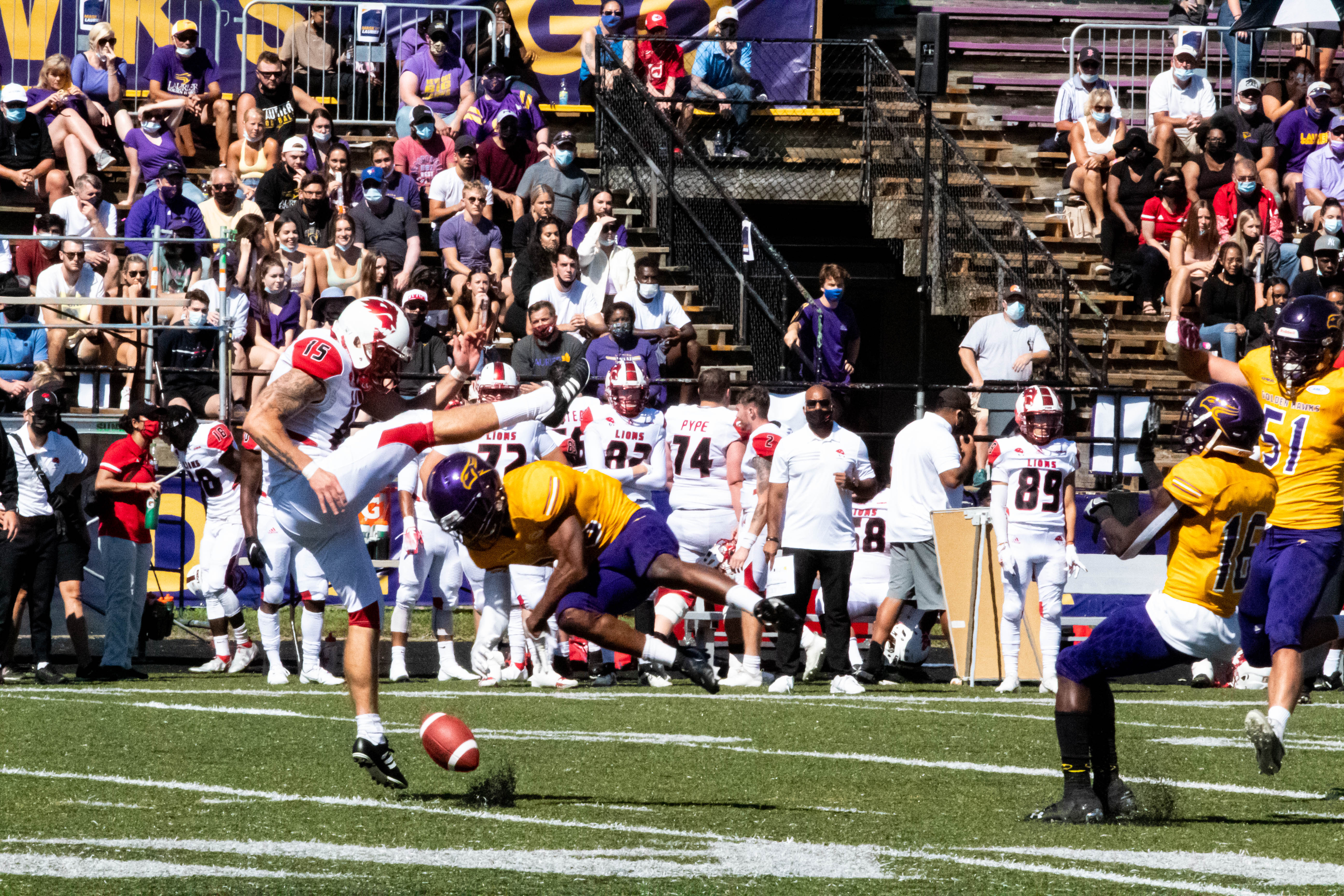 Hutchinson capped off his well-rounded game with an interception and nine tackles on the defensive side as well.

Top 10 Tuesday: Western, Laval open at No. 1 in football and women’s rugby